You would think growing up Jewish I would look forward most to Hanukkah, when presents rained down. But for me, it was always about the food.

My home was filled with the smell of my mother’s roasted chicken on Fridays and brisket on Rosh Hashanah. We’ve been eating at the same Chinese restaurant, Jade Island, for over 40 years! And next door to that Chinese restaurant was a Jewish delicatessen with their glorious overstuffed sandwiches of fatty smoked meat (usually pastrami) on rye bread, smothered with spicy brown mustard (because yellow mustard is simply an abomination), flanked by cole slaw and baked beans with a whole kosher dill pickle.

But it was Yom Kippur where I became enamored with three letters: L-O-X. (Yom Kippur is the Jews’ non-sanctioned version of the Roman Catholics’ Feast of the Seven Fishes, but a lot more serious and holy, as we’re supposed to atone for our sins by throwing bits of challah bread into a river – see, even atoning involves food!) This gloriously glistening and silky orangey cured fish stood out from all of the other fishes. Which is hard to do when you’re competing with heaps of herring in cream sauce, buttery sable (aka “poor man’s sturgeon”) and sumptously whipped whitefish salad.

A bagel with a schmear (that’s a thick spread of cream cheese) and layers of thinly sliced lox is a classic New York breakfast-any-time dish. Maybe the most New York dish of all time – take that pizza! Perhaps adding a slice or two of tomato and onion and sidling it with some capers and olives, maybe even cucumbers should the mood strike you, makes this the greatest and tastiest combination of food! 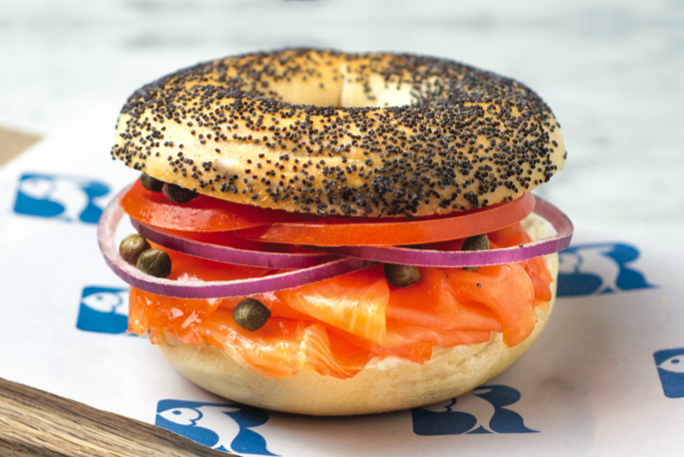 The classic combo: bagel, lox and cream cheese and all the trimmings***Courtesy Russ & Daughters***

You might be wondering: But what about smoked salmon? Isn’t it the same? No. Lox is cured, not smoked. Smoked salmon is cured or brined, then smoked. Sadly, many places across the country, even in New York, use “smoked salmon” as a catch-all for all smoked and cured fish, but it’s flat-out blasphemy. And we Jews invented blasphemy, too.

Simply put, lox comes from the belly of the salmon, the fattiest and richest part of the salmon, making it the tastiest, and, quite frankly, the most stunning.

But what about nova and gravlax, you say, perplexed, perhaps a little frightened? Not to confuse you too much, dear innocents, but nova is salmon that’s from Nova Scotia, Canada and cured then cold smoked. The color and flavor is bolder than lox. Explaining the difference between cold and hot smoked is just going to overcomplicate things. Gravlax is Scandinavian, similar to lox in being cured, not smoked. The brine is typically a combination of salt and sugar, a whole lotta dill, dashes of aquavit, more dill and more spices. And more dill.

This all sounds delicious so you now must be asking: Where do I get my hands on such a delicacy? First thing you need to know is you do not go to a delicatessen — those are for your pastrami on rye. To feast on this fish, find yourself an appetizing shop, a store, simply put, that specializes in foods you eat with bagels. There are a few notable places across the United States like Wexler’s in Los Angeles, but the be-all and end-all for appetizing is Russ & Daughters in New York, who’ve been perfecting the lost art of hand slicing lox since 1914.

Making lox is similar to making gravlax. You simply cover the entire piece of fish – I prefer North Atlantic salmon – with the entire mixture of ingredients. For every pound of salmon, use 1 cup salt, 1 cup sugar (I like to use half white, half brown sugar) and fresh dill — I chop up the dill and mix it into the cure. For a citrus cure, add the zest of a lemon, lime and orange. Then wrap the salmon tightly in plastic, placing it in your refrigerator with a heavy weight, like a grill press, on top of it, turning it two times a day. The fish will absorb the flavors and will be ready in about two to three days.

When the wait is over, you’ll realize why lox is the real deal and that the so-called salmon of the smoke is just plain…fishy. 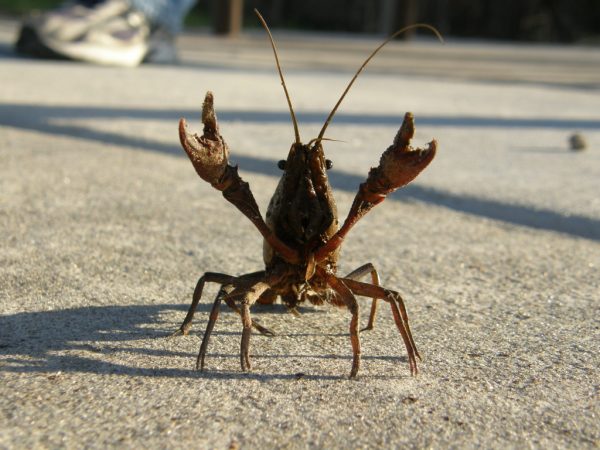