People have been sucking down raw oysters for thousands of years (and there is no other way to eat them raw but to swallow ‘em whole), and recent advances in breeding and harvesting techniques have made them not quite the bacterial Russian roulette of food poisoning. Forget what Mama said, you don’t have to only enjoy them in months that end in “R.” Or did she say not to eat them in months that end in “R”? God help us…

When America’s western border was the mighty Mississippi River, oysters were the food of the working class. Which makes sense, because you’d have to be pretty damn hungry to employ so much effort for the marine life equivalent of boogers. They were so popular that they became scarce, which meant, of course, that rich folks took notice. The pearls weren’t enough; they had to eat them, too. Someone started a rumor that raw oysters were an aphrodisiac, and they became date night food for the truly brave: There’s always the chance it could go south. Food poisoning, you know.

There is nothing to be afraid of with cooked oysters, so for first timers, start there. Chargrilled is the best way to get a safe load of full-flavor, and you will find no better tiny fellow than at Felix’s in New Orleans. They do some serious wizardly magic with melted butter and fire, and the whole process is on full display in the front window for wobbly Bourbon Street patrons. Another trick for first timers is to try Oysters Rockefeller — think oysters with training wheels — baked with some grated cheese, butter, green stuff (parsley, spinach, celery, etc), and bread crumbs. They’re named for John D. Rockefeller, as he was the richest man in America when when they were created by New Orleans’ Antoine’s Restaurant in 1899. And like all good sacred holy things, Southerners perfected the art of frying them, often in a cornmeal batter, or if you’re Goddess of Lowcountry Cuisine Paula Deen — a panko mixture.

Raw oysters should be eaten immediately after they have been shucked, and minutes from their untimely and delicious death. Saltine crackers, hot sauce, and horseradish make excellent texture buffers. The key is to make sure you trust the source — find out exactly where they were harvested. Farm-raised doesn’t necessarily mean they are safer than wild. Have someone else shuck them for you, and if you find yourself in Toronto, visit Pearl Diver, a hearty pub owned by Guinness World Record holder Patrick McMurray, who shucked 38 oysters in one minute. 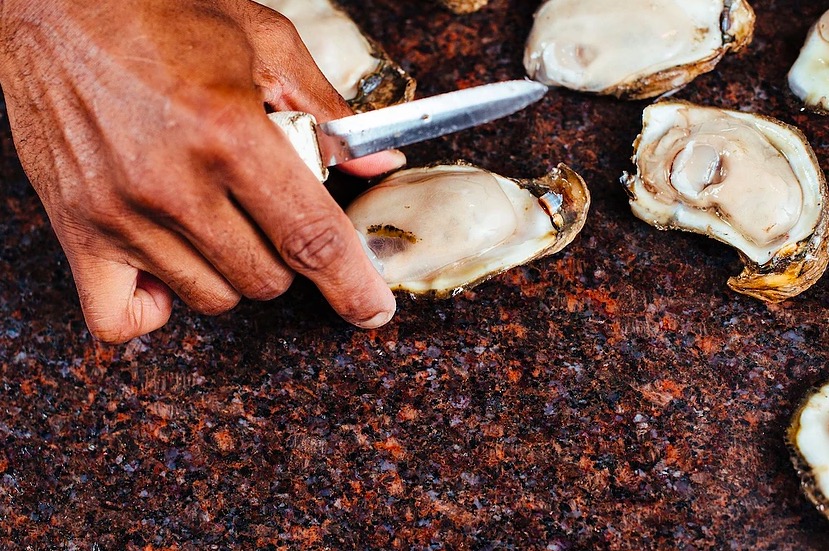 Do not try this at home***Courtesy of Felix’s, New Orleans***

Whether you choose to take your life in your own hands or eat them fried on crusty French bread in the form of a po’ boy, oysters have been consumed since the days before Jesus for a reason. No human would pry a small shell open with a dangerously sharp object if they weren’t worth eating.

The birthplace of jazz! What a wonderful world! 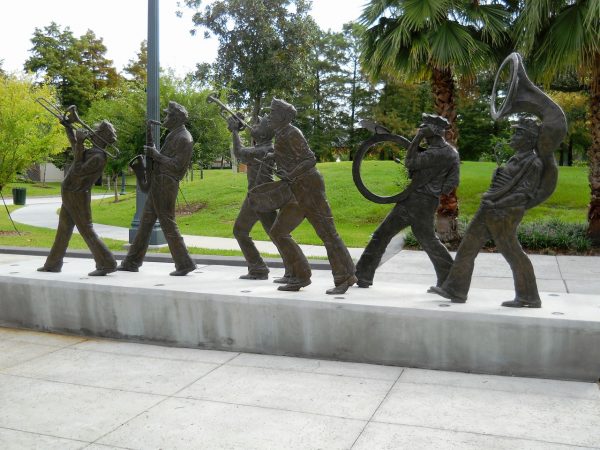