Once, active fishing kelongs were a commonplace feature across the inhabited islands of Southeast Asia, now they are few and far between. These architectural structures built on stilts over shallow sea have traditionally been used by fishermen to catch and farm their prey. But in recent years overfishing by commercial trawlers, plus pollution and rural exodus have contributed to the near obsolescence of this way of life. 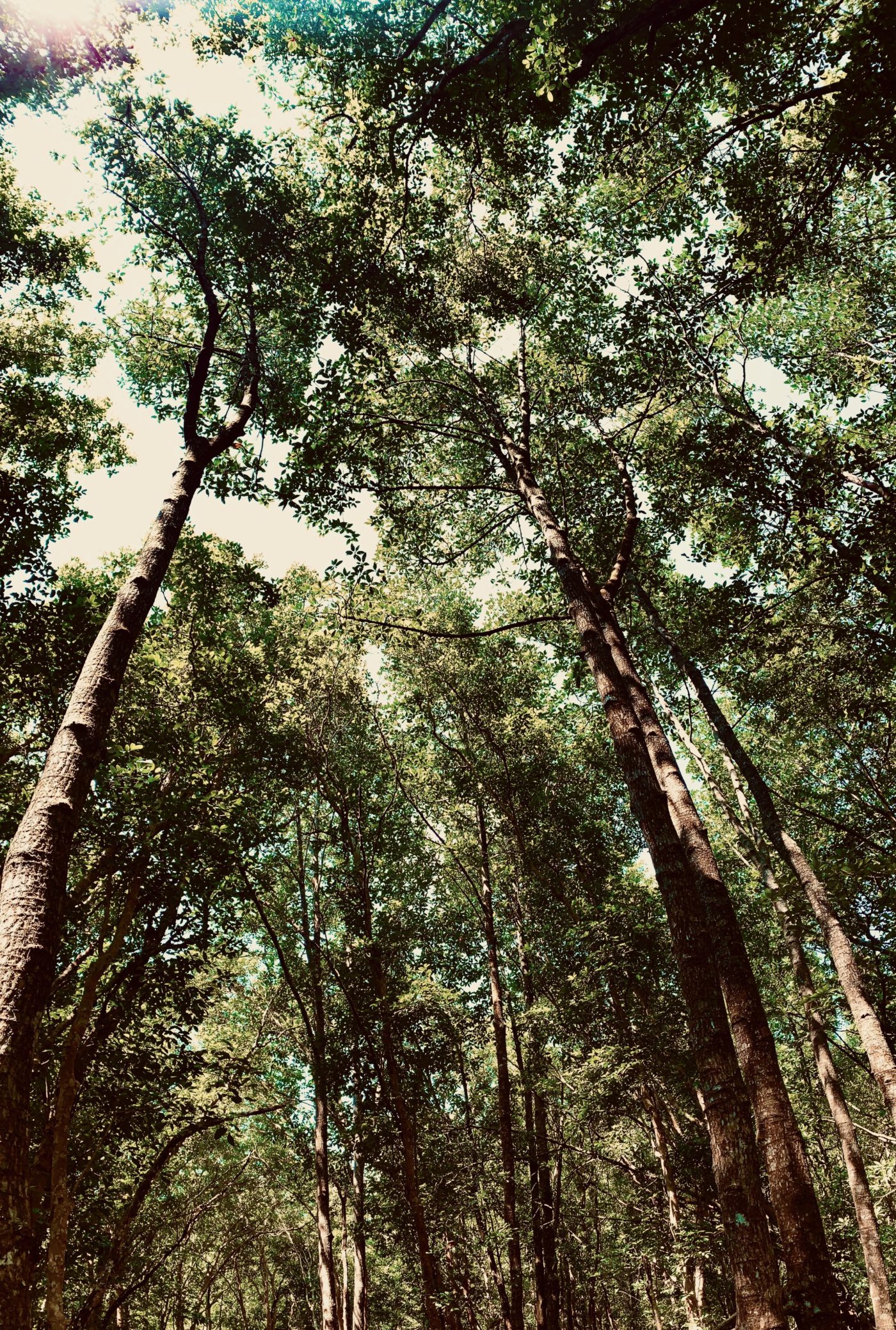 Some kelongs, however, are being reinvented as tourist attractions. On the Indonesian island of Bintan, one such pier previously used by local fishermen has been functioning as a destination seafood restaurant since 1998.

The Kelong Seafood Restaurant has become famous for its fresh crabs and siput gong gong (Indonesian for dog conch — trust me, better than it sounds!). Its adjoining Calypso Floating Bar, a picturesque little shack connected to the restaurant by a narrow boardwalk, juts out further into the ocean.

The repurposed kelong is located in the Lagoi district on the northwestern-most part of the island. It’s a walkable mile from the Nirwana Resort Hotel down an asphalt road flanked on both sides by primary rainforest. An equatorial walk is a sweaty affair involving fiendish mosquitoes, but it offers the magical soundscapes of the rainforest –– stridulating choruses of crickets, the shrill calls of an Asian koel, and if you’re lucky, a sudden rustling of leaves caused by a rare silvered leaf monkey brachiating through the branches.

The kelong appears at the end of the road like a rustic oasis on the glistening sea. A creaky, wooden gangway leads to the restaurant. Under its floorboards, the syncopated waves of the South China Sea can be heard lapping languidly. At the entrance to the kitchen fish tanks are filled with live sea creatures – lobsters, crabs, crayfish and groupers, soon to be sacrificed for the feasting of human predators.

Crab shells autographed by past diners cover a wall from floor to ceiling beside the aquaria. “I <3 BINTAN,” reads one message emblazoned across a bright orange shell. “Nice Place Hello,” reads another, penned cursively by a certain Zoe. One carapace sports “FAB MEAL,” a declaration undersigned by a long list of visitors from the UK. “Save the Animals” reads yet another, ironically or repentantly – and here rather futilely.

At the end of the gangway, the vastness of the restaurant is revealed, enveloped by panoramic ocean views stretching as far as the eye can see. Zipping between big round tables, processions of salted egg yolk crab, gong gong and stir-fried butter prawns are ferried by speed-walking waiters to eager patrons. Crisp white tablecloths defy the odds. Most are soon streaked with belacan (fermented shrimp paste) and globs of chili crab sauce — unintended Bintanese homages to Jackson Pollock circa 1948.

Dishes start to stream out towards my table in the order in which they are ready. First to arrive is the Kelong Crispy Chicken topped with delicious crunchy relish. Between mouthfuls of meat, I pick at the heavily seasoned Sambal Kang Kong (water spinach with shrimp paste) and dig into the generous mound of Pineapple Seafood Fried Rice. The food is good, but it is just a prelude of what is to come.

By the grace of Nyi Roro Kidul, Goddess and Guardian of the sea in Indonesian folklore, the gnarliest little crab is placed in front of me. We look at each other. Well, it can’t see me, it is dead. But we have a little eye to eye. I marvel at the wonders of evolution that have blessed this creature with such an eloquent form – a fierce exterior sheltering a soft core. It is a bit weird anthropomorphizing the animal one is about to eat. But I am truly in awe of the mighty samurai of the seas, solemn even in death. At the apex of millions of years of evolution, nothing could have prepared this warrior for its tragic and untimely finale: blanched and smeared in crushed peppercorns. If you are a tasty crab in these shallow waters, the game is rigged, not in your favor.

What follows is a symphony of cracking, tearing, licking and slurping. Every last fragment of succulent flesh is plucked clean off its shell. Black pepper sauce drips down my chin and I don’t care. I usually loathe having to dissect my food before devouring it, but this time is different. I consume as much as I am consumed by the flavors, the textures, the ritual.

The revival of the kelong as a tourist spot allows me to indulge in this gastronomic debauchery on a balmy afternoon. The fishermen are long gone. Around me are people in sun hats, armed with selfie sticks and thick layers of sunscreen. Transnational tourism is the new name of the game.

As digestion-induced contemplative stupor descends upon me, I wonder if this is the future of kelongs in Southeast Asia. Are they destined to become bits of old school rural exotica? Will the customs, ways of life and people whose lives and livelihoods once revolved around them be forgotten, while the architectural spaces are dressed like borrowed skeletons?  Or am I being romantic?  Perhaps this inexorable fate is better than option B, which is the one where kelongs simply vanish, relegated to the history books with the hand plow and the battle axe.

Sitting blithely in the midst of great natural beauty, I stare at my phone, like tourists do. Pulling up articles about the development of Bintan into a tourist haven, I read about a 338-hectare development a few miles to the South. Over a 20-year period, the island’s largest integrated resort will be built there, with accommodations ranging from tents to serviced residences for high-end visitors and buyers. The megaproject already boasts the Crystal Lagoon, South-East Asia’s first man-made seawater pool spanning 6.3 hectares (about the surface area of 50 Olympic-size swimming pools). There adrenaline junkies can zipline, get propelled into the air by jetovators and ride underwater scooters to their hearts’ content. 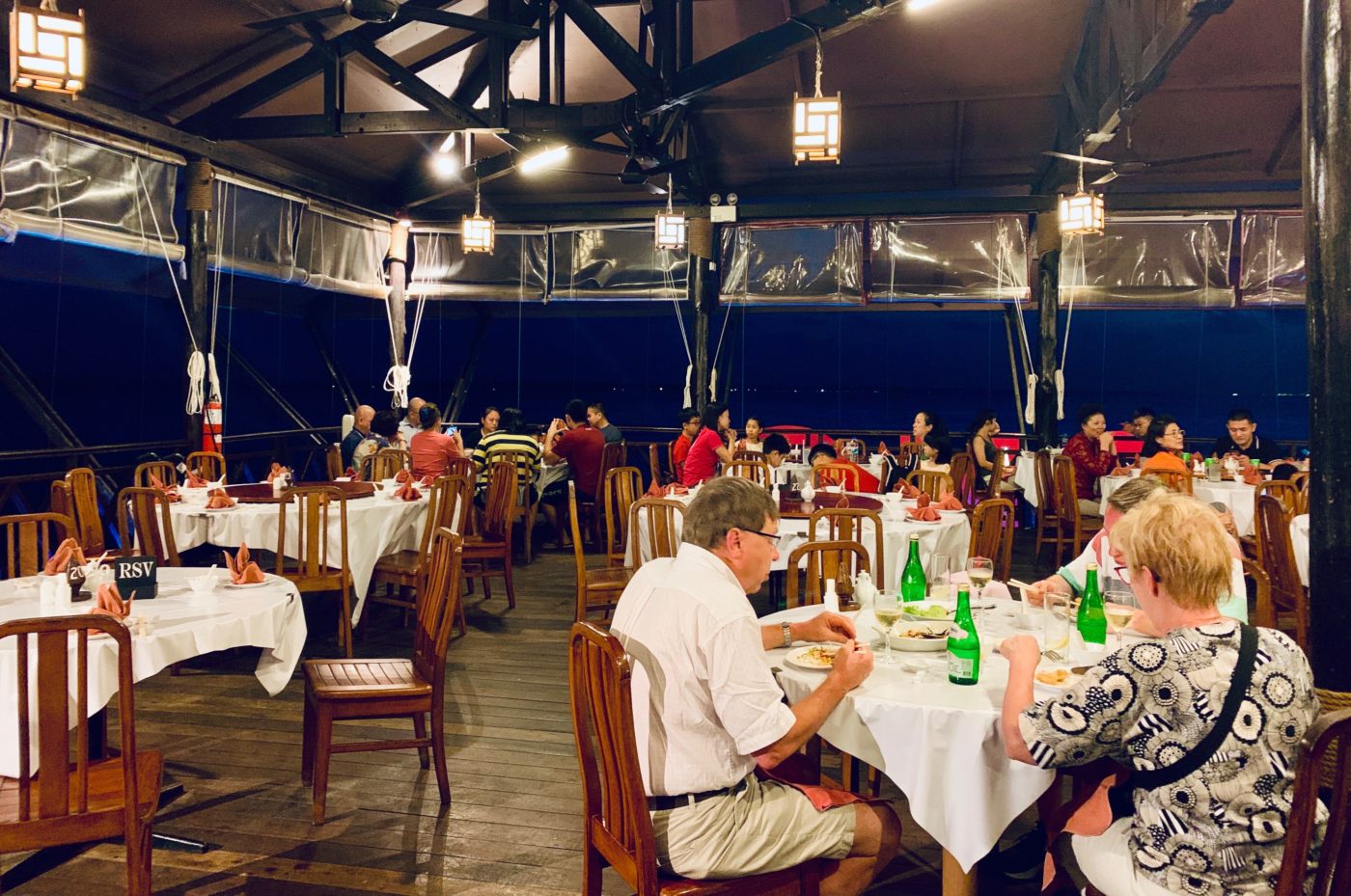 The more I read, the darker it gets. And I am not talking about sunlight. The history of touristic megaprojects in Bintan has been fraught with protests by displaced local villagers not properly compensated, as well as massive environmental destruction. Think 300 hectares carved out of mangroves for this project alone.

Yes, the renaissance of the humble kelong as a tourist attraction is another side of the same coin. But at least this kind of development ensures the continued existence of the traditional construction. The kelong stands its ground, a physical reminder of its past life.

Nothing stays the same forever. But some changes are less hard to swallow. Maybe I will write that on my crab shell.