Well to be perfectly frank — it’s impossible to say.

According to Gallup’s latest numbers, roughly 5% of America identifies as LGBT and guess what, it is more than ever before. Now, we’re not including the millions of closeted people, or people who choose not to identify, or the margin of error (which I happen to think could be rather enormous). Point is, it’s pretty gay out there (And to be clear, I am using ‘gay’ here to make it easier to read, as I mean to absolutely include every variant of the entire community in this — everyone, everywhere).

Realistic data for an entire section of the world’s population is completely unattainable: in over a staggering 70 countries it’s a criminal offense to be gay. In more than a dozen countries it is punishable by death. Brunei being the most newsy of the death-by-stoning places around the globe, with their recent social policies. So it’s about time that we throw out the trite photos that gay magazines and advertisers use of muscled tight boys in even tighter speedos. Yes they exist, but so does everybody else. And only once we throw out these stereotypes and templates can we assess the great community with an inch of respect. And, whilst I have you: no, lesbians aren’t lipstick or butch. Even I know that. 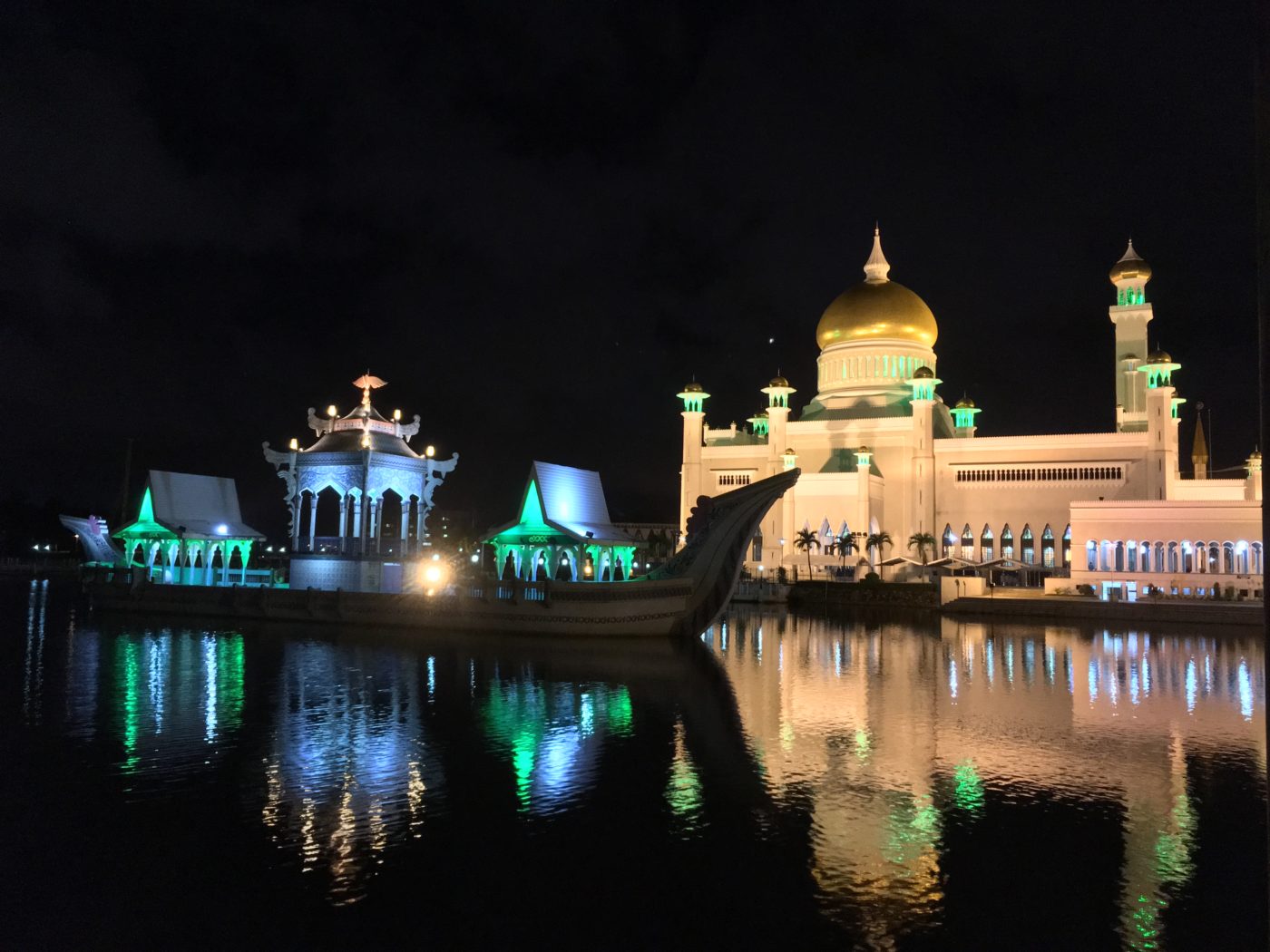 Brunei, not gay friendly, to put it mildly

So we might not be reading every day about how gays are being rounded up and prosecuted all over more conservative countries, but the realities are truly grim — because news does not always make it out. And let’s remember that roughly half a century ago they were doing exactly the same punitive things to gay men traveling around in parks in Britain — and let’s not forget the chemical castration madness that hero smart coder Alan Turing had to endure.

And then there’s the gay rights issue in countries like America — yes so many battles have been won. But that war is ongoing. A bigoted judge, a more conservative Supreme Court, a homophobic TSA agent or police person — well, throw all these people into the mix and then think about traveling around the country. Remember they are still sending homosexuals to conversion camps in this very country, right this minute, something dear to the heart of our former Vice President, a man who was that one last Trumpian cheeseburger away from the presidency.

There are parts of this country, and that includes 19 states, where you can be fired from your job for being gay — if that’s the ethos, imagine how welcome you are as a traveler to these places, right here in America…

So yes, it can be hard for the gay community to travel. Of course, there are the quintessentially gay friendly cities that have advertised themselves to be open and accepting for the last few decades — Tel Aviv, Barcelona, Cape Town, Sydney, Philadelphia (with a special mention here for being pioneers: “Get your history straight and get your nightlife gay”), etc. And there are other places in the US that the gays have long found refuge in: Fire Island, New York City, Provincetown, Palm Springs, San Francisco, and plenty more.

And some places just take this viva gay thing to new levels of inclusion. Just take the deserty hot house of gorgeousness, Palm Springs, it’s one of the gayest places I’ve been to on the planet and it has fostered something that feels inviting to everyone regardless of sexuality or gender. As Randy Garner from the Palm Springs Bureau of Tourism points out, claiming top spot: “Palm Springs is the leading LGBTQ destination of the world, with the largest collection of gay resorts in the world, plus the support of an all LGBTQ City Council.”

I mean, in the ‘80s, The Pines, off Long Island in New York, became a place where gay men could go love freely without the watching eyes of the Reagan administration. The island, 90 minutes from Manhattan’s Penn Station, became the perfect weekend escape from the city. Today it’s still very gay, but since the law is on our side for the most part, and gay marriage has passed, well, let’s just say the island is very different now: from strollers, to all your straight friends en masse. 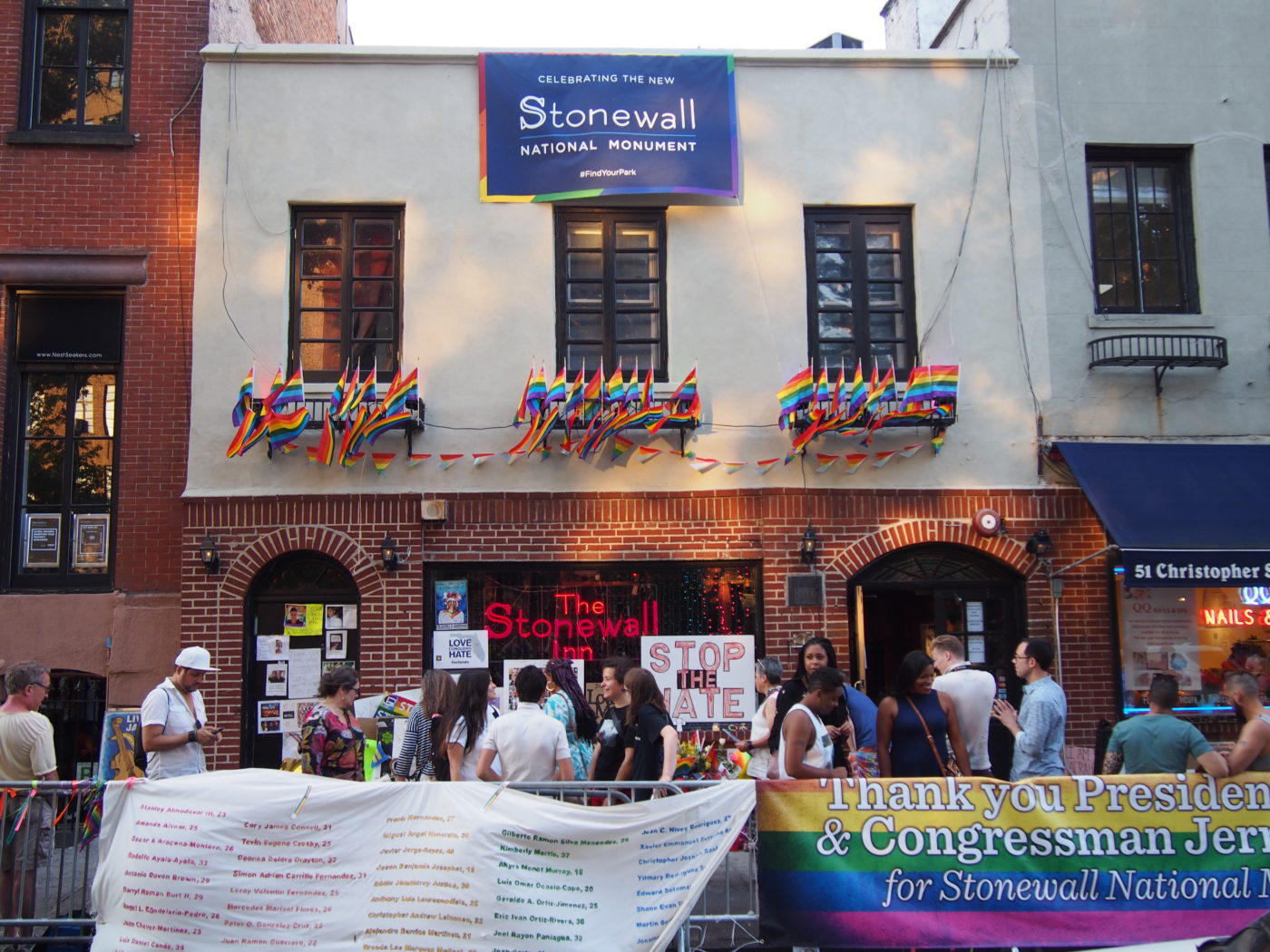 Stonewall in NY City, where the US gay rights movement really kicked off 50 years ago***Rhododendrites/Wikimedia***

So what are the worst places for gays to go to or be in? Besides Brunei (where you might not get stoned to death for sure, although you might, and who wants to throw those dice? But you definitely can get locked up)  the list is exhaustive. For instance, a large part of the Middle East is tricky. As a LGBT human I have spent a lot of time in these countries, and I didn’t particularly feel unsafe, but being unsafe isn’t always on the surface. In Pakistan and Dubai my white skin made me stick out more than the fact that I have a husband. But, as with everywhere, traveling requires you to be more vigilant than when you’re, say, standing in your kitchen or standing in your office perhaps. Prejudice is everywhere — there are hate crimes against the trans community every single day even in New York City. And isn’t that supposed to be the pinnacle city of acceptance and inclusivity?

So that’s why it is crucial to show the world that New York is, in fact, one of the most progressive places anyone could travel to. It has an energy of acceptance and tolerance. Your freak flag is welcome here. And 2019 was the biggest Pride celebrations ever in the history of the city. 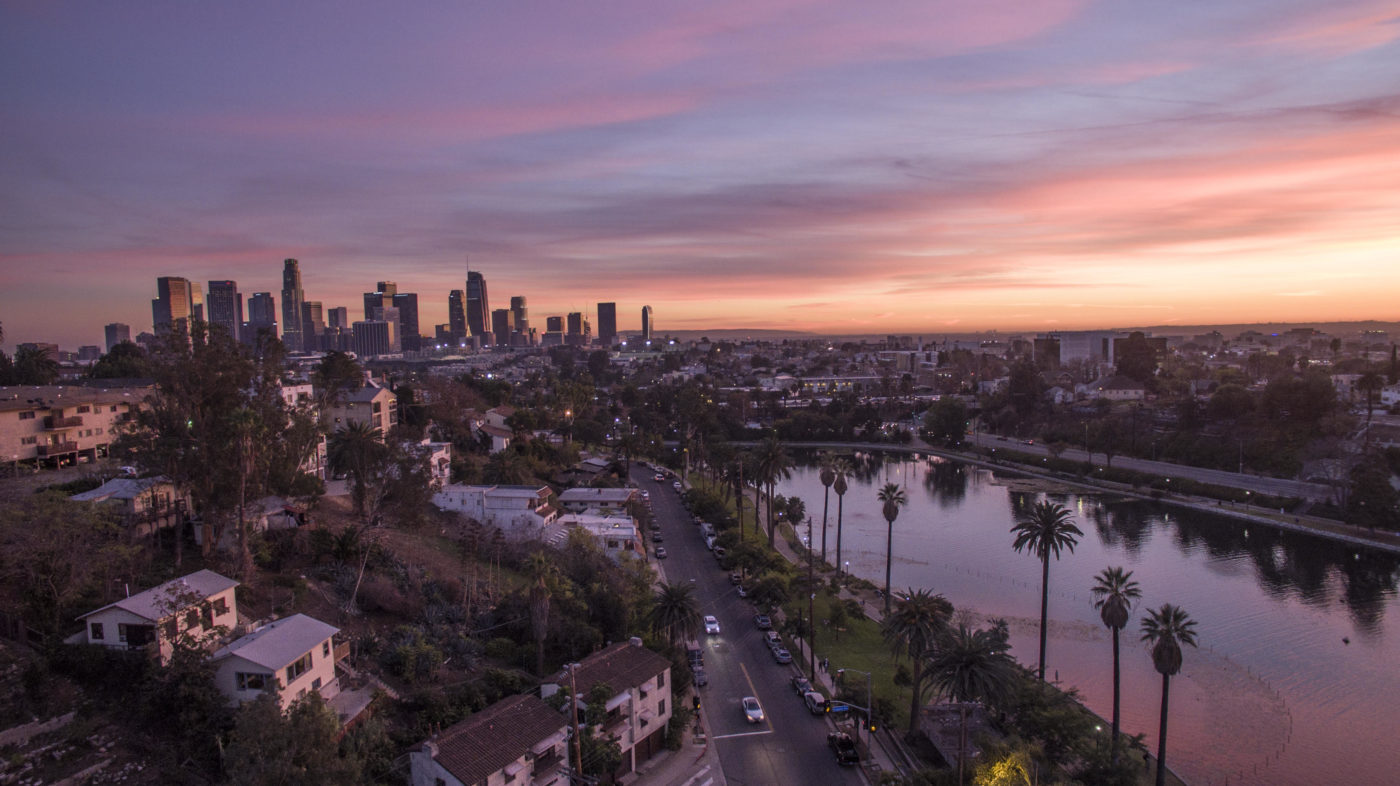 Echo Park Lake, in Downtown Los Angeles. DTLA has been a vibrant gay scene for a while***Adoramassey/Wikimedia***

Tel Aviv as a city is very, very pro gay and has one of the biggest Pride marches on the planet — but the rest of the country mostly frowns about anything homo. So how gay friendly is Israel really? And that’s just the thing, in many parts of the Middle East, it’s not necessarily just the fear of getting locked up without a fair trial, or being physically harmed, it’s about family and society and how people look at you. The pressures to get married, to make a conventional family and to do that in a mostly orthodox way is what a lot of gay people feel in more conservative countries, in particular the Middle East, Africa and Asia. And let’s not forget Russia: a place that I personally have partied harder than anywhere else in the darkest underground scenes that make Berlin’s club Berghein look vanilla. The scene in Moscow is boppin’. But lots of gays are scared for their lives.

Perhaps the dichotomy of the danger and thrills is exactly what spurs the greatest sexual adventures as we go deeper underground.

And all of this affects how people move around this world, how could it not? Of course, I do think about where I am going and how I can respect the local culture — I don’t need to force my beliefs or my way of being onto a place. So yes I cover my knees when I go into a place of worship, I don’t do anything sexual with my husband in front of others in places where this behavior is frowned upon, and yes I think carefully about going to an underground illegal gay bar in Saudi Arabia. But the 2016 Orlando anti-gay nightclub shooting for instance, or the many, many hate crimes in Paris, have made me realize bad things happen anywhere. 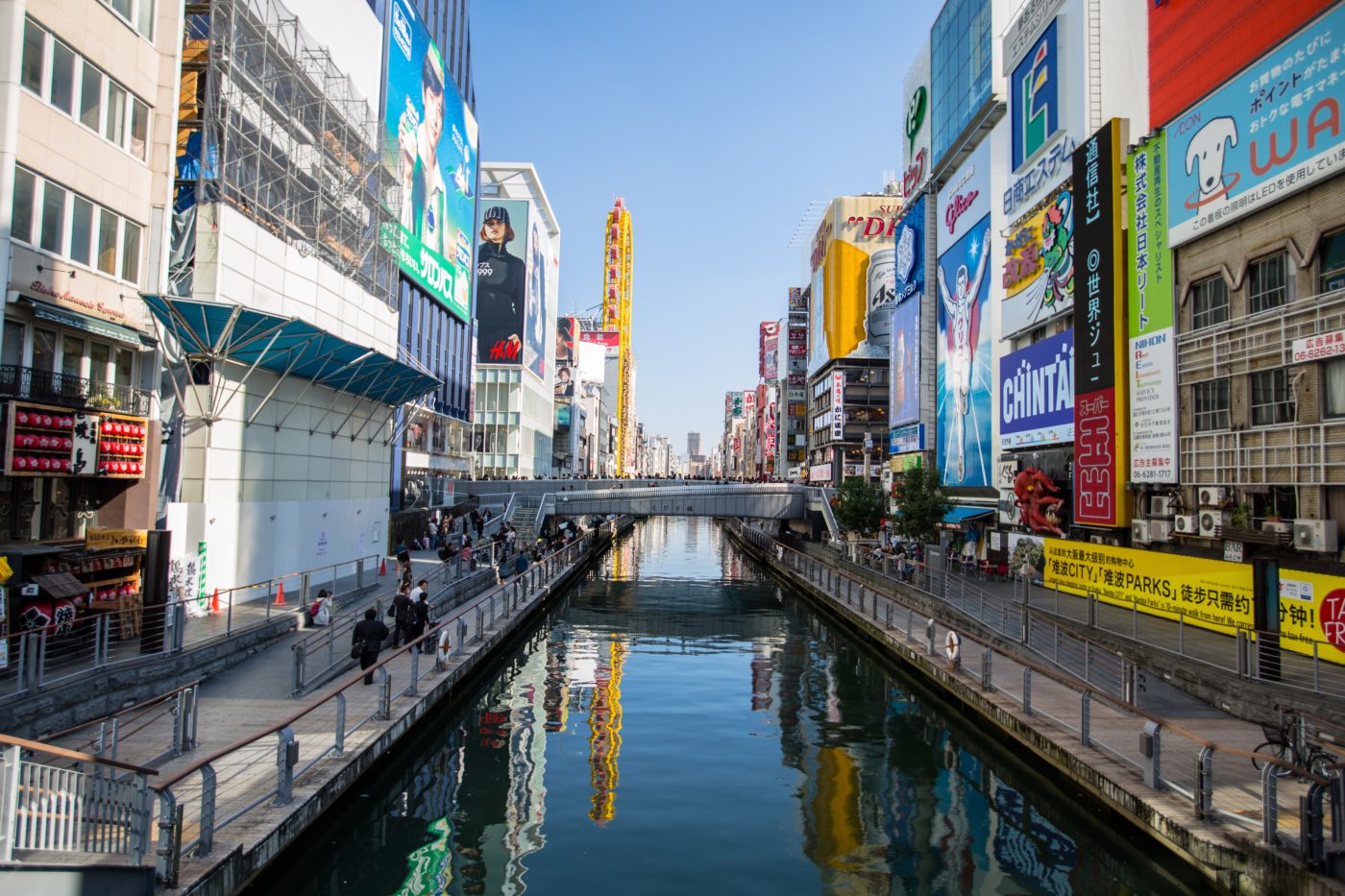 Japan has long been accepting

“Fifty years after pioneers rallied for equality at Stonewall, tourism has become a unifying force in the LGBTQ community,” says Jeff Guaracino, President & CEO of Visit Philadelphia. “Small group tours, individual trips and chartered cruise ships have created secure places for LGBTQ travelers to gather and experience the world together. The impact of LGBTQ travel has even framed boardroom discussions on the economic power of the community. However, tourism is still not universally safe for all travelers.”

My job (as a travel writer and just as a traveler) is to show how ‘normal’ I am, how ‘normal’ being gay is, and then to show how ‘normal’ is just a lie, and I travel the world with this attitude. Exposing people to the “Other” and not thrusting it in their face, does slowly make the difference in opinion. This is not a sprint across the planet, it’s a very slow marathon that I intend to run for my entire life.