What happened to all the gay bars? Those heady days of flirting across the dancefloor, stepping in time to Kylie? Dating apps are the new norm and the gays were there first (of course), but many American and European cultural capitals are losing their LGBTQ venues. Such is the concern that London’s Mayor, Sadiq Khan, has set up a task force! Traditionally, the gay scene is an indicator of a buzzing nightlife, good music and style, so this is a loss for all of us. But not in Downtown Los Angeles. Cue music….

Here in DTLA, we’re bucking the trend with four new venues opening in the past two years. Pershing Square, at the very heart of DTLA, hosted its first Pride festival last year and a recent Queer Block Party at the annual Bring Back Broadway festival, is placing DTLA as the gay destination point of LA LA Land, stealing the tiara from West Hollywood’s rather tired Queens.

Here’s my list of the 5 most fabulous gay spots in Downtown Los Angeles, all within walking distance of each other. Go to one, go to all five! 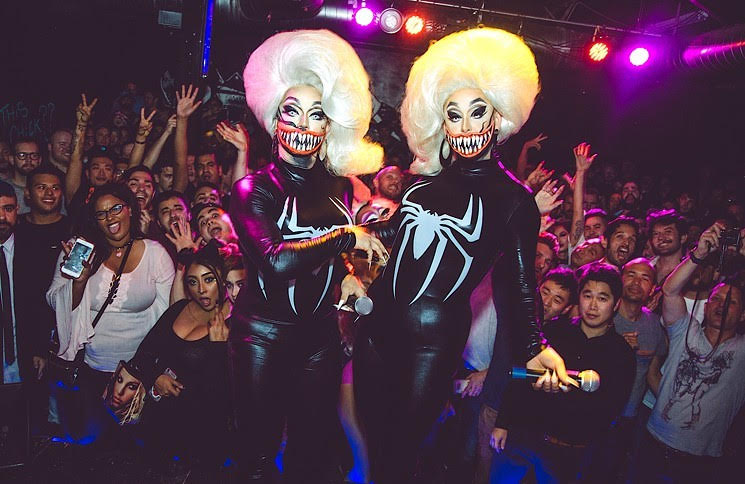 Combining the down and dirty feel of a leather bar with spectacular drag shows, Precinct is sashaying it’s way to a unique space on the homo map. Friday’s are hosted by The Boulet Brothers, creators of Dragula TV. It’s fun, filthy and feels inclusive. The East L.A. Latinos collide with Downtown hipsters, glued together with superb music. www.PrecinctDTLA.com 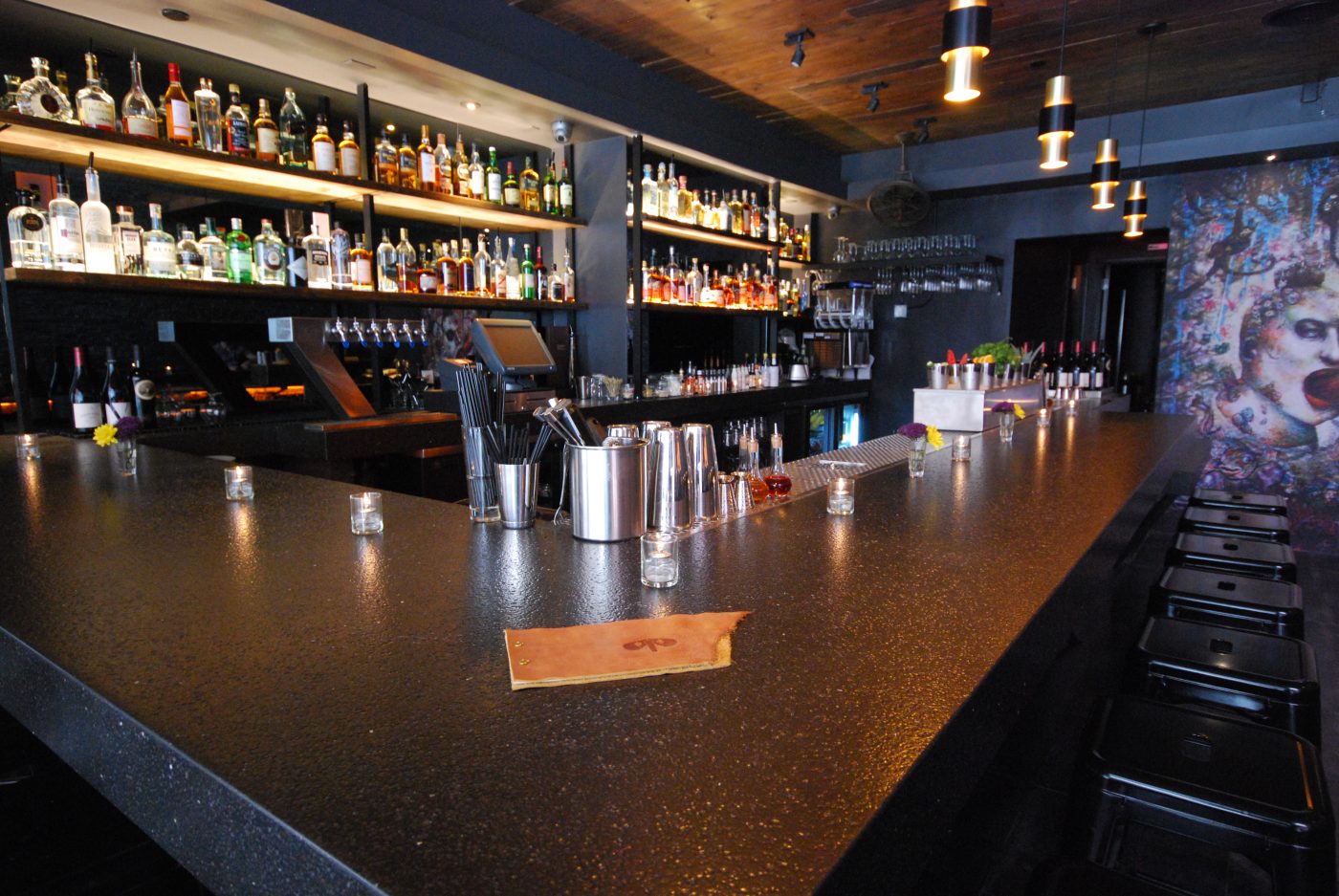 If the art of conversation and cocktails are more your thing (what, actually chatting someone up?) The cool and modern Bar Mattachine, is perfect. With a street-side terrace and intimate lounge upstairs, the ambience is more upscale but with LA’s laid back friendliness. Visitors and locals mingle and you’ll get the lowdown on this happening neighborhood. Mattachine, of course, was one of the first gay rights societies in America, and this bar celebrates LA’s place as a forerunner in gay liberation. www.facebook.com/BarMattachine 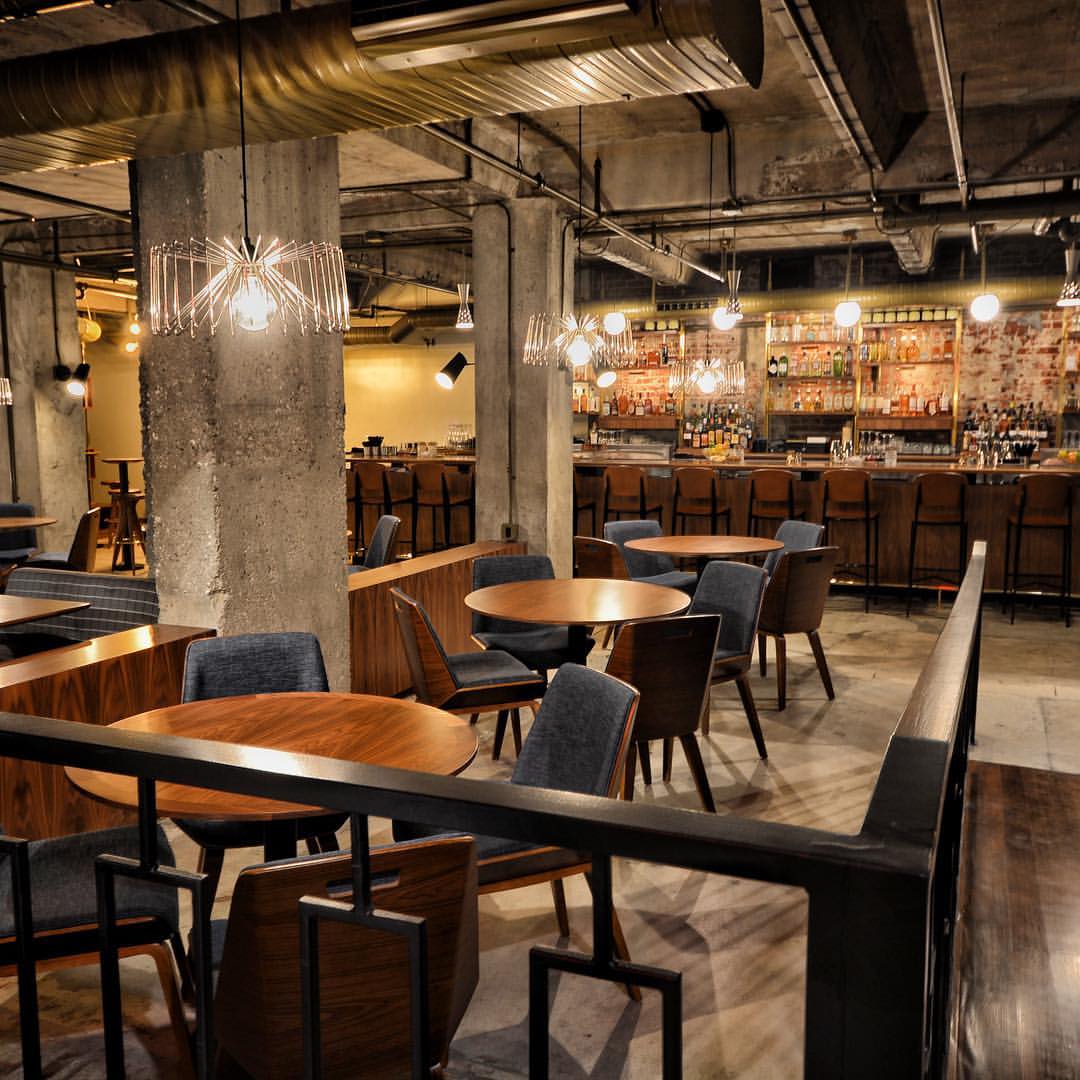 Many cultural gems in LA must be discovered through perseverance; you need to open a door or two to find the magic. Birds and Bee’s is an underground cocktail bar at the back of a parking lot, on Broadway. The location would fit perfectly into a film noir starring Humphrey Bogart and Barbara Stanwyck, and since this part of town is one of Hollywood’s favourite film locations, it’s easy to feel like you are immersed in the movies. There’s a Violet Hour from 5- 7pm where the classic cocktails are $8. The mood is mid-century modern and the menu sparkles with 50’s TV-star drinks, the Desi Arnez, a spicy daiquiri or Lucille Ball, a strawberry and saffron tequila. Popular with the metrosexuals and in a town where ride sharing is the norm, at last folks in LA can have a drink! www.birdsandbeesla.com 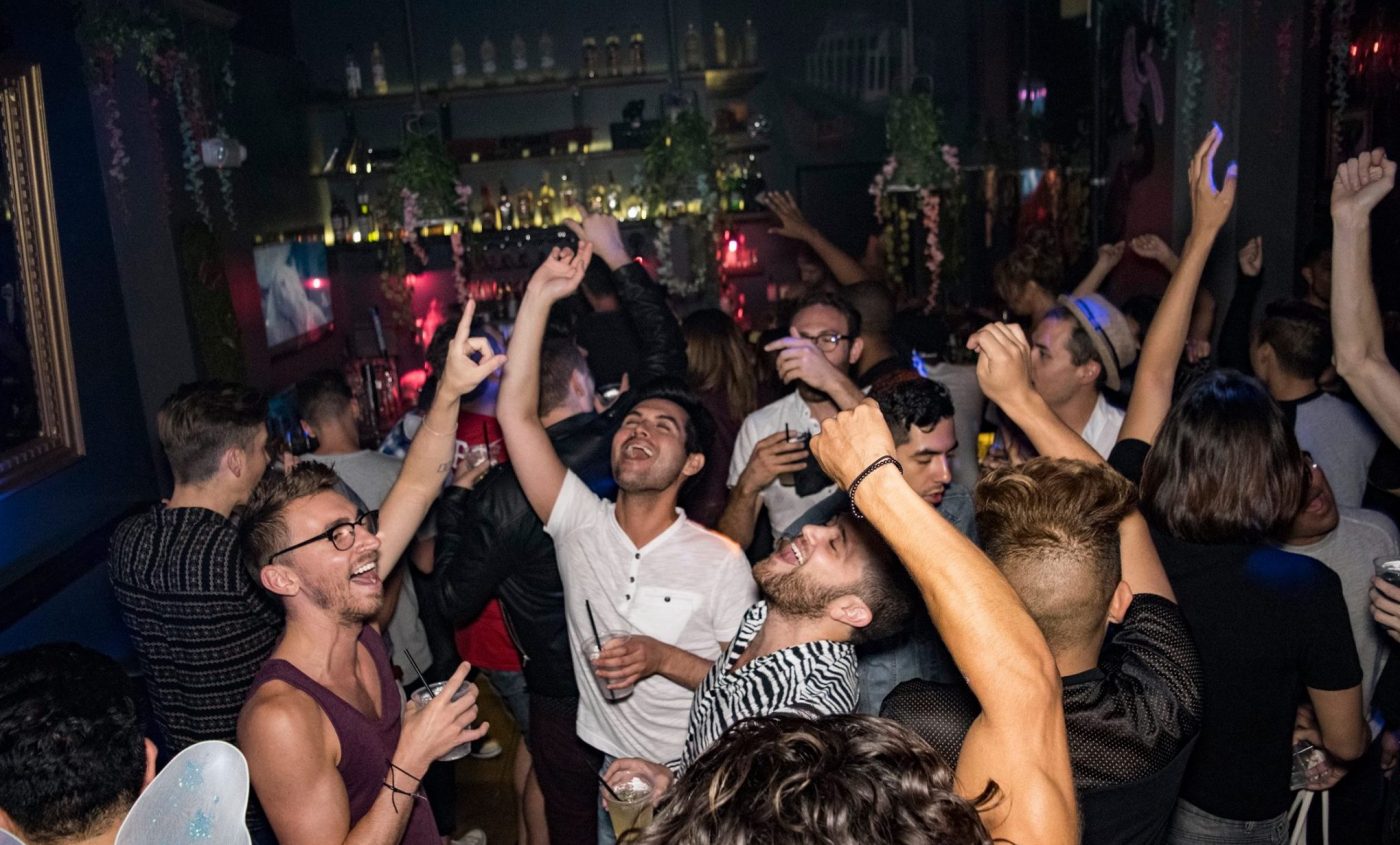 Downtown Los Angeles fell off the map for several decades but always had an edgy gay scene, going back the days when Ramon Novarro and closeted stars of the Golden Age of Hollywood cruised the bars of Main Street. The recent conversion of many of the historic buildings into loft living has created street life in a city where nobody walks. Redline leads the way as the nightspot to the progressive, artsy, techies that live around it. Bottomless mimosa Sundays, Taco Tuesdays, Eggplant Friday…wait what? Bump and grind with the local talent, friends with benefits or there’s no shame in stuffing dollar bills into the panties of the stripper. Did I mention bottomless mimosas? The owners live in the same building, so you get a laid back, local bar feel with great sounds and no need to schlep over to WeHo. www.redlinedtla.com 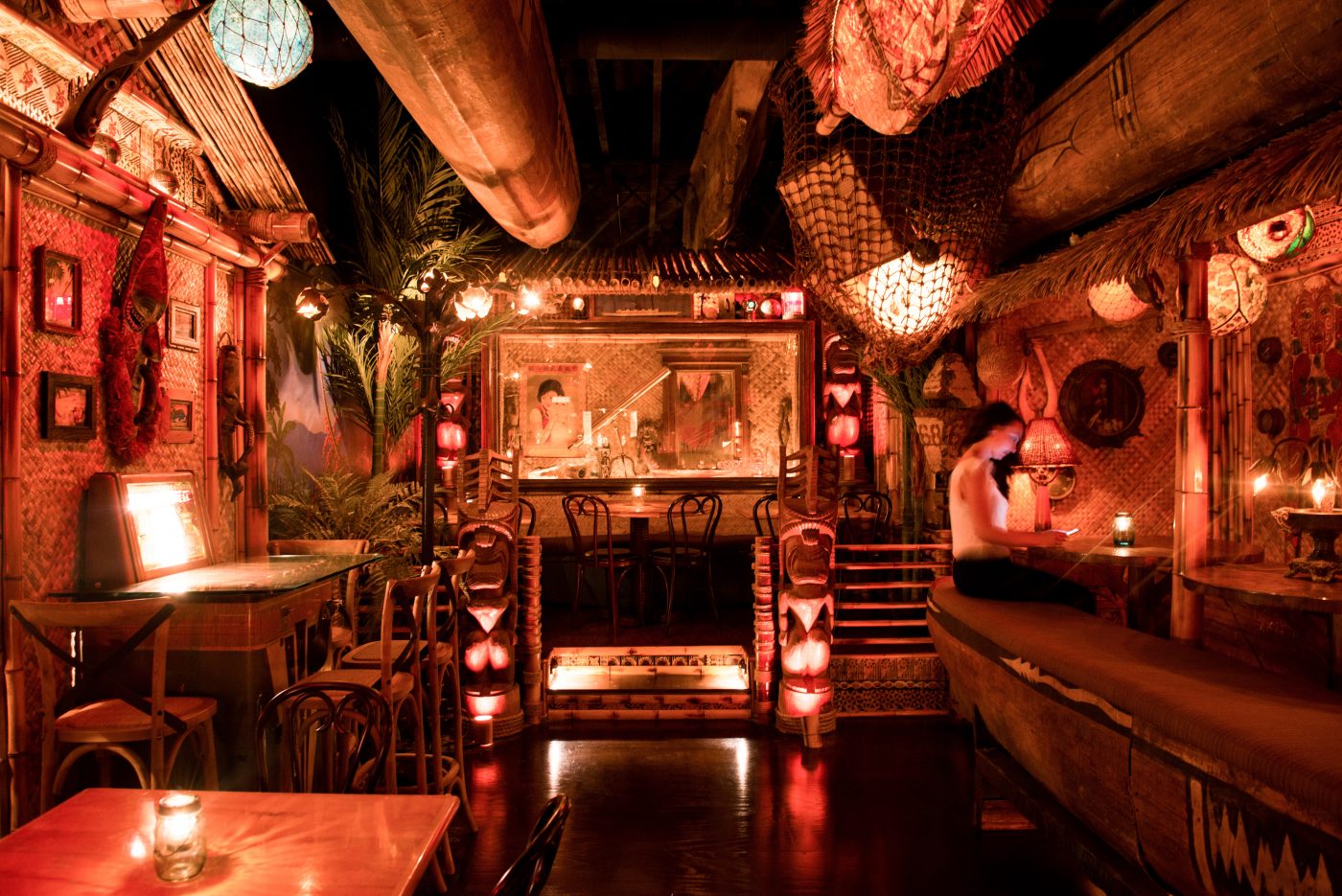 This is the wild card and you will need to invest in a Hawaiian shirt to visit, it’s de-rigueur here, darling. This Downtown institution has been around since 1935 and is on the right side of kitsch! Tiki themed cocktails and the coolest kids on the block mingle with a metrosexual, vintage-loving crowd. With excellent service, this uniquely Los Angeles experience is like walking onto a movie set, they even have Hawaiian dancers on a Saturday night. Cliftons must be experienced to be believed.  www.cliftonsla.com/pacific-seas