“Midnight at the oasis, send your camel to bed…let’s slip off to a sand dune, real soon—and kick up a little dust…”

Every story about sybaritic excess really ought to be enjoyed with a soundtrack and a glass of something nice in your hand. Oh go on, I just suggested the music, go grab a drink.

Maria Muldaur was practically breathing her hit song in my ear as I took the call from Maserati. Why? Because in the other ear, my friend, Matteo, was inviting me to Abu Dhabi to drive the new 2018 Levante SUV in the sand. He had my “yes” before he finished his sentence. It was a personal trifecta: 1) go someplace extraordinary I’ve never been before; 2) do it all squarely in the lap of luxury; and 3) drive a new Italian machine (my ringtone is a Maserati GTS going zero to 100, which I personally recorded—a story of speed and aural stimulation for another day).

Most of all I loved the romance of it: Take Maserati’s big, bold and beautiful new off-roader to the big, bold and beautiful sandbox of the UAE—an odd-couple match made in heaven. I conjured the image of myself behind the wheel of the sexy five-door brute, laughing with joy as plumes of golden sand fanned behind me. What could possibly go wrong?

A few weeks later my adventure officially began in LA, where I boarded the Etihad flight to Abu Dhabi. Maserati had artfully placed me in business class, but 15-or-so-hours on any plane wears thin—no matter how sopping the service, warm the cashews or generous the wine pours.

I landed in the humid evening, was whisked through the airport by handlers and then chauffeured to the St. Regis Abu Dhabi, a hotel perched on the Corniche, the western edge of Abu Dhabi’s main island overrun with parks, bike paths and fountains. The grandly proportioned hotel left no detail out—orchids by my leather bed, a tub big enough to sleep in, dinner available at 800 feet above the ground on the helipad (since that’s only offered once a month, I went to the swish Thai restaurant on property instead), and drinks on a terrace with a view of the Persian Gulf and the city’s spires that nearly made my heart stop.

Dinner is served. On the Heliport. In the sky, at the St Regis in Abu Dhabi*** The St. Regis Abu Dhabi***

But there was no time to linger and appreciate. The next morning, we—a small handful of fellow journalists and I—were off. Maserati Quattroporte sedans lined the front drive, taking us two at a time for the two-and-a-half-hour journey to the fabled dunes of the Emirate of Sharjah, the third largest of the United Arab Emirates.

We took one much-needed stop at perhaps the coolest rest area I’ve ever seen, called the Last Exit. In the middle of nowhere stood a lineup of pristine Airstreams, each boisterously branded—a shiny Starbucks, a pop-art polka-dotted POP! Sliders, a sleek Urban Seafood and even a sombrero-topped Poco Loco. And a go-kart track!

Starbucks really are everywhere. This is a desert.

As the clock struck noon, we reached our destination, the Ritz-Carlton Ras Al Khaimah in the Al Wadi Desert. The sprawling hotel, built in an oasis, seemed like a mirage in the shimmering midday heat. A falcon-faced golf cart took me to my private villa (there’s falconry, archery, horse- and camel-riding, fishing, etc., etc. on property). Oh my. In the scheme of all the ridiculously sumptuous spots I’ve had the pleasure of gracing in my career, this one makes it into the top handful.

A vaulted, tented ceiling over the bed was a good start, as was all the intricately carved dark wood lining the walls. The bathroom alone was bigger than most hotel rooms. The separate den led out to my own private infinity-edge pool. A girl could get used to this…

But no—it was time to get down to Italian-engineered business. Maserati gave us a tech briefing at one of the hotel’s restaurants, the Farmhouse. As night fell, the glow of the marque’s trident festooned the stone façade of a lone tower that stood on a hill.

I won’t get all wonky-gearheady with you, but since I flew halfway around the world to drive the Levante, I’ll tell you a bit about it. It’s Maserati’s first SUV, powered by a twin-turbo V6 crafted by the geniuses at sister company Ferrari. Overnight, the Levante became not only Maserati’s best-selling vehicle (55% of worldwide sales) but also the fuel for future growth: the company sold 42,000 vehicles last year, and already by the third quarter of this year, it’s reached 50,000 largely thanks to its sport-ute. Nine out of 10 Levante buyers are new to Maserati—a car company’s holy grail. The 2018 Levante now has electric power steering—thank god, the hydraulic version I drove last year was heavy. And they added lots of technology including BTC (brake torque control) and DSD (deep sand detection—hardly necessary for anyone I know in the US, but hey), to name only a few. And my favorite detail of all: optional Zegna silk seats. The proud Italians told me that they put enough silk in one Levante interior for five men’s suits. Now there’s something every SUV needs!

The next morning, after a quick coffee, we all herded out front, where a flock of shiny Levantes awaited. My driving partner and I made a beeline for the GranSport version, which is tuned for higher performance, while others chose the GranLusso, the GranSport’s luxury-laden sibling. (Prices for both start at $92,000.)

I took the wheel first, admiring the lush red and black leather dash and large center touchscreen. Then I pushed the START button and closed my eyes in a moment of bliss. The sounds Maseratis make are deep, growling and guttural—until you blip the gas to provoke high-pitched mechanical screams. It’s all so sexy.

My co-driver punched me to get going so I hit the throttle hard, off we went. For an hour, I enjoyed the Levante’s extraordinarily refined feel—smooth, powerful, solid in turns and not a squeak or whistle. We drove for an hour on helter-skelter roads with sudden speed bumps, precariously passing trucks and disconcerting amounts of pedestrians. Traffic circles abounded, with no clear right-of-way rules. We had 430 horsepower on our side, which I employed shamelessly. Our final turn was a tiny dirt road, which we bumped along, wondering where the heck Maserati was taking us—until we saw a contemporary compound standing alone in the bleak sands, the Mleiha Archeological Centre.

The rest of the group caught up and we perused the impressive museum. It celebrates the importance of that particular spot on Earth, where, apparently, remains of the oldest “anatomically modern” (the curator’s words, not mine) humans have been found, dating back more than 120,000 years. Ashes to ashes, dust to dust.

And so it was finally time to eat some of our own dust. Maserati hired three professional drivers to oversee the off-roading. Two of the drivers were from Italy and one, a native of Scotland, has been a local resident for eight years in order to train for the Baja 500 race, which he competes in.

We queued up—me behind Ryan, the Scot, driving a Chevy Silverado—and took our first run at a steep sand hill. I watched him fishtail up and then I gassed it and followed, cresting the top with less effort than his Chevy had exerted. As the next Levantes began the ascent, we watched in dismay as several got stuck. One tenet of driving in something as soft as sand is to apply a whole lot more throttle than you think you should. It’s a brave pill, not a natural instinct.

We finally got back on our way, crisscrossing the stark landscape. I could feel the car alternately slide and grip in the sand, its capability thanks to a locking rear differential. Our hosts had gone to the trouble to set up a rather elaborate and steep off-roading course, which they explained only the pros could drive for safety reasons. I reluctantly agreed to ride shotgun and jumped in with Ryan.

He punched the gas hard and took the first steep downhill at speed; our hot lap had begun. It was like fast-forward at times, his hands spinning the wheel, the engine roaring, rooster tails of sand flying. And then the inertia of the sand would kick in and suddenly it was slo-mo—the Levante sliding sideways, almost as if gravity was suspended for an instant. We were in the sand equivalent of a snow globe.

I stopped moping immediately and began howling with laughter. I love this shit! Down impossibly steep sides, around rims of sand that wanted to make us topple, and up off-canter slopes that thrilled me. We screamed past two camels hunkered down in a small pool of shade, blinking at us, wondering what the neighborhood was coming to.

Not so thrilling was what was happening behind us. One of the Italian drivers almost immediately got stuck—so badly that it took a good hour and many hands, shovels and tows to free him. A few more demo laps later, he got stuck again. And then the other Italian driver did.

While waiting around in the scorching heat (we had limited shade and a cooler of water), I quietly got approval from Maserati to drive the course myself; they know I’m well trained. But as the time dragged on and more vehicles got stuck (never Ryan’s), my time window, they told me, started to close. With a small pile of front Levante bumpers (seriously) on the ground, we took off in a convoy away from the course and up to a photo-op at Fossil Rock, an arrowhead-shaped outcropping we could see in the distance.

A palace fit for a king — which it was until converted into the Emirates Palace Hotel, in Abu Dhabi

Needless to say, we made it, but several more vehicles got stuck. While we waited, we did big, noisy donuts in the sand just below Fossil Rock. Finally, tired of waiting, my copilot and I took off back to the hotel. The rest caught up two hours later, looking the worse for wear.

The Levantes, when handled properly, did extremely well in the sand. Admirably, in fact—far better than I had expected from the engineers in Modena (sorry guys, but there aren’t many dunes in Italy). The humans, however, clearly needed a whole lot more instruction, both journalists and the Italian pros.

We arrived at dusk at the Emirates Palace Hotel, a place so vast it looks more like a walled city than accommodations for the night. My driver got lost just trying to find the main drive to the front entrance. After handing me a rose, my check-in host warned me not to get lost, on foot: it’s a one kilometer walk across marble floors from the East Tower to the West. The Emirates Palace, opened in 2005, houses numerous restaurants, but the one to pick if you must is Mezlai, a place where I dined on award-winning savory Emirati fare in a vast space staged as the grandest Bedouin tent I’ll ever see.

Even the room keys are grand: gold coins the size of your palm. The morning I left, a taxi was waiting for me under the outsized entry arches. I wished I had commandeered one of the Levantes — the SUV’s grandeur and heft would be right at home at one of the largest luxury hotels in the world. It was a fittingly supersized place to end a larger-than-life lark.

Don’t call it a comeback: Ballet is culturally hot and sexy again, and a great fitness discipline 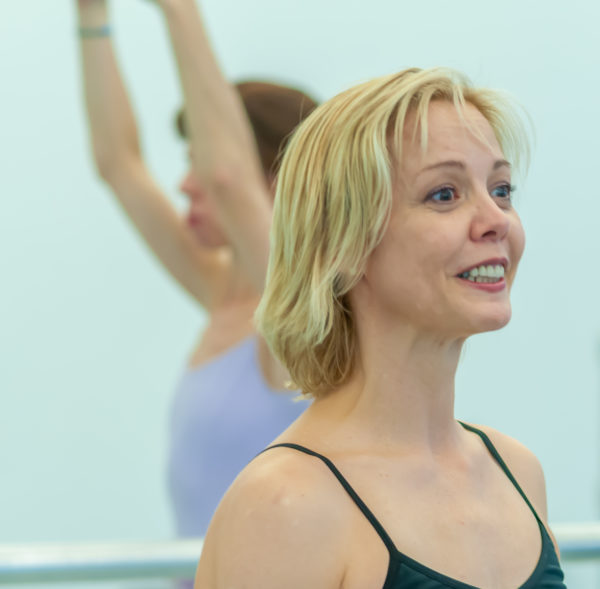 THE 50 MOST IMPORTANT WOMEN IN TRAVEL

Travel’s real Power List. And not one influencer in sight!

THE BIRD SINGING CLUB OF SINGAPORE

The Gulf Coast of Mississippi rocks