Delta Airlines has extended its decision to block their middle seats until January 2021, while others carriers like American Airlines have decided to fly at full capacity again.

The announcement comes right as people are making plans for the holidays. Delta’s Chief Customer Experience Officer Bill Lentsch stated, “Medical experts, including our partners at Emory Healthcare, agree – more distance on board makes a difference.”

United dismissed the move as a PR strategy that won’t make flights any safer.

There has been a great stigma surrounding flying in the COVID era, and not without reason. Recently, researchers identified several cluster outbreaks that stemmed from flights in early March and late February. In one particularly concerning case, a woman from Vietnam and based in London, made a trip to Italy February 22nd where the disease was spreading rapidly, returned to Britain, and a week later flew to Hanoi. The passenger, who flew business class, infected 15 passengers during the 16 hour flight. The Vietnam researchers, headed by Nguyen Cong Kanh, concluded “that the risk for on-board transmission of SARS-CoV-2 during long flights is real and has the potential to cause COVID-19 clusters of substantial size, even in business class–like settings with spacious seating arrangements well beyond the established distance used to define close contact on airplanes. As long as COVID-19 presents a global pandemic threat in the absence of a good point-of-care test, better on-board infection prevention measures and arrival screening procedures are needed to make flying safe.”

The question of the safety of flying looms over many of us right now. How much does the middle seat really matter? What are the odds of catching the coronavirus on a flight?

As Lentsch has said, the experts agree that blocking the middle seat will make a difference. I spoke with Dr. Andujar Vazquez, who specializes in infectious diseases and works at Tufts Medical Center in Boston. She says, “The concept is to stick to the principle of trying, as much as they can, to keep people apart. I think, in general, it’s good practice to lower the risk of contracting it while you’re in the plane.

“When epidemiologists identify that someone in a plane is sick with a respiratory virus, typically we would consider people within a certain radius to be exposed. So it’s not the whole plane that we’d consider exposed. It depends on certain circumstances.” 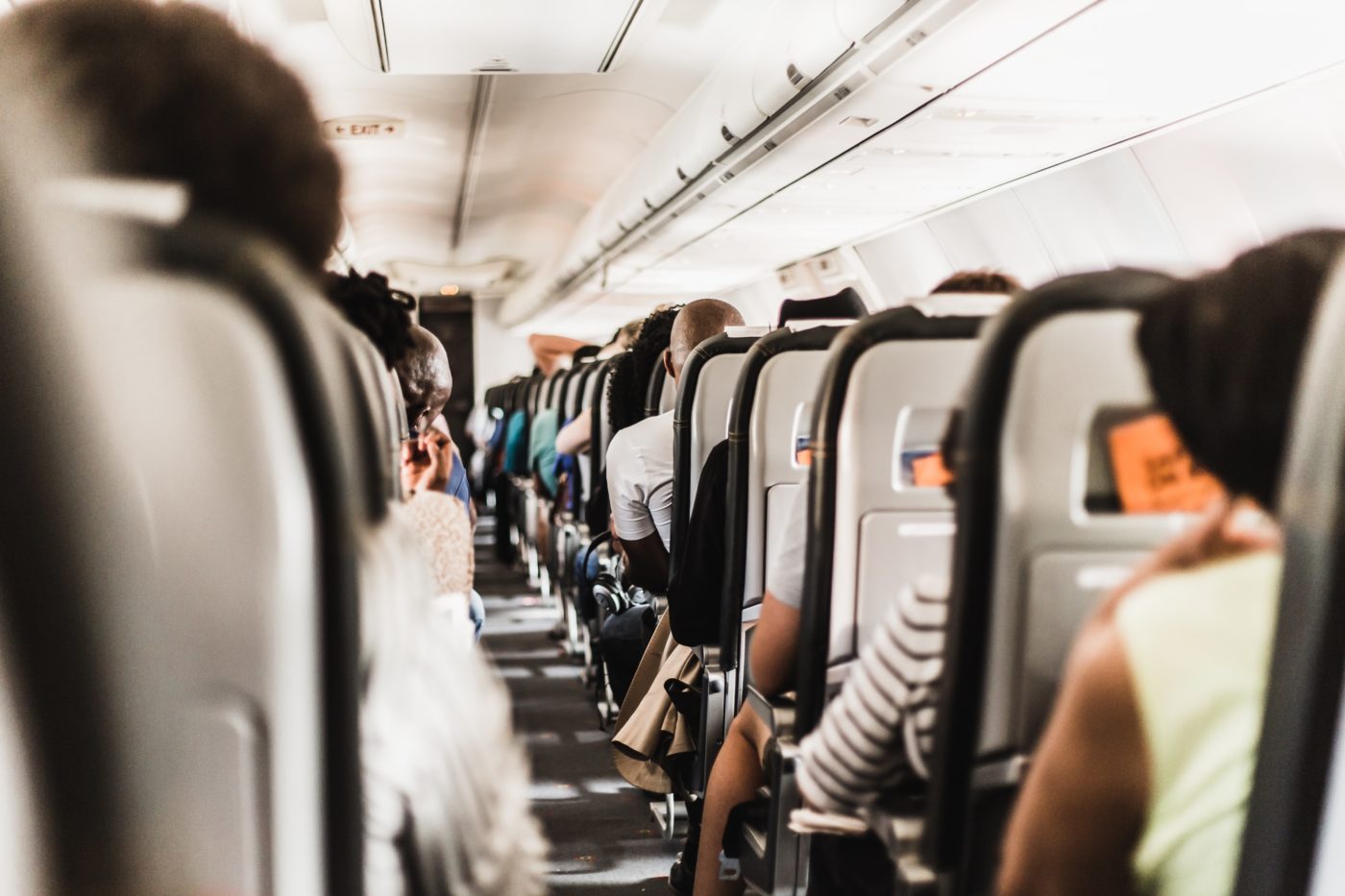 Ah, the bad old days, everyone packed in, before Covid…***Gerrie Van Der Walt/Unsplash***

The MIT statistician Arnold Barnett has also found that blocking the middle seat could be helpful in stemming the spread of disease on planes. By using probability models, he has deduced that the chances of contracting the virus on a plane decreases by a factor of 1.8 when the middle seat is blocked. Based on data from late June, 1 in 4,300 passengers were estimated to have caught the virus on fully booked planes, while 1 in 7,700 passengers caught it on lower density flights.

The numbers speak for themselves.

Of course, there are limitations and uncertainties in a statistical model such as Barnett’s.

“It’s all relative to what human behavior we encounter when we’re in transit. In travelling you have no option but to come in contact with other people. If individuals stick to the general principles of decreasing and mitigating the mode of transmission, it can be safe.” says Dr. Andujar Vazquez. Barnett’s analysis focused on domestic flights that have an average flying time of 2 hours. Khanh’s study focused on long-distance international flights and found that these can lead to superspreader events, suggesting that the longer the flight, the higher the risk.

So, while it’s agreed that there is always a chance of catching the virus, that chance is relatively low on short domestic flights where mask wearing is mandatory, and passengers are spaced out. In fact, Barnett’s study concluded that a flight like that carries the same risk of transmission as daily tasks such as grocery shopping.

If you need to fly this holiday season try to book with one of the airlines blocking their middle seats. Dr. Andujar Vazquez recommends that you “Look at the local transmission rates of where you’re going, and look at the regulations for travellers. It changes constantly, almost daily, based on data. It’s important for travellers now to be aware of the regulations because they’re mandatory, and if you don’t follow them, you will be in violation of law.” She recommends washing your hands vigorously after touching a surface that many others have touched and wear your mask as much as possible. And if you can, get tested a day or two before your departure date.