To travel back in time, all you really needed was a plane ticket on a special flight this past Sunday night.

That’s when Hawaiian Airlines flight HA446 took off from Auckland, New Zealand, bound for Honolulu, departing in the year 2018 and, through the magic of the International Date Line, landed in the year 2017.

The flight was originally scheduled to depart at 11:55 p.m. local time, Dec. 31 in Auckland, which would have deprived the passengers of a trip back to — well, last year — by 5 minutes. However, as flightradar24 first pointed out, the flight was delayed and didn’t take off until 12:05 a.m., now on Jan. 1, 2018, giving the passengers the unique opportunity to celebrate New Year’s Eve twice when it arrived in Honolulu at 10:16 a.m. on Dec. 31.

Time travel is possible!
Flight #HA446 just took off from New Zealand in 2018 and will land in Hawaii back in 2017! pic.twitter.com/3KsCEniCOL

While the Hawaiian Airlines flight was the only flight that time traveled “unexpectedly,” there were six other flights that left as scheduled from the easternmost point of the International Date Line and arrived at their destination the previous year.

6 aircraft just took off from Taipei in year 2018, to bring their passengers back to year 2017 in North America!#TimeTravel pic.twitter.com/pZYW8mQp03

If you’re looking to celebrate New Year’s twice to close out (and revisit) 2018 with a bang a year from now, New Zealand Air has got you covered, if they don’t alter any routes between now and then.

The only flight where you can celebrate at a New Year’s party, go to sleep, wake up, catch a plane, land, and do it all over again. 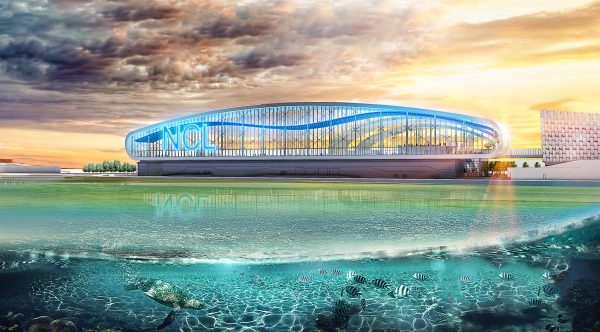