If there’s one glorious contender for the perfect holiday book to gift this season, I’m going with Van Eyck. Lush doesn’t begin to cover the pages of high-definition color photography that capture Van Eyck’s paintings — themselves high-definition masterpieces of their day.

During his lifetime (c.1390 – 1441), Jan van Eyck, the Flemish painter was known as a prodigy and for completing with his brother Hubert in 1432, the masterpiece called The Ghent Altarpiece — The Adoration of the Lamb. At 503 pages, this book brims with artwork, but the focus is primarily centered on the eight restored panels of The Ghent Altarpiece with closeups and details, and readable scholarly text for information. So dazzling and full of wonderment are the paintings, it’s as if the aurora borealis was contained in the pages of a book. Even Patti Smith is smitten, saying, “I spend all day reading about the Ghent Altarpiece. I have Ghent Altarpiece syndrome.” Check her off your holiday gift list — no doubt she already has a copy. 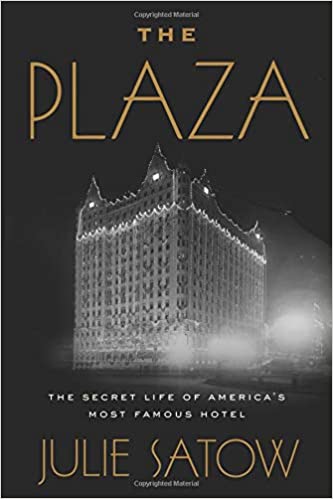 I’ve been to The Plaza three times in my life: 1) for a glorious party thrown by Netflix in the ornate and lavish Grand Ballroom, 2) to use their bathrooms, which were accessible to the public, for an article I was writing, “Best Public Bathrooms in New York City”, and 3) to browse the very impressive subterranean food hall, simply to kill time between appointments.

These three occurrences epitomize the long history of this grand hotel. The Plaza (which doesn’t need its name amended with Hotel) has graciously hosted the most influential people to have ever lived, only to then have its elegance be pissed on by a plethora of owners, to then be absolutely commercialized, stripping away its traditions and heritage.

Since 1907, The Plaza, sitting on the corner of 59th Street (aka Central Park South) and 5th Avenue, overlooking Central Park, has been a symbol of wealth, and a gross amount of it. I was stunned to find out just how much wealth existed on this planet back in the early 20th century. Today, most of the hotel has been converted into multimillion-dollar condominiums, that were mostly purchased and never lived in by Russian oligarchs and shell companies.

Author Julie Satow beautifully and comprehensively tells the colorful tales of the countless characters who have either owned the hotel (from Conrad Hilton to Donald Trump), stayed at the hotel, including the real Eloise, and its employees, like the one guy whose job it was to stamp the hotel’s logo into the sand of all of the ashtrays. All of these personalities – and their stories – is what made The Plaza a New York icon.

The Plaza is still the most famous hotel in America. It may not necessarily be the best, but after 113 years, it’s still worth checking into. 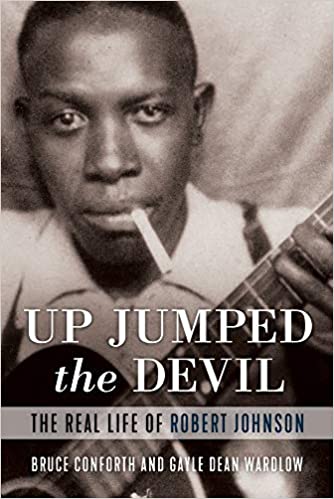 Robert Johnson was quite the man. He was certainly a myth. And no doubt, after reading this book, which dispels those myths, you’ll understand why he is a guitar legend.

Today, Robert Johnson has become known more for selling his soul to the devil at the crossroads in exchange for learning to play the guitar than his actual music. I won’t share the facts behind this story, but will say Johnson didn’t need to make any kind of deal. He was an amazing guitar player and made it his mission to become a recorded blues musician. He did – and had only two recording sessions. Johnson then died at the infamous age of 27, yet his influence on the blues is more everlasting than some silly folk tale.

Johnson’s life is worth writing about. He was surprisingly educated for someone growing up in the Mississippi Delta during the early 1900s. He was also a heavy drinker and a womanizer, regardless if who he courted was married. He moved around a lot, dropping in and out of his extensive family, made up of several step siblings. And his first wife died very young, which left him devastated.

What makes Up Jump the Devil extra special is its authors. Gayle Dean Wardlow and Bruce Conforth have each spent over 50 years uncovering the facts of Johnson’s life story. Dating back to the 1960s, they interviewed every person who had the slightest connection to Robert, whether it was a family member or someone he performed with at the many raucous juke joints. They searched Census records to validate where Robert lived and to validate the stories bestowed upon them. They turned over every rock, including that massive boulder about what actually happened at the crossroads. This book is so extensive that the stories about Robert Johnson that rest between these pages are the last ones we’ll ever know. We’re never going to learn anything new about him. 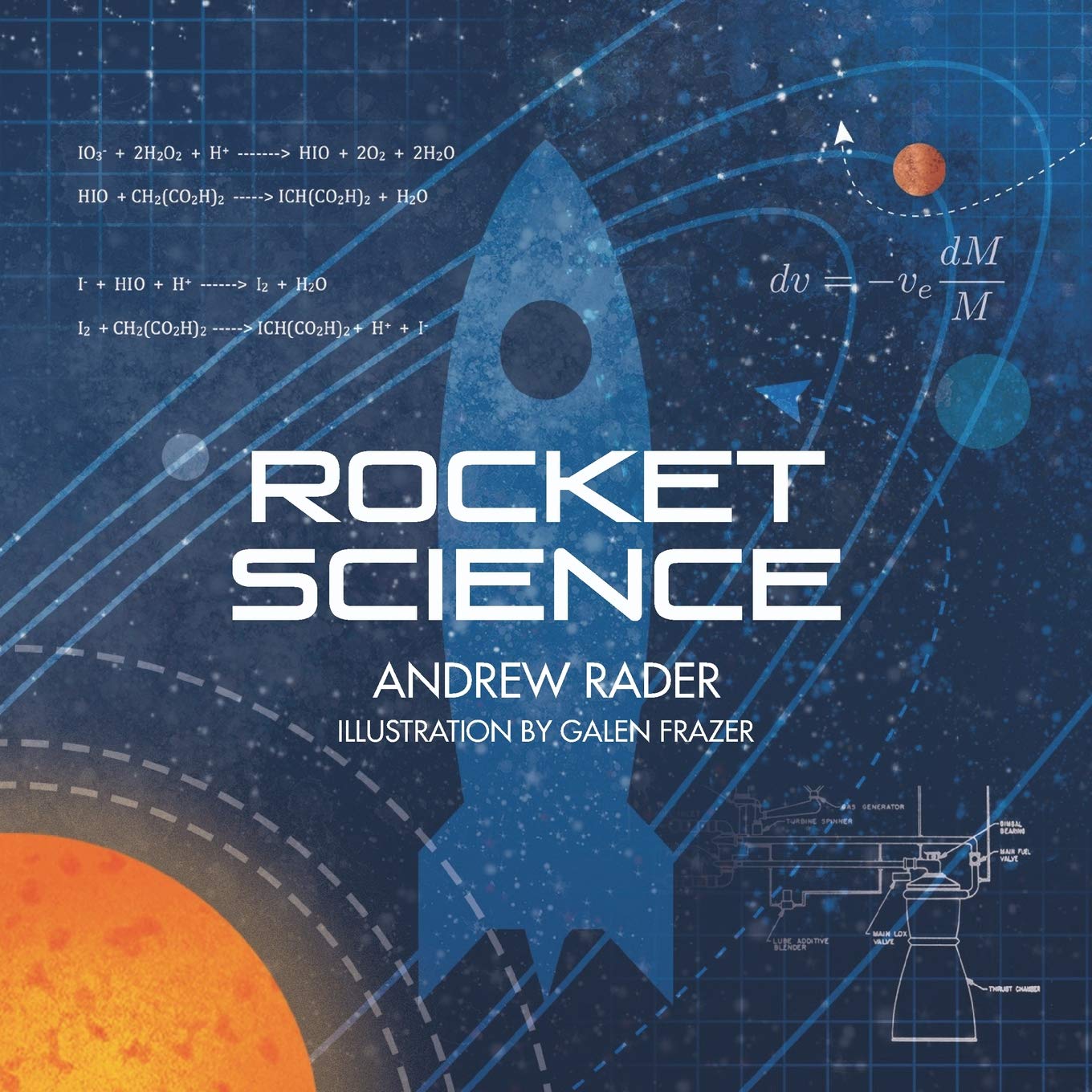 ROCKET SCIENCE: A Beginner’s Guide to the Fundamentals of Spaceflight By Andrew Rader, Illustrated by Galen Frazer

Who better than a rocket scientist to explain rocket science? Thankfully there’s Andrew Rader, PhD, an aerospace engineer, and overall very smart guy, who takes very complex topics and tries to explain them in a very straightforward approach. Rocket Science is written for those children who are already space enthusiasts, and they’ll have their minds boosted reading about how rocket engines work, thermal communications, gravity slingshots and many other cool space topics your child will love. (Or just you, so you can impress said child.) Ages: 10+ 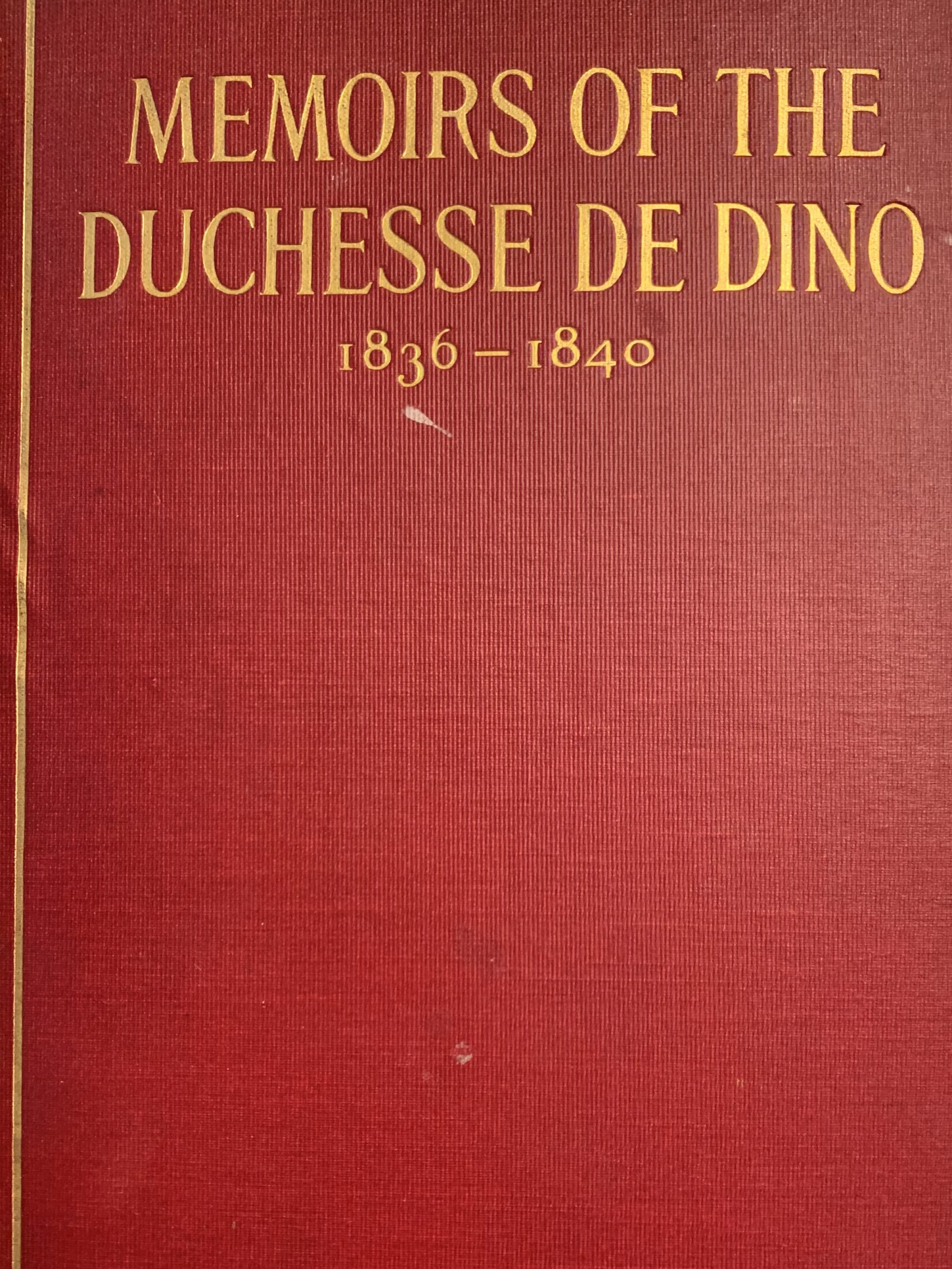 We usually first encounter the Duchesse de Dino (1793-1862) through her lover and companion Prince Talleyrand. Talleyrand, one of the most enigmatic diplomats in history, is famous for deftly surfing the political waves of changing regimes and contributing to Napoleon’s downfall. There was only one person who captured Talleyrand’s heart and that was the Duchesse de Dino.

Born in 1783, the same year that Marie Antoinette was guillotined, her memoir is astutely political and captivatingly feminine. We learn about dresses and dinner parties as well as conversations she had with her friend, the last king of France, Louis-Phillipe who was forced to abdicate in 1848 and spent the remainder of his life in exile in England. This is the ultimate insider’s guide. The duchesse knew everyone and went everywhere. She made it a point to only write about what she saw and knew firsthand — and it was plenty.