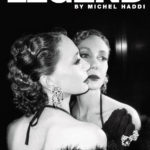 Our favorite photographer is back (did he ever really leave?) with a new art book, and this one is more art object than merely a coffee table book. Michel first met Marisa Berenson 15 years ago in Paris, and instantly (and obviously) fell dizzyingly in love with her. He subsequently photographed the now 74 year old, striking actress often, from Marrakech to Berlin with Paris in between, and the photos in this heavy, beautifully designed and produced book are exquisite and emotive. Haddi is a world famous photographer, whose usual subjects are the exotic, mutantly perfect creatures that float in the rarified air of fashion modeling, yet he makes Berenson, long retired from the spotlight, as deeply beautiful as any supermodel.

But we must pay for Michel’s marvellous obsession! 450 of the limited edition of 500 books go for a little over $400, plus postage, while you could snap up one of 50 that comes with a signed print for a breath-intaking $1,380 — plus postage (Michel, seriously, spot us the postage!) Mind you, that’s reasonable when you consider he’s selling an NFT of the cover which, at publication time, was going for a cool $78,000…

Here’s a link to the site to buy a couple of these books! 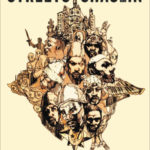 FROM THE STREETS OF SHAOLIN: The Wu-Tang Saga By S.H. Fernando Jr.

Up until the early 1990s, all Staten Island was known for was the mafia, a landfill that was seen from space, and its eponymous ferry. Then along came a hip-hop group named Wu-Tang Clan. This group of nine consisted of family members and friends, even rivals, from New York City’s forgotten borough. Together they formed like Voltron and wrote lyrics and created a sound nobody has ever heard before or since.

Author S.H. Fernando Jr.’s book is a chronological story of the Wu, starting with the not-so-good ol’ days, growing up in the slums of Staten Island, aka Shaolin. These kids were fatherless, most were poor, several got caught up in the drug game, and some even spent time in prison. All hard knocks that they wax about on every one of their albums. Along with endless homages to kung-fu movies.

Fernando Jr. chronicles every song from every album and all the work each member put into their success. But the one person who’s there throughout all this is Rza. Despite their being a member of the group called Genius (Gza), Rza is the true mastermind. The man is a savant. He taught himself how to mix, engineer, play instruments, sample – he would sample songs from across every genre of music from nearly every decade from the 1900s, all from his basement. He figured out how to pit the record companies against each other for the rights to each member.

And when the Clan would step into the recording studio, some would just start spitting out lyrics like it was a bodily function.

If recycling and reclaiming is in, and it is, then why not books too?

There’s no reason not to buy an out-of-print copy often found for just a few dollars or even download one for free from Project Gutenberg. 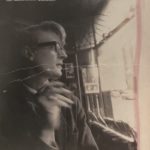 IN THE SIXTIES by Barry Miles,

Barry Miles knows a heck of a lot of people in London, not to mention he’s probably the best-known English rock-biographer in existence and a leading expert on the Beats.

His memoir, In the Sixties, written with a light touch and deeply substantive text, is not only a beautifully written recollection of a time in Miles’ life, but a rich tapestry of descriptions that depict London morphing from post WWII drabness into a rainbow colored scene — one soon emulated around the globe. And it’s such a delight to read a memoir by a superbly accomplished writer like Miles, a book so opposite to the numbingly generic ghostwritten or “as told to’ memoirs we’re flooded with today.

It was at the Indica Bookstore and art gallery (co-owned by Miles), where Yoko first met John. Paul McCartney was crashing with girlfriend Jane Asher at her parents’ house, and that’s where Paul told Miles that the melody for “Yesterday” came to him in a dream. Most interesting are the accounts of many now internationally recognizable artists back when they were just kids hanging around London, couch surfing, getting by, getting high, scrambling for gigs, and acting like regular people, because they were. Miles writes, “The Sixties began in black and white and ended in colour.” What a palette it was.