Paul Pacult is a serious man. I mean, socially he’s a barrel of laughs and the very light that illuminates the mostly dusk of our everyday lives. But he’s serious, all business, about spirits. He tastes thousands of spirits a year so you don’t have to. Or rather, so you don’t have to drink the bad ones, and he can guide you to the good ones. He’s the Royal Taster and a land mine sniffing dog in one.

I don’t know if his task is thankless, but to the uninitiated it could seem tedious. A relentless, unvarying protocol of sampling an almost infinite — perhaps actually infinite — conveyor belt of different alcoholic drinks.

That’s not exactly, and thankfully, how he sees it. In his book he writes “What it comes down to is this: I like being in this trade for its life affirming aspect. It is, on fortuitous occasion, that one transcendent five star spirit in a morning of tasting that suddenly makes my mission worthwhile, almost like an epiphany.”

For nearly thirty years he has published the pre-eminent newsletter F. Paul Pacult’s Spirit Journal. He is without equal as a reviewer of drinks, and has just published his seventh book, The New Kindred Spirits, (Matt Holt Books, $50). At 640 pages of incredibly tight and insightful reviews it is genuinely a tome and justifies its price. (It’s a sequel of sorts, following in the line of Kindred Spirits, his first book in 1997, and Kindred Spirits 2, in 2008)

Paul has a very precise discipline for his work. He usually tastes six different spirits, of the same kind (i.e. all whiskeys, or tequilas, never a mix of different alcohols) from 8 30 to 11 30 in the morning, and always and only in his office. He says that he is a “card carrying morning person” and that’s what suits him best, and when he has a “fresh, unadulterated palate”. He drinks still water between samples, although, wildly, sometimes he’ll indulge in a Pellegrino or Perrier.

This is a fascinating book for anyone on the scale of interested-to-absorbed in all manner of spirits.

Naturally, one has a lot of questions for the man. 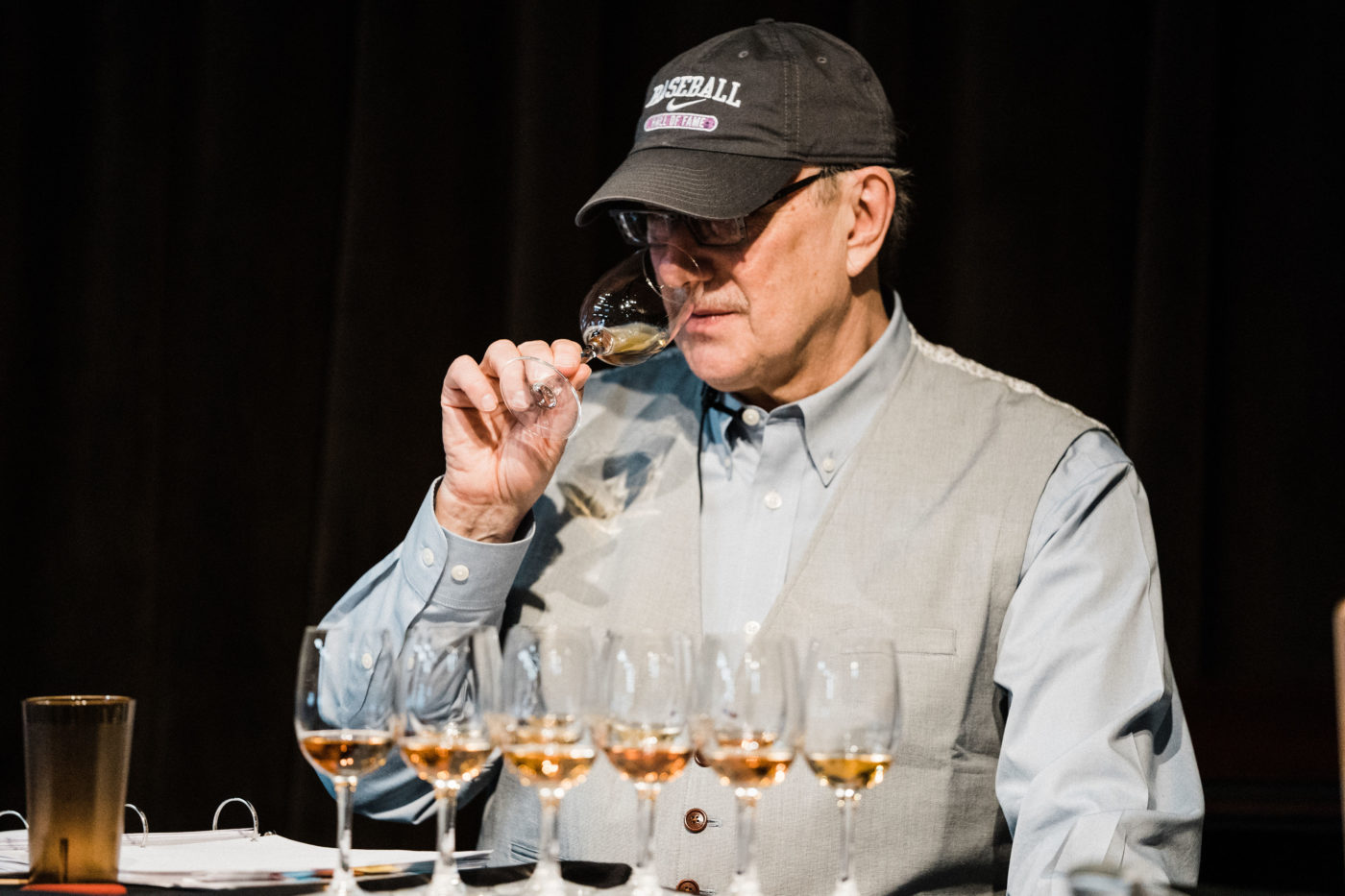 The nose knows… Paul at work

There are over 2000 reviews in your book — how the hell can you taste anything after that? And how can you tell the difference between, say, dozens of similarly distilled superior whiskeys?

I’m able to maintain clarity as to the differences between so many spirits because, one, I have utilized the same tasting regimen for 30+ years, which brings consistency to every evaluation; two, I have developed a mental library of sensory impressions that catalogues the differences, product to product, category to category; three, I never taste more than 6 spirits in any one sitting to prevent sensory overload as well as to maintain accuracy in assessment. And four, I’ve done the research on spirits categories to be able to identify telltale characteristics.

What’s the difference between “whisky” and “whiskey”, let’s clear this up right at the outset! Is one better than the other, from a spirit making perspective?

The difference is purely in the spelling, as preferred by tradition in the various whiskey-making nations. Scotland and Canada prefer not to employ the “e” while the US and Ireland use the “e”. The two spellings have nothing to do with quality.

What’s the worst spirit you ever had the displeasure of putting in your mouth? If raw sewage was 10 on a scale of 1 – 10 in unimaginable horror, where would that spirit rank?

Over the course of 30+ years of reviewing now over 30,000 spirits of all categories, choosing one or two of horrible qualities is nigh impossible. The one review though that followers often cite is my description of Tequila Rose Strawberry Cream Liqueur, which I described as “Pepto-Dismal”.

How far back does spirit production go? Is it older than wine?

My personal research into distilling’s origins goes back at the earliest (so far) to the period of 300-150 BC. Diggings at the site of the ancient Greek-Indian community of Shaikhan Dheri in what is present day Pakistan clearly prove that they were into the boiling of liquids in earthenware pots on a significant scale that can be viewed in a commercial sense. Further evidence is being discovered in China that may pre-date the Dheri excavation. Wine has been around longer, as has beer. 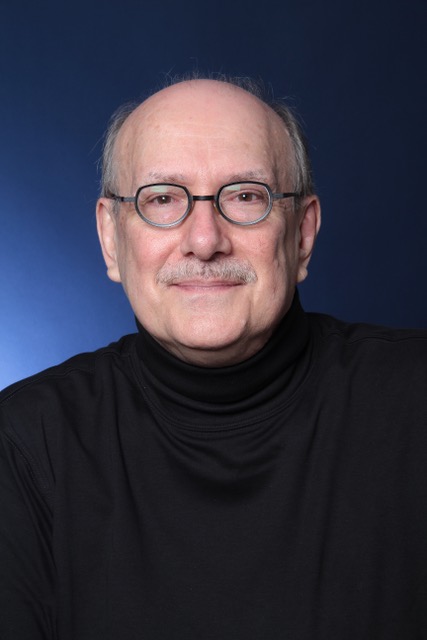 What are the best whiskeys available in the US? What’s the most expensive and what’s the best value for money?

“Best” is always subjective. It’s a pointless exercise. People should just read the US Whiskey chapter in the book for guidance. In an era of lost perspective like the present one, very rich people distort the market prices of whiskeys and brandys by outbidding each other in auction settings, thereby creating false realities of what’s “good”. This causes untold damage to categories that then are perceived in unrealistic terms. I look for whiskeys that offer a commendable price/quality ratio. Scores of these are in TNKS.

Can the best American whiskey compete with the best Scotch Whisky?

American whiskeys have certainly become world-class, in particular since the mid 1980s. I don’t think of US and Scotch whiskeys as competing as much as I do reflecting each other to display their significant differences.

The majority of American whiskeys are either made from majorities of corn or rye while the single malt whiskies of Scotland are made solely from malted barley and the blends arise from marriages of malted barley, wheat, and maize. Because of the base materials, the types are vastly different, with American whiskeys made from corn always being sweeter than Scotch whiskies. Corn is a grain that’s much higher in innate sugar than barley. So I perceive them as co-existing in a Golden Age of Spirits.

What are a couple of the best distilleries in the US to drink at?

A solid majority of craft distilleries as well as mainstream distilleries have pleasant tasting rooms. For anyone who yearns to learn a lot about American whiskey distilling, I strongly urge a trip to downtown Louisville, KY, where the block of 101-131 Main Street is lined with superbly laid-out facilities (called “Whiskey Row”) where one can be taught the method of whiskey-making while enjoying the product of the distiller. It’s the most enjoyable one block stretch in all of metropolitan America.

The Waldhaus am See Hotel in St Moritz has a bar, Devil’s Place, that has the world’s greatest collection of whiskeys. What’s the closest to that in the US?

My favorite whiskey bar in America is Jack Rose Dining Saloon in Washington, D.C. The most thorough selection of whiskey in the US to my knowledge.

Who’s the most gloriously eccentric spirit maker you’ve ever met? And what’s the effect on their product?

The most idiosyncratic American master distiller I’ve met, out of the hundreds I’ve encountered, was Miles Karakasovic of Domaine Charbay in Napa County, CA. Even though somewhere there was a straight-jacket waiting for him, he was a gifted distiller. In Europe, my vote would go to Bernard Hine of Hine Cognac.

You speak of your incredibly honed sensory memory and put this down to the repetition of tasting. How important is where you taste? You imply that the atmosphere is influential.

Every review in TNKS was conducted in one place: my home office in New York’s Hudson Valley. In order to do the extremely detailed reviews, I require a serene setting that is conducive to super-attention to detail. A proper environment is essential. When people ask that I do reviews on the spot in distilleries or liquor stores or restaurants, I refuse. 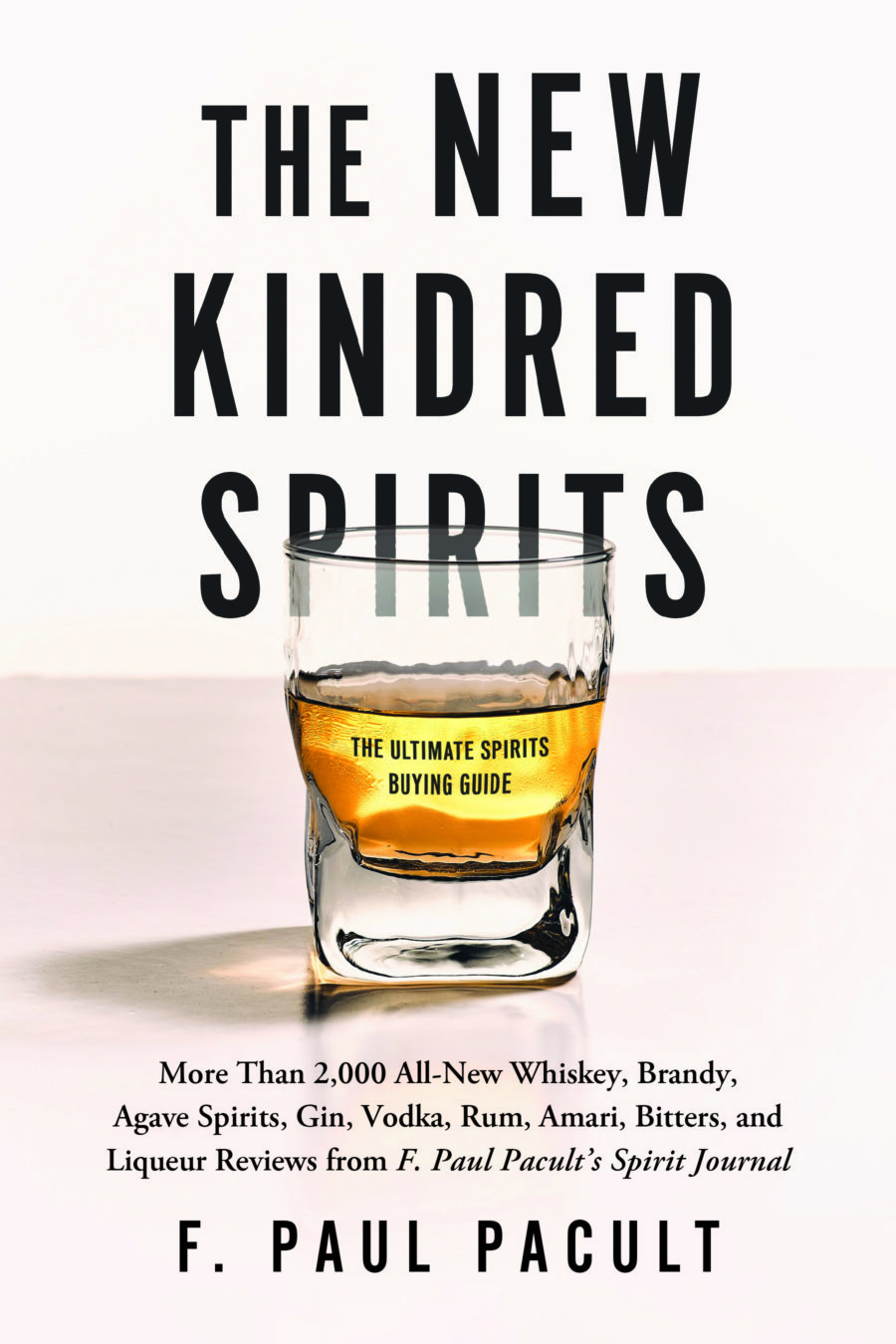 Wine from the same producer using the same grapes and winemaking processes can taste and feel different from year to year. Is that true with spirits?

Not so much, though spirits do change over the years which is why I like to re-taste spirits every 3 to 5 years. The biggest categorical changes I’ve noted has been in blended Scotch whisky. That’s because, in my view, master blenders have enlarged the percentage of single malt in the formula in order to attract those people who love single malt Scotch.

What’s the smallest production of  a spirit you came across in your reviewing for the book?

Those minuscule spirits are always of the “single barrel” variety, where bottle amounts can be as few as 100.

You say glassware is important? Really?

For evaluation purposes, glassware is vital. For the last 30+ years I’ve used only about 15-20 glasses of thin crystal (Glencairn, Riedel Port glasses, Spanish copitas) that I never clean via dishwashers. I hand clean those glasses, never using soap. I prefer small glasses of 4-5 ounce capacities because they accentuate the aroma which for me is the major sensory element.

If you like fine wine and know zero about whiskey — I’m asking for a friend — what are you likely to be most interested in and impressed by?

To order a copy of the book, hit this link!