If Carey Bringle didn’t already exist, Hollywood would have invented him. He is a tall man with an artificial leg and an imposing stare…he is however, one of the smartest and most gracious people you’ll ever meet and a BBQ savant. He enjoys good-natured ribbing of people like chef wunderkind Sean Brock with the proclamation that he invented the “can to table” movement and the “relax, it’s just BBQ” message on the Peg Leg Porker Facebook page when a magazine rated Nashville over Memphis in its BBQ rankings. 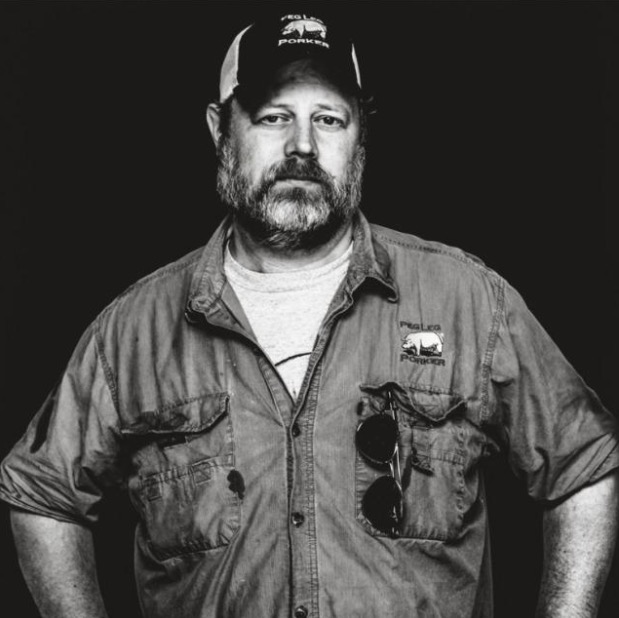 Carey grew up in Nashville, and his family has deep roots there along with Memphis. Having learned BBQ from an uncle, Bringle has been competing in the annual Memphis in May BBQ contest for close to 30 years. You could say that Bringle knows his way around a pig. Peg Leg’s main attraction, besides Carey, is the dry rubbed pork ribs. They are not the sticky, drenched with sauce ribs you find in other places, these are simply and nicely seasoned prepared in the way that great food is cooked, letting the ingredients tell the story. On the menu you’ll also find pimento cheese, a pulled pork platter and sandwich, smoked chicken (the Yardbird), great sides like smoked green beans, coleslaw, and BBQ beans. If, for some reason you’re still hungry there are fried pies, Kool-Aid pickles and pork rinds.

Peg Leg Porker is a family joint, some truly amazing family photos adorn the cinder block walls, telling the Bringle family story. The cement floors and casual seating allow for both groups and solo dining. There’s also a large bar with a very nice selection of local beers on tap as well as ryes and bourbons, including Peg Leg Bourbon and the new Feever (think Mountain Dew) liqueur that Bringle has created. If you’re lucky you’ll find Carey behind the order counter singing classic R&B and country tunes while calling out names of people whose food is ready for pickup or at the corner of the bar where a plaque reads “Bullshit Corner.” 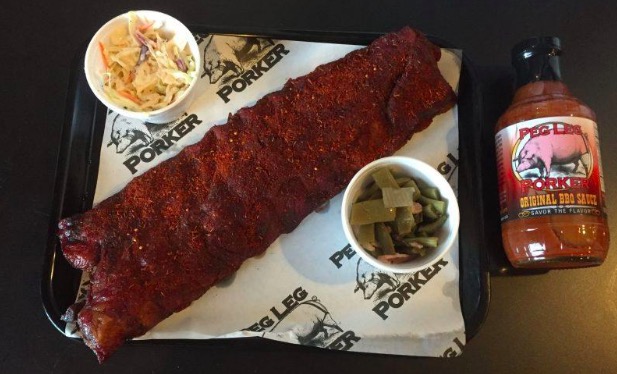 Perfect ribs, perfectly spiced and cooked and not drowned in sauce

This year Peg Leg Porker expanded and there’s a second floor with a bar and additional seating. If you find yourself in Nashville, Peg Leg Porker is a must visit.

Bring your appetite and sense of humor, because, relax, it’s just BBQ.