The Port of Call in Mystic, Connecticut is a new restaurant/saloon/dive bar from the owners of The Oyster Club, right next door, drawing inspiration for its food and cocktail menus from well-known port cities around the world. 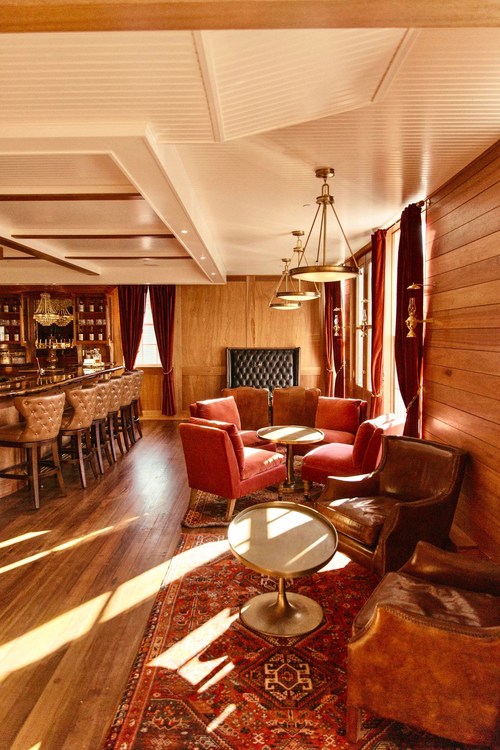 It has two distinct spaces. An upstairs saloon featuring teak floorboards reclaimed from the Joseph Conrad sailing ship, and the U-Shaped bar built with old growth (over 500 years) yellow pine from the Charles. W. Morgan whaling vessel, both of which are docked nearby at the Mystic Seaport Museum, albeit missing some of their original wood. The lower level has a dive bar feel that is taken quite literally, as the décor celebrates the region’s deep sea diving history.

The cocktail list is exotic and extensive, yet still somehow approachable and playful, with options like the Cuba Libre No.2, which is a play off of the classic rum and coke. It’s made with a 5-year-old Real McCoy Rum mixed with house made cola syrup, cinnamon, ancho and guajillo chiles, vanilla, clove, Appalachian fernet and lime. Certainly, a level up from Captain Morgan’s with a splash of Coke. 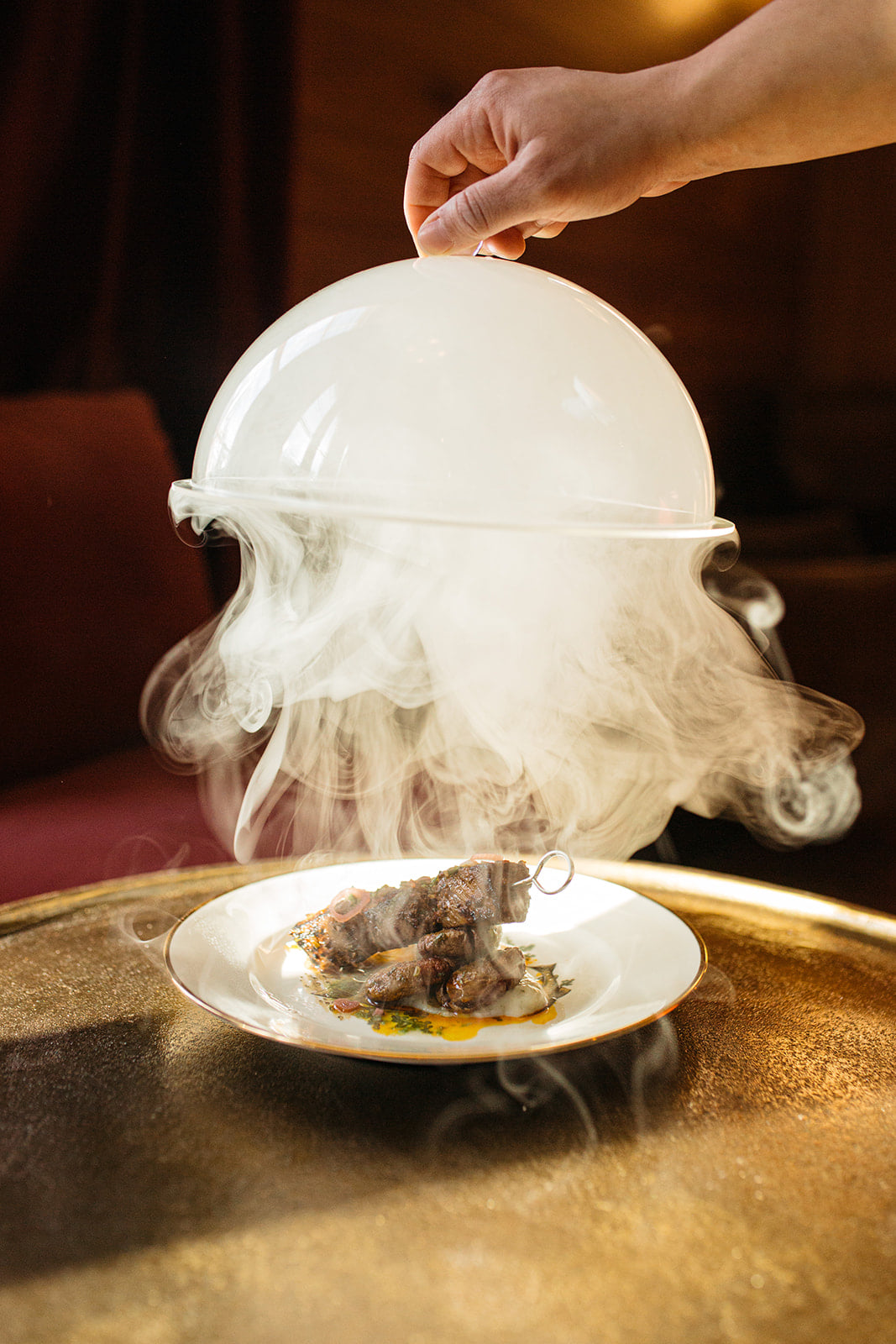 Such imaginative food! This is a masterpiece on skewers

Each cocktail comes with two solid food pairing suggestions taken from the global port city inspired menu, with options ranging from sliced ham and warm crusty bread to jet black squid ink empanadas, a Singapore style grilled mushroom salad, and of course, a proper Merguez with a nod to Casablanca, one of the most famous port cities in the world. (Hollywood and Humphrey Bogart will do that for a place.)

The three women driving the boat, as it were, are Renée Touponce, Executive Chef, Jade Ayala, the Beverage Director and General Manager Nancy Hankins, who identify as “three queer women”. They’re also behind one of the more fun ideas for any New England hospitality spot — “Sea Queens”, a bi-weekly dinner and drag show scheduled to run until Labor Day. Inclusive and fun!

The menu options are so diverse I suggest bringing some friends your first time, so you can taste a wider variety of drinks and dishes. Either way, it’s going to take multiple visits to fully dive into the possible flavor combinations between the cocktail list and the menu, and that’s a good thing. This is one of the most exciting new spots to open in coastal Connecticut, or anywhere in New England, in quite some time.