On Hill 314 overlooking Mortain, a quiet town in southern Normandy, the only sound is the wind in the trees. A sandy lane leads through the pines to a chapel built in 1333. Yet the stillness is filled with history. This hilltop is where American soldiers turned back a major German counterattack following D-Day.

Yet Mortain’s Deputy Mayor Jean-Paul Briend worries about the passage of time. Few veterans of the Lost Battalion are alive to recount what it was like to stare down the enemy and emerge victorious. Only five American veterans—Peter Munger, King Kenny, Bill Hornsby, John Roman and Tony Jaber, all between the ages of 92 and 100 years of age—were planning to attend the 75th anniversary celebration. “These will be perhaps the last veterans who are able to come,” Briend observes.

Noël Sarazzin, president of the Amicale Mortain-30th Division “Old Hickory” Association, is living proof of the armistice at the end of the war. His father, a French soldier captured by the Wehrmacht in 1940, managed  to court a German girl while a POW, and they married upon his release. Sarazzin, who was born on his grandparents’ farm not far from Mortain, regularly addresses school children about the Battle of Mortain in the hope that their generation will continue to acknowledge the liberation of France. 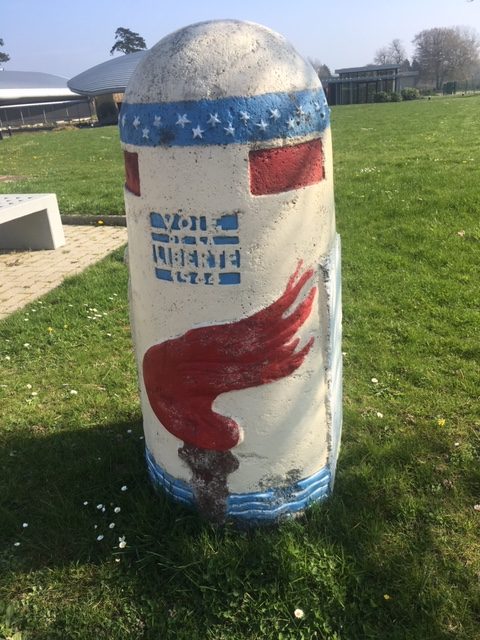 Borne identity: A marker tracing the route of the Allies victorious invasion***Kathleen Wickham***

“On May 24, 2019, the children of Mortain will place flowers on fifty graves at the American Cemetery Montjoie Saint-Martin,” notes Sarrazin.  “For the young students of our town who grew up hearing about Hill 314, history will always be north, south, east, and west.”

Elsewhere in Normandy, the town of St Mere Eglise, 16 miles from Utah Beach where Brigadier General Theodore Roosevelt, Jr., led the U.S. Army’s 4th Infantry Division ashore, will also be celebrating its liberation. A white, bullet-shaped borne, or road marker, in front of City Hall marks “Kilometer Zero” of Liberty Road, which officially begins 16 miles back, at Utah Beach, and winds 687 miles to Bastogne, Belgium, charting the Allied forces line of march as they drove Hitler’s army out of France.

Suspended from the roof of the St Mere Eglise church hangs a parachute and a replica of a paratrooper, in memory of Private John Steele, whose chute caught on the church as thousands of paratroopers of the 82nd airborne jumped from C-47 planes. As portrayed by Red Buttons in the movie The Longest Day, Pvt. Steele looked down in horror as Germans soldiers killed his fellow paratroopers.

Henri-Jean Renaud, 84, the son of Alexandre Renaud, who in 1944 led villagers to shelter as the battle raged all night. D-Day was the pivotal event of Henri-Jean Renaud’s life. His memories are as clear today as on June 5, 1944, when units of the 82nd airborne parachuted into the town. 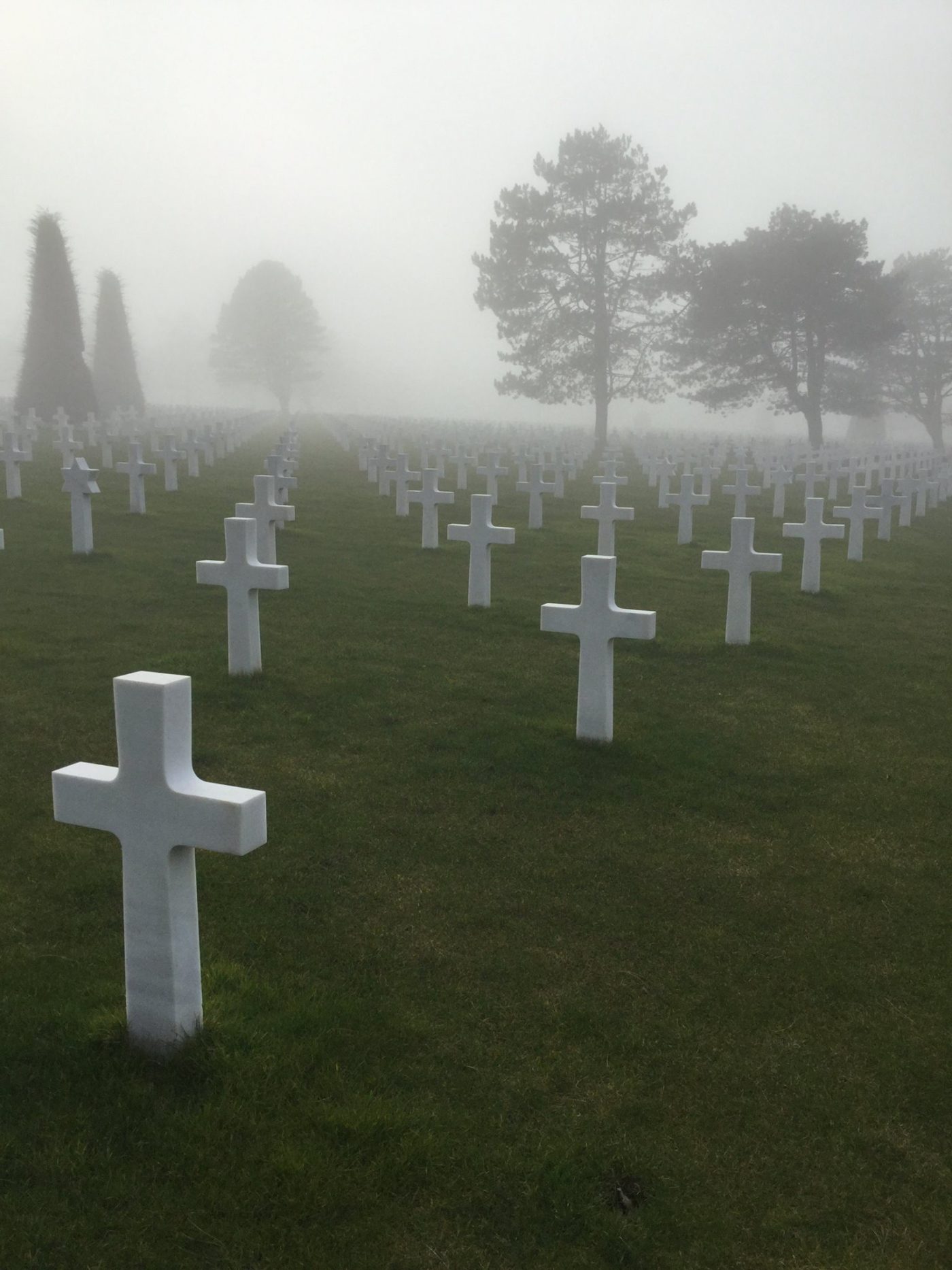 “On June 5, 1944, I was ten years old and my brother Paul was fourteen. That night we heard shooting. People stood in front of their homes asking, ‘Has the invasion begun?’ It was all we could talk about—when were the Americans and British coming? And then we heard planes and U.S. Army paratroopers began landing near the houses. The civilians tried to welcome them, but the American soldiers did not know if they were friendly or not. ‘Is this a good one, is this bad one?’ My father needed to see about a house that was on fire. We begged him, ‘We want to go, let us go with you!’ He said, ‘Ok, but stay close.’ We crossed the square and came to a German soldier lying on the ground. He looked as if he was sleeping. It was the first time we had seen a dead German soldier.”

After St. Mere Eglise was liberated Henri-Jean’s mother, Simone Renaud, tended the graves of American soldiers, 3000 of whom were temporarily buried near St Mere Eglise. She became known as the “Mother of Normandy,” and under her guidance the children of the town helped tend the graves. “Never forget” became their mantra, and so the lessons of war and gratitude for France’s liberation continued to be passed on from one generation to the next.

“Liberty Road underscores, with one milestone after the other, the struggle to preserve freedom,” notes  Jean Quetier, current Mayor of St. Mere Eglise. “I think this is very important for us, of course, but mostly for our children and grand-children. When I meet young students I ask them, ’Do you think that we will be able to live in a world at peace?’ My generation thought that peace was settled forever, but the next generation doesn’t think like that anymore. Because of the tense international situation they are concerned that there could be another war. To conceive the future they must look to the past, and Liberty Road is showing them their past.” 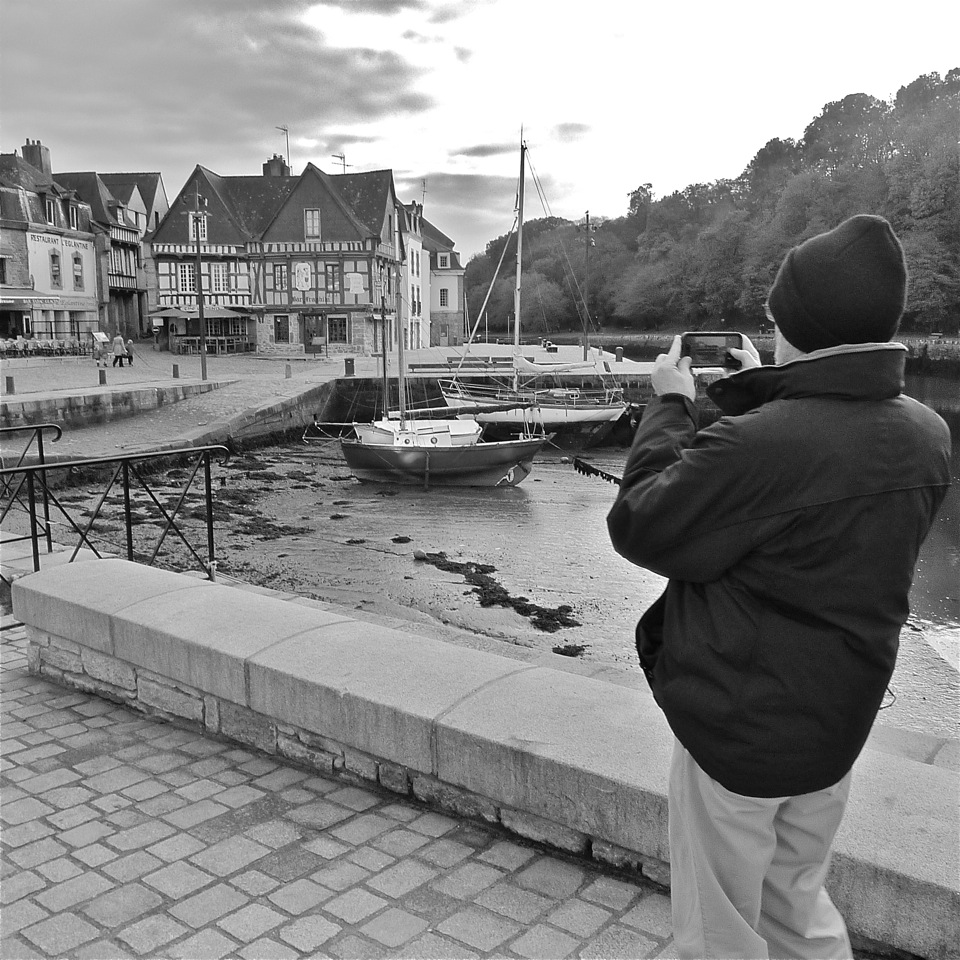 For information on 75th anniversary D-Day celebrations in Mortain:

Lawrence Wells is the author of Rommel and the Rebel.

WHAT A LONG, STRANGE TRIP IT HAS BEEN

The oldest, continually active cruise ship in the world looks like she has sailed her last voyage