George Liele was born into slavery in 1750 in Burke County, Virginia; he was later brought to Georgia by his owner, Henry Sharpe, a British Loyalist and Baptist deacon of Buckhead Creek Baptist church, who served as a British officer in the Revolutionary War. George didn’t know anything about his parents, but was told by both black and white people that his father was the only black person who knew God. 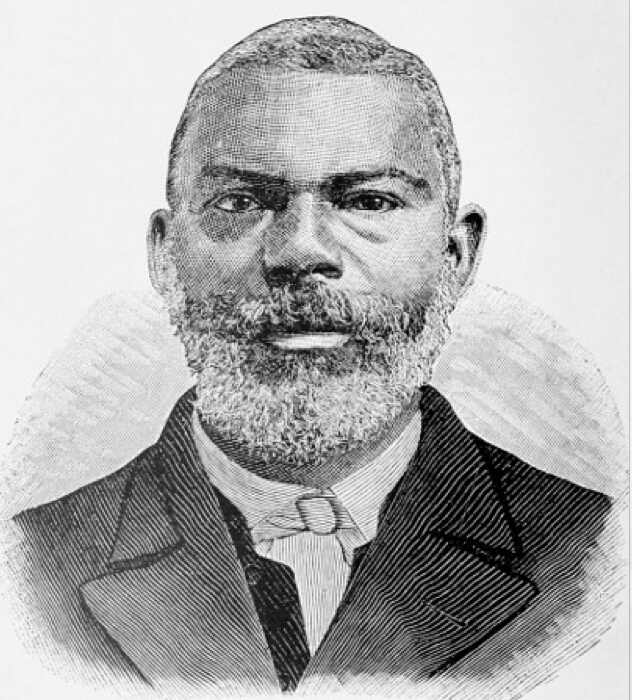 In 1773 while listening to a sermon given by Rev. Matthew Moore, George experienced a religious awakening, of which he said “I saw my condemnation in my own heart, and I found no way wherein I could escape the damnation of hell…which caused me to make intercession with Christ, for the salvation of my poor immortal soul.”

He was baptized. After reading hymns he encouraged other blacks on the plantation to sing them, and explained the meaning of them.

Two years later, with his master’s blessing, the Buckhead Creek Baptist Church licensed him to preach, making him the first African American Baptist minister in America. To empower George to utilize his gift, Henry Sharpe gave him his freedom. George gathered a small congregation, including David George and Andrew Bryan, who both became leaders and renowned preachers themselves in the slave quarters of plantations, and the First African American Baptist Church was born.

After Sharpe’s death in the Revolutionary War in 1778, George moved to Savannah, which was occupied by the British, to avoid re-enslavement, and here with David George and Andrew Bryan built a following of black Baptists consisting of slave and free African Americans. A barn, given to them by Jonathan Bryan, Andrew Bryan’s master, was their place of worship. When the British evacuated Savannah in 1782 George Liele and David George left with them, Andrew Bryant stayed. On January 20, 1788, Abraham Marshall of the Baptist Church officially recognized the congregation with Andrew Bryant as their pastor. 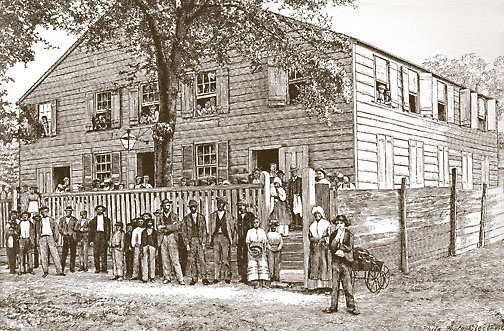 The building, completed in 1859, which today the First African American Baptist Church still calls home, is located in the historic district of Savannah, Georgia. It was built by free and slave African Americans, the first brick structure owned by African Americans in the state of Georgia. Inside there are no shortage of hidden secrets, which include the pipe organ from 1832, carvings on the end of the pews depicting tribal symbols of the slaves who made them, and the stained glass windows which date to 1885 and show African American designs and subjects.

To protect the safety of those offering refuge, no records were kept of the church as a stop along the Underground Railroad, and in certain areas of the church there are holes in the floor which are arranged in a pattern known as a Congolese Cosmogram, representing life. These were breathing holes for slaves hidden beneath the floorboards. Another indicator is the ceiling with its Nine Patch Quilt design, which was a signal the Church was a place of safety for the slaves. Entry to the Underground Railroad was by a tunnel, the location of which remains a mystery. Some believe it was connected to one of the neighboring buildings, others think it went all the way to the river. 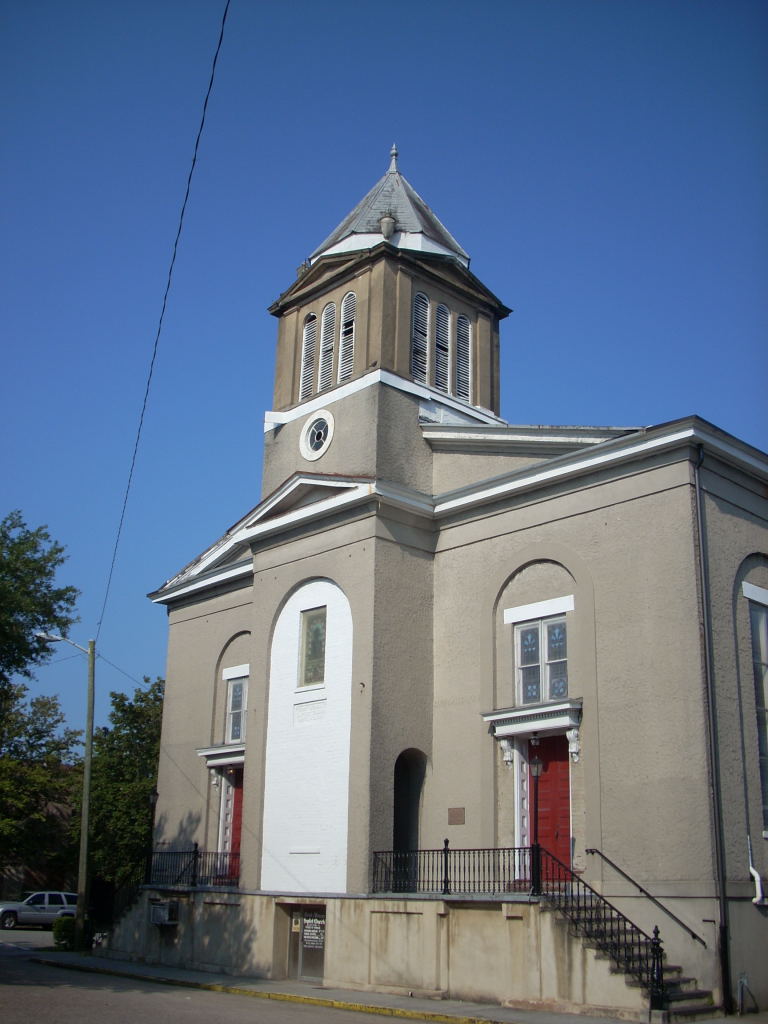 During its colorful and storied 247-year history (making it older than the United States — 1776), the First African American Baptist Church, has had 17 pastors, some of whom have been instrumental in significant moments. The sixth pastor, Emmanuel King Love, spearheaded movements that established the Georgia State Industrial College for Colored Youth in 1890, now known more simply as Savannah State University; he also played a leading role in the creation of Paine College in Augusta and Morehouse College in Atlanta, Georgia. The Ralph Mark Gilbert Civil Rights Museum is named after the 13th pastor, for his work during the civil rights movement in the South. During the segregation era, the church was the largest meeting place for blacks and whites to gather. And Martin Luther King Jr., Walter White, the NAACP president, Lou Gossett Jr., Jesse Jackson, and even Al Gore and John Mellencamp have visited the church over the years.

The First African Baptist Church is still a place of worship and plays a prominent role in the community, helping whoever needs it, changing lives in Savannah. If you get there, there is a museum on the church grounds, with artifacts and memorabilia dating back to its inception, and you should make a point of visiting it.