Have you ever fantasized about spending a few days in a former prison as an alternative to a hotel, yet wondered if it would have the luxurious accommodations and amenities the high-end traveler seeks?

Apparently the answer is very much yes, it would! The 52-acre, palace-like Ritz-Carlton in Riyadh, Saudi Arabia’s capital, has been converted into a temporary prison by Saudi Arabia’s King Salman.

Over 200 senior and lesser political figures, some blood relatives to the monarch, have been incarcerated in the luxurious hotel on accusations of corruption, as the royal family, which controls the government, tries to recover an estimated 100 billion dollars. 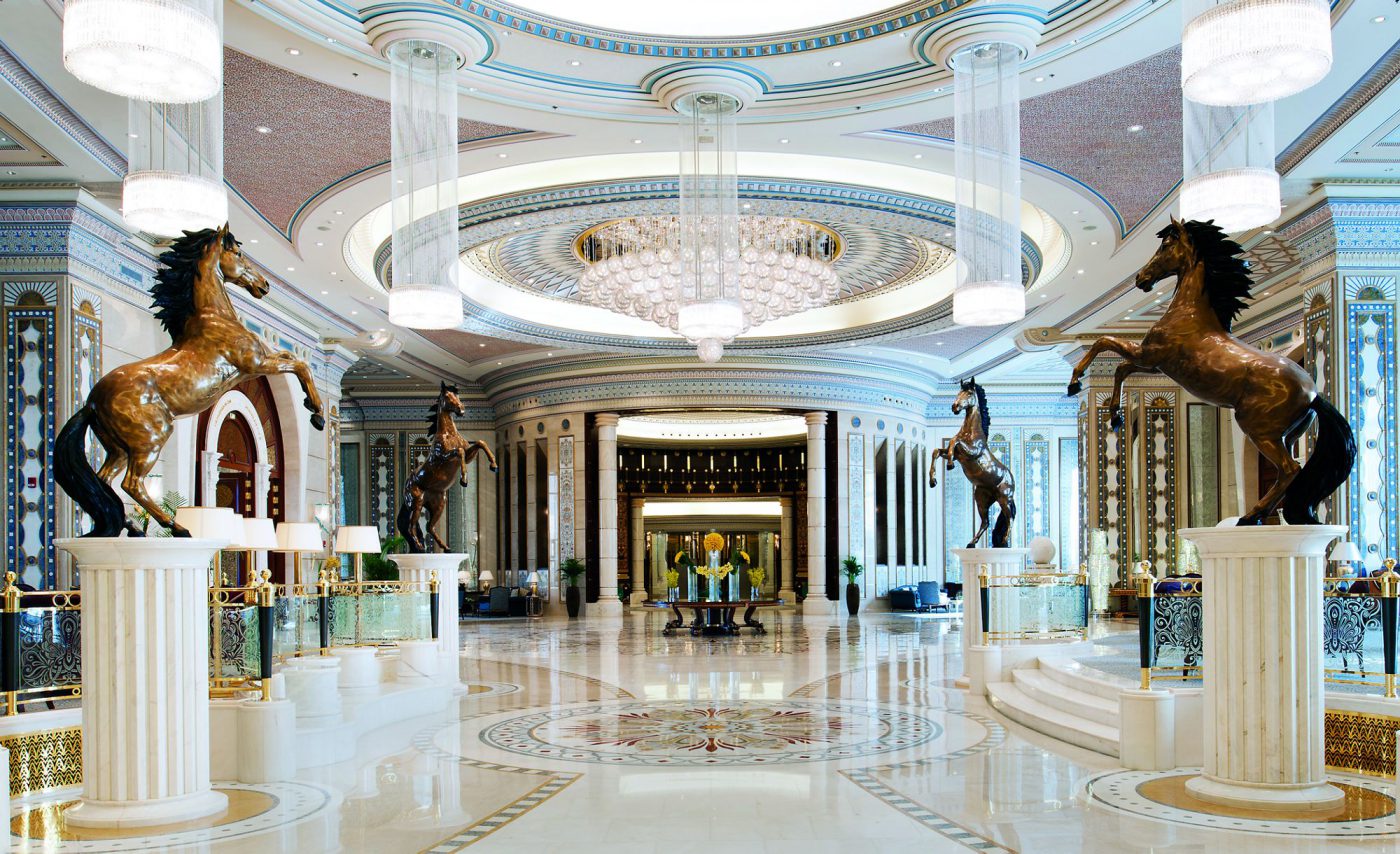 No room at the Inn — unless you’re under indictment

The hotel has won numerous World Travel Awards, including the no doubt highly competitive World’s Leading Palace Hotel, from 2011 to 2016. Surely now it can add to its glittering resume “World’s Most Sumptuous Clink.”

After paying customers were relocated to other hotels in the city on Saturday November 4th, princes, business leaders, and other royals and government ministers were locked up in the 492 rooms Ritz. For some context, a seven-day stay in a deluxe room, a mere 462 square feet (which, come to think of it, is not much bigger than the average prison cell) normally costs $5,300.  The same stay at the Executive Suite would cost around $7,700, but your square footage is more than double, at 1,078.  The Executive Club Suite (as with other Ritz Carlton’s worldwide) gives guests access to Club Level goodies such as constant food and drink available, and pool and club room access, for about a $1,000 more. 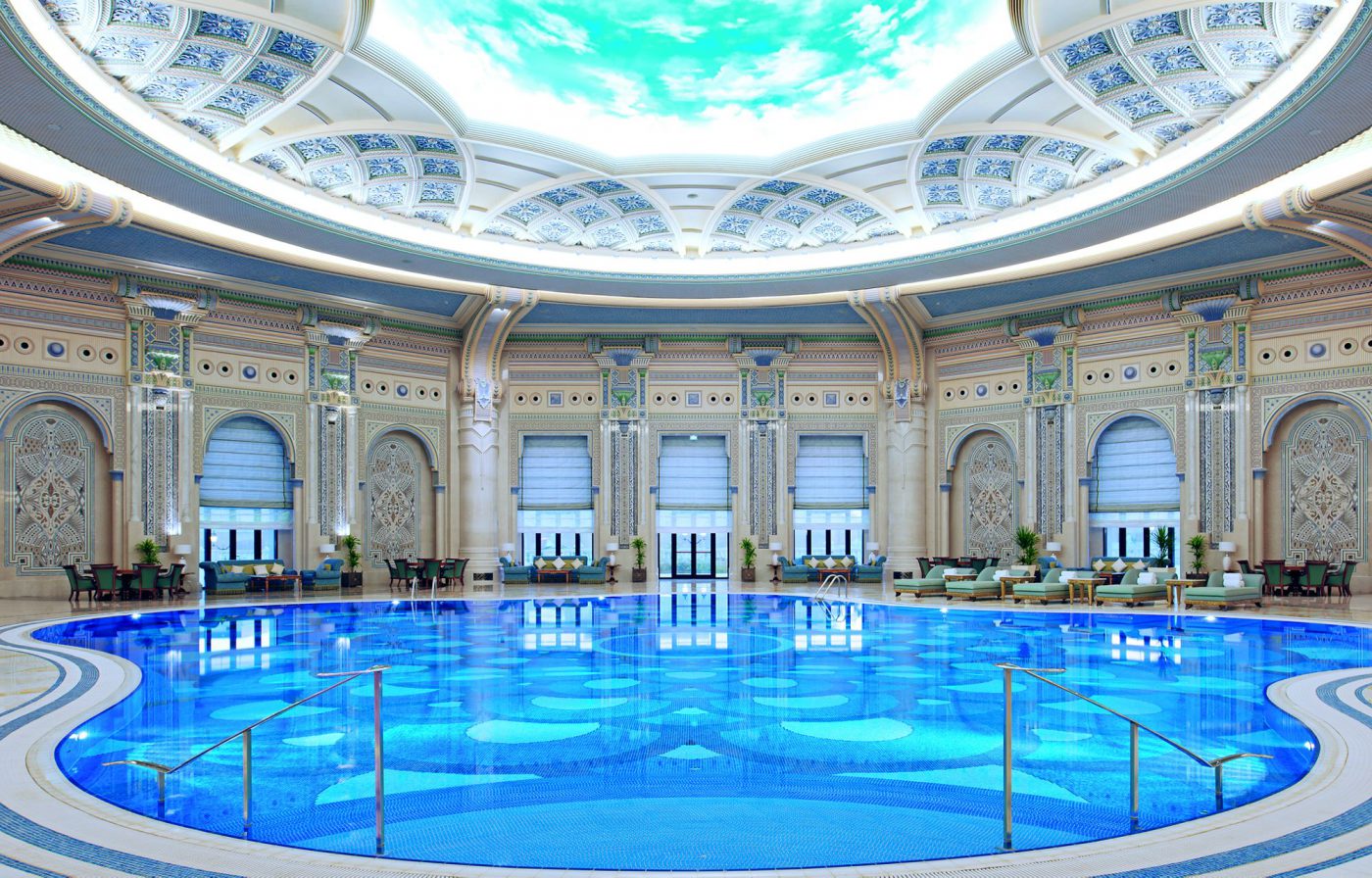 Now that’s what we call a prison yard! The hotel’s indoor pool. Watch out for shivs!

The Royal Suite, the pinnacle of luxury accommodations at the Ritz-Carlton, runs a whooping $32,000 for a week long stay.  But this gives you 4,575 square feet of over-the-top hotel bling that includes an expansive two-bedroom suite, personal office, and a dining room for 14 people. Not bad for a stretch, if one of the ranking royals snagged this.

The hotel usually offers six different dining experiences, including a “modern Chinese restaurant”, any of which should make a fine canteen. It also has a bowling alley.

Among the imprisoned is Prince Al-Waleed, one of the wealthiest people on the planet. No-one is saying who got what rooms but reports are that the royal relatives are in suites and many of the non-royals are stuffed in the ballroom, on mattresses. The unfathomable cruelty….

This oddly lenient arrangement is due to the King’s tribal tradition of extending respect for senior figures and patriarchal family members. Putting them in a real prison would be contrary to the culture, and seen as disrespectful in the eyes of his people, which might have consequences for the already troubled monarchy. 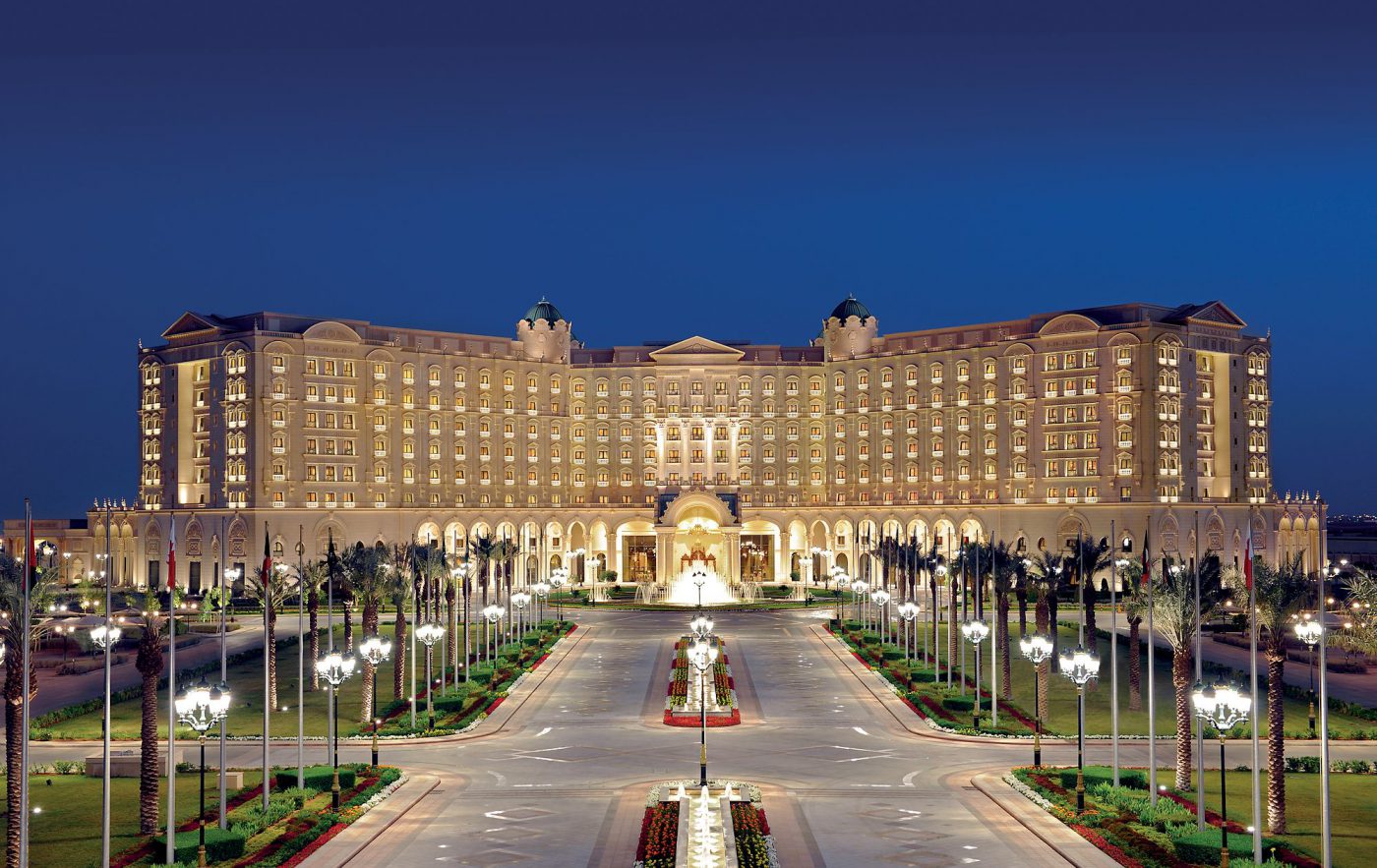 A quick search for reservations for the upcoming week at the Riyadh Ritz led to a message on the company’s site that, “Due to unforeseen circumstances, the hotel’s internet and telephone lines are currently disconnected until further notice.” An additional phone number is listed for any further requests (perhaps like, “can I get a very good lawyer?”).

“There is no availability for about the next month,” stated a Ritz-Carlton employee, without irony. Presumably that could change if another high-connected Saudi official or family member turns up in the investigation.

Justice does not tarry in The Kingdom. So if staying at a former ne plus ultra “prison” that hosted royalty is on your bucket list, about a month from now you will probably be able to do so. The bill at the end of your stay will be sobering, but, one conjectures, if you don’t pay it, management might just extend your stay.

The Birth of the Luxury Hotel

César Ritz and chef Auguste Escoffier invented the luxury hotel. Luke Barr, author of a new book on the pair, explains how

Devastated by Hurricanes last year, the island is ready for people to come visit again