Just last week the doormen in my building started wearing black plastic gloves for the first time. My inner teenage Goth approved, but adult me wonders at this rather unsettling color choice in an otherwise Starbucks-paletted lobby ranging in shades of café latte to espresso.

Outside, on University Place, (a street that’s evolved into a fashionable corridor connecting New York University’s campus to Union Square Park), the sidewalks were full, but kind of empty too. August-empty. It sounds like a contradiction, but it’s not. It’s more of a vibe. The last hurrah at summer’s end when millions take last chance vacations–though millions stay.

Last week, carrying on with my routine, I took a ten-minute walk north to the Strand Book Store. Yes, it was also August-empty and I could glutton out in the history section without rubbing elbows with other customers in the narrow aisles. With the resolve of a stylite, I resisted the temptation to buy another out of print book. (Hint: see my column on Out of Print books in NIGHTSTAND)

On my route, Peridance Dance Center, is next. It’s where I’m profoundly humbled in every ballet class — we’re talking a few decades of humility training. Here too, August-empty. In the upstairs dance studio, the floor has been freshly mopped with something harshly akin to MadaCide hospital disinfectant — and someone is wiping down the ballet barre with a variant of the same. I flash on the scene in Visconti’s film Death in Venice where the streets are fumigated as the plague sets in. (Whatever became, I wonder, of the golden youth Tadzio after the final chapter of Death in Venice? What became of old Gustav von Aschenbach, besotted with Tadzio’s Hellenic-statue beauty? Perhaps, being older, Aschenbach more readily succumbed to the plague. We’ll never know what Mistress Fate holds in store for us, will we?) Today there are only seven in class instead of the usual twenty and more. I ask ballet master, Simon Kazantsev, former Bolshoi dancer about Coronavirus warnings and if he’ll keep teaching. He’s unperturbed, which I chalk up to his formidable training. “As long as I feel good, I’ll keep on going,” he confirms. 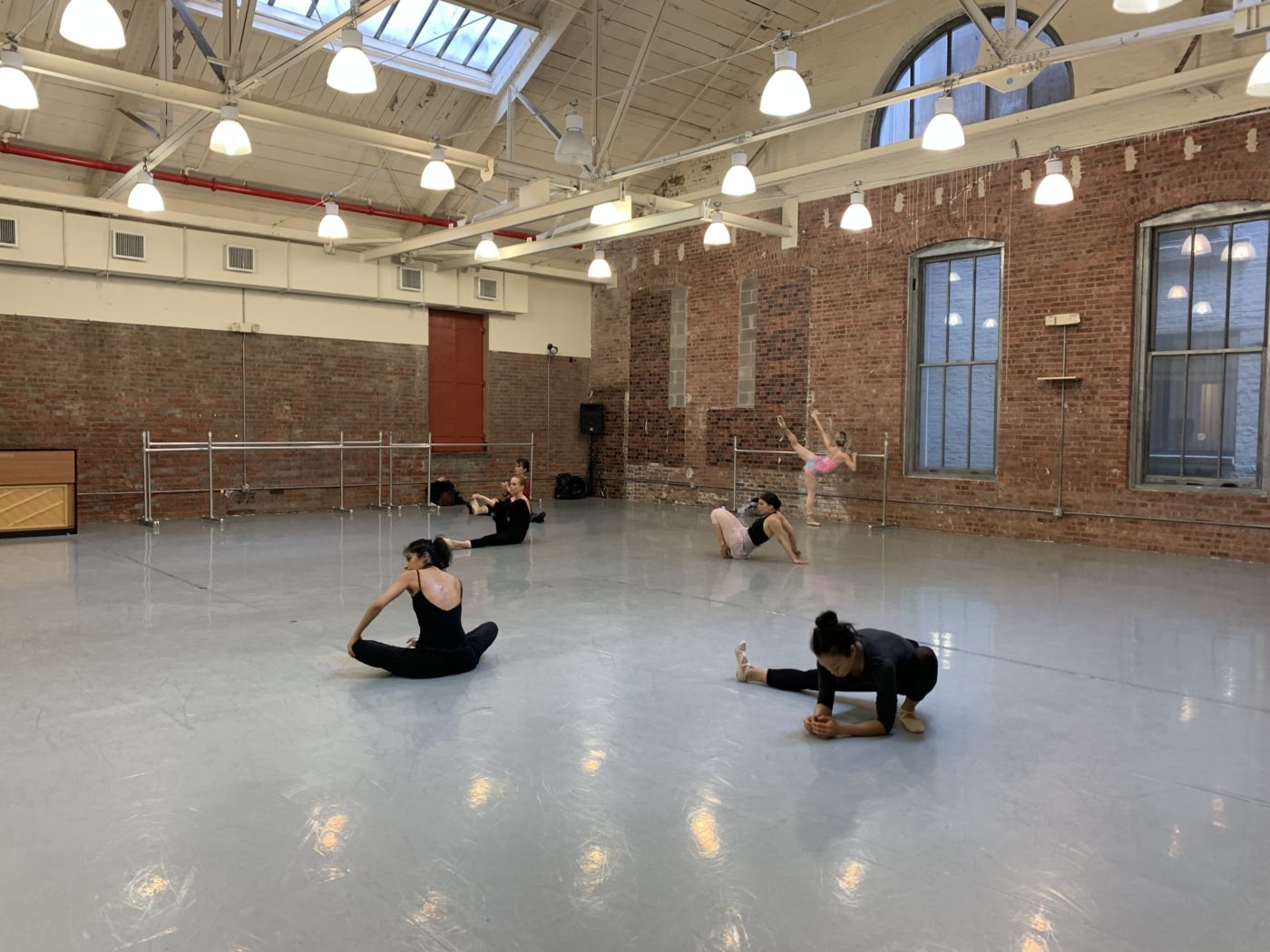 Before heading home, I rendezvous with a friend at Knickerbocker Bar & Grill — Greenwich Village’s very own version of the old TV show Cheers. No better indicator of, well, the neighborhood, than a neighborhood bar. And nobody knows the regulars better than bartender extraordinaire Fiona Smith. Indeed, the friend I met happily travels from the Upper East Side for what she says is the best vodka martini in town — Ketel One shaken with a twist and extra olives.

Fiona tells me she’s noticed a change. “People are drinking more. I think there’s a low level of anxiety and they’re definitely having a few and hanging longer because there’s nothing to do. Museums are closed and shops are overcrowded. So, people are hanging out at the bar. It’s a nice way to pass the day.” I ask Fiona what today’s drink of choice is: it’s a Bourbon Old Fashioned. The regulars are watching President Trump on TV. With all the hooting and hollering, you’d think they were at a sports bar watching the World Series. Nudged together, bar stool backs overlap. Though the rumblings of social distancing and worse-to-come are underway, at the bar people seem to take comfort tucked alongside one another, nudged as close together as economy seats in an airplane row. This was just over a week ago…

Tete-a-tete, it almost feels subversive now — those face to face conversations at a bar — like pouring Absinthe over a sugar cube on a slotted spoon, watching Josephine Baker dance naked in Paris, or the Beats talking poetry in nearby Washington Square Park, or snorting cocaine from a grungy rolled dollar bill in a New York nightclub of the ‘80s. Pre-Coronavirus, pre-Zoom meetings and pre-working from home, our once normal lives are beginning to seem long ago and somewhat quaint. Yes, even as old fashioned as meeting a friend at a crowded bar — with an Old Fashioned cocktail on the side.

Today, it feels like I’ve slipped from last week’s old fashioned world into this week’s retro world. To my surprise, when I make phone calls, people answer on the first or second ring. They’re home! What a change from texting first to make an appointment to talk. I call my uncle who survived World War II and is the youngest (and sharpest) 90 year old I know. He picks up on the first ring. I ask him, “What was it like during WWII? Can you compare it to now with people being scared and new government decrees all the time and so many people suffering and dying?” I expect to hear similarities. But he says, “What?! It’s like day and night! There’s no comparison.This is a picnic.” He describes the panic of hiding in a church cellar while bombs exploded in the city of Vilnius, and says that buildings shook and people screamed, afraid to be buried alive or killed. We change the subject. He makes a joke about the stock market, then gives me a stock tip. How could I not share it with you, gentle reader? Check out one of Warren Buffet’s favorites: Suncor Energy, symbol SU. Disclaimer: Don’t take my uncle’s word on this. Please do your own research first if you intend to make a trade on the stock market.

Time to retro. The staircase is my new gym. Yesterday I climbed from the 8th floor (where we live) to the 26th. Needless to say, I didn’t run into anybody. Every day I’m going to increase it by a couple of floors. My husband and I are doing calisthenics at home too. I’m doing regular push ups (not the girl version) and not as many as he does, that’s for sure. Tonight we’re watching another episode on TV of the Russian filmed “Catherine the Great.” Tomorrow we’re going running outside. I almost forgot to mention my favorite pastime. I’m booking travel (yes, glass half full) for Christmas in Paris. Round trip, non-stop on Delta, $445!  I’m there.