Driving through the vast Midwest from Texas to South Dakota in 2015, photographer Morrisa Maltz was dumbfounded; simultaneously captivated by the beauty of the untouched landscape and shocked at her own unfamiliarity with such a large part of the country she calls home. The hazy landscapes, rundown motels and endless stretches of farmland were entirely unfamiliar to her. Having previously lived in California and New York, Maltz felt like an outsider in this portion of the country. And she turned to photography to acquaint herself with the unfamiliar territory.

The result is The Unknown Country: a collection of thousands of 35mm film photographs that capture the rural, bucolic, hardworking spirit of the American Midwest. In addition to the photography series, she is also producing a feature film inspired by her experience working on the project. The documentary-scripted narrative hybrid chronicles the road trip of a young American woman, played by actress Lily Gladstone, throughout the same region.

While Morrisa hopes to eventually present these photos in an exhibition, particularly in smaller towns featured in the project, and book format, they can currently be viewed on Instagram. The film is in post-production and is set to be released this fall. 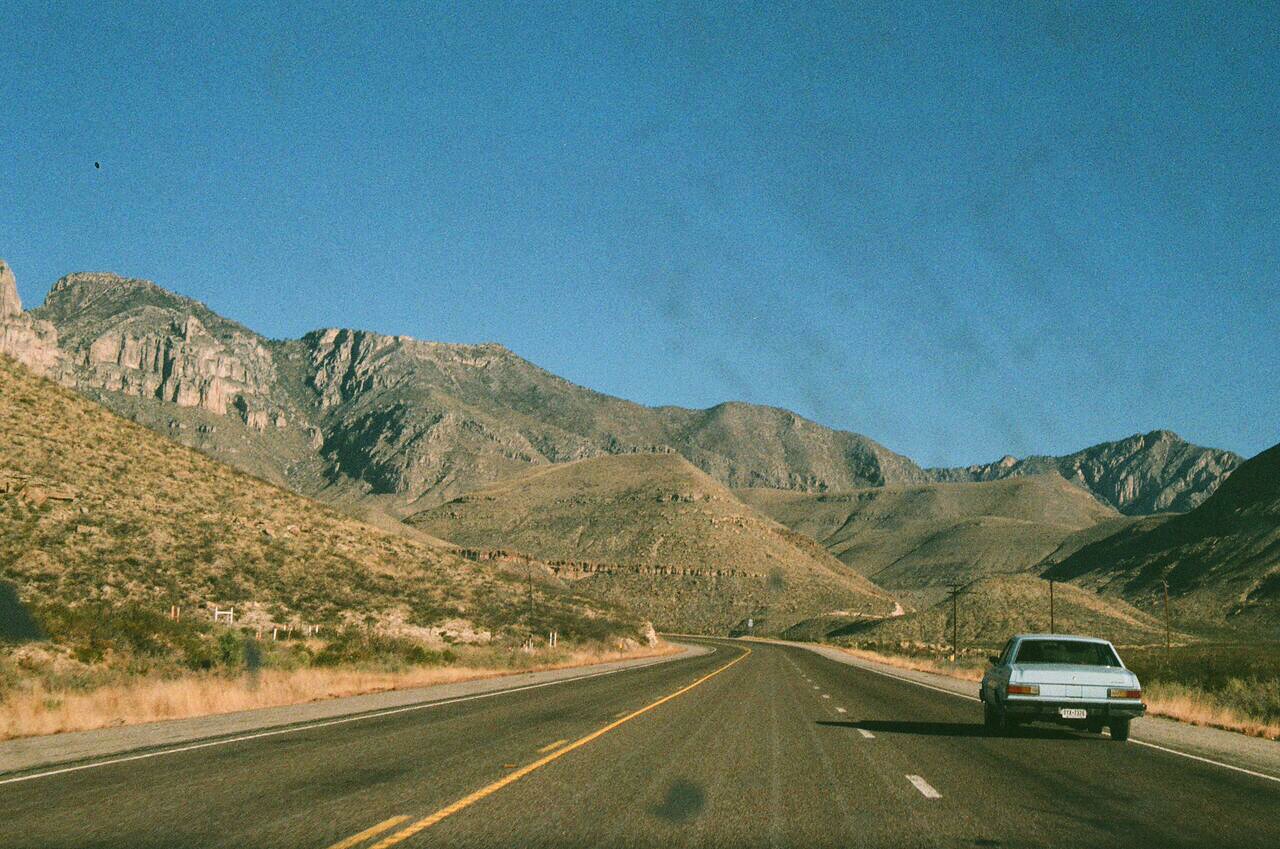 Originally from San Diego, Maltz attended Columbia University where she took a photography class and fell in love with the art form. Currently based between projects in South Dakota and Dallas, Texas, Maltz often road trips between the two states.

“I became very curious about what our country was at that time, because I just am not from that part of America. I started with taking a lot of photos as we were traveling, and the photo project was kind of just familiarizing myself with the landscapes and the feeling of this part of the country that I didn’t really know. And there were just thousands of photographs as I was driving and experiencing what these places felt like through the photographs.” 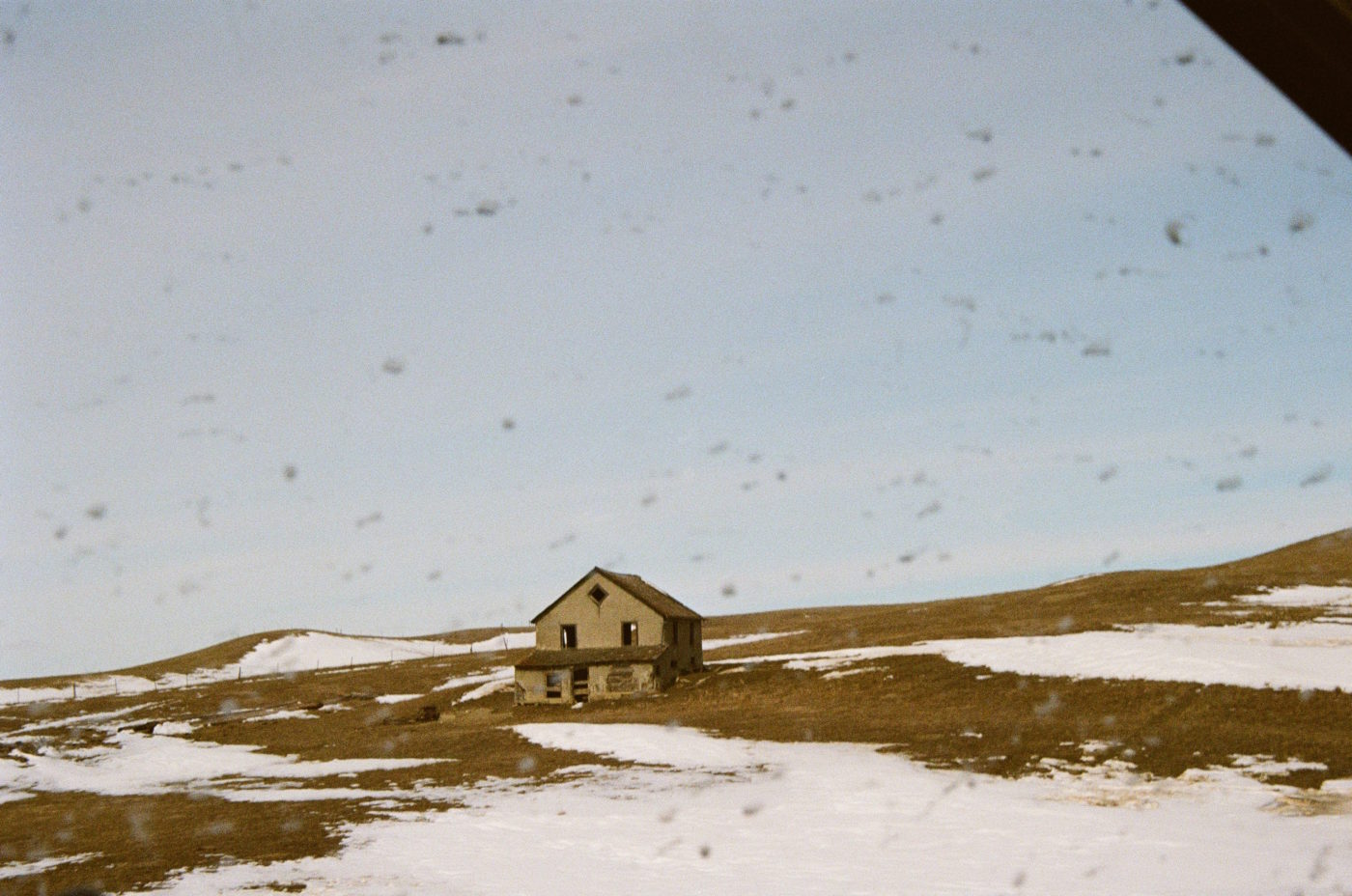 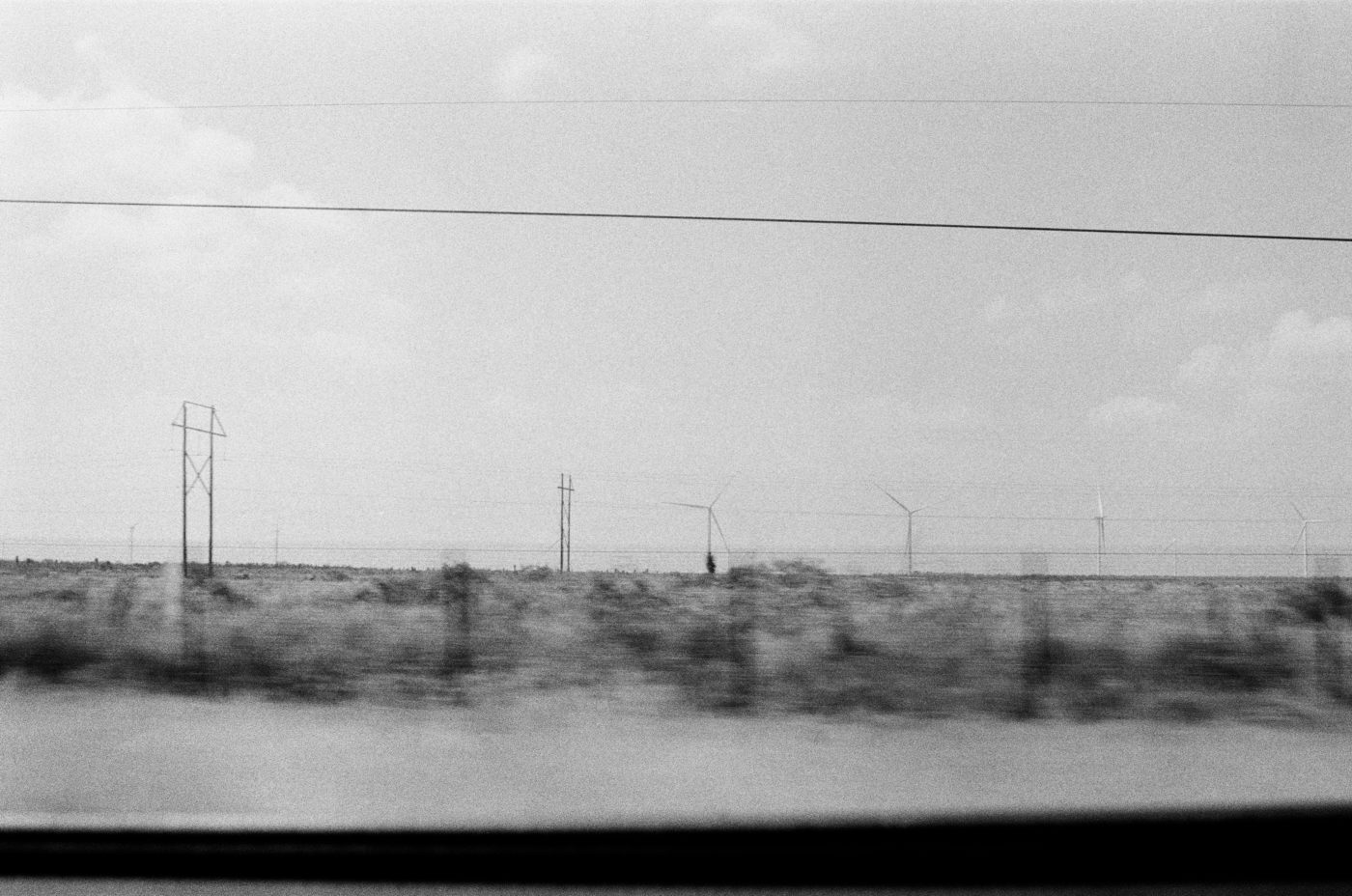 Maltz was particularly struck by the vastness of the region. “In winter 2016, my husband and I were driving in North Dakota, and the landscape was something I had just never seen before. Just white forever, and nothing else. But it was the most beautiful sunset I’ve ever experienced. And that to me was a shift where I was like, oh, this is a whole other world that I can spend a lot of time discovering.”

“I’ve always preferred shooting in film rather than digital. I just found the look of it to fit more of the nostalgic feeling that I love. I also like the process more. So many of those photographs were just pressing the button and not even looking at what I’m shooting. And there’s just something about it where it’s capturing a moment without even knowing what that moment is.”

The photos have a mystical quality to them, capturing a distinct place while sometimes bordering on abstraction, presenting a world that is stagnant yet enduring, antiquated yet timeless, laborious yet tranquil. 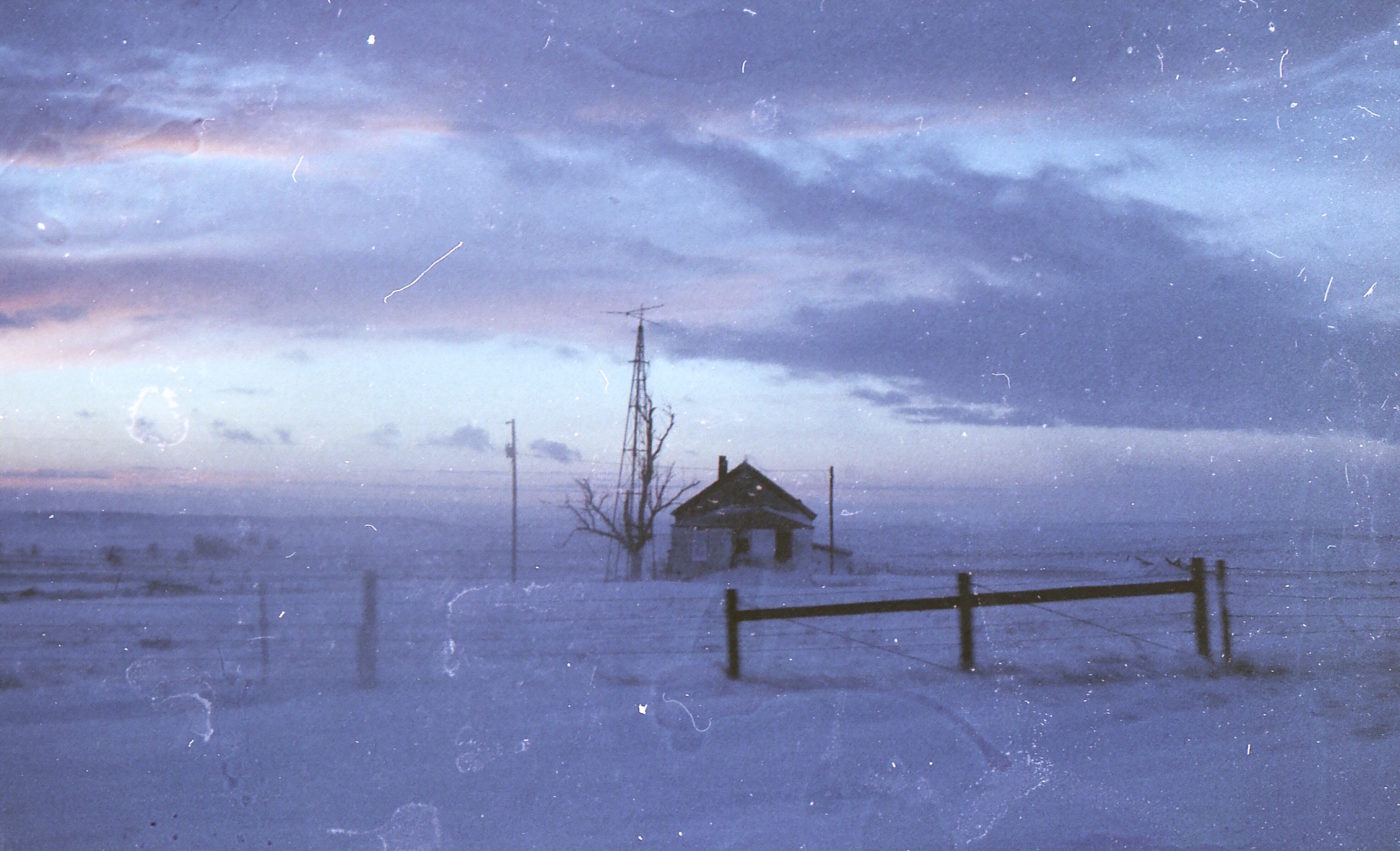 Driving this route specifically after the election of Donald Trump in 2016, Maltz experienced a stark disconnect between the coastal cities she was accustomed to and the country that lies in between. Having acquainted herself with the territory via photography, she decided to further explore the culture and politics of the Midwest via film.

The Unknown Country, inspired by films like The Florida Project and American Honey, is a feature film that chronicles a young woman on a Midwestern road trip and the people she meets along the way. While the narrative arc of the trip is fictional, the film weaves in and out of the real lives of people Maltz met during her travels.

“It is sort of taking a look at America for what it actually is versus what we would assume it is. So my view of it, although I was very upset about Trump, was that I felt a responsibility to get to know our country a bit better. 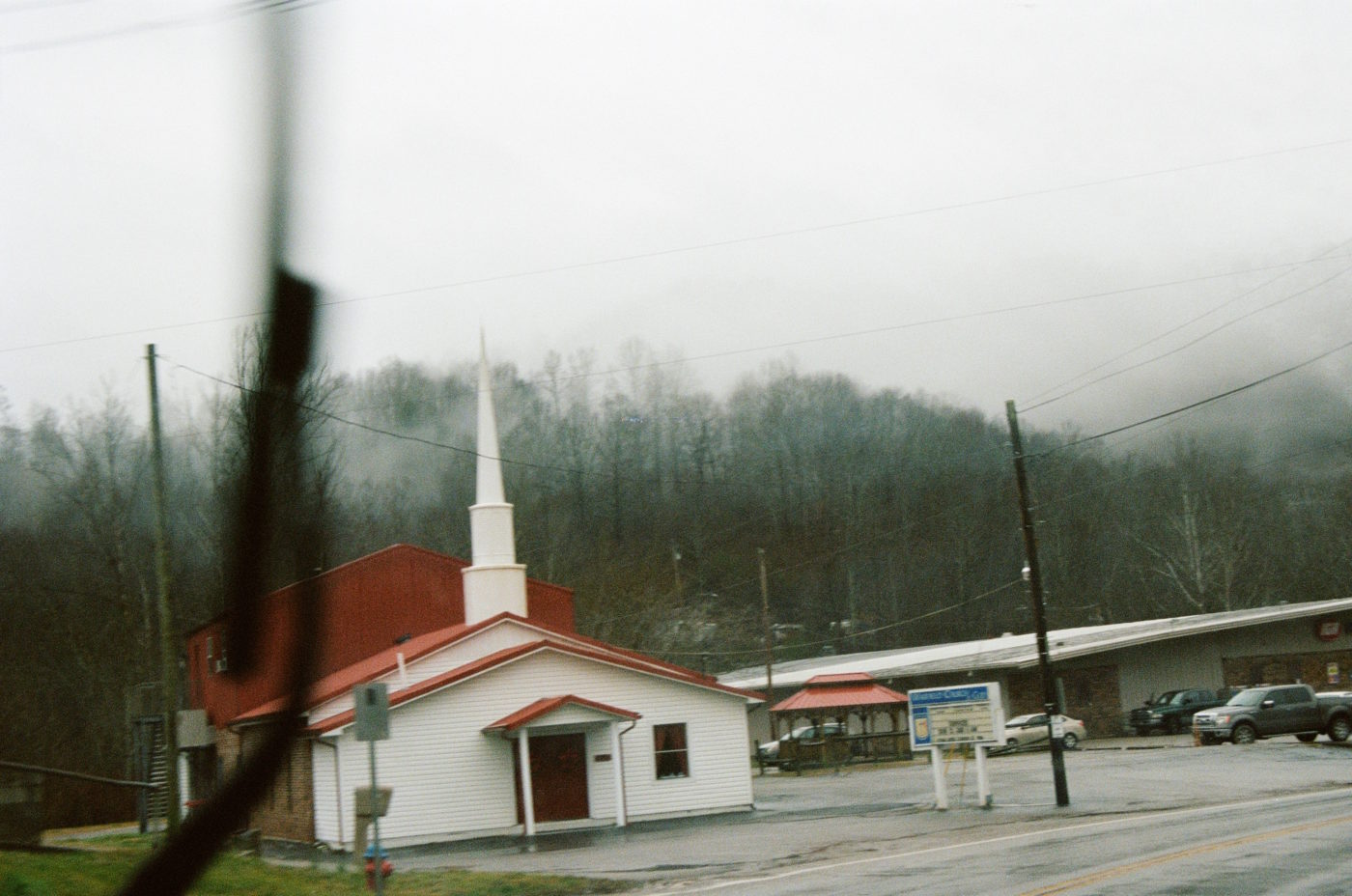 “America is a very spread out country. There’s a ton of misinformation on the local radio that people listen to. But a lot of the people that I was coming across are just these very hard-working American people. With America being this spread out, we all have many different assumptions of each other and especially in the political climate right now, it’s easy to forget we’re all human beings. And that’ s what the film delves into. What do the lives look like of the people we come across everyday? ” 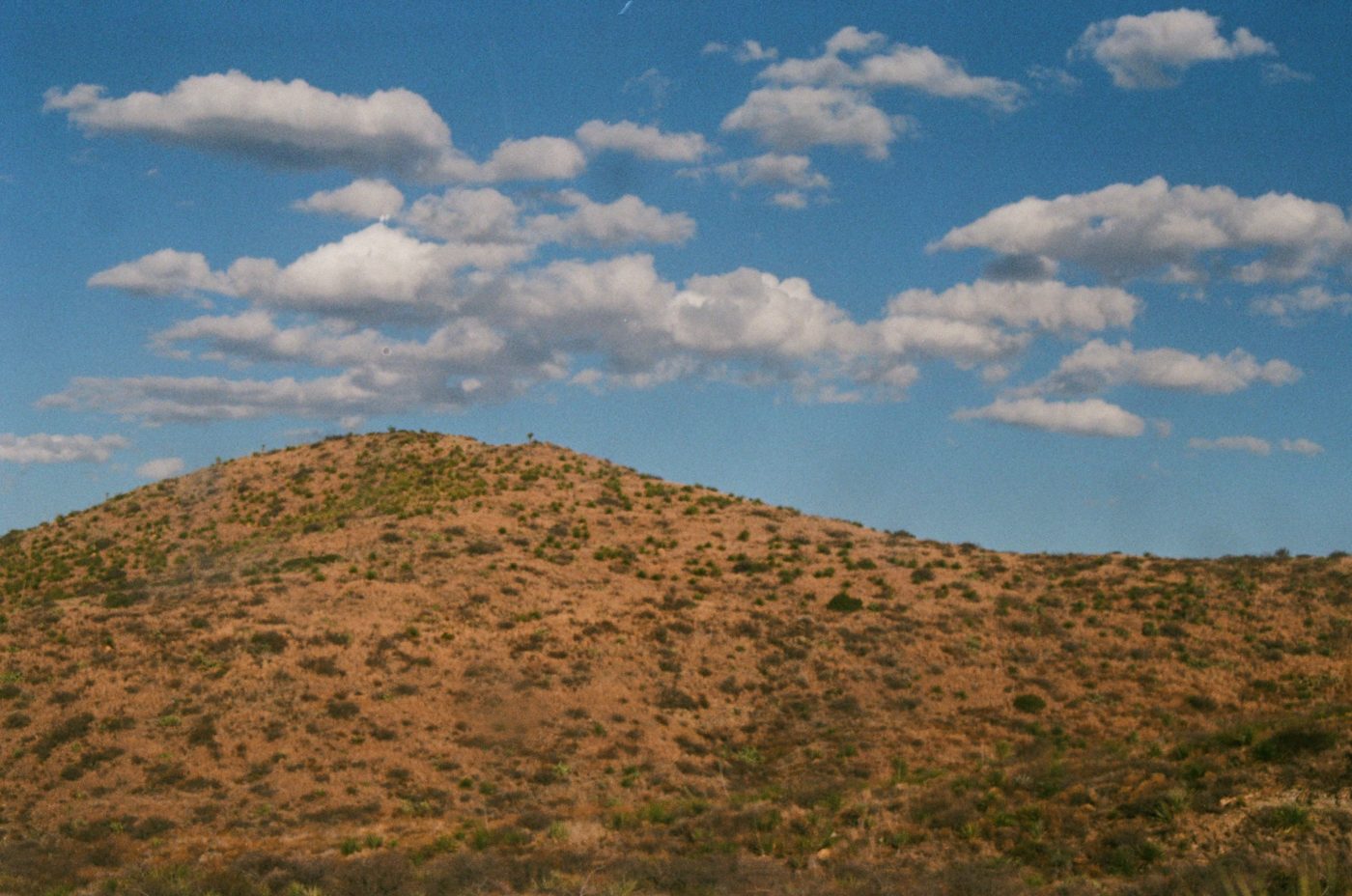 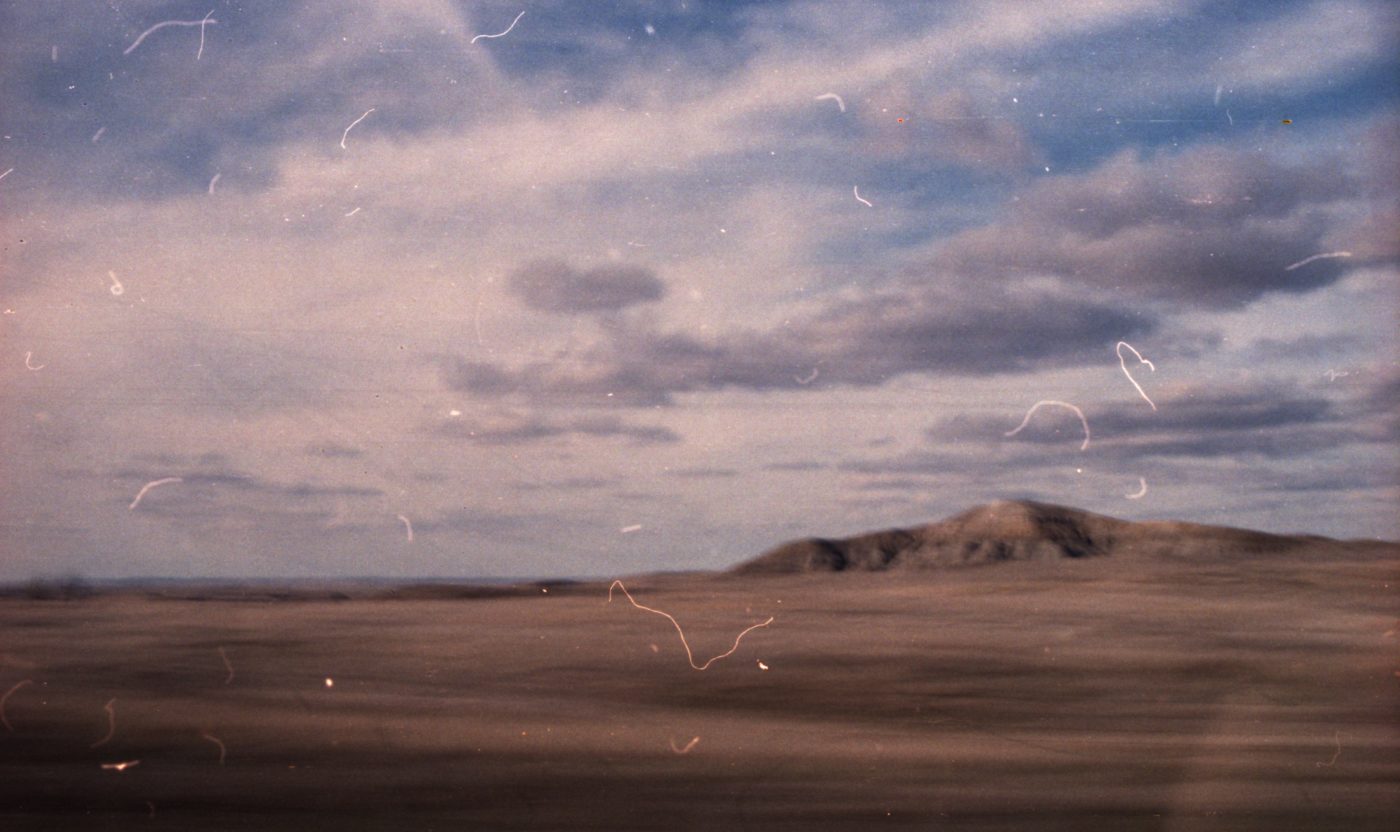 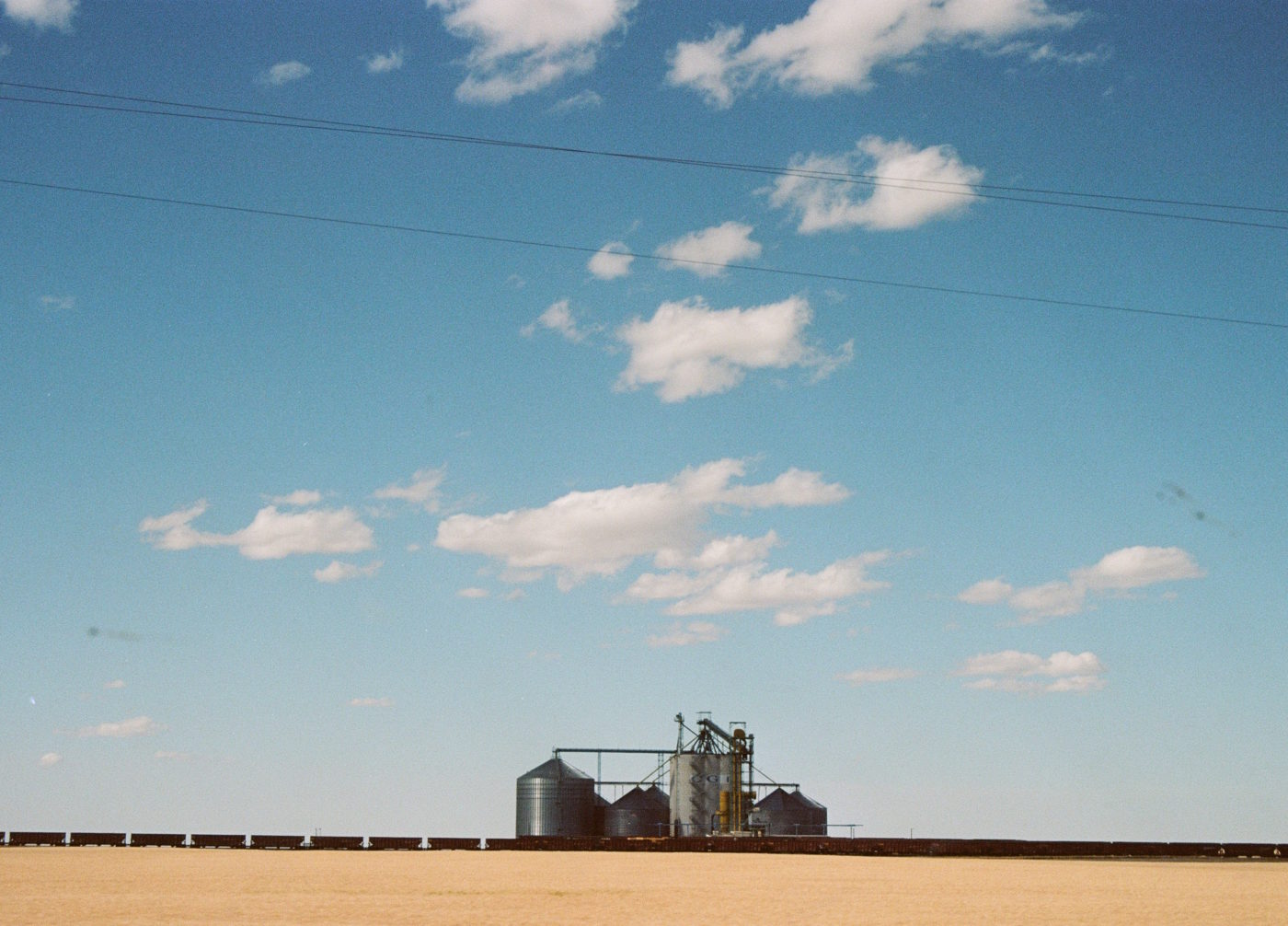 The photographs and film function together and separately, each forming a crucial aspect of the project.

“I would say this is true to every project I’ve worked on. It always starts with photography. The visuals in the film are one hundred percent the visuals in the photographs. They function together. And while the photos are the seeds for the film, they’re also important on their own. They’re a documentation of some of these areas over the years of me making the film and of road tripping in these areas during a Trump presidency.”

In the post-Trump era, Maltz hopes that her project will combat stereotypes and facilitate dialogue.

“I hope that the project gives the view into this part of the US that I feel is greatly overlooked in a lot of ways. Because once we start to mix ourselves up a little bit, then we can start to have a dialogue. If we’re just in our bubbles having the same type of discourse, then there’s no understanding of what else exists. I just think that that’s problematic for the country moving forward. It’s just about giving value to all vastness that makes up the US and encouraging dialogue.” 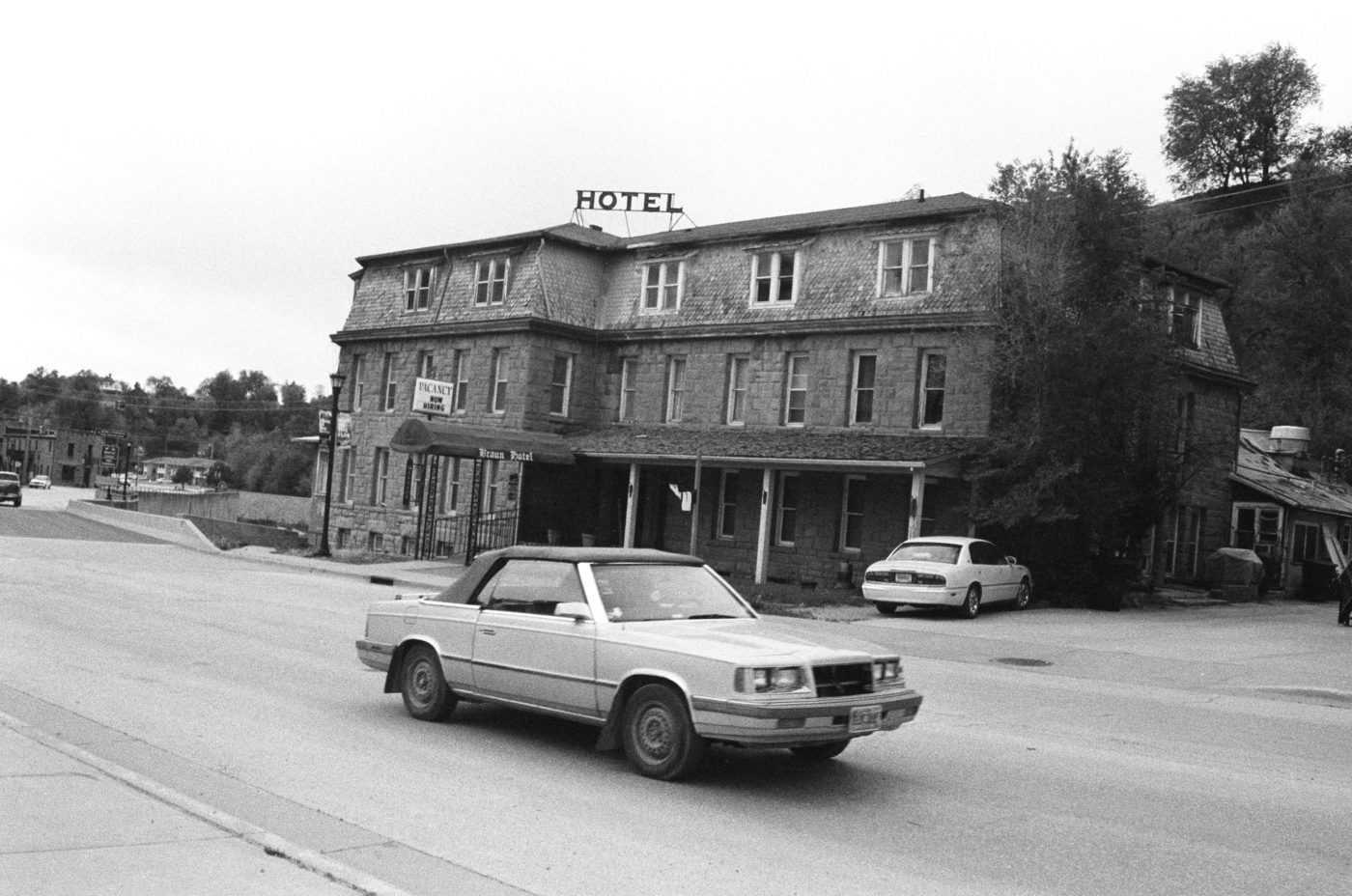 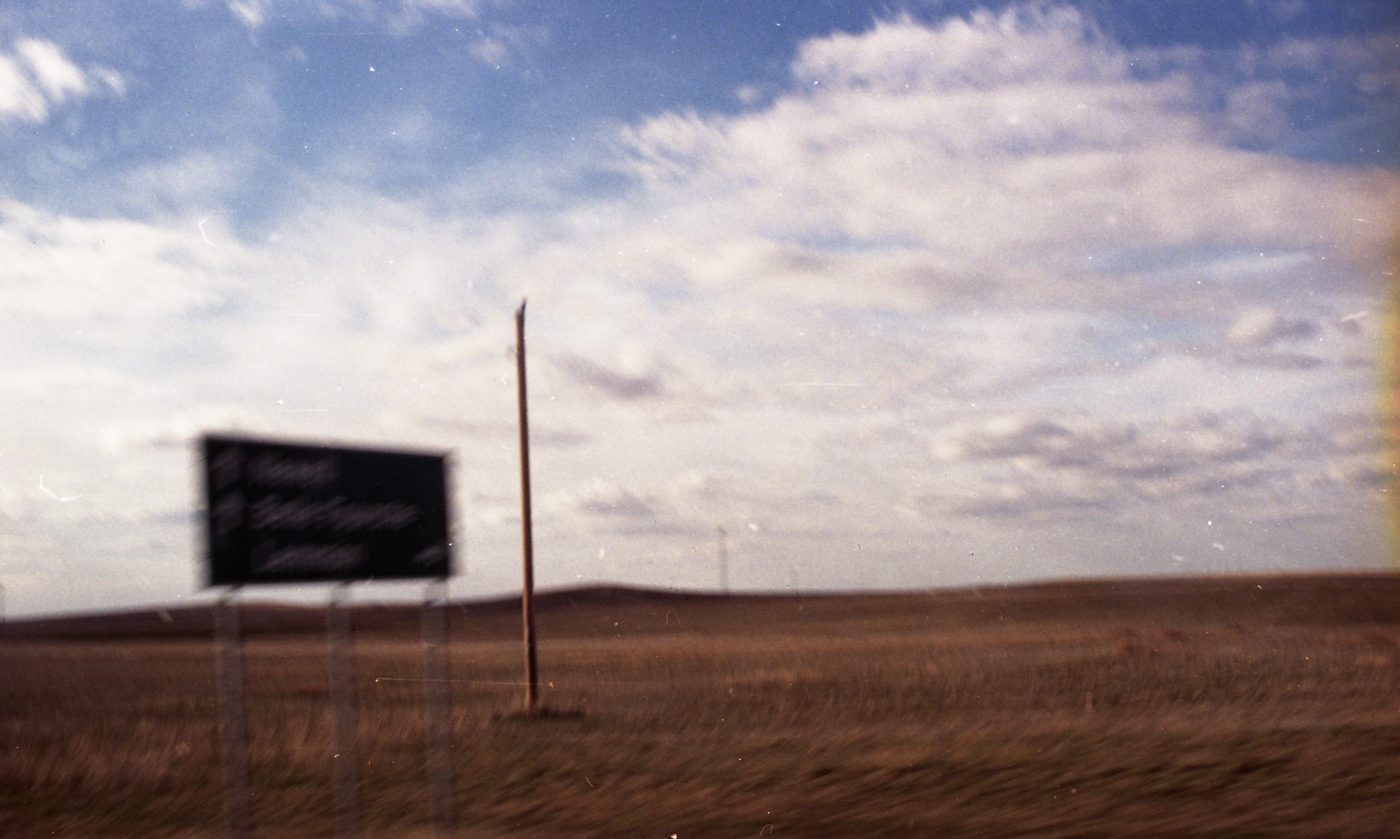 Beyond politics, Morrisa sees The Unknown Country as a timeless testament to the great road trip.

“Road tripping and driving and exploring just doesn’t get old. No matter what generation you are and no matter how many times it’s been done before, there’s something really beautiful and exciting and it’s always there. Even if people have been doing this for decades, it’s worth doing. That’s a lot of what the photos and the film are about; just seeing your world while you’re here.”