There are a number of after-hours clubs around Los Angeles, or pop-ups, named as such as they literally can ‘pop up’ after hours. To hear about them you have to be on a double secret email guest list that goes out to a chosen group of people and they then choose whom to invite from there…Sounds intriguingly salacious and they open at 2 a.m. If you can find them. The backup plan is to be in a hip place in West Hollywood or downtown around 2 a.m. and ask the cool people where they’re headed.

A liquor license past 2 a.m. in LA is not happening, it’s not New York. We surf early here. Sounds brutal if you like partying into the wee hours. This is where the underground after-hours club comes in. There are a few secretly scattered, usually tucked away as they have to be. But never mind, we mostly turn a blind eye. This is LA after all. 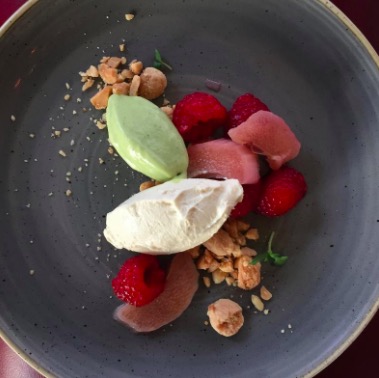 Sex on a plate: White chocolate mouse at Crossroads, a vegan restaurant on Melrose.

One balmy LA evening I was out for dinner with a musician friend Paul from The Disreputable Few at his favorite vegan restaurant, Crossroads on Melrose. You have to book, as it well, books up. The food is divine. Every mouthful placated heaven.

The next day I’d taken a nap earlier in the evening to get up and go out around 11 p.m. prior to and bump into some friends after their final show.

Snap to! I’d overslept and woke up around 2 a.m. Noooo! The house was quiet. Old Hollywood Spanish stucco stone walls keeping the sirens out. I pulled some clothes on in a weird translucent jet lagged haze, confused that I’d slept over the original well laid out plan, and it was 2 a.m. and The Disreputable Few were going on at three, and I had to find this hidden place in a weird little rental car.

I went in the bathroom and smudged makeup on my face, some lipstick to look OK in the dark. My teenage child was sleeping in the room next door, passed out. He sleeps well. Good thing. Mom’s slipping out at 2.30 in the morning and she doesn’t know where she’s going. Thank God for GPS.

A few miles and turns around a seedy neighborhood with no one on the streets, it’s LA, there’s no parking, but two blocks away, feeling as if I hadn’t been out for years. Naughty.

Walking down a dead dead-end street, cars stacked, a figure loomed in the dark — “Ahem.. is there an after hours here?” I asked nervously. He sized me up and down. He was big and it was dark. He grunted and motioned towards the bush. Errr scuse me? Err the club ? I asked confused. Again he grunted towards the bush in the dark. I couldn’t even see an entrance of anything.

Up dark steps, two bouncers hovered with a list, looking up and down a few pages grunting….the preferred language around these parts, the club beating inside behind. I thought they thought I was too old — could have been my paranoia… I am the mom who sneaks out in the middle of the night, matey! 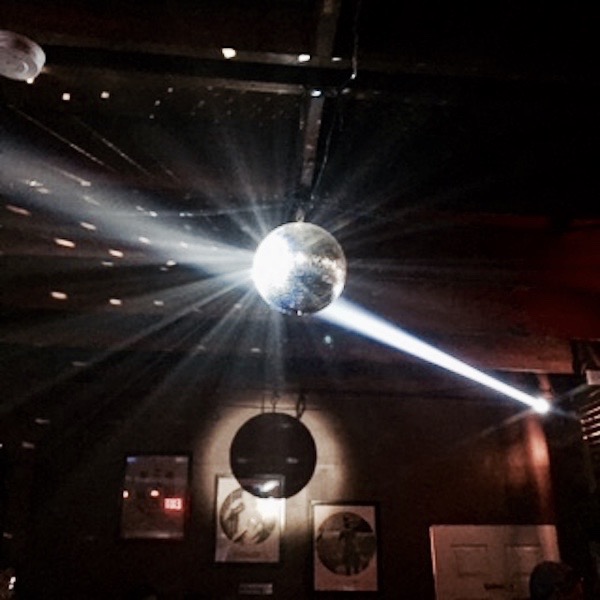 Looking up because we can’t look down…***Curtis Cockrell***

Finally motioned toward a door… Smoky connecting rooms, like an airless shed, music, beating, some crowded, all vibed. Beautiful people, like aliens, trippy, a cocaine-fueled underbelly, sexy rumblings in the corner…over there, and what on earth is SHE doing with him…??!!

The psychedelic blues rock band playing on the stage amongst the hedonistic smoke of dank and seedy, trashily decadent and mutated visuals.

At one point venturing to the bathroom, the size of a cupboard with a pink door, some graffiti, neon lights and clearly not made for multi-usage…coming out fighting with the door, a guy stood leaning on the dim wall in front of me, chiseled, Hispanic in leather, a cigarette hanging off his lip like James Dean, too cool yet uncomfortable, maybe just wasted. “You’re really hot for an older woman,” he said huskily. Which in this place, just made me smile. I still got it. Phew.