A few years ago, on my first visit to Italy, in the days just before Christmas, a military band marched past our house and through the cobblestone streets of our ancient hillside town, Guardia Sanframondi. The soldiers, wearing fatigues and feathered black hats, heading toward the municipal building in the dusk, played trumpets, trombones and drums.

That spectacle alone held charm enough for me. But among the Christmas songs the band played were classic Christmas tunes born nowhere other than the U.S.A. Our family listened smiling out our windows as the melodies of “Jingle Bells” and Santa Claus Is Coming To Town” spread through the night.

A one-shot event, I assumed – but mistakenly, it turned out. A few nights later, the town staged a Christmas concert. Locals and expats alike gathered on folding chairs in the darkening evening, munching on taralli and sipping wine from vineyards in the valley below. And once again the band played Christmas songs from the American songbook, from “White Christmas” (titled “Bianco Natale” here). and “Rudolph The Red-Nosed Reindeer” to “It’s Beginning To Look A Lot Like Christmas.” 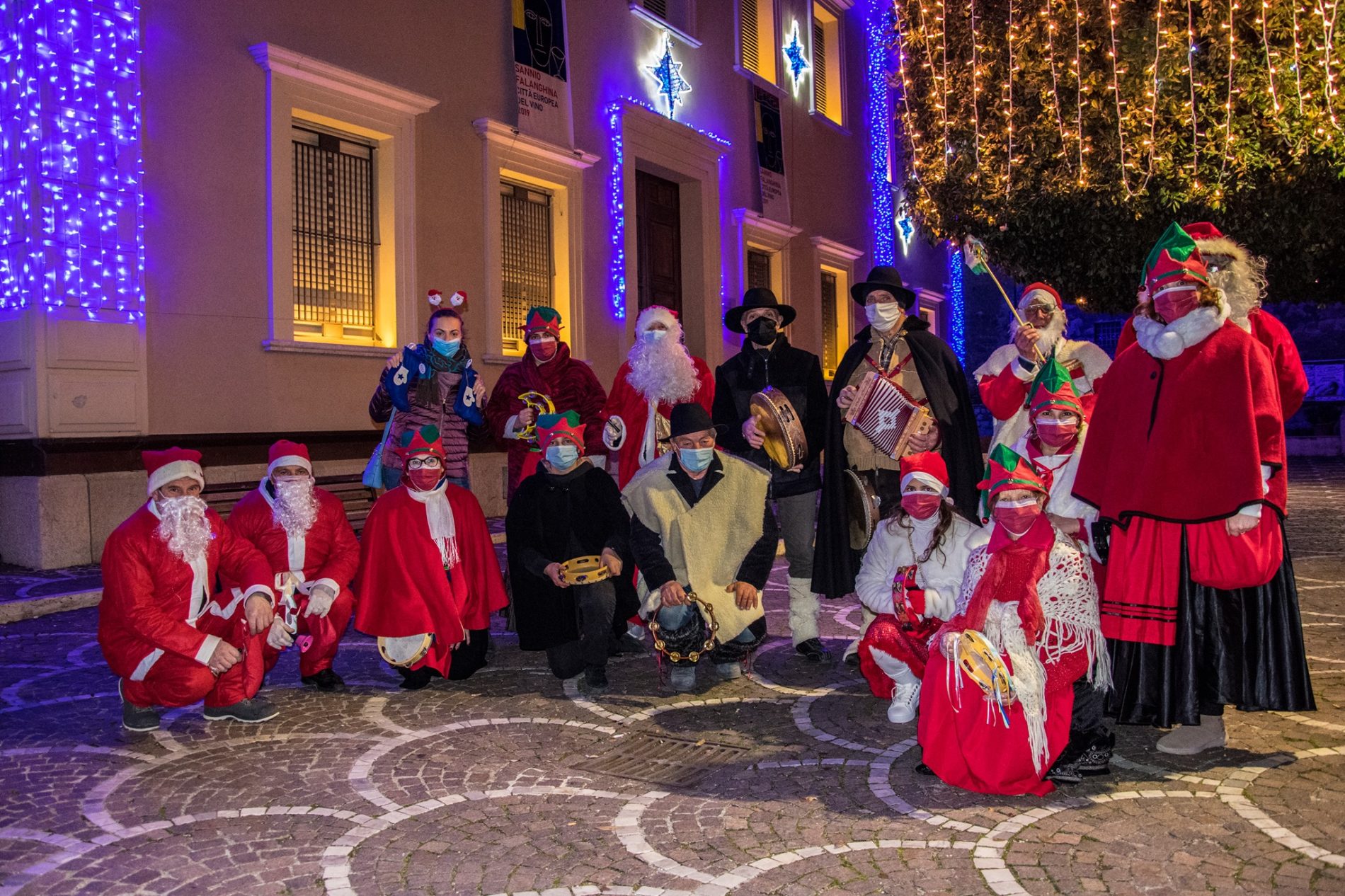 Santa Claus came to town! And he brought his crew, and the band, to Guardia Sanframondi

So it goes here, I now know. Wherever you go – in restaurants, stores and malls, in TV ads and the gorgeously illuminated streets of Florence and Rome and Milan — Italians are playing our songs. The repertoire ranges from the holy (“Silent Night”  and “Oh, Come All Ye Faithful”) to the secular (“The Twelve Days Of Christmas,” “Have Yourself A Merry Little Christmas,” “It’s The Most Wonderful Time Of The Year” and – who can forget it? – “The Christmas Song,” with its opening lyrics about “chestnuts roasting on an open fire”).

In almost every case, the troubadours serenading us with Christmas songs stamped “Made in America” are themselves made in America (and often of Italian-American ancestry). Frank Sinatra, Dean Martin, Perry Como, Bing Crosby, Nat King Cole, Johnny Mathis, Mel Torme, Andy Williams, Ella Fitzgerald. And more recently by new generations, from Paul McCartney to Mariah Carey and Lady Gaga.

Of course Italians are no slouches when it comes to music and song – perhaps you’ve heard of opera and regard the Italian language itself as an aria? – least of all where Christmas is concerned. The Vatican is, after all, home to the pope. Christmas carols originated in Italy in the early 13th century, the tradition credited to Saint Francis of Assisi, with Franciscan friars soon introducing caroling to England.

Hearing these Christmas songs in Italy around Christmas is different for me from the same experience in the United States, especially since I moved to Italy permanently about a year ago. Nothing says “Buon Natale” better. I have two big reasons why. 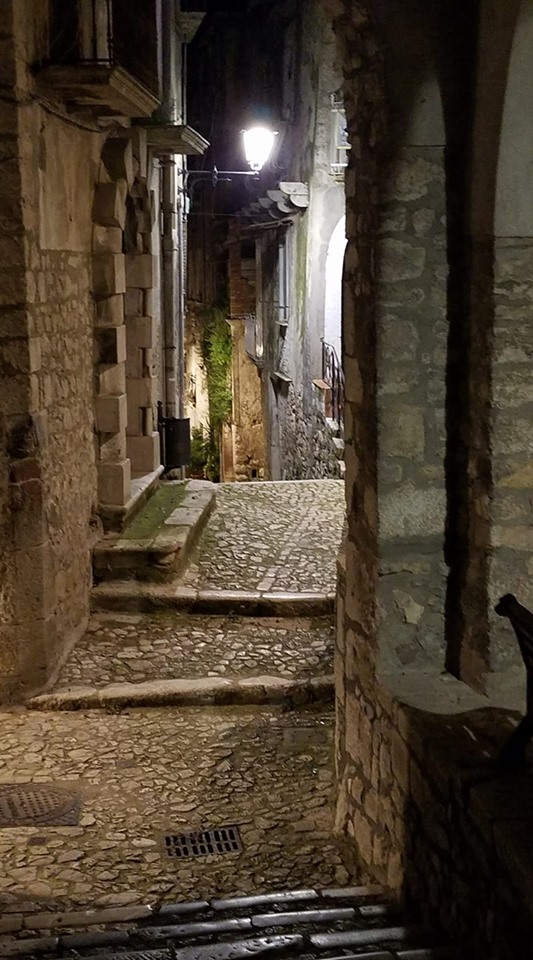 He went thataway… An old cobblestone alley in the town

First, these songs are American, so yes, it does my heart good as a matter of national pride. Christmas is global, and music remains a universal language, with little or nothing ever lost in translation. So no wonder Italians have enthusiastically adopted our treasured imports. In our ongoing marriage of cultures, American songs help Italy get in the Christmas spirit. We’re all singing from the same page.

But more than anything, hearing these Christmas standards from the American songbook here takes me back. Music triggers memories as vividly as any other form of art, a movie score for your life as Proustian as any madeleine. Hearing “Frosty The Snowman,” “I’ll Be Home For Christmas” and “Let It Snow, Let It Snow, Let It Snow,” I’m once again back in the U.S.

There I am, still young, celebrating Christmas with my beloved mother-in-law, Antoinette Chirichella, playing hostess in her one-bedroom walk-up in Williamsburg, Brooklyn, with my wife’s aunts, uncles and cousins – all Italian-American, mind you – feasting merrily around her kitchen table.

Those songs, heard here, more than 4,000 miles away, give this new expat a reward little else could. They bring me home. And in that respect I’m hardly alone.

Bob Brody, a consultant and essayist in Italy, is author of the memoir Playing Catch with Strangers: A Family Guy (Reluctantly) Comes of Age.