Right in the warehouse district of Minneapolis is where The Hewing Hotel not long ago opened its great wooden doors. With exposed brick rooms and lumber from the 1800s, the hotel with glamorous chef-driven restaurant Tullibee is the now super hot spot in the Mini Apple.

Before The Hewing opened, the hotel landscape in Minnesota’s great city was pretty much cookie cutter — zero character and nowhere to really enjoy hanging out.

But The Hewing is not the first rodeo for Aparium hotel owners, the entrepreneur Mario Tricoci and luxury hotel veteran Kevin Robinson. They created their hotel brand in 2011 as they wanted to build a guest experience that was curated through what they call “translocal hospitality” – the merging of transient travel with the uniqueness of local experiences and intuitive service. “Our best opportunities to do that was in smaller and emerging markets,” shares Tricoci. “We’re in cities whose history and new development haven’t yet been captured in a hotel. These cities often have a classic century-old grand hotel but not a new hotel that captures its unique energy and sensibility.” 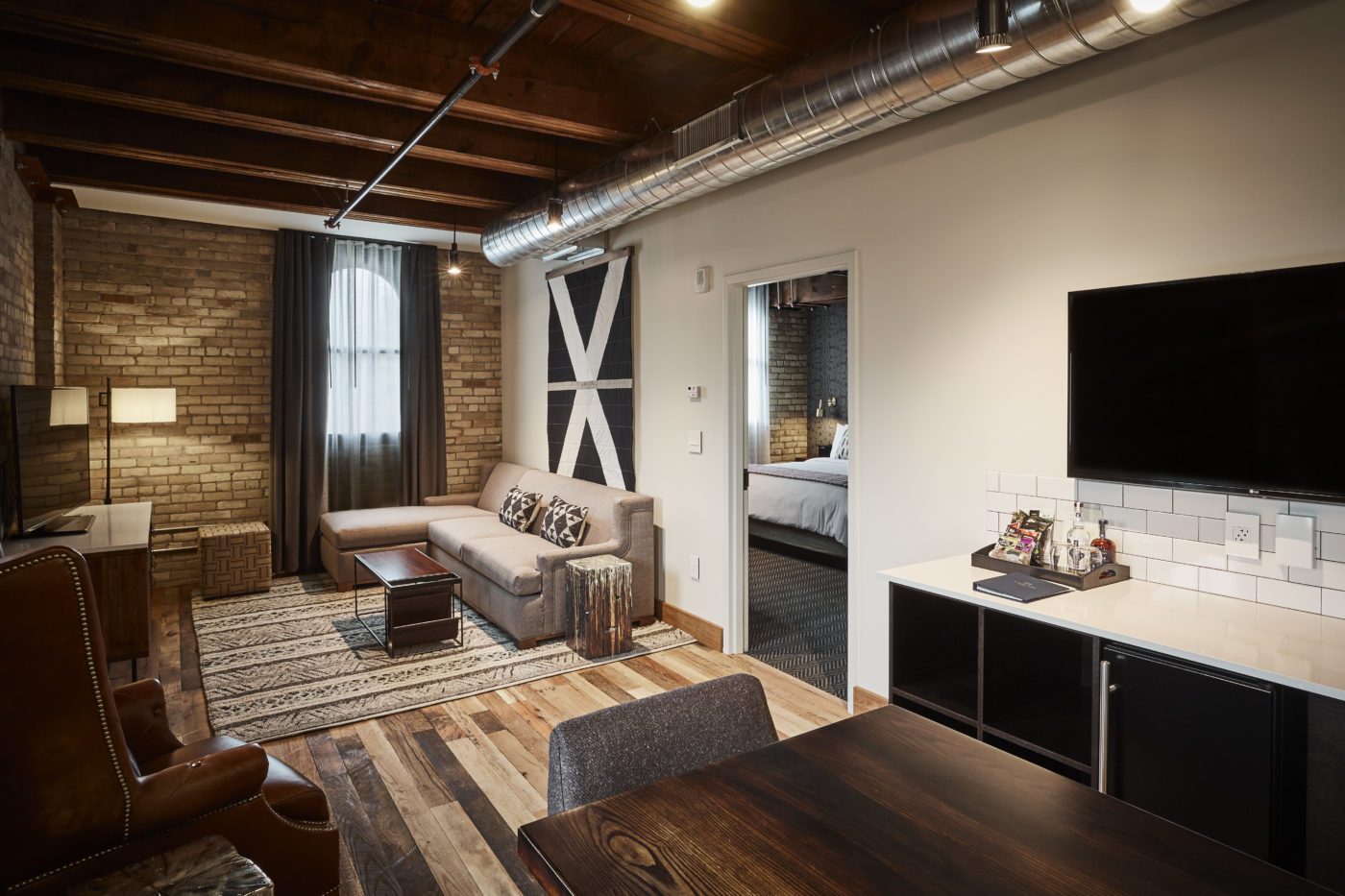 Not your daddy’s business hotel room

So instead of focusing on the big five (Miami, New York, Los Angeles, Boston and Chicago) Tricoci and Robinson have chosen cities eager to reconnect with their own history — Covington in Kentucky, Milwaukee and La Crosse in Wisconsin, Omaha in Nebraska, with Kansas City, Missouri, Memphis, Tennessee and Detroit, Michigan recently.

“Part of the attraction of staying at an Aparium hotel is the sense of place. Even if you’re in town for a two-day conference, you can get the one-of-a-kind experience of being in that city: your room will have snacks and beer that are unique to that region. The artwork on the walls in your room will also be made in the region, and will tell a story in itself,” says Tricoci. “When you check out—even if you’ve only been to the hotel and a convention center—you can feel like you’ve been in that city.” 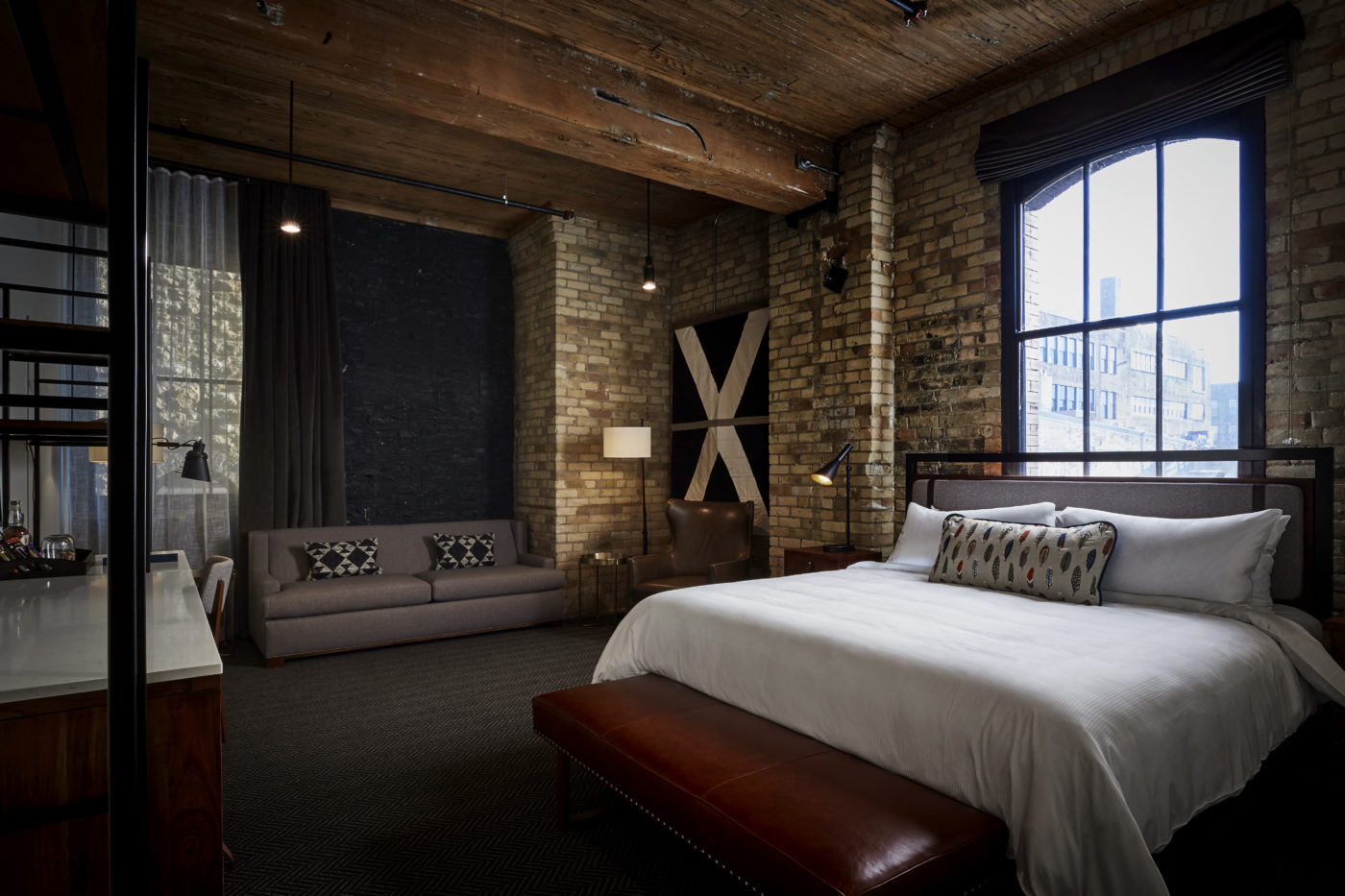 For travelers tired of the standard hotels in the business realm Aparium has entered them into a golden era of superb hotels in the cities that have long been forgotten in terms of notable hotels.

And the alchemy, according to Robinson comes from the city itself: “the historic building we acquire, the neighborhood around it, the raw materials and color palette that are intrinsic to the city’s history and design, and even the topography and climate.”

Adds Robinson: “How do you balance the alchemy of design/beautiful properties/food, etc? New Orleans linen is a world away from Minnesota wool. The result is a hotel that could only be in New Orleans, only in Detroit, and so on. The same is true of our hotels’ culinary and cocktail programs: not just giving ‘a nod’ to the city’s history, but drawing from the same influences as the city itself. Covington, Kentucky is right on the border between Kentucky and Ohio, and its menu combines the same influences of North and South as the town itself.” 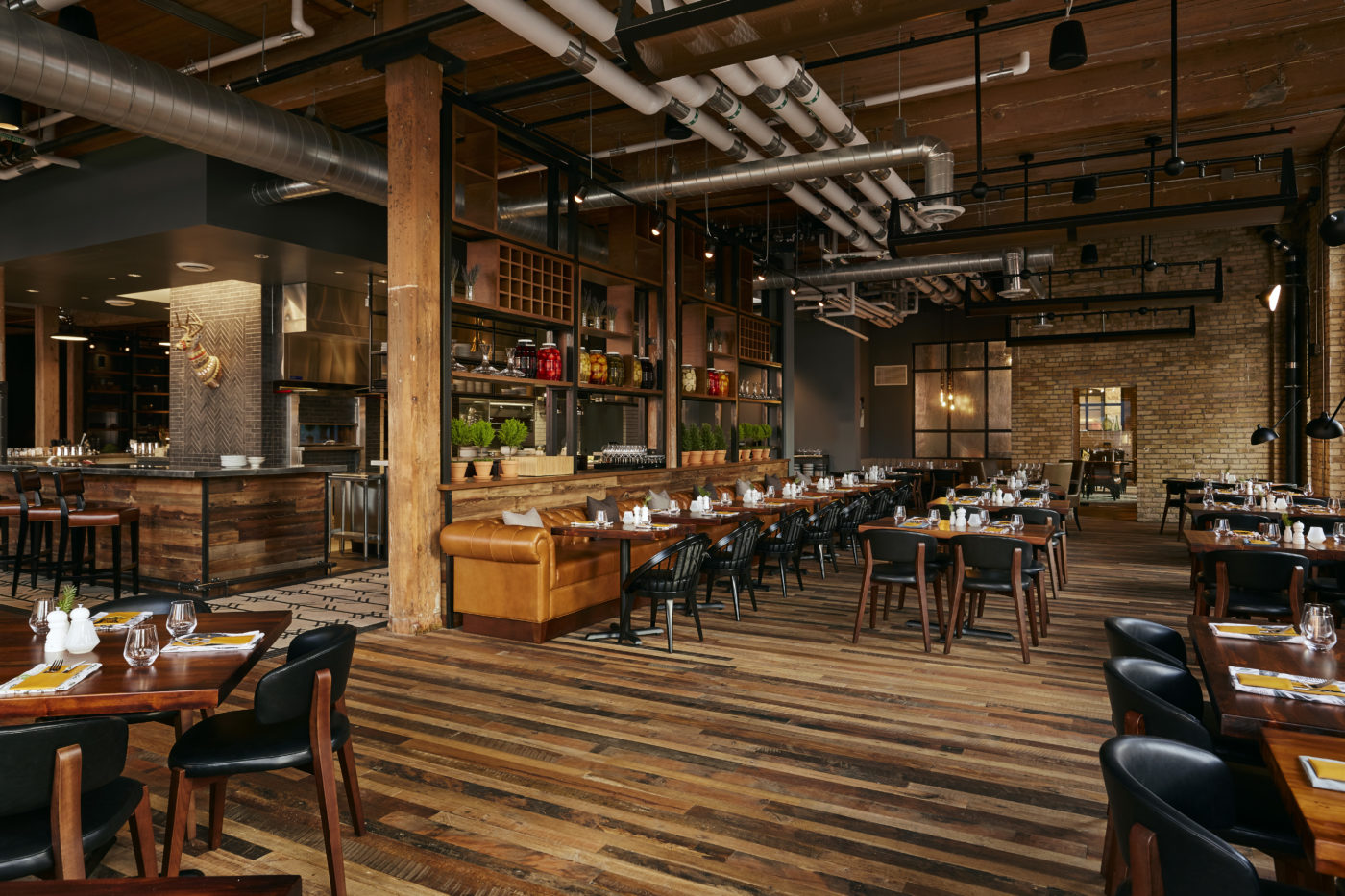 The dining room of Tullibee

That’s why business travelers are hunting down something more than just the airport hotels and box hotels without much of a voice — after all, it’s becoming all about hunting for experiences.

“We’re not taking for granted that any traveler should expect free high-quality WiFi, great food, great value, and so on,” says Robinson. “But what we can add on top of that is a one-of-a-kind experience. And that’s something that is drawing business travelers who have the leverage to choose any hotel in a city.”

Headed to Minneapolis for the big game? We’ve got you covered 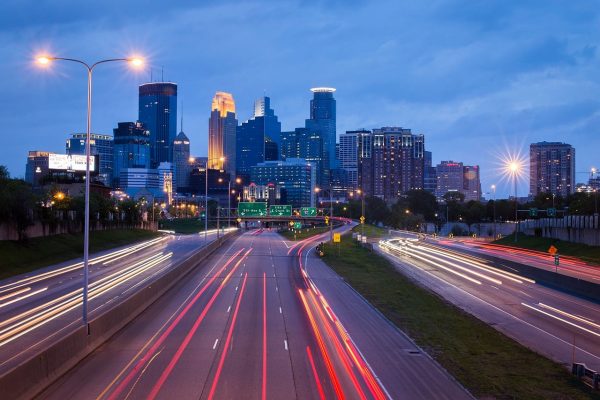