Just a three-hour drive north of Mexico City, the winding cobblestone streets of San Miguel de Allende feel like a world away. The small mountainside city was built by the Spanish in the 16th century. Today, it teems with energy: bustling markets, bright colonial abodes, chic design shops, artisanal pottery, shady plazas and, of course, a towering Neo-Gothic cathedral (it was built by the Spanish after all). Perhaps one of the most underrated destinations in Mexico, San Miguel is quickly becoming a hub for artists, artisans and expats. And, just a few minutes outside of the town’s bustling Jardín Principal, behind a barely marked wooden and wrought-iron door, lies Hotel Amparo.

Stepping through the door offers an immediate reprieve from the humming city. Opened by husband-wife team Taylor Goodall and Mariana Barran de Goodall in 2019, the hotel is situated in a 300-year-old villa that once served as the mayor’s residence. With just 5 uniquely designed guest rooms surrounding a leafy courtyard, Amparo feels more like a staffed private villa than a hotel. 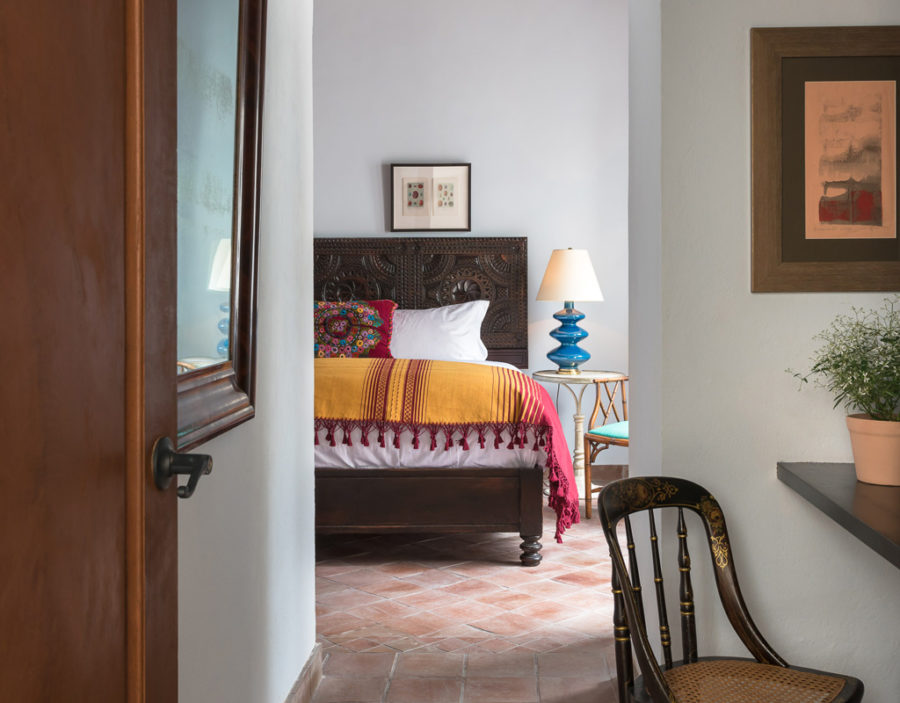 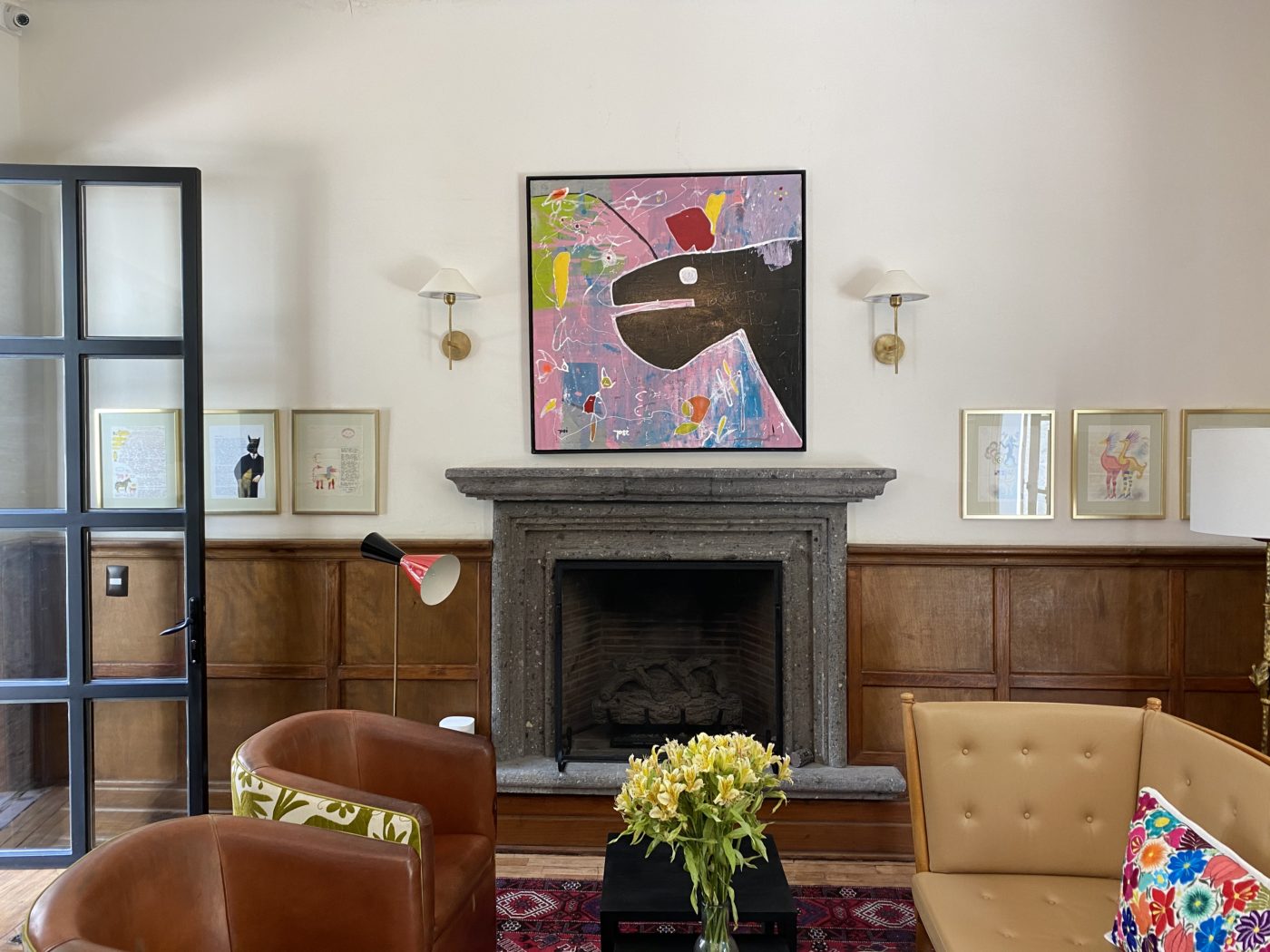 Aside from the grand courtyard, the historical space boasts a small entryway (which looks like an interior designer’s living room), a secluded rooftop patio, a breezy breakfast room, a guest lounge and a bar.

It is clear that every detail – from the hibiscus-mezcal cocktails presented at check in to the John Robshaw robes hanging in the closet – has been carefully considered.

The hotel seamlessly blends tradition with contemporary design. With the help of Texas-based designer Aaron Rambo, the team preserved the historical charm of the villa while still bringing it into the 21st century. The wood-beamed ceilings, arched doorways and stone fireplaces harken back to the city’s colonial days, and the bold textiles and sleek design breathe life into the space. 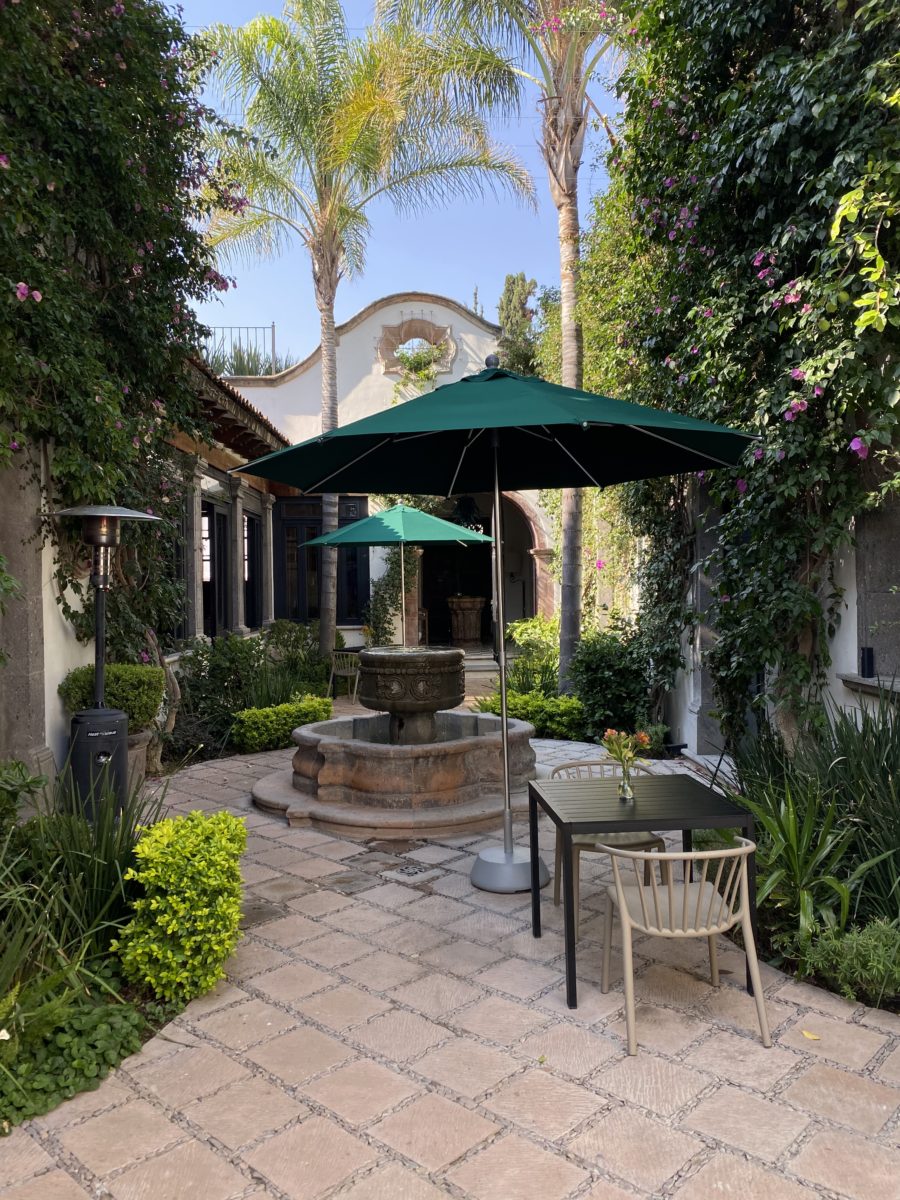 Each room has been meticulously appointed. Throughout the property you’ll find bright tiling, original artwork, vibrant patterned armchairs, mahogany wardrobes, hand-carved four poster beds and more. Each room contains a hodgepodge of items and fabrics, both old and new, from around the world. Though much of the mid-century furniture was shipped in from Europe, the rooms are accentuated with art and décor from local artisans, creating a distinctly Mexican feel.

The designers clearly left room for the grand colonial architecture to speak for itself. The result is a space that is dazzling and unique yet simultaneously airy and relaxed.

The service is impeccable. Every staff member is incredibly helpful, whether you want to enjoy breakfast on the rooftop, an afternoon cocktail in the courtyard, or learn about the town’s history, the staff is eager to accommodate.

Throughout their stay, guests can participate in cooking classes, market visits, tequila tastings and more. Though currently on hold during the pandemic, Amparo also typically offers a variety of experiential workshops and retreats throughout the year for visitors who want to fully immerse themselves in local culture. 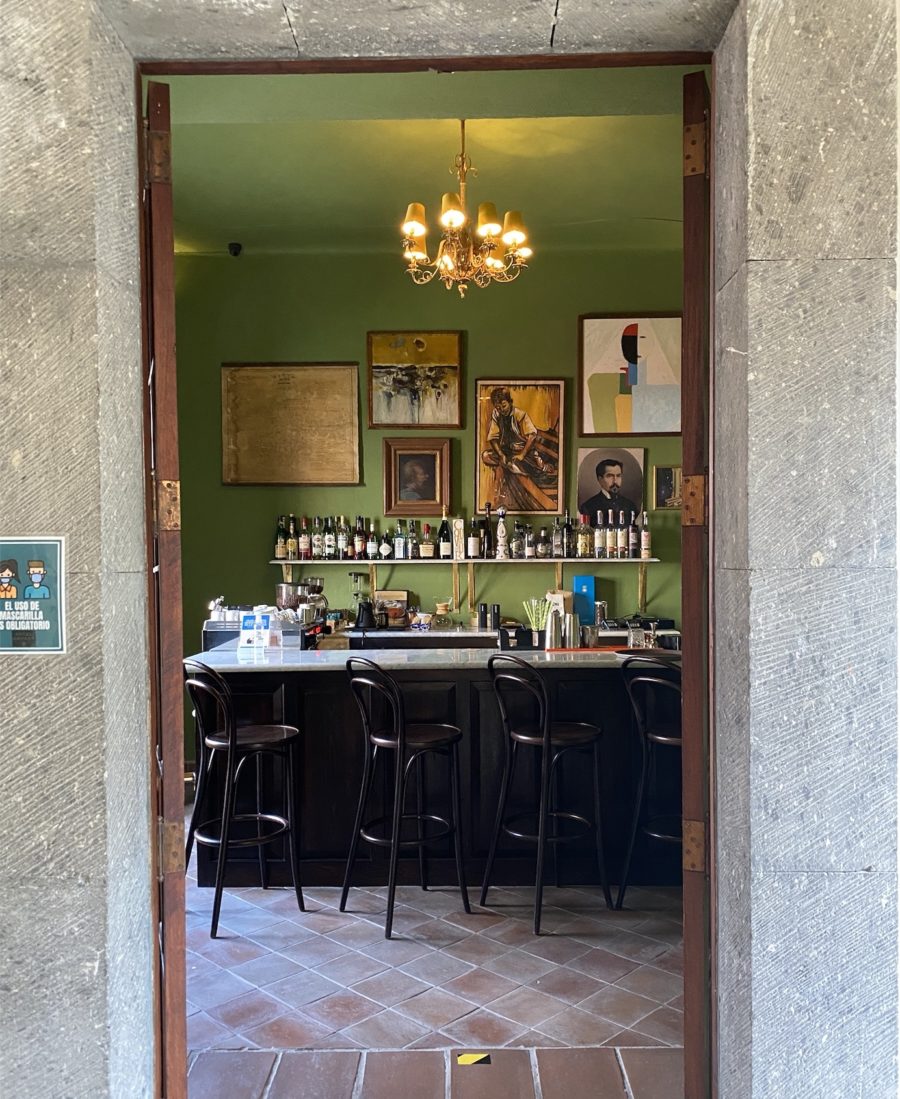 And in case you haven’t gotten enough of the team’s work (which we clearly hadn’t), they recently opened a wine bar in Mexico City. Nestled in the chic Roma Norte neighborhood, Vigneron serves French and Spanish wines and Mediterranean fare. Unsurprisingly, it is exactly where you want to spend your evening.