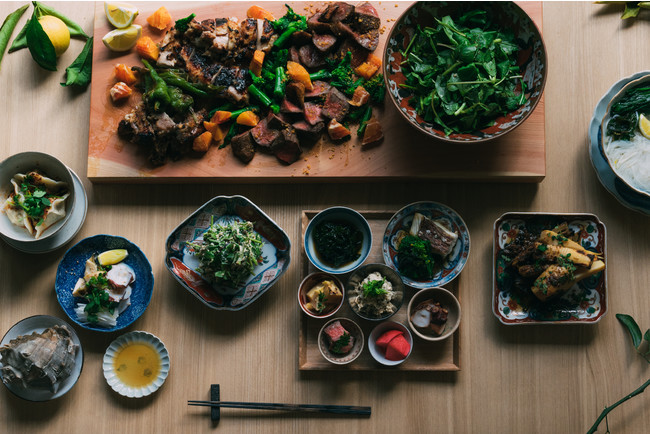 Japan has a new hotel brand, Azumi, which is the result of Naru Developments teaming up with Adrian Zecha, the hotelier behind uber-luxury brand Aman.  Their first offering just opened on March 1 2021, on Onomichi Island in the Seto Inland Sea. Set in Horiuchi-tei, the 140-year-old Japanese compound, headquarters and private residence of a shipping and salt farming Setouchi family. The Azumi Setoda uses the framework of a traditional ryokan mixed with what appeals to modern, global travelers.

Says Zecha, eager to put things in perspective: “My previous projects have frequently been considered luxury’ due to the impression created by our clientele and its price point, however my original intent was always to shed light on local culture, community, arts and food. At Azumi, we are updating the ryokan, which was typically a traditional family managed inn, that naturally does what we envisioned.” 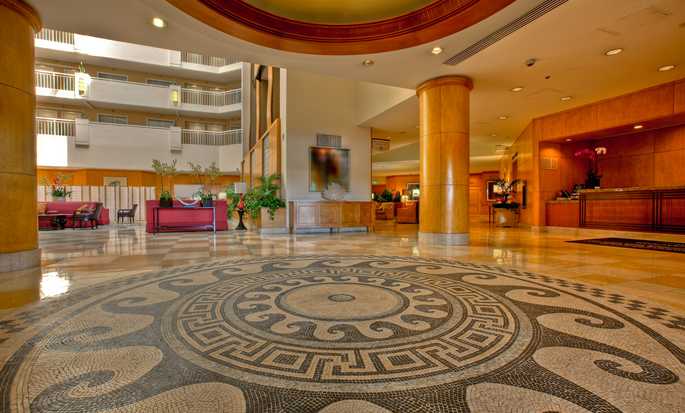 A few blocks short walk will get you to the ocean or the pier from the Hilton Santa Monica Hotel and Suites. A mixture of inspirations from Silicon Beach, the new breeding ground of tech, and the stunning Southern California coast combine throughout the hotel. The lobby is decorated with hand-painted murals by local Los Angeles artists and there is a tech lounge. It seems to be the talk of the town — it is sold out for the month. 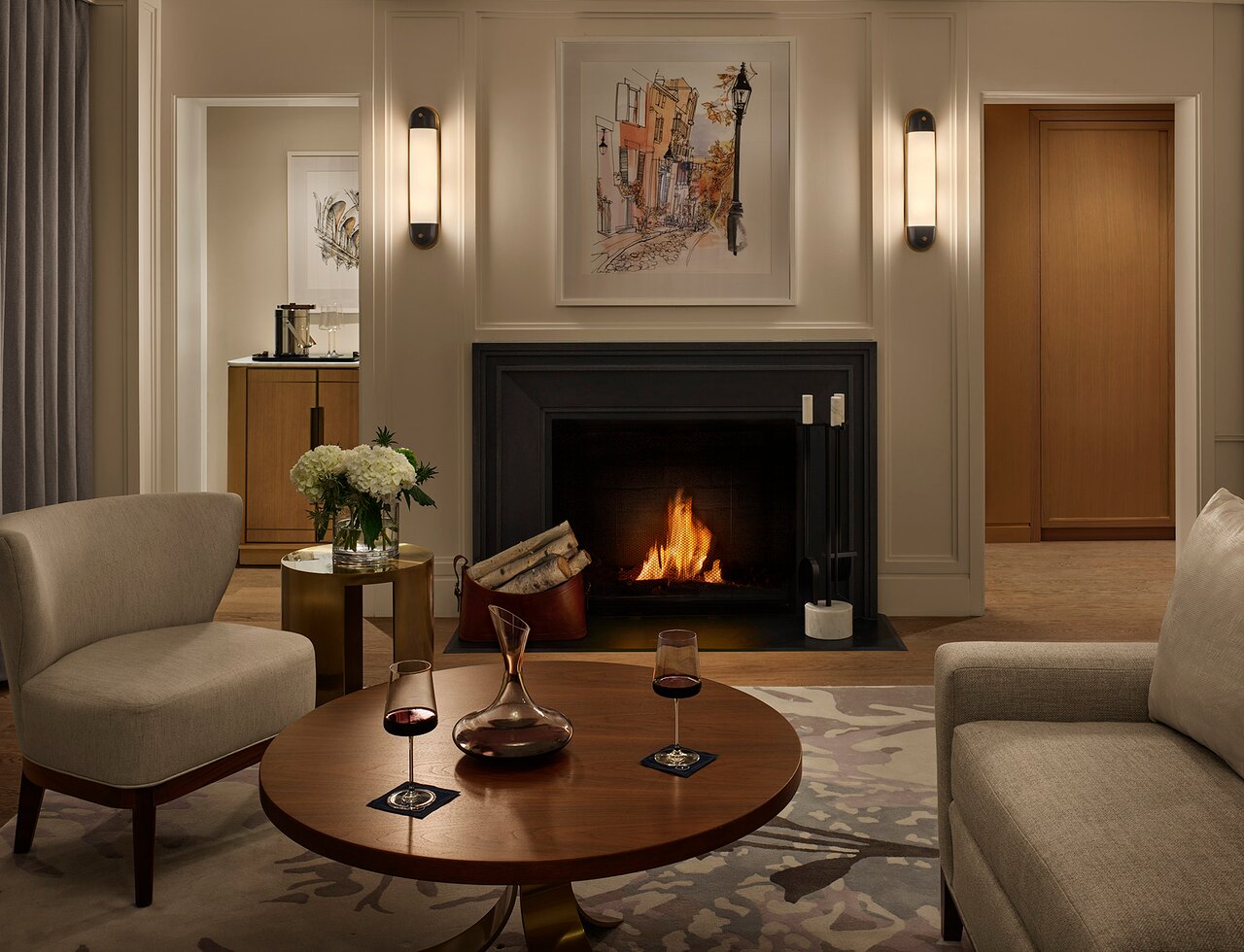 This Boston landmark dates back to 1927, at the intersection of Newbury and Arlington Street, with Back Bay as your playground and Boston Public Garden your front yard, The Newbury has been had a total renovation, restored and reimagined, with 286 rooms and suites, and a rooftop restaurant with panoramic views of the Park. 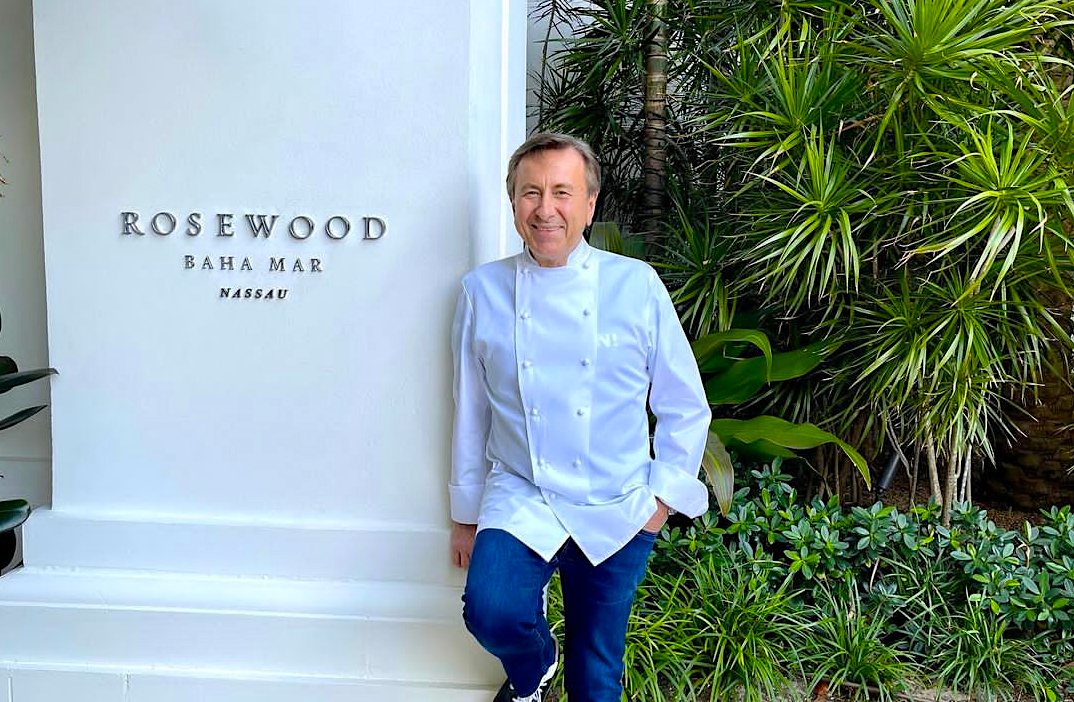 On March 4th 2021 the Rosewood Baha Mar in the Bahamas is reopening with a new restaurant, Café Boulud. Led by Chef Daniel Boulud who will visit the resort to create a unique menu reflecting the Caribbean, with ingredients sourced from local producers, fishermen and suppliers, but will also include dishes from his popular Café Boulud sister restaurants (such as his Paupiette of Sea Bass, but, we are confidentially informed, will have a local interpretation). The Baha Mar was a classic to begin with, but Boulud’s involvement knocks it up a few notches. 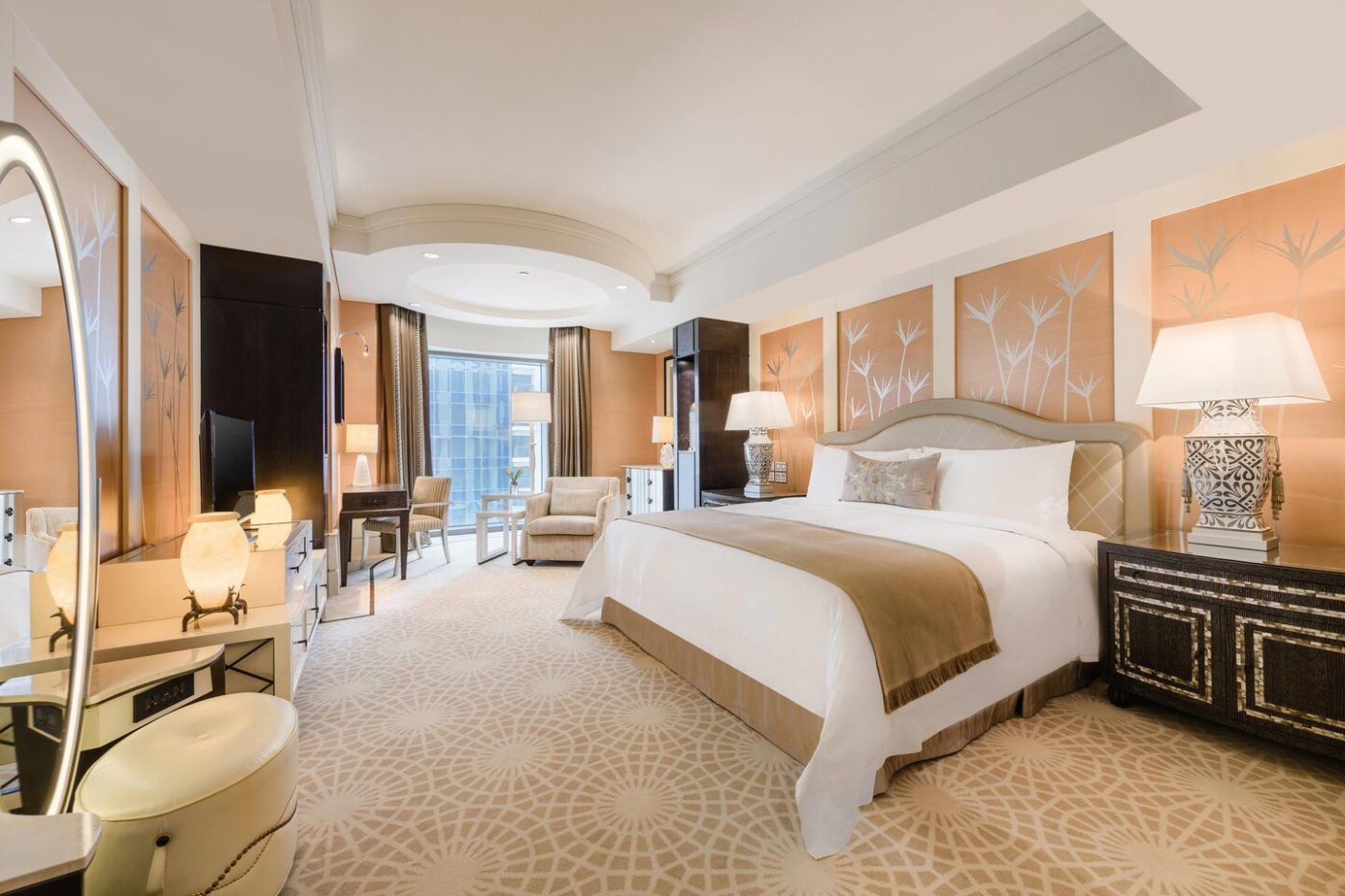 The land of the Pharaohs has a new St Regis, in Cairo, on the banks of the Nile at the north end of the Corniche. We have you on that alone, right? The interior décor is rich textures, dark wood, intricate embroidery, crystal chandeliers and bronze and wood carving with gold, mother of pearl inlay. In other words, over the top succulent. 39 stories with 286 rooms and suites, and 80 luxurious apartments with butler services.  Restaurants and bars take you to Italy for some southern Italian cuisine, while looking at the Nile, or to the USA for a steak — apparently only the USA has steak? — and poolside for cocktails and flavors of Mediterranean and especially Egypt. One other restaurant is, to quote them, because, seriously, they are closest to this, “a journey to Singapore”, for Southeast Asia cuisine. And there’s afternoon tea in The Water Garden. Life could be worse, and definitely more ordinary. 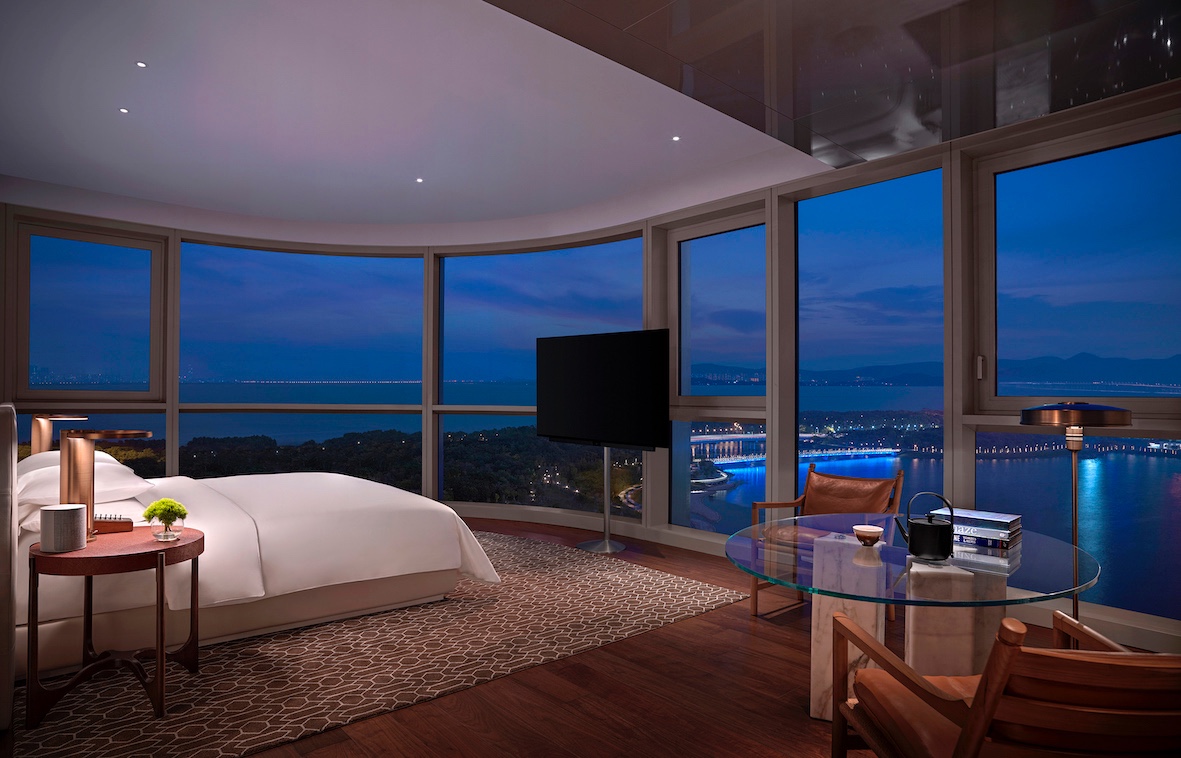 In the rapidly growing commercial district of Shenzhen Bay, home of 80 Fortune 500 companies, the Andaz Shenzhen Bay is part of a 212-acre mixed-use development. Executive chef Federico Heinzmann from Argentina oversees the resort’s five restaurants and bars, ensuring they adhere to Hyatt’s “farm-to-table” motto. Just a 30-minute drive from Shenzhen Bao’an International Airport and a short walk to Houhaj Metro.

And the fitness center on Level 3 is open 24-hours! 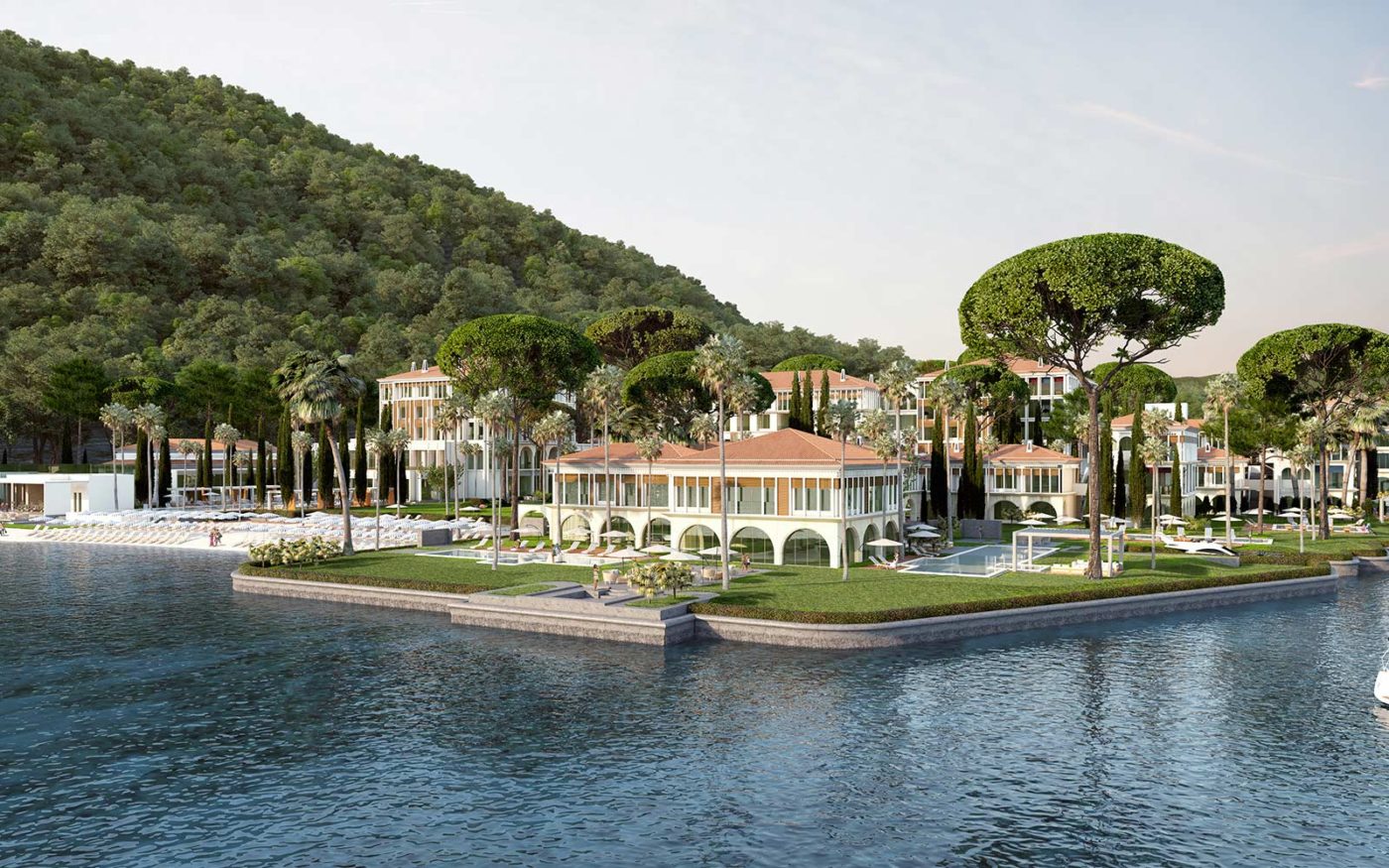 One&Only will be opening their first resort in Europe in May, on the beautiful Adriatic coastline at the entrance to Boka Bay in Montenegro. It is designed by architect Jean-Michel Gathy, inspired by Venetian palaces but created for contemporary guests, with 113 rooms and suites, and four restaurants and bars, and a spa!

This will be a spot where culture meets nature in all its glory, and guests can wander the cobbled streets of Medieval towns like Kotor and Perast with fresco-filled churches, or take forest hikes, lie down on glorious beaches or pursue sun-soaked sailing.

At the end of May, the Londoner, whose owners must not have had to think long about a name, opens in the city hot spot Leicester Square. Billed as a first-of-its-kind urban resort / super luxury boutique hotel. Sixteen storeys, 350 rooms, six restaurants and bars. Perfectly located in the middle of Soho, with West End theatres, famous landmarks, cobbled streets, world-class restaurants and all the best shops pretty much on your doorstep. Designed by Yabu Pushelberg, known to be the master of minimalism with a luxury touch.

TAKE A BREATH, IT’S GOING TO BE A WHILE 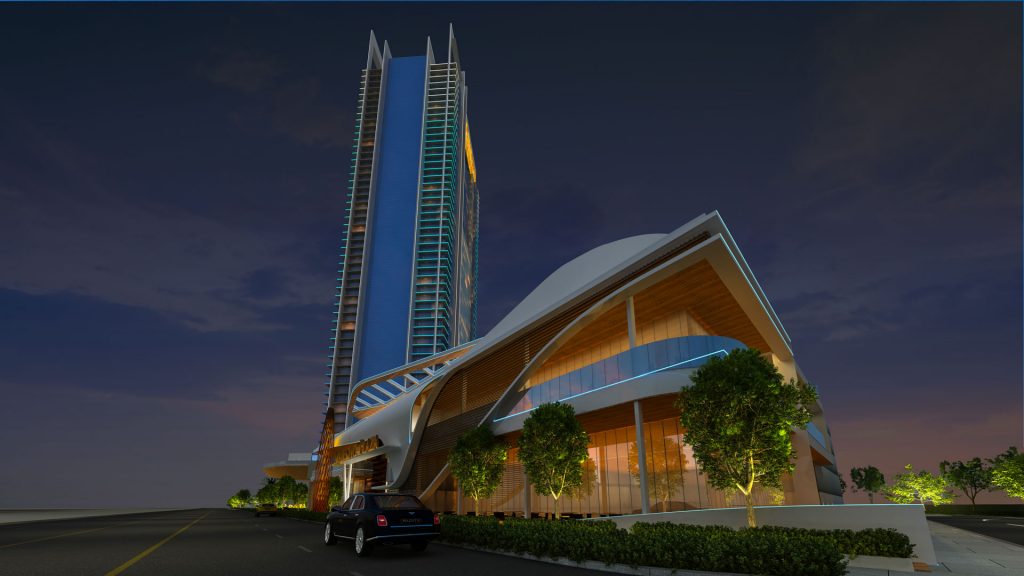 Parking isn’t going to be a problem, then

In July of this year 2021 construction begins on a new resort in Las Vegas, due to open in 2024. It is intended to be a new idea for Vegas — the resort will be non-gaming and non-smoking, the emphasis and theme to be wellness, with 720 suites (no simple, pedestrian rooms — we spit in the milk of your plebeian, ordinary room!) and physical fitness facilities, dining and entertainment, nutrition counseling, medical spa and state-of-the-art wellness center all neatly under one roof. The Godfather will be spinning in his grave! Better he never lived to see the day…