Ike Turner wasn’t born in a crossfire hurricane, but he more or less died in one. He passed away at 76 in 2007, from a cocaine overdose, but by then he was very sick anyway, with heart disease and emphysema. In the last 30 years of his life he was mostly broke, mostly disgraced, drug addicted, sometimes homeless and, for 17 months, in jail. A few years before he died he released a record of new music, Here and Now, which was well received and nominated for a Grammy and went some way towards reshaping his legacy as first and foremost a gifted musician. Notice of his death really just reminded us how much we had forgotten him. An inauspicious end for the creator of Rock ‘n Roll. 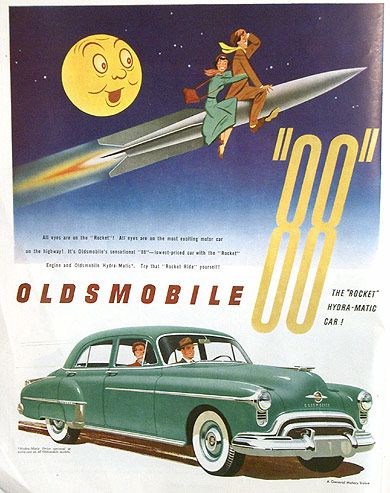 As even some primitive tribes in the Amazon know, “rock ‘n roll” was first coined to describe the genre by legendary radio DJ Alan Freed, who one day on a trip to a local record store in 1951, noticed that a surprisingly high number of white teenagers were buying so-called “race” music — the then name for R&B. Freed was a news reporter at WJW in Cleveland but, historically, convinced the station’s manager to let him air an overnight show he named “Moondog’s Rock n’ Roll Party”, where he played these exciting records.

Freed and the record store owner Leo Mintz came up with “rock n’ roll” after deciding this freshly discovered crossover appeal of the music warranted its own name. But they didn’t invent the term. In the 1800s it was a nautical expression used for describing the pitch and roll of a ship. Later it came to mean Christ’s loving embrace in Black Gospel churches, and the first ever recording to reference rock n’ roll was an anonymously performed Negro Spiritual, “The Camp Meeting Jubilee”, released in 1916 on the Little Wonder label. Later “rock n’ roll” came to be a colloquialism for sex.

“Rock Around the Clock” by Bill Haley and The Comets, a modest regional airplay success in 1954, but a national hit after being included in the film The Blackboard Jungle a year later, went to number one on the Billboard pop charts, and the new era was branded. It’s often cited as the acceptable, homogenized and, not co-incidentally, white face of the beginning of rock n’ roll, but it isn’t. The first record, the real spark of creation, was “Rocket 88”, named after an Oldsmobile, by Ike Turner’s Kings of Rhythm.

Turner and his band had made a name for themselves by early 1951 playing clubs across the south, and BB King arranged for them to get a recording session with Sam Phillips in Memphis. (Phillips created Sun Studios and later produced Elvis.) Originally, the song was credited to “Jackie Brenston and His Delta Cats” but that was a fabrication. Brenston was the lead singer in the Kings of Rhythm and Phillips wanted to save Ike’s marquee for a different single he was releasing at the same time. 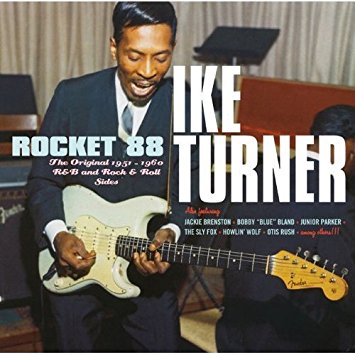 On the way to the studio, the group’s guitar amp got damaged by rain leaking into the rear of their car. When they arrived, Ike stuffed newspapers into the soggy amp to try to wedge the woofer’s cone in place, and inadvertently created a new sound, probably the first ever recorded instance of guitar distortion. Hearing it, Ike started to play the piano faster, and accentuated the song’s crude energy with that distinct, accidental off-sound of the guitar, Brenston’s very raw vocal style, and by using deliberate feedback. Years later, Little Richard admitted he copied Ike’s piano playing on the song almost note for note on “Good Golly, Miss Molly”.

Turner earned $40 from the song, for writing, producing and recording it. He was, he said, “beaten by some dude at the record company.” The song became a number one hit on the R&B charts. And Chrysler sold so many more Rocket “88” cars that they gave one to Brenston, in appreciation of the free publicity.

Click here for more on our series of Black History events.