We pick the story up in NY, as our intrepid reporter tries to get to Iowa….

My suitcase is the size of a refrigerator and it is fighting me down this godforsaken sidestreet in Queens.  The wheels weren’t made for snow and it’s too goddamn big.  I didn’t want to take it.  I have a rule: carry-ons only.  I don’t have the time to check a bag, because I don’t have the time to watch a banged-up black belt spin in a circle from now until eternity.  I’m not Sisyphus and this isn’t purgatory.

Damn this damn bag. I hate it.  I’d like to leave it on the side of the road like a rotting couch.  I’m breaking my carry-on rule because I have to pack for at least a month, maybe longer.  I also have to pack for multiple climates.  On February 1, the Iowa Caucus will be cold.  On February 9, the New Hampshire primary will also be cold.  But on February 20, I’ll be in South Carolina, where it is warm.  And on February 23, I’ll be in Nevada, where it is even warmer.  You get the picture.  If Trump wins or, at the very least, doesn’t drop out, I’m going to need every scrap of clothing in this bag.

Did I just drop something?

I turn around. It’s dark and there is snow everywhere. Lots of it.  Two days ago, the city got more than two feet, and most of it is still on the sidewalks. If I did drop something and it’s likely I did, there’s no way I could find it.

Please don’t be my portable Wi-Fi.

I’ve already lost one of those.

I dig my phone out of my jacket, a giant red parka.

Thirty-two minutes to my flight. Pick up the pace, Katy.

My bag is not a bag any more, it’s a child throwing a tantrum.  Every time I spin around to give it a good yank I can feel my backpack opening.  I’ve jammed it with notebooks and peanut butter packets, all of which may be dropping out like seedlings I’ll never see again.

The overpass that leads to the airport is crowded. Fellow travelers just as desperate as me are pushing and dragging their belongings in the snow.  With all the foot traffic, it’s really just slush now.  Big dirty heaps of it.  Someone once said that New York is the only city that makes its own gravy.  And this is New York gravy at its finest.  Cold, brown, chunky, gross.

“Ahhh!”  I catch myself before my face lands in it.  My legs aren’t as lucky.  I’ve fallen for New York City’s favorite prank, the camouflaged curb.  I’m soaked up to the knee and my shin is throbbing.  I hit something down there. Don’t ask me what. The curb?  An open sewer grate?  A discarded toaster? I look down. My pants are ripped and I’m bleeding.  This is either going to kill me or spur some sort of superhuman slush-based mutation. (Fingers crossed, it’s the ability to fly.)

No one tries to help me.  In fact, people are looking at me as if I’m crazy.  Probably because I look crazy.  I’m dripping wet fro the waist down. I’m talking to myself. Charging cables are hanging out of my backpack like a makeshift bomb. And I’m walking into an airport with a suitcase the size of a Ford Bronco. 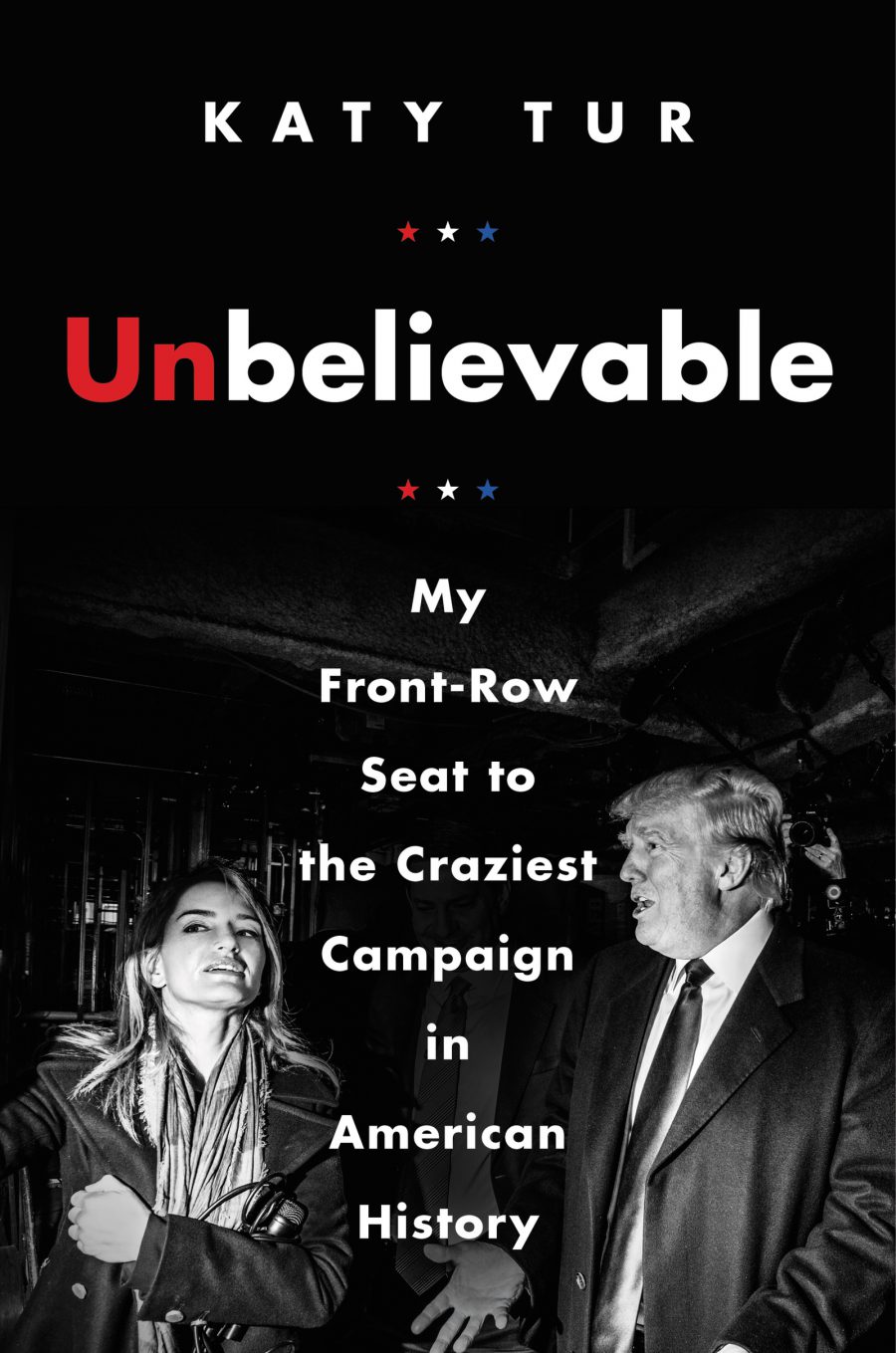 Trump calls LaGuardia Airport a third-world country.  How does he even know? For him, there are no terminals, no gate agents, no boarding groups, not even hard departure times.  The extent of Trump’s complaints about LaGuardia are what he can see out of his private jet window.  He gets to drive right onto the runway, right to the the stairs of his very own 757 with the twin Rolls-Royce engines.  He doesn’t have a coach seat. He has a white leather captain’s chair with his initials embroidered in gold.

My own seat is somewhere at least two terminals away.  All around me people are blowing their stacks: stranded, delayed, freaking out into their phones and the thirty-degree air.  It’s like I’m back in Jakarta, except for the weather and the font on the license plates of all the cars going nowhere.

I run through a lattice of sidewalks best described as post-earthquake and finally arrive at the Delta check-in. There is no line, because evidently no one can get to the airport today.  The agent looks up as I arrive, panting and red faced.

“I’m on the flight to Des Moines.”

She doesn’t look at her screen. She just knows.

“That flight takes off in twelve minutes.”

We pause and gaze at the Montana-sized suitcase at my feet.

I try to reason with her, never sounding less reasonable myself.

The agent confers with a manager for a minute or two, then hands me a paper ticket and says, “if you can get that bag through security, you can try to make the flight. But the gate is already closed and you’re not making the flight.”

I thank her and start to run, newly energized. At security, there is no line, because, again, no one can get to the airport.  That’s the good news. The bad news is the TSA agents get a good, long look at me and my bag.  They’re puzzled, then amused, then outright rooting for me.  I’m not sure I can lift the bag onto the belt, let alone get it into the X-ray machine. But I try.

It scrapes through and I practically leap through the metal detector to meet it on  the other side. I’m not sure whether the agent is studying the bag in the monitor or if the bag is stuck.  It’s six minutes to takeoff when the bag is back in my hands, now deemed safe for flight.

My internal monologue sounds like The Little Engine That Could—I know I can. I know I can— as I run to my gate. I get there with three minutes to spare. The plane is still there, but the gate area is empty. The boarding door is closed and the counter is deserted. It’s just me and another straggler, looking at each other, toddler-like, searching for an answer in the other’s eyes. We need to find someone. Anyone.

“Do you see anybody?”

The guy looks at me helplessly.

I look around. The only other person in sight is a guy cleaning up.

“Can you call down to the gate and see if they can let us on?”  I ask.

“Can you call down to the gate and see if they can let us on!” This time it is more a demand. Either he empathizes with my desperation or he is worried about provoking a crazy woman.  Either way, he calls down.

“Someone is coming,” he says hanging up the phone.

Two excruciating minutes later a flight attendant appears from behind the closed door.

“Can you please, please please let us on,” I ask, pointing at the other  traveler behind me. The useless straggler.

The agent looks at my bag — my motherfucking shipping container of a bag — and down at the flight’s passenger manifest and laughs.

“You must be Katherine Tur. Was wondering if you’d make it. Sure. Come down. I’ll stuff that in the flight attendants’ closet,” he says, pointing at the bag.

I take a deep breath and thank him enough times to make it awkward while I board.

Devastated by Hurricanes last year, the island is ready for people to come visit again 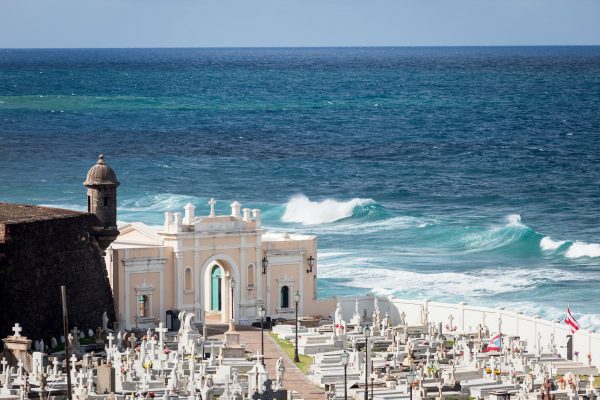