On the Visit Marfa homepage there’s a large color photograph of some desert brush. And that’s pretty much it. Sure, in the same photo there are baby blue skies, groovy cloud formation and some mountains off in the yonder, but it’s really just a picture of some brush. Perhaps they’re proud of that particular patch of brush. On my desk is a fortune from a cookie I ate close to a year ago. We all have our talismans.

Luckily for visitors to Marfa, they have much more to offer than tumbleweeds. For example, there’s a fake Prada store on the outskirts of a town that’s comprised mostly of outskirts. Which is perfect for an East Coaster looking to get away from high rents and never-ending car horns. Someone who wants to get away from the grind and get off the grid, but still needs their $1700 leather clutch. (Although they’ll be disappointed about the last part, because the “store” is an art installation, done by two European guys who thought no-one would ever notice and it would eventually just dilapidate and disappear. But it didn’t! It’s still there and it’s a destination piece now!)

That’s the sort of town Marfa is: complex, yet simple. You could sprint from one side of town to the other without breaking a sweat, but there’s something special about this town. Something downright magical. It’s a place both steeped in the past and geared heavily towards the future. Like the Frasier reboot.

Music fans have been making the trek towards this desert haven since 2014 for the Marfa Myths Festival (say that five times fast).

Long before those noisy hipsters filled the skies of West Texas with their hipster-y noise, Marfa, located about three hours southeast of El Paso, was most famous as the setting for the James Dean classic Giant. Directed by George Stevens, Giant was the last of a trio of films that Dean made before he literally crashed and burned in a tiny tin can on wheels somewhere in California. Playing surly ranch hand Jett Rink, Dean ended up being nominated for an Oscar for Best Actor (losing to legendary cueball Yul Brynner for The King and I).

Another legendary rabble-rouser also popped up briefly in Giant — Dennis Hopper. His second movie with his good buddy Dean. Rumor has it that Dean and Hopper had quite a time drinking and womanizing while staying as guests at the Hotel Paisano in downtown Marfa. This was before TMZ, folks.

Besides the Hotel Paisano, there’s the newly constructed Hotel Saint George, built upon the ruins of the old Hotel Saint George. Amenities include a 75-foot pool, two restaurants and rooms equipped with flat-screen TVs and Keurig coffee makers. All the comforts of home (if you happen to share a home with a futuristic armadillo).

You won’t go hungry in Marfa, either. You’ll find everything from food trucks to nice upscale eateries. Nice like Hotel Paisano’s Jett’s Grill, famous for their Pistachio Chicken Fried Steak. Be sure to ask for extra gravy. They’ll happily give it to you without judgement.

For the thrifty eater, there’s Buns N’ Roses, a breakfast spot that also serves some of the best donuts this side of the Rio Grande. If the pun name didn’t already tip you off, they also act as the town florists, just in case you need a dozen “I’m Sorry” roses in a jiffy.

Those looking to unwind with a stiff drink should mosey on over to the Lost Horse Saloon. This bonafide dive is jumping every night of the week, with a healthy mix of locals and tourists. Check out Thursday’s “Dollar Draft” night, perfect for the pugnacious! (Please don’t fight.)

Do Your Thing Coffee House

In the morning, you and your hangover can get a jolt of caffeine from Do Your Thing Coffee. Tell ‘em Dennis Hopper sent you!

For a small town, Marfa also has their share of art museums. Almost one per its 1,700 residents, it seems. I’m joking, of course, but if you desire to see some of the best contemporary art in the grand old U.S.of A, Marfa is the place. Perhaps the best of them all is the Ayn Foundation, which is currently displaying the Andy Warhol series The Last Supper. They also have presented, since 2005, German artist Maria Zerres’ tribute to the tragic events of September 11th, entitled September Eleven. Easy enough to remember. The abstract pieces are incredible to behold.

Now let’s get to the weird stuff: The Marfa Lights. Since the 19th century locals have been reporting on a cluster of sourceless lights that seem to dance on the horizon towards the southeast side of town off Highway 90. These Will-o’-the-wisps are often red or blue, and some have been known to violently streak across the sky. Some party poopers (scientists) suggest that the lights are just atmospheric reflections of automobile headlights — but for the sake of having a fun trip, we’ll keep the mystery alive and say they’re ghost lights. Who invites a scientist on vacation anyway?

So, yeah, Marfa has a little bit of everything for you: music festivals, Warhol, great coffee and donuts, plus some actual unexplained paranormal activity. If you happen to map it right, you can get your picture taken with that particular patch of brush. Which is as close to celebrity as Marfa has seen since old Jimmy Dean.

A Place You Weren't Thinking About Boise, Idaho 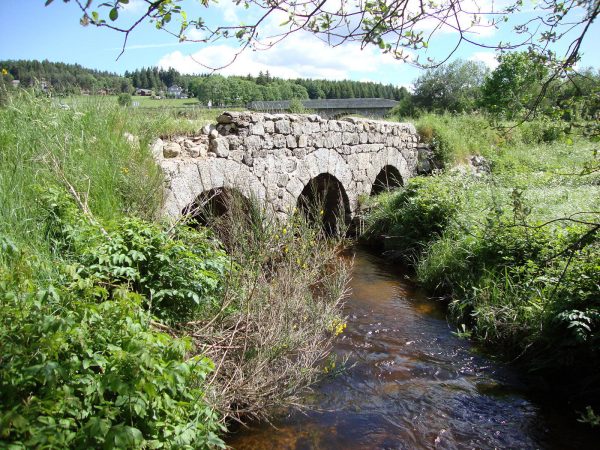 An idyllic spot, in that particular French-Alpiney way...