Phew! You survived Halloween and it’s suddenly November. Hot roasted chestnuts in bags feature on streets from New York to Europe, and hot chocolate and mulled wine (in boozy Europe).

In November there are festivals for comedy, camels, monkeys, the Sopranos, and it ends with Thanksgiving, again, so soon.

Trevor Noah, Bill Maher, Stephen Colbert, Norm MacDonald and Jenny Slate lead the comedy heavyweights at the 15th New York Comedy Festival. With over 200 comedians performing at venues across the city. The associated Stand Up for Heroes fundraiser to help injured veterans and their families, is headed again by Bruce Springsteen and Jon Stewart, with John Oliver and other comedians also performing.

If you bathe in Pushkar Lake at dawn you’re supposed to be absolved of your sins. Suchlike, it’s a spiritual experience worth having.

Fly into Kishangarh which is closest, or Jaipur, or Delhi and take a train for eight hours. Indian trains are something else. Worth the trip on their own… 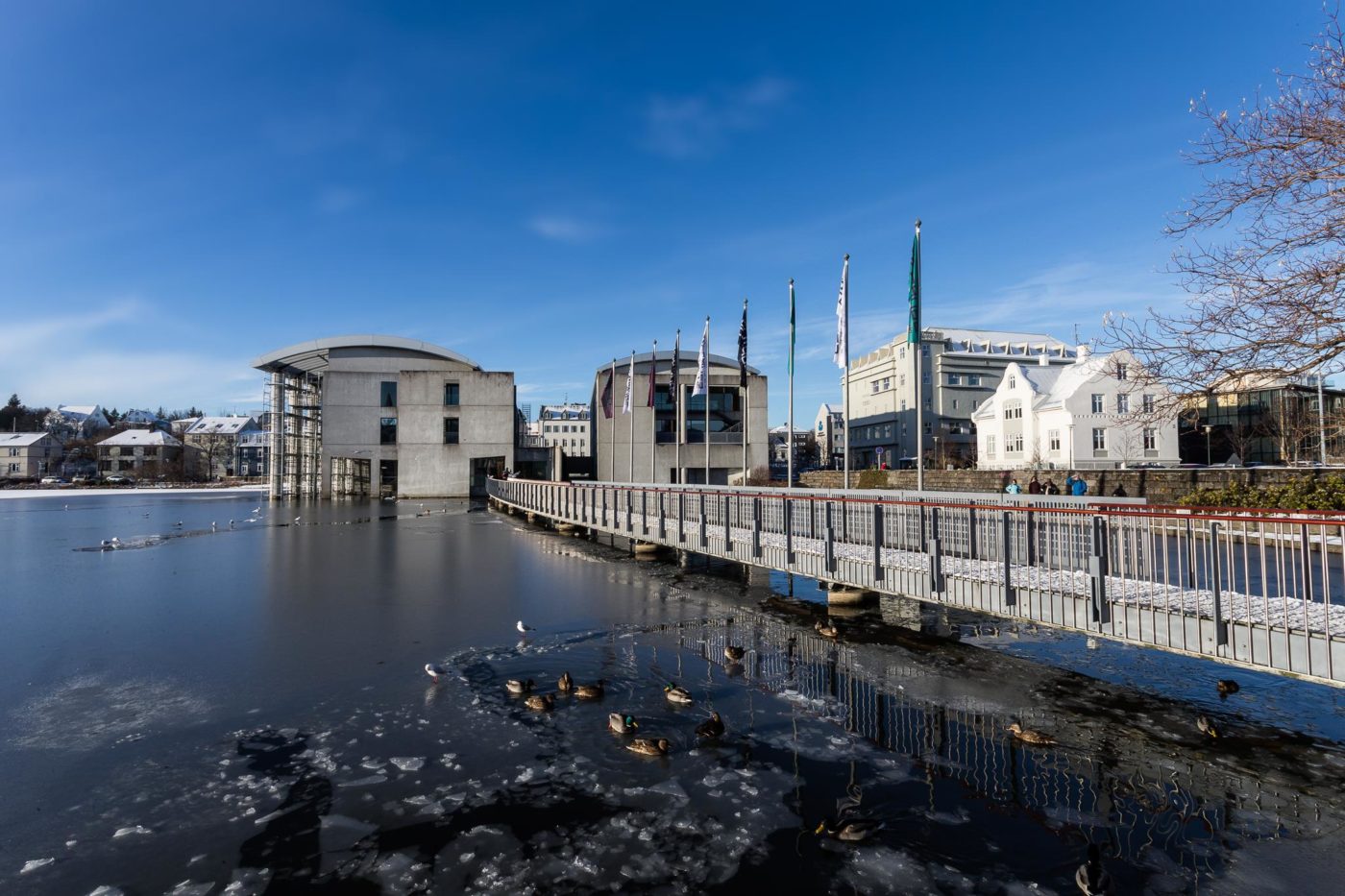 It’s about alternative and electronic music, evolved from an aircraft hangar party 20 years ago and is now for in-the-know festival fans. And also now hosting an industry conference. It’s not so much about huge headliners but finding a new favorite band or enjoying art or fashion events. Downtown Reykjavik is taken over by industry gunslingers. There are many free off-site shows. And it’s Reykjavik.

There are hotel and air packages available from many U.S. cities on Icelandair through the festival website, including trips to the famed Blue Lagoon…. 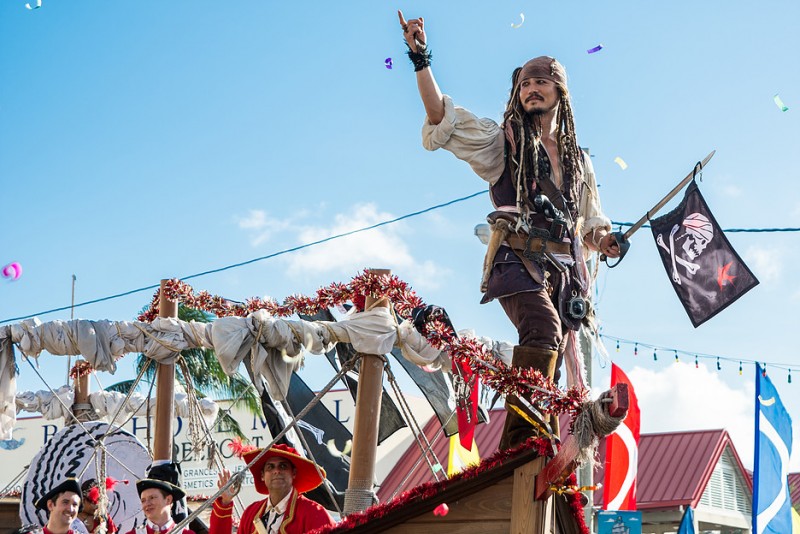 Ahoy Mateys! Captain Sparrow? Is that you?

In celebration of your inner pirate, you can spend 10 days dressed as one, whilst dancing around on white sand beaches, eating fabulous food, and watching a full scale pirate invasion with three full-scale pirate ships. There are parades, fireworks and dancing. Aye aye, me beauty! 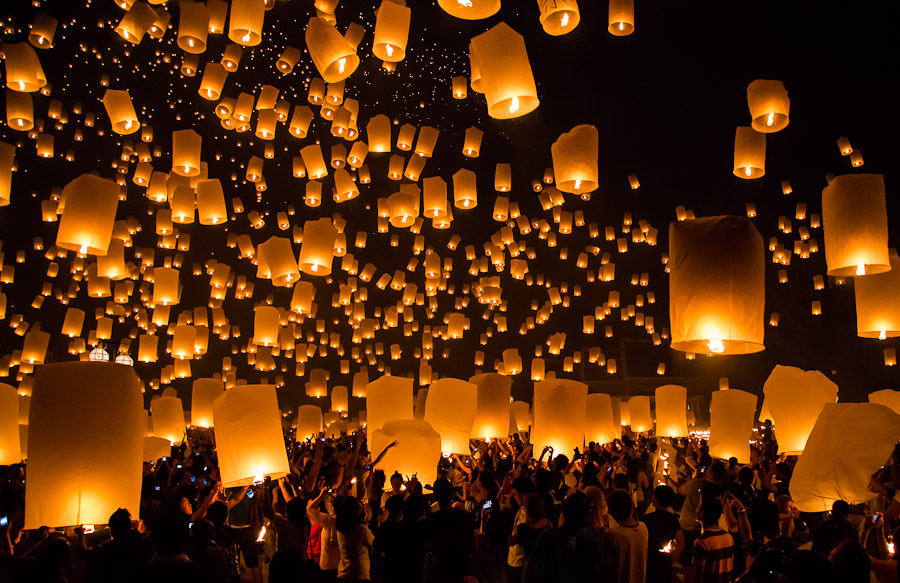 Yi Peng is the festival of lights which overlaps with Loy Krathong, the lantern festival also held on the full moon. They are both magnificent celebrations of light, colorful parades, music, dance, delicious Thai food, lantern making contests, and fireworks displays. You can give thanks and release your fears, negativity or regrets via a candle on a banana leaf sailing down the river (Loy Krathong), or a lantern up into the sky (Yi Peng). Buddhists also make a wish.

It’s very easy to get to Chiang Mai, you can fly directly there these days. No more rickety buses on uncomfortable wooden seats on dodgy roads traveling for a day from Bangkok. But there is always that option. 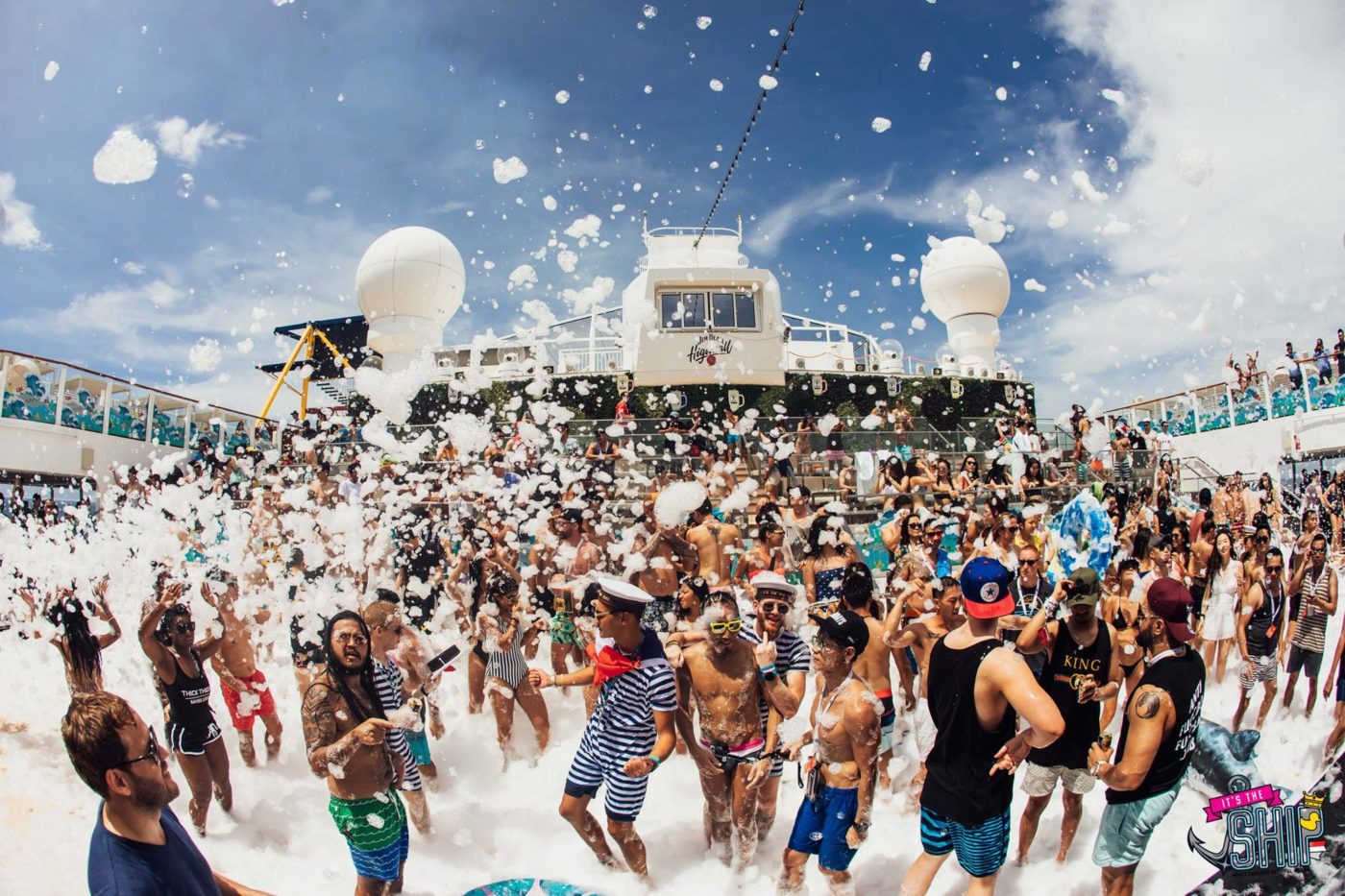 They could be doing this on land, but, you know, it’s a ship

Besides the massive amount of DJs and all-night raves, there’s a surfing simulator (on the ship not behind it, mercifully), a waterslide park, an ice rink, 35 restaurants and bars, a cinema, a spa, a bowling alley, rock climbing, a salon and a gym. Plus, a luxury shopping mall.

Your ticket price includes all of that, plus a beach party in Langkawi (Malaysia), all meals, and 24-hour room service. Some three-day party!!

Tickets are still available from $709; $2088 for a balcony deluxe suite, as of writing.

The 23rd annual visual arts, design and craft fest showcasing artists on Vancouver’s Eastside (some internationally recognized) who open their studios for this four-day visual arts fest, showcasing their work at various venues from Columbia Street to the waterfront. Over 500 artisans include potters and weavers, jewelers, painters, photographers, glass blowers, wood workers and furniture makers.

A little Air on the G String…? Montreal Bach Festival celebrates one of history’s greatest composers, Johann Sebastian Bach. Choirs, ensembles, orchestras and solo musicians come from all over the world for this elegant event, commencing with the ball gown gala evening on November 18th. Take a wrap, there may be snow, and prepare to be moved, no maybe about that.

ComicCon but Soprano style. There’s food, art, drinks, music and comedy, and around 50 cast members will be there to pump up the vibe of the Feast of St Elzéar. We know at least there’ll be pizza and ice cream.

Tickets start at $50. With VIP experiences including meet and greet, photo opportunities and an invitation to the after-party. 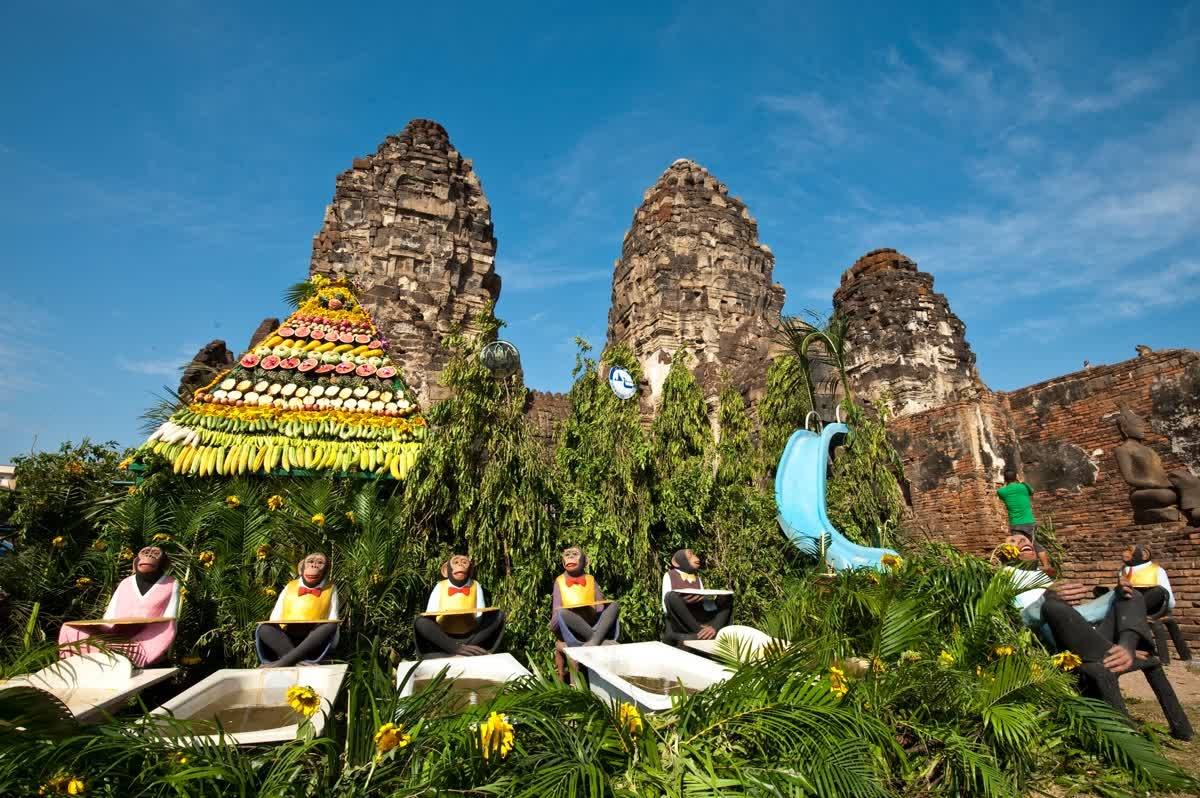 Held annually where the Lopburi macaques reside, at the ancient Khmer temple Phra Prang Sam Yot, built in the early 13th century, and a day trip from Bangkok. Around 3,000 macaques feast on a banquet of two tons of fruits, vegetables and rice, which is set out by chefs, villagers and onlookers. The Governor of Lopburi himself presides.

Once the food is out, forget it! The place is overrun with monkeys. Hold on to food at your own peril and hide your sunglasses. Monkeys love them. It’s not just ex-boyfriends.

It costs about $2 to get in, which, helpfully, comes with a stick should you need it.

The Thanksgiving Day Parade has been a New York tradition since 1924. There’s something nostalgic about seeing your favorite gigantic cartoon characters blown up and fighting with the gusts of wind whilst being anchored by brave volunteers.

Top marching bands from across the country are invited to represent their states, along with live musical performances by popular artists, brightly colored floats, dancers and giant balloons.

Insider tip: Get there the night before when they’re blowing up the giant balloons in Central Park…

This is our go-to festival of the month. If you can’t make it this year, plan on it for next. Approximately 150 miles from Melbourne, out in the bush next to the Murray River, is a small-scale annual celebration of art, multi-genre music, dance and creative expression. Purposely kept small so as to keep a sense of community. And Zen, It’s a chillax vibe. Local musicians play alongside international DJs.

There’s an art gallery, open air installations or join a yoga session as the sun sets. Swim in the Murray River if you get too hot. And you will.