Bill Maher has become a national treasure. He will wince at reading that! But it’s true — he’s become our voice of conscience, the voice of reason and madness depending on which side of an issue you’re on, beloved and reviled. He says what he thinks, and he is, maddeningly to his ideological opposites, thoughtful and very smart. And extremely funny.

He recently celebrated 25 years on TV with the various versions of his panel-based, political talk show, the most recent and successful iteration of which is HBO’s Real Time with Bill Maher. It’s a remarkable accomplishment in any light, all the more given the controversy he has so often caused. Compellingly, he is not a one-side-of-the-aisle comedian/commentator. He irks liberals almost as much as conservatives (I did say almost), but he truly does look at the whole picture in any given instance and will point out an argument, or part of one, he believes has merit, even from someone he habitually excoriates. One constant, Bill does not suffer fools.

It also turns out, he is not much of a traveler!

What are your pet peeves when you stay in a hotel?

Oh, Bob, we only have five hours. It’s not doing the little things we ask. It’s amazing to me that you can stay in a 5 star hotel, and they can’t get the small stuff right. Sometimes I can’t get a room cold enough, so I ask for a fan. My assistant will call multiple times — I know this sounds like white people problems — and hear ‘Oh, yes,’ but when you get there, no fan.

It seems so difficult today to relate a simple message. ‘Could you put a fan in the room?’ ‘Absolutely!’ — I just want to know where did that break down? They all leave a little handwritten note in the hotel now — ‘great to have you here, blah, blah, blah’ — skip the note! Concentrate on the fan!

What’s the best thing you’ve ever taken from a hotel?

When I was young and poor, I relied on hotels for all my toiletries. For years in Vegas I had Caesar’s Palace soaps and shampoos that I lived off of. I opened for Diana Ross in 1982 and — wow — was I in over my head. Vegas was quite different then. And I remember I’d peek out the door, and when the maid left her cart in the hallway and wasn’t there to guard it, I would filch the soap and shampoos off the cart, and went home with a suitcase full of these. Those were tough economic times for me. Towels were harder to get into the suitcase. 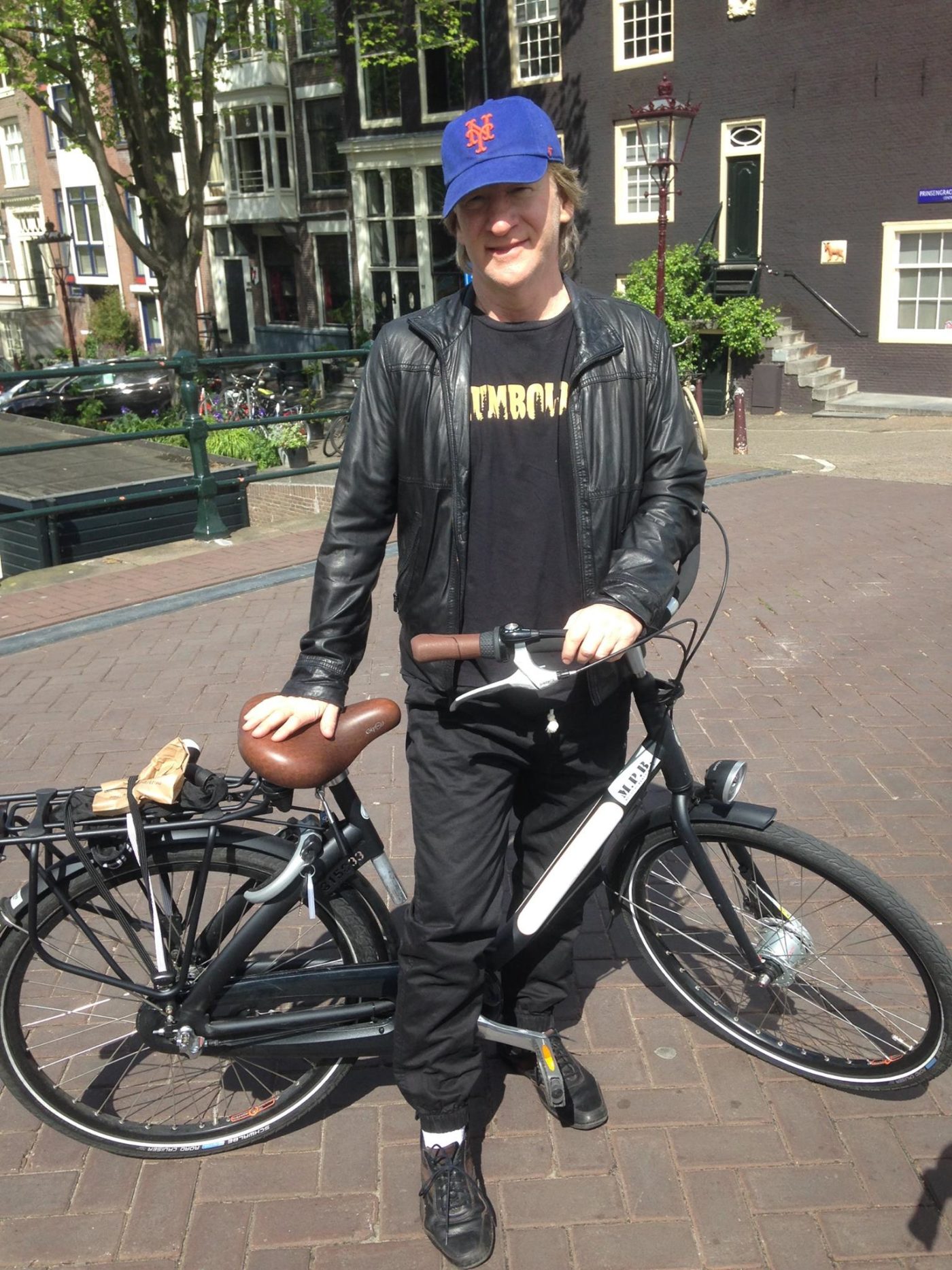 What are your favorite memories of being on the circuit when you started up?

Well, the camaraderie I think was my favorite part. My novel of the comedy scene I grew up in, True Story, begins with the line “Five comedians sat on a train.” In those days — this is when urban comedy was burgeoning — on weekends you would find yourself getting on that Amtrak train and there’d be three or four other comedians, because one was going to Philly, and one to Washington DC to a club, one to Wilmington, and we were very high on the idea that we were making a living — it was a paltry one, where we were stealing soaps — doing stand up comedy. So you can imagine what it was like when you had four or five, young 20s comedians on a train, or do a gig with one of them. I don’t see my old friends like we used to, because we were just always together. You never had to call anyone and say, ‘hey, do want to hang out?’ — we hung out at the club, and then we hung out on the road. If anything, we were in each of our faces too much. For me it was a much greater binding experience than I ever had. Maybe it’s like going into the military, this was the comedy army. Jerry Seinfeld and Larry David were on the circuit then. Richard Lewis, Richard Belzer, Carol Leifer…

What was your favorite city to play?

In those days, we pretty much stuck to the East coast, but I remember the first time I went down to Atlanta, and that was different. I’d never been in the south, or anywhere really. To this day I still love playing in the south. Our politics don’t always agree, but very friendly. I remember the girls were very friendly, more friendly than those on the east coast. I almost moved there…. I played the hot club — and by “hot” I mean the owners tried to pay you in cocaine.

I love Vegas. I play it six or seven times a year, I’m at the Mirage, and they’re great. There’s a lot of every type of person in Las Vegas. I don’t know if it was always that way, but it is now. If you took out the tourists it’s already a big city, and the townies are very hip.

Your favorite country you’ve traveled to?

I haven’t been a real globetrotter, I would have to say England, probably because I am a bit of an Anglophile, and it is just a lovely country. And as someone who has always been extremely challenged learning a second language, it is a nice convenience that you don’t have to. I mean, pointing to the guidebook when you want to know where the bathroom is…

I guess I’m a bit of a homebody by nature. I travel a lot here, domestically, but it’s only on the weekends. You go to Denver and do a show, you go down to San Antonio and do a show, and you’re home. And it’s America, you don’t have to think about, ‘does this plug in?’ and needing three kinds of adaptors. The great parts of travel are great, but the bad parts, where you’re trying to slice open an orange at 2.00 in the morning with a can opener because there’s no knife in the room, and no room service, that stuff bothers me more than most people. 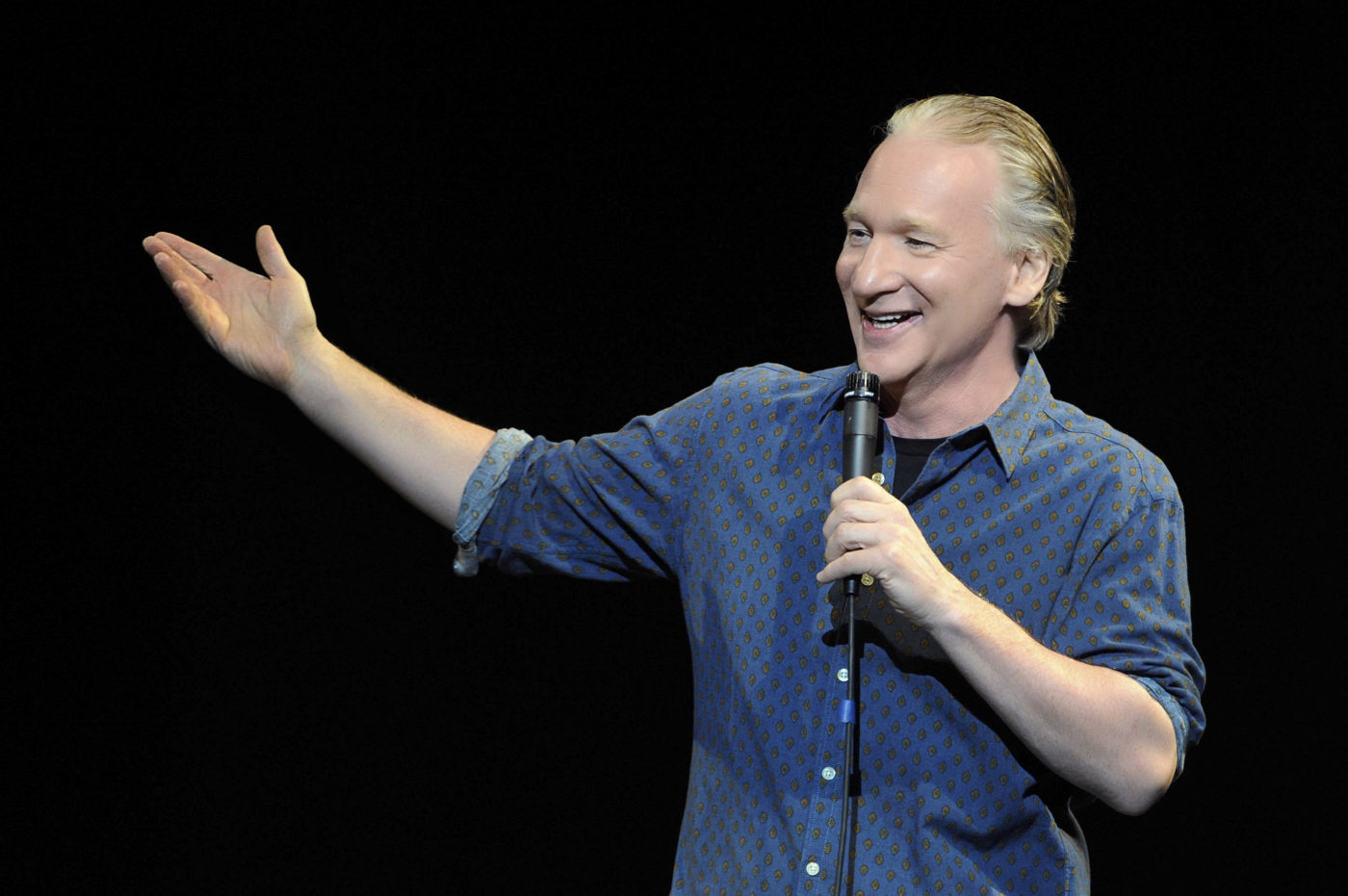 Who laughs the most at your jokes?

Definitely the red states for me. Now I’m not typical because I do a very partisan show for the most part. So when I go to a red state, all the liberal people are grateful that I did not forget there are liberals in red states. I did a thing on my show about the city mouse and the country mouse, and how the divide in this country is not really about red and blue, it’s really about city versus non-urban. When you’re in Birmingham, Alabama, it has a lot more in common with any other city than it does with Alabama. Birmingham, Alabama voted for Hillary Clinton, which I could have predicted, because it’s a city, and something happens to people when they live in a city. That’s why after an election you see all these massive red areas, and these blue spots, and of course the cities are where all the fucking people live!

I love playing Oklahoma, Georgia, Alabama, you name it, because they are more enthusiastic than a liberal state where it’s expected I would go.

Is there a line a comedian shouldn’t cross?

Oh, sure, I mean there’s no reason to be gratuitously cruel. But every comedian has to make that decision for themselves, and we live in an age, and this is what I fight with liberals about all the time, that they’re the purity police and they’re making themselves into good people if they do nothing but hound folks, like in the comedy profession, whose job it is to see where the line is, where the boundaries are. Sometimes you do say something that some people don’t like. In the old days, they just went ‘Aaaah’, and either turned off the TV, or forgot it and went on to the next joke.

Now everything has to be ‘let’s make this person go away forever! For two seconds I was offended!’  I don’t have any patience for it. If I offend people, it’s usually because I’m making a point, and a point they don’t like. And usually a point that is true, which is why they don’t like it, so they can just live with that.

What is the worst thing that has ever happened to you while traveling, and who is your fantasy seat mate on a long flight?

Having my wallet lifted in Mexico in 1985 while filming the TV movie Club Med, at a Club Med. Luckily, they use beads there.

My fantasy seatmate would be my dog, who I’d like to get certified as a service dog, but he acts too crazy –- but he’d be perfect, he never tries to talk to me.

If you were invited to a dinner party with Donald Trump, the head of ISIS and the Pope, who would you want to sit next to?

Definitely not the head of ISIS. I would like to sit next to Trump, because I think I know what the Pope thinks. But Donald Trump is still a bit of a mystery to me. I would love to sit next to him for an hour and try to get into whatever is going on under that blond wig.

What was the best day of your life?

I think the time I remember being most elated is a toss up between the first time I went on stage, which was in high school, and I got laughs from an actual audience, and I couldn’t sleep that night just being so high, and after my first date, when I was fifteen, and I was walking back from her house — I remember overshooting my block by two blocks, I was just so on cloud nine. What did Freud say? All you really have in life is work and love, so those are, the two, like, formative moments and in a way we’re probably always chasing those highs for the rest of our lives, because I don’t think anything has ever matched the elation I felt on both those nights. 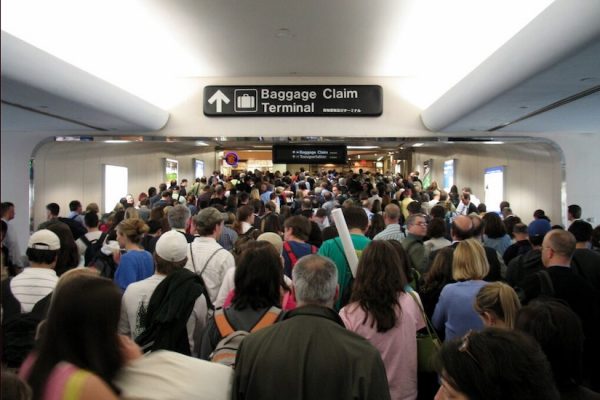