Park City has no less than 7 ski mountains within 45 minutes of each other, six 5-star hotels each with impressive spas, and one Olympic Park, complete with a functional bobsled track. There are hiking trails right out of town and lakes for boating and swimming a short drive away, as well as rivers for fresh-water fishing, and a food and wine scene that has started to find its voice. And, naturally, golf.

I started the day at Canyons golf. There are some real doozies in the first 7 to 8 holes with tee boxes 50ft above narrow, windy fairways, dog leg rights and lefts and quite a few blind shots where you hit the ball into oblivion and hope for the best. The course meanders up and down multiple peaks at the Canyons Ski Resort and the views from almost every hole are stunning. Mercifully, the course eases up on the back 9. Overall, Canyons Golf is a beautiful, difficult golf course with stunning views, some crazy tee shots and a few lovely par 3’s. 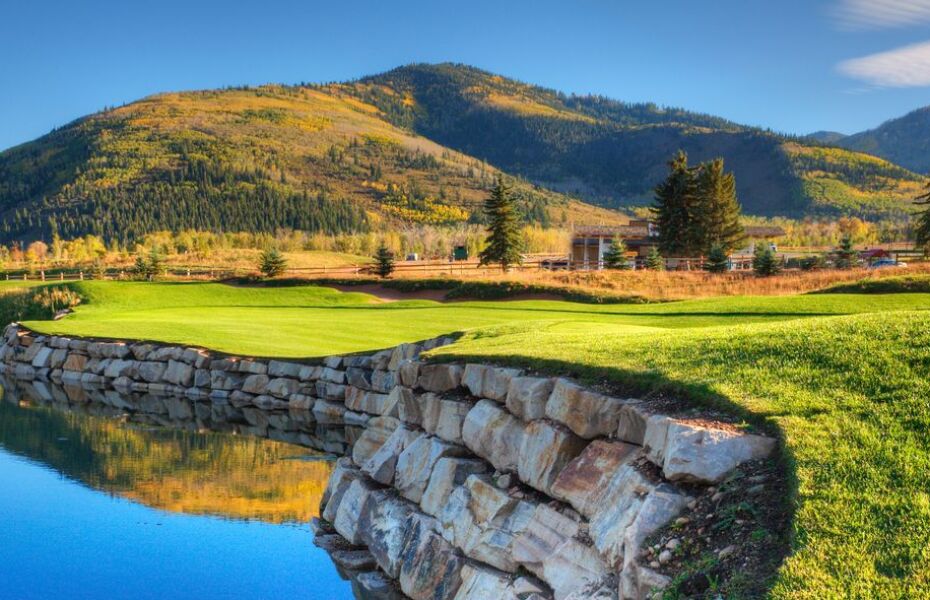 Riverhorse on Main is Park City’s most awarded restaurant, and I hadn’t been there in years, so I was excited to see what has changed and what has stayed the same. The impeccable friendly service, a gorgeous, buzzy, mountain modern room and the mountain trout, buffalo tartare — buffalo! Take that, French people! — and the game trio on the menu were exactly as I remembered. I noticed a more diverse wine list and some creative new dishes.

Two examples are the French onion soup perogies with Meyer Lemon cream, French onion jus and crispy gruyere, and a shrimp and scallop tom kha with saffron risotto and shishito peppers. Both are hearty dishes good for a mountain town, executed with respect to their different cultures. The lightly seasoned buffalo tartare and the impossibly crisp skinned mountain trout that seems to crack and explode with flavor on every bite. The re-imagined geode of tiramisu should be on one of those lists for best desserts in the country.

My activity Friday morning was a beautiful hour and a half long hike on something called Blood Lake, which starts on the backside of Deer Valley. This hike is very doable and highly recommended, and the amount of hiking trails in and around Park City is staggering, so no matter what your ability or time limits, there is a hike here that will work for you. 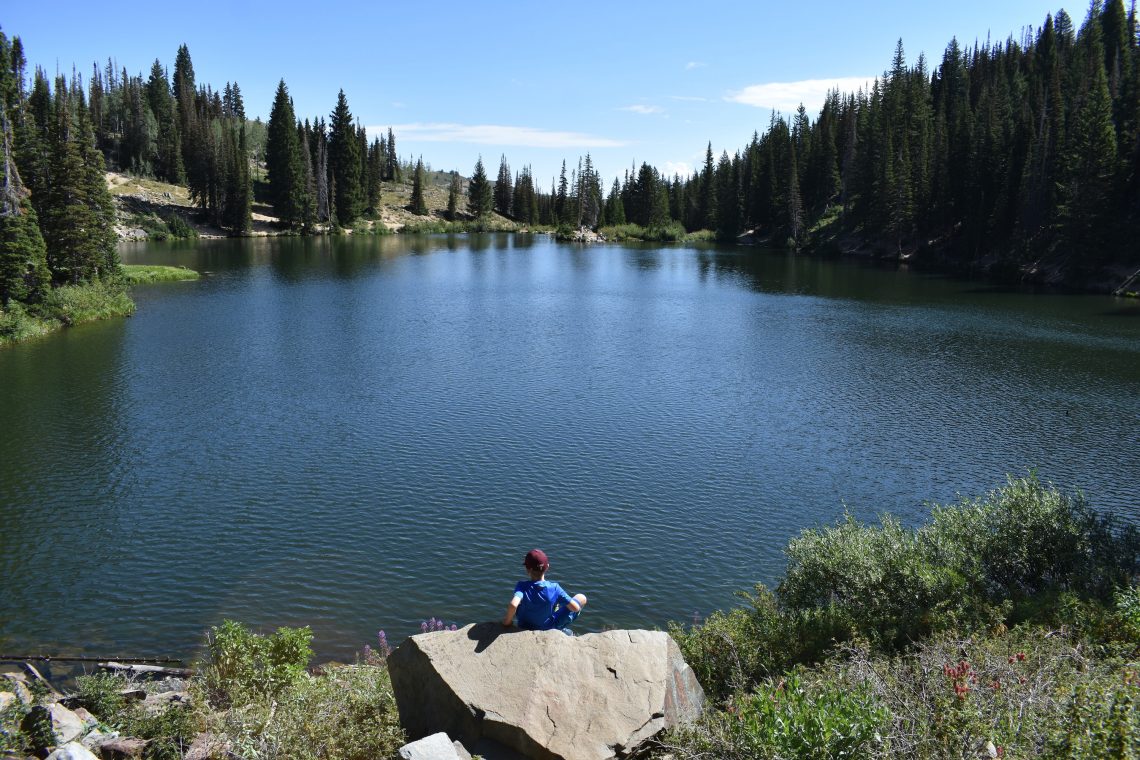 Blood Lake, ominously named but, you know, no real blood…

My quick breakfast beforehand was at the Eating Establishment and it turns out, like Riverhorse, they haven’t lost a step since I was here. Throw a dart at the breakfast menu and whatever you hit will very likely be the best version of that dish you have had in a while. I Suggest the basics here, like a ham and cheese omelet or biscuits and gravy, while other popular items include corned beef hash, their skillets, and French toast with Portuguese lemon curd. You don’t get a lot of Portuguese lemon curd in Utah, to be honest.

The other can’t miss breakfast spot, for healthier fare in more of an upscale coffee shop vibe, is Harvest, where you can get anything from breakfast pastries to a bowl with quinoa, fava bean, radish, avocado and seared salmon.

After the Friday labs I had a tour of the new Pendry Hotel at the Canyons, a massive 3 building structure at the base of the mountain, in what used to be a parking lot. 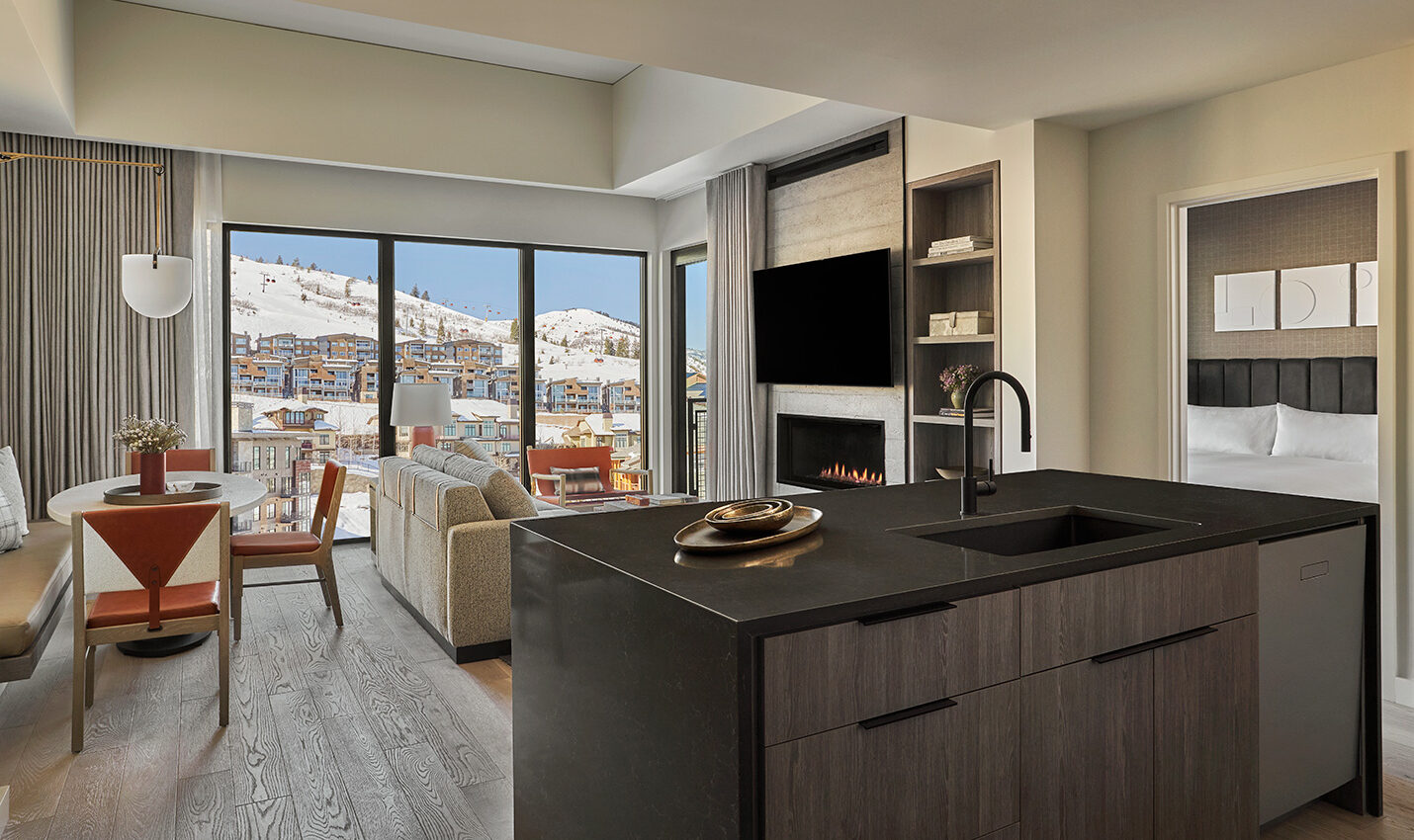 The Pendry’s call their hotel an “urban alpine.” There are no exposed beams or pictures of elk or moose, there is a rooftop pool and bar — the only one in Park City — but it still feels like a mountain hotel. The Pendry boasts three new restaurants, Disco Pizza, Kita, and Dos Olas. Disco Pizza — and, really, don’t you want to know what that is? — was not yet open, but the Japanese milk bread rolls at Kita, a Japanese steakhouse, are impossibly light and airy, while the sushi I ate was top notch, especially the lightly torched scallop with just the right amount of black truffle. (Upon reflection, I’m not sure there is a wrong amount of black truffle. But you get my point.) 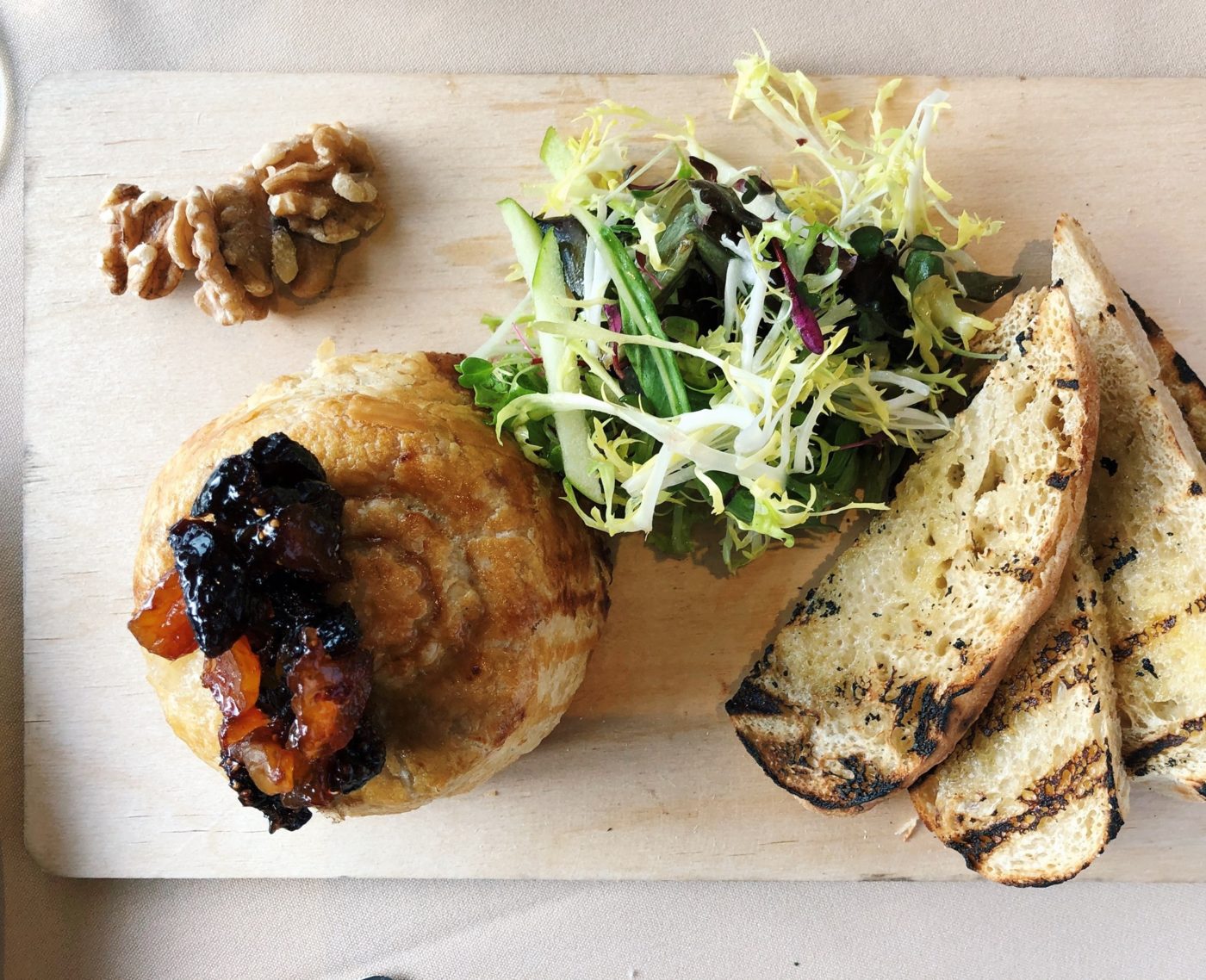 Courchevel serves modern interpretations of alpine classics with a focus on local, sustainable ingredients. The yellow perch fish and chips appetizer was as creative and fun to eat as it was tasty, and the classic baked brie en-croute was made with Park City Creamery Brie and slices of local farmers market apples with a homemade local stone fruit marmalade. Beat that. Another standout was the asparagus salad with house smoked trout, red sorrel and ciabatta croutons.

It’s safe to say the brie and the asparagus are exactly how you pull off alpine classics with modern, local touches. For the mains we split a lake whitefish and a bison ribeye steak frites. The prep was simple, with no over-saucing or beds of too much crunchy stuff underneath, just a properly seasoned pan-sear on the fish with some olive oil roasted zucchini and smashed fingerling potatoes. The bison ribeye was cooked perfectly, with flavors bouncing back and forth from lightly grassy to gamey, which is a sign they are getting real bison and not some imposter half-cow cross that exists on more menus than it should.

The Montage Deer Valley is one of the great spas in the area. It’s spacious enough that you don’t feel like you are on top of other guests every time you turn a corner and has a menu of world class services. My deep tissue masseuse, the androgynously named Denex, had some seriously strong hands that managed to get a knot out of my neck that had been there since golf on Thursday. 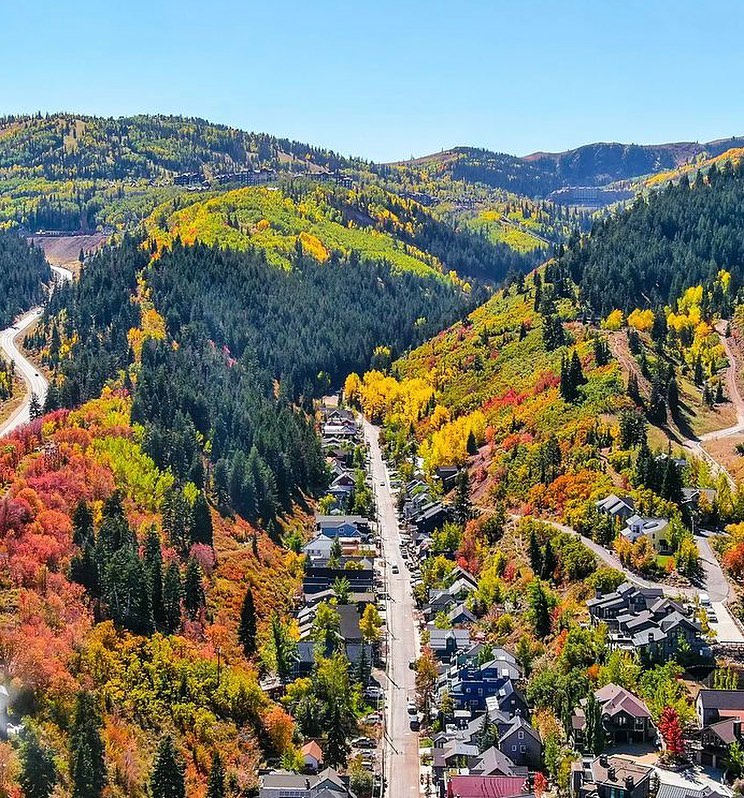 Later, on Main St., I had a beer and a great bison burger at the No Name Saloon. Because bison is so lean, you are not as full as you would be after a beef burger. Just speaking the truth.

The final dinner of my trip was at Dos Olas at the Canyons, which successfully blends authentic Mexican cuisine with coastal California flavors The bartender at Kita recommended the quesadillas, because they import the flour from Oaxaca, making the tortilla much lighter and less chewy than usual, allowing the well-seasoned chicken tinga inside to shine. The queso fundido is a mosaic of flavors and textures with spicy, crunchy granules of chorizo and little bursts of umami from the mushroom ajillo popping through a comfy blanket of oaxacan and asadero cheeses. The carnitas and the carne asada tacos and the churro ice cream sandwich with Mexican chocolate sauce for dessert are not to be missed. I did not miss them.

Skip the usual spots of Colorado and the Alps and speed down slopes from Romania to New Mexico, even Israel…

Danger Man! The founder of a fantastic emergency preparedness company travels the world in a way the rest of us don’t