Michael Moore has always been the darling of the Left, and the scourge of the Right. He’s a standard bearer for core liberal issues and his documentaries, including Bowling For Columbine, Fahrenheit 911, Capitalism: A Love Story, and his first, Roger and Me, which transformed the genre (by being profitable, for one thing) skewered conservatives and the murky and often insidious ways they operated.

His movies puncture a certain kind of smugness that seems most prevalent in the controlling — or wanting to control — class, and that has been in the main the gun lobby and the less-than-transparent corporate and government leaders looking after themselves and hiding their ineptitudes, at the expense of the people they are supposed to be leading.

So far so good, if you’re a liberal! But when Moore and his long time director and collaborator Jeff Gibbs made Planet of the Humans and kicked a liberal sacred cow, the environmental movement, the blowback was even more shrill and hysterical, and vicious and destructive, than when the right howl in righteous pain. The left, it turns out, can be every bit as sensitive and thin skinned — and I’m saying this as a lifelong, dyed-in-the-wool liberal.

Moore and Gibbs put it on YouTube, for free, but a swell of people, indignant that the movie undermined the battle cry against fossil fuels, pressured the video channel to take it off and, at the end of May, after 8.3M views, the channel dropped it for a four second copyright infringement. Although the offending four seconds have been removed, YouTube still hasn’t re-instated the film. So we offered to be a place where the movie could be accessed.

Planet of the Humans challenges and upends a lot of the sacred beliefs of the environmentalists, particularly a blind (and it is blind) faith in sustainables, and exposes both the use of fossil fuels in alternative energy sources and the deep-rooted financial involvement of fossil fuel companies in the green movement. It’s an important movie, and it is not against the green way of life at all — both Moore and Gibbs are life long environmentalists. But it deals in unpleasant and — apparently — very unpopular truths. It’s another part of the whole story. Why wouldn’t people want the whole story? Who really just wants to hear the side they already believe in?

So if you’re curious, watch now! It’s free. Draw your own conclusions.

What would Sloane Peterson do (WWSPD)? She’d take a day off

HAVE / WILL TRAVEL IGLOO RECOOL COOLER

Ditch the styrofoam! Keep your picnic grub and grog cool while protecting the planet

Airlines need to change. Because a disproportionate amount of air travel emissions are attributed to a minority of travelers 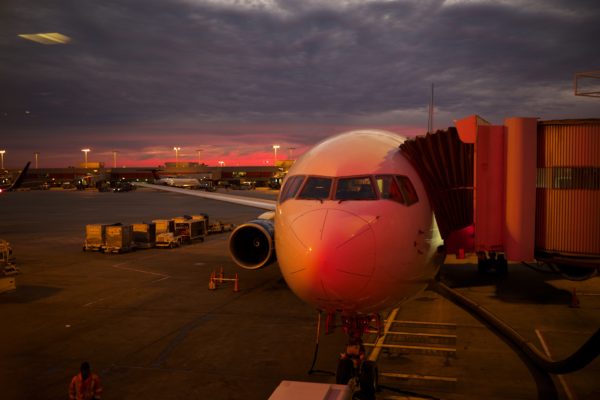