I blame Botticelli. His 15th Century image of Venus birthing from a clam shell, strategically featured her flowing flaxen hair sweeping over her hairless crotch. It’s confusing. Here she is, the perfect woman, with way more hair on her head that any respectable adult female needs, yet none in the area that defines her as female.

It’s said that around the mid-1400s, when Botticelli famously painted The Birth of Venus, women had no choice but to shave their pubic area to stave off lice. Thus, the invention of the merkin, a curly wiglet for your netherlands. There were many early-day recipes to take the hair off—Renaissance-era Nair, if you will—which included a slathering of arsenic and quicklime, which sounds exactly like setting the trend for unrealistic beauty standards and a high female mortality rate.

I grew up in the 80s in suburban Boston, where there were truly no options about what you did with your body hair. You shaved. When you were old enough, you waxed. It was a What Would Christie Brinkley Do? (WWCBD?) time period. We knew what perfect, blonde, all-American Christie would do. Christie would go hairless.

Since bikini season is upon us, and pubic hair season is eternal, here’s a cool list that’s neither pro or anti, and may change the way you think about the hair down there:

1  Pubic hair may serve as a scientific man-trap. “One theory is that you produce pheromones which your public hair then traps. It does make sense that the smell from public hair can sexually entice your partner,” Sherry Ross, M.D. an ob/gyn at Providence Saint John’s Health Center in Santa Monica, California told Self in 2016.

2  “Power Muff” is the term given to women who let their public hair grow wild. 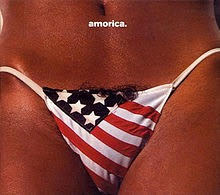 Hair today, gone tomorrow: the original Black Crowes album cover, before it was modified for all those sensitive Walmart shoppers…

3  According to a Vox article from 2018, women and shaving is a $1billion dollar industry.

4  A 2018 Health article states that the absence of public hair doesn’t promote better health. In fact, public hair is there to keep the body warm and help keep unwanted bacteria from entering the vagina.

5  The Billie razor launched a Summer 2019 campaign “Red, White and You Do You” featuring women in bikinis at the beach with visible armpit and public hair. No word on how many merkins they used.

6  When the Black Crowes released their third studio album, Amorica, in 1994, it featured an unforgettable close-up of a woman’s crotch, decked out in an American flag thong with a tuft of dark pubic hair peeking out the top. The image, borrowed from a 1976 Hustler cover, was eventually banned at leading big box stores, and the image later revised to take the woman and her offensive pubes out of it entirely.

7  There is no such thing as a body hair trend. The hair was there first, for a reason, and is therefore not subject to fashion. What you do with it is a personal choice. Always.

And the Band Plays On

Micky Dolenz of the Monkees, on the band after Peter and Davy, his new tour, and those swinging sixties 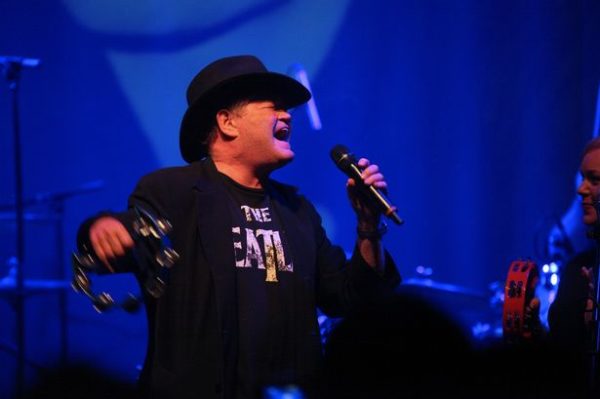