Massimiliano Romano (Max for short) was born in Palermo, Sicily, and he is, quixotically, a Sicilian redhead. He has been in the restaurant industry all his life. His first job, at aged 16, was in Sicily, and a few years later he moved to Milan where he was the senior bartender at the Sheraton Diana Majestic. Then he moved to England, working his way across the southern part of the country as a bartender and bar manager at The Lainston House Hotel in Winchester, with further stints at the Alveston Manor Hotel in Stratford-on-Avon, The Queen’s Hotel in Cheltenham and as bar manager at the Limewood Hotel in Lyndhurst.

That’s where he created the Tiramisu Martini.

Now he owns his own restaurant in Southampton, Max’s Brasserie, a superb and authentic Italian restaurant we featured here on WONDERLUST. Restaurant mogul he may be, but he is still the bartender! 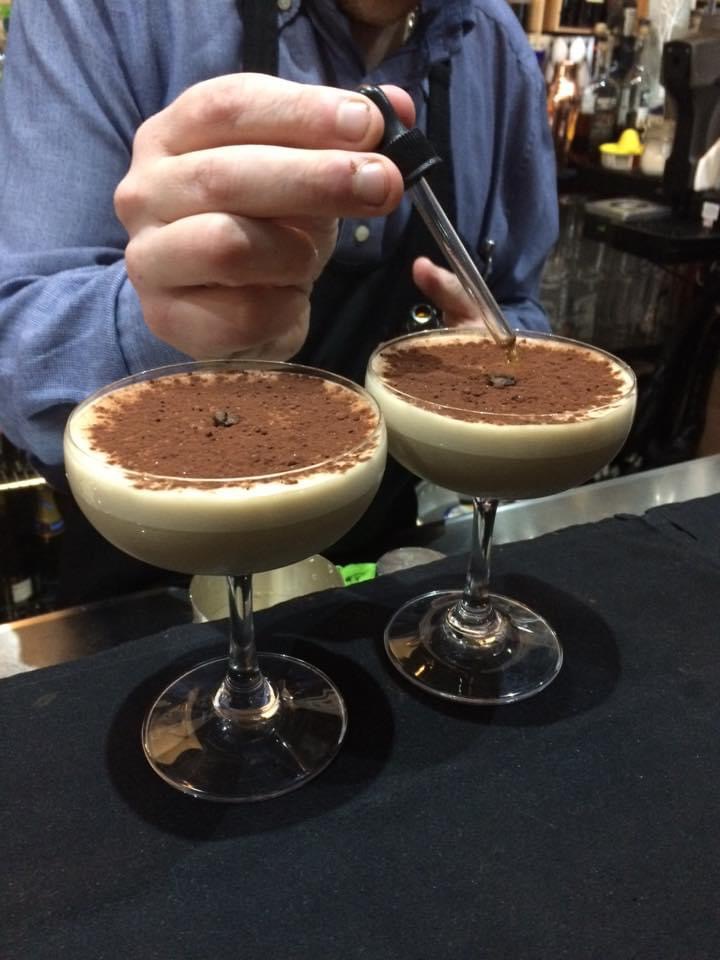 Tiramisu is a very famous Italian dessert so in 2009 at the Limewood Hotel I had the idea to create a cocktail to have instead of dessert, and the Tiramisu Martini was born.

Pour everything into the cocktail shaker. Add ice (4 or 5 ice cubes) and shake, but for no more than 7 seconds. Pour all into a cocktail glass, no waste. Garnish as a traditional dessert with cocoa powder and two coffee beans.  This Tiramisu Martini cocktail is an alternative to the dessert, or maybe have both!