I don’t know this for a fact, but I imagine that Jim Mathews, President and CEO of the Rail Passengers Association, wakes up in the morning thinking about trains. He certainly thinks and talks about trains all day at work, and one imagines he does even when he isn’t working.

And one can easily imagine him dreaming about trains, perhaps trains gliding around a curving track through a snowcapped mountain range, or arrowing through a bright green and yellow landscape, smudged by shadow.

At any rate, Jim knows and loves trains, and in his position runs an organization dedicated to perpetuating and enhancing their glory. His mission includes lobbying for expanding the number of routes in the US, and advocating for passengers’ rights. So he’s a good man to talk to about them.

WHY ARE TRAINS PERENNIALLY THE MOST ROMANTIC FORM OF TRAVEL?

Consider what trains do, particularly overnight trains: they gather together a kind of temporary community of people, a variety of personalities, spending the night together in one way or another. There are distinct social and private spaces – dining cars, observation/lounge cars, coaches and sleepers. Hundreds of books and films have used trains as dramatic characters in and of themselves.

At their best, trains are appealing because they retain a human scale. And in an age of disconnection – when we talk to one another by tweet and text – that human connection become more novel and more precious. Unlike a jetliner, it’s not an abstraction of human living from 30,000 feet. Nor is it the back of another car with the same 20 chain storefronts sliding by like a cheaply animated cartoon. On a train you look out the window at trees and rivers and people’s backyards, slicing through people’s lives at 79 mph. 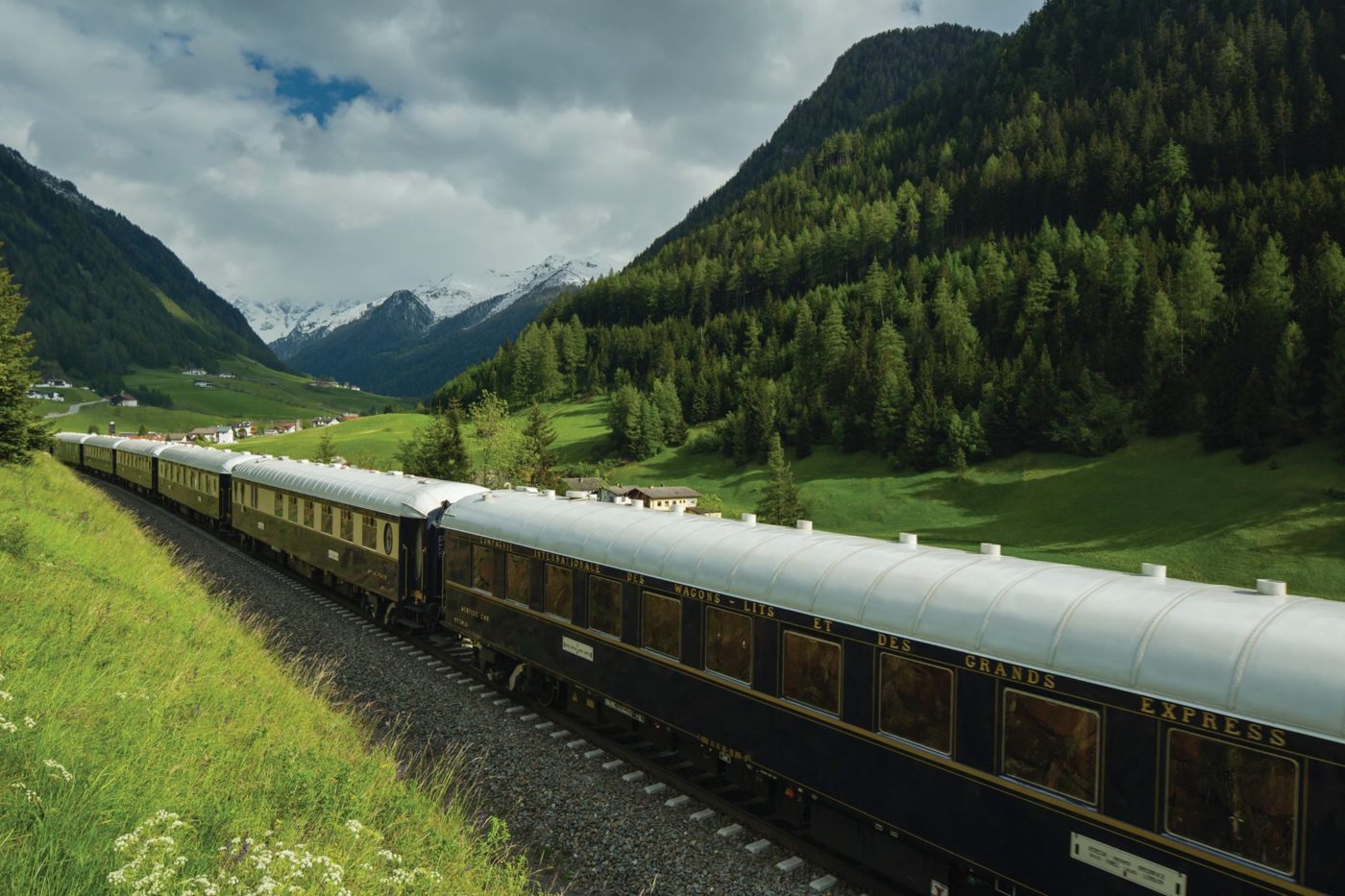 The Orient Express purring through its natural habitat…

WHAT’S THE GREATEST TRAIN RIDE / TRIP IN THE WORLD?

My next one! However, every American should try to ride the California Zephyr west of Denver, or the entirety of the Coast Starlight. These trains are so packed with scenery that you’ll forget you brought your tablet along for company.

In France, I loved the TGV high-speed train between Paris and Bordeaux. Spain’s AVE is also a fabulous service. And don’t forget a tantalizing taste of (almost) high-speed rail right here in the U.S.: go to Florida and take a ride on Brightline between West Palm Beach and Miami.

WHAT IS THE MOST LUXURIOUS TRAIN YOU’VE EVER BEEN ON, WHAT’S THE LEAST? 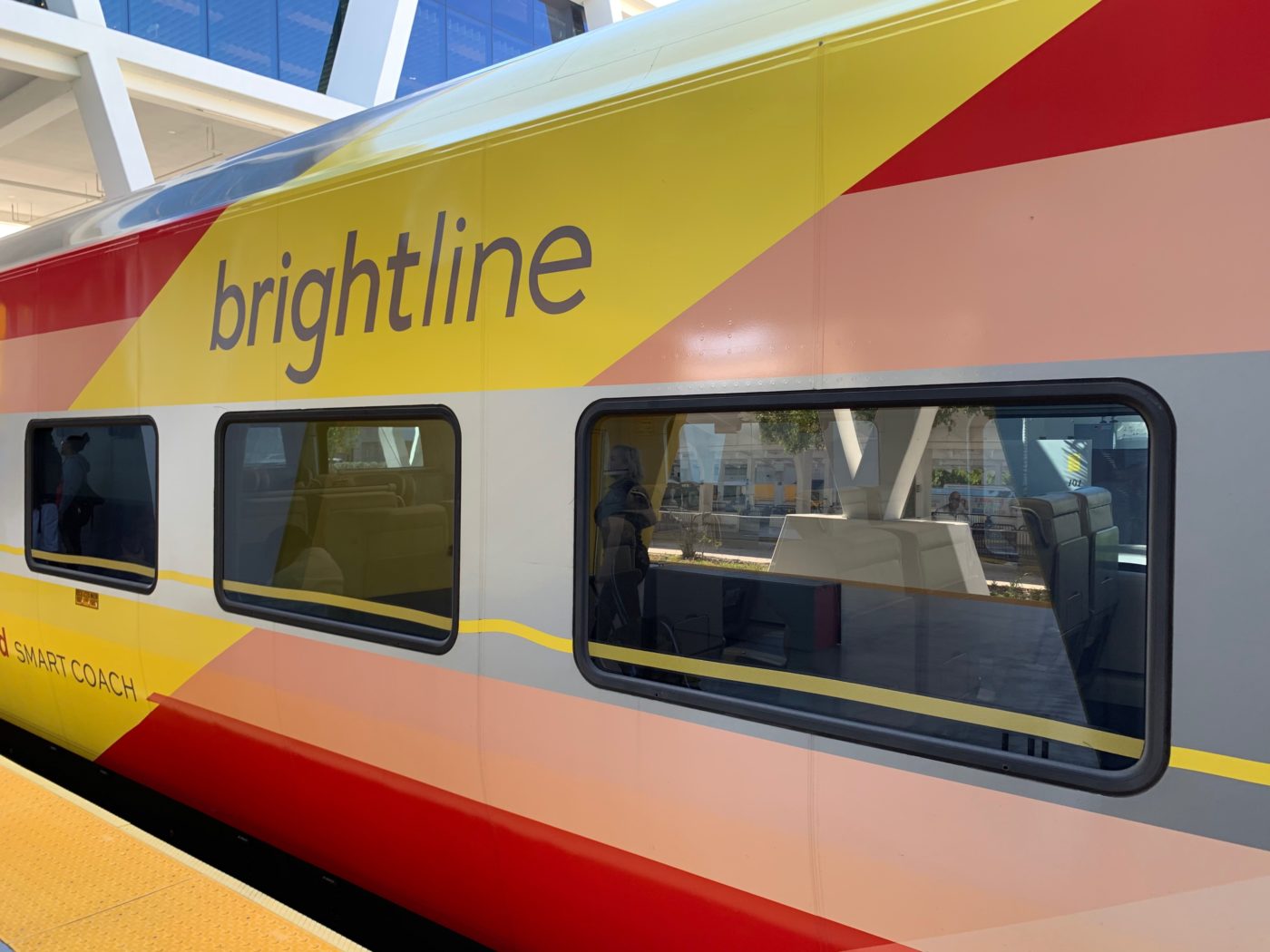 One in the same, amazingly enough. VIA Rail’s Canadian train between Vancouver, B.C. and Toronto is a time capsule. A 1950’s streamliner essentially cast in amber. This means a strange kind of glamour; multiple intimate bars and observation lounges onboard; heavy linens, flatware and china during mealtimes. Food is prepped exclusively with local foods and wines, as the train is stocked en-route. However it also means 1950’s accommodations, including Some Like it Hot style Pullman beds, and a walk down the hall to take a shower over the course of the four day trip. The speed of travel is actually slower than it was in the 1950’s, often averaging around 30mph and encountering heavy delays due to freight traffic.

At the other end of the spectrum, in some ways Japan’s “bullet trains,” the Shinkansen, are incredibly luxurious by U.S. standards—in that everything is super modern, comfortable, a gliding 200 mph ride as smooth as glass—but simultaneously not luxurious, in that everything was so business like and no-nonsense. There is a sense there among the passengers that there is nothing special at all about a service that would be considered miraculous in most of the world.

THERE ARE TRAINS YOU CAN’T GO ON, LIKE THE QUEEN OF ENGLAND’S, OR THE US PRESIDENT’S. WHICH IS THE ONE YOU’D MOST LIKE TO RIDE?

The big Class 1 railroads’ private CEO cars, so I can ask them why they’re strangling passenger service in the U.S.

WHAT WAS YOUR HAPPIEST MOMENT TRAVELING BY TRAIN?

When my second son graduated from high school, we took a two-and-half week leisurely rumble around the country on Amtrak with his two brothers and my wife: three teenage boys and my wife and me, in two sleepers. The boys had never seen America by train before. My youngest, 13 at the time, made a point of booking separate dinner reservations just so he could meet other people in the dining car and hear their stories. Then he’d come back to our room and tell us about who he’d met and what they did. 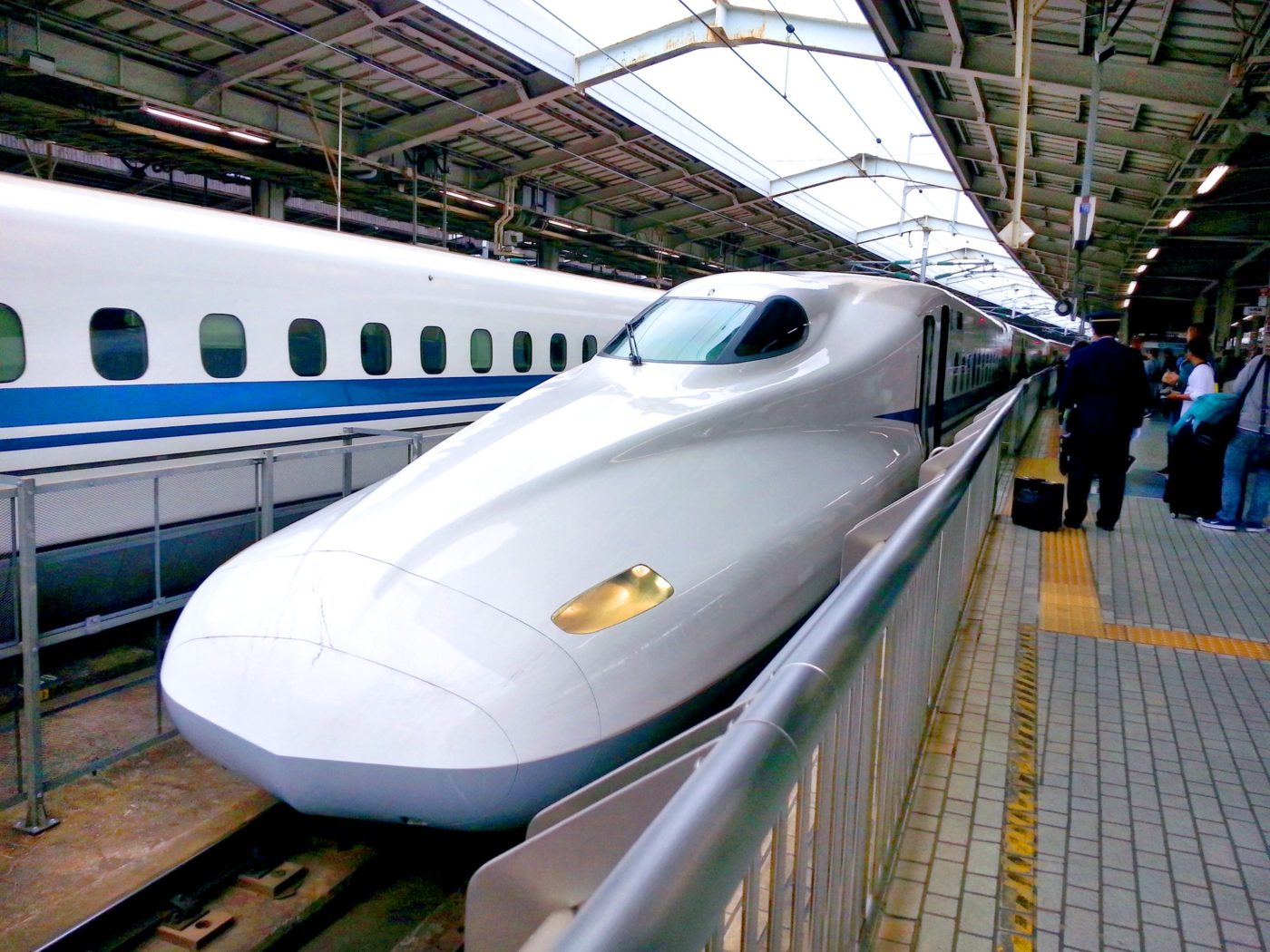 Faster than a speeding bullet: The business end of a Japanese Bullet train

WHO KEEPS THE TRAINS RUNNING ON TIME THE BEST/MOST IN THE WORLD?

Japan. Saw a conductor Usain Bolt-sprint the length of the train because we were stuck behind some other foreigners who were futzing around with their luggage and blocking the door—to prevent a delay on the order of magnitude of 10-15 seconds.  In an average year, the Shinkansen accumulates a total average delay of 54 seconds. SECONDS! The Swiss trains run pretty well too, but nobody can touch Japan with that figure.

WHAT’S THE TRAIN EQUIVALENT OF THE MILE-HIGH CLUB, AND ARE YOU A MEMBER?

“Miles long club,” the “blue light club,” (which comes from the color of night lights aboard trains); there are many variations on that theme. After all, we’re talking about a mode of travel that often includes private bedrooms. And, um, “no comment.” (Re-read the answer about my happiest moment.) 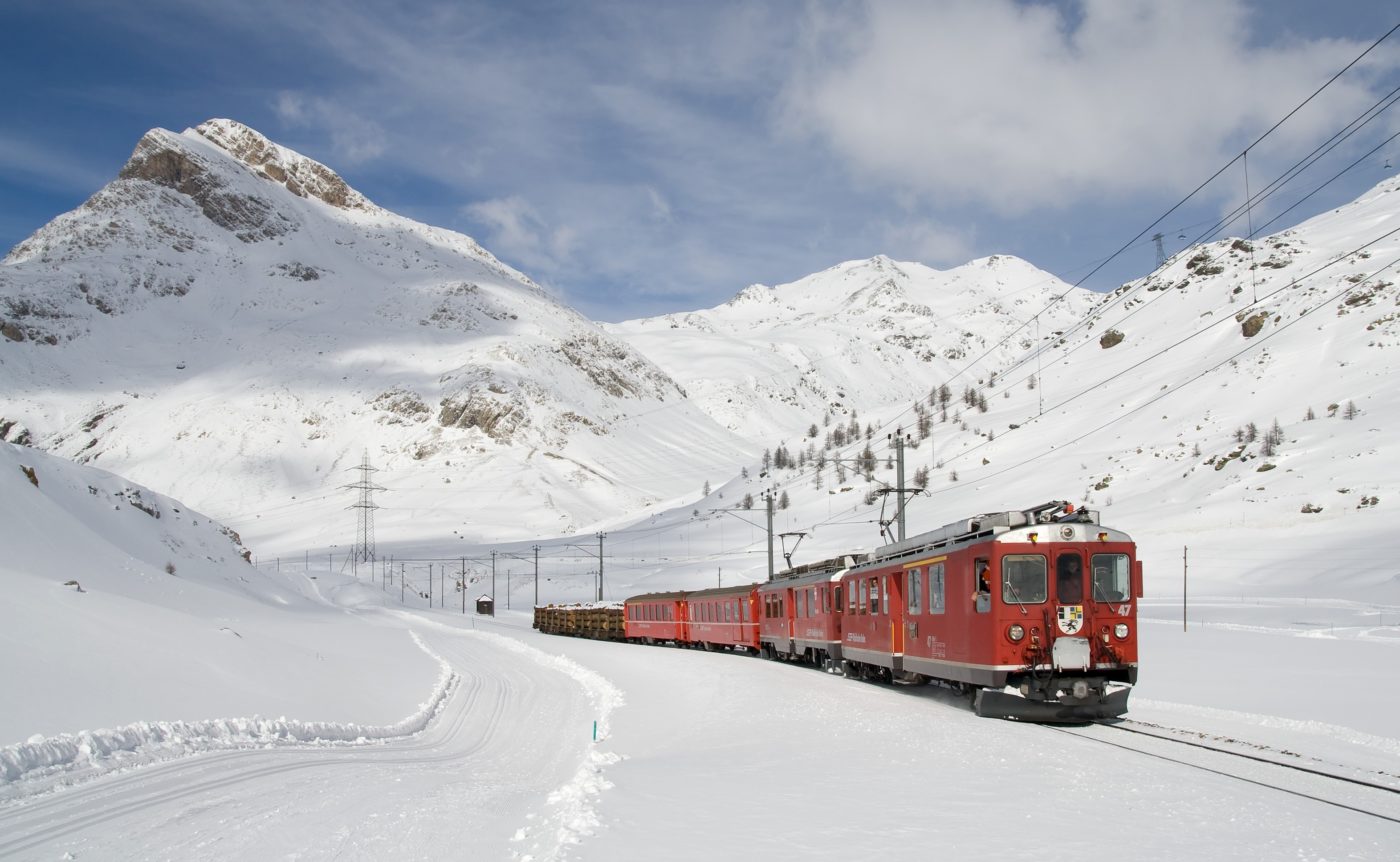 There are so many bests! Take a train run by Belmond for incomparable luxury, or go to Japan or France for incomparable speed, or go to Britain for sheer reliable access to the countryside (there’s still so much service, despite all the cuts). The worst? How about the train to Nashville, Tennessee, or Las Vegas, Nevada? They’re the worst… because they don’t exist anymore. The idea that large population centers in a developed nation wouldn’t be connected by train is an abhorrent one that we work every day to try to remedy.

Last Train to Paradise: Henry Flagler and the Spectacular Rise and Fall of the Railroad That Crossed an Ocean

An incredibly cool account of how innovation and vision can conquer many doubts…and surprisingly timely, given the rebirth of Flagler’s vision in the form of Brightline in Florida.

This is the modern era’s version of Fodor’s guides. Up-to-date and aimed at the modern traveler, I really loved this book. (And not just because they are helping us, a nonprofit, by contributing a share of proceeds to our cause…)

We talked about the way trains bring about cultural mixing and social interaction in a way that no other travel mode does. Theroux offers brilliant vignettes here about those kinds of wonderful and strange interactions that make trains magical, all from his own epic journey on Asian trains.