How often can you be totally transported back into time? A moment before life was this fast and that furious. A quiet juncture where ceremony had value, where tea time and cocktail hour wasn’t for Instagram purposes. An era of gentlemanly and gentlewomanly finesse. Flip-flops nowhere to be seen, dressing up was a statement worth making, and manners — oh those manners — were everything.

Well, you could fly a few hours to Madeira, a little, rocky Portuguese island just off the coast of Morocco, and stay at Reid’s Palace (now Belmond Reid’s Palace). A hop skip away from now-bustling Lisbon is where to come to be reminded of a distant value system the world has sadly shattered. The glam hotel, high up on blackish cliffs, bows gently, with its pink hue visible from the highest mountaintops here. Even the sailing boats sipping around the bays always have Reid’s in view. It is the first sign of a throwback wink — the audacity to build a pink palace on an island almost 130 years ago. 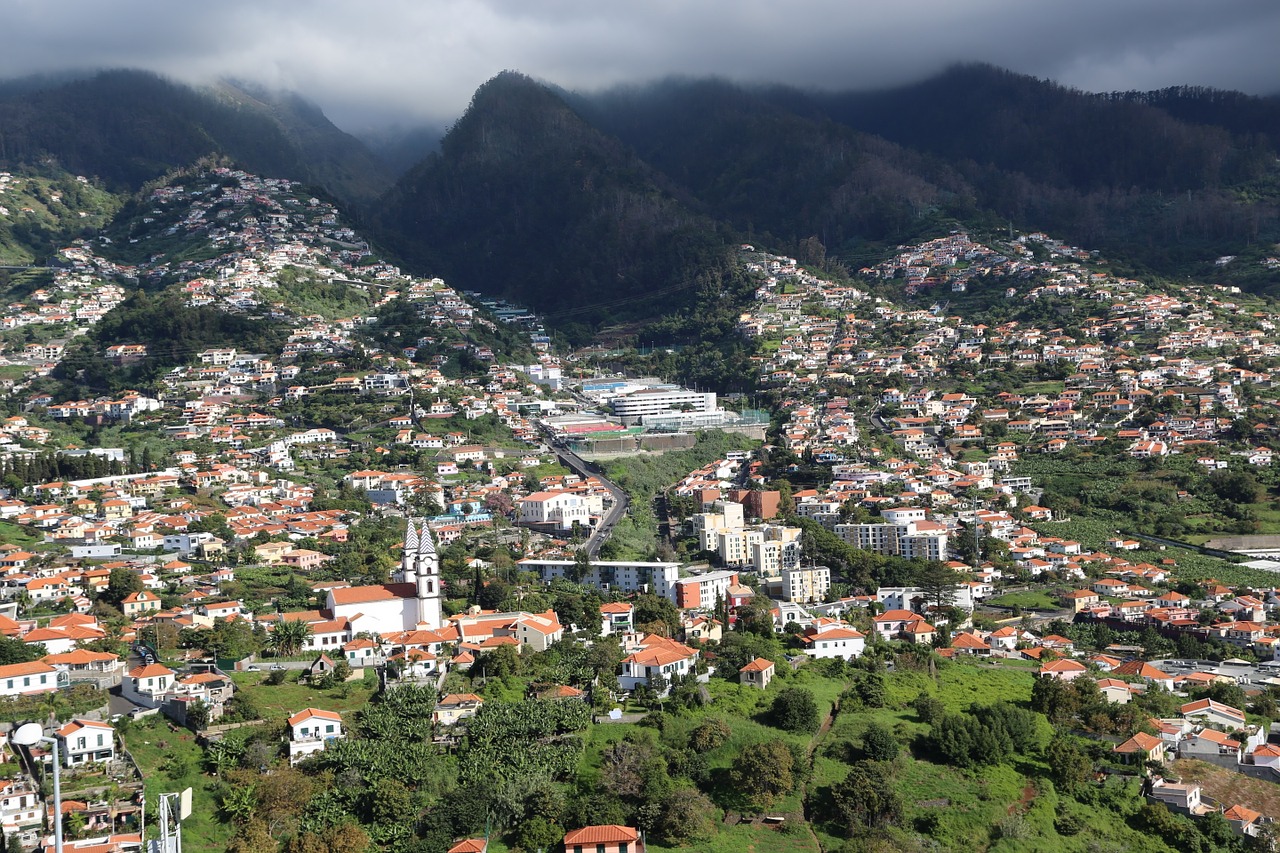 Who knew Madeira was home to so many Howard Johnsons….

So, of course, the hotel has modernity, in fact they now have electricity and running water. Progress some may say. And also Wi-Fi, a gym, a spa and a Michelin star chef, sure. But somehow none of that is what matters here. Yes, agree, you’ve required these things at other properties, and maybe even insisted on their very presence. At Reid’s, as the locals call it, you’re here for its grand manner, and manners and the old worldly respect for others. 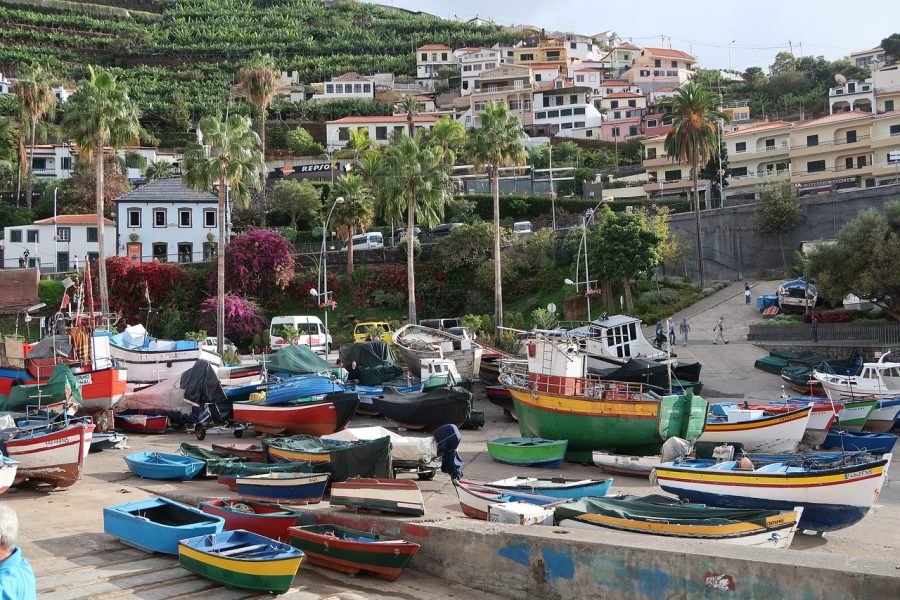 Nice dinghies! Come down from the mountains to go sailing

Don’t mistake any of this for stuffiness, or pretense. Because it’s quite the opposite. It’s the anti-Kardashian/Trump/Putin garish, elitist way. It’s a reminder that even in the darkest of times — hey, the hotel stood through two wars and defied the crush of social media — decorum always is the victor. 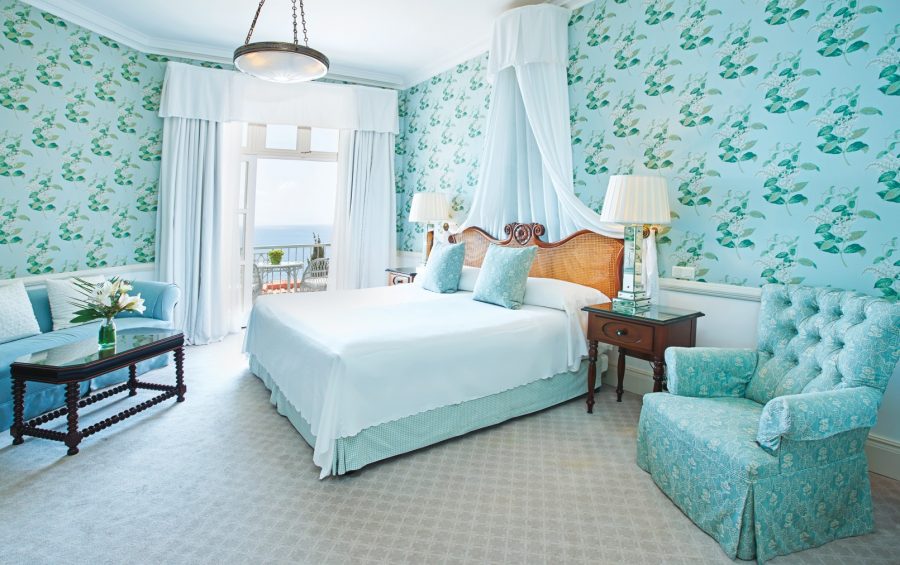 This must be the green room, a suite at Reid’s Palace

Dinner, a lavish affair under a cloudy frescoed ceiling sky, is snazzy. A jacket, a divine dress, and an appetite for twirling is proper. If the light hits the sky in the right moment, you’ll find Edith (name changed out of deference) at the dinner dance. At 98, she’s still the gem on the shiny sea of twirling. Edith has been a guest of Reid’s since she was born in 1920 — and my dream hotel guest. As we waltz, she recalls dinners with Winston Churchill in her 20s, and the romance of all things past.

Meeting someone like Edith is the very reason anyone should travel. There is an Edith at every old world hotel. She’s to be found at the card table in the games room. It is exactly there over a chop-chop game of bridge, where she not only shattered my card skills, but reminded me that if you don’t even bring your phone to game night, you’ll be in the moment without having to think about it too much. She’ll talk and you’ll actually want to listen, not wait to speak. She’ll remind you to make time for beauty, and laughter. She’s the original hostess to a good time — her wit will ensure it in every single hand.

In fact, she’s on first name basis with Britain’s most dizzying leader, “Oh, Winston, yes, Winston.” And so, Edith, now a guest at the hotel a few times a year when that English weather becomes unbearable, has her very own set of gorgeous white linen with hand embroidery simply waiting for her return. She no longer places any orders, every staff member knows exactly what she’ll have and when precisely to deliver it to her. Part of the furniture, you can only wish. 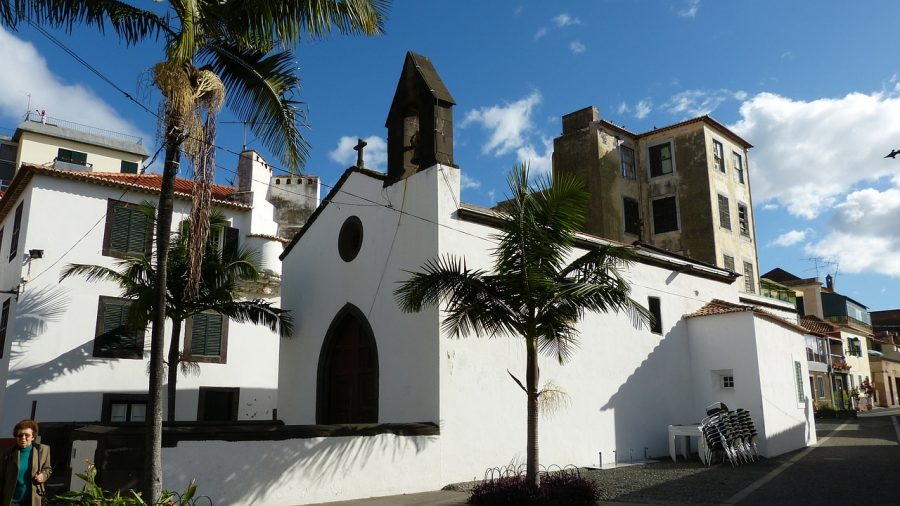 A church in Funchal, capital of Madeira

As Edith says, “I dress for both myself and the atmosphere.” And with that, Edith’s cup overfloweth offering just a peep into the bygones. The ocean was the company, with simply the quiet lull of afternoon teas served on the quiet veranda. And the mountains, silently covered with mist, was the entertainment. Days were unnamed and unnumbered, evenings all wobbling into one. Smoking wasn’t bad for anyone yet, and drinking before noon wasn’t even beheld. Problems were Atlantic Oceans away and attention spans stretched into eternal summers of loving.

Madeira, the hidden middle sister of Portugal, is home to many an Edith. This is where a literati British delightfulness came to elude Europe’s glitzy sets, and London’s pell-mell pace after all. Today Madeira holds exactly the same charm, beyond the afternoon tea and fancy silverware. Leave your technology, dress like you care and come waltz through the past so fair… 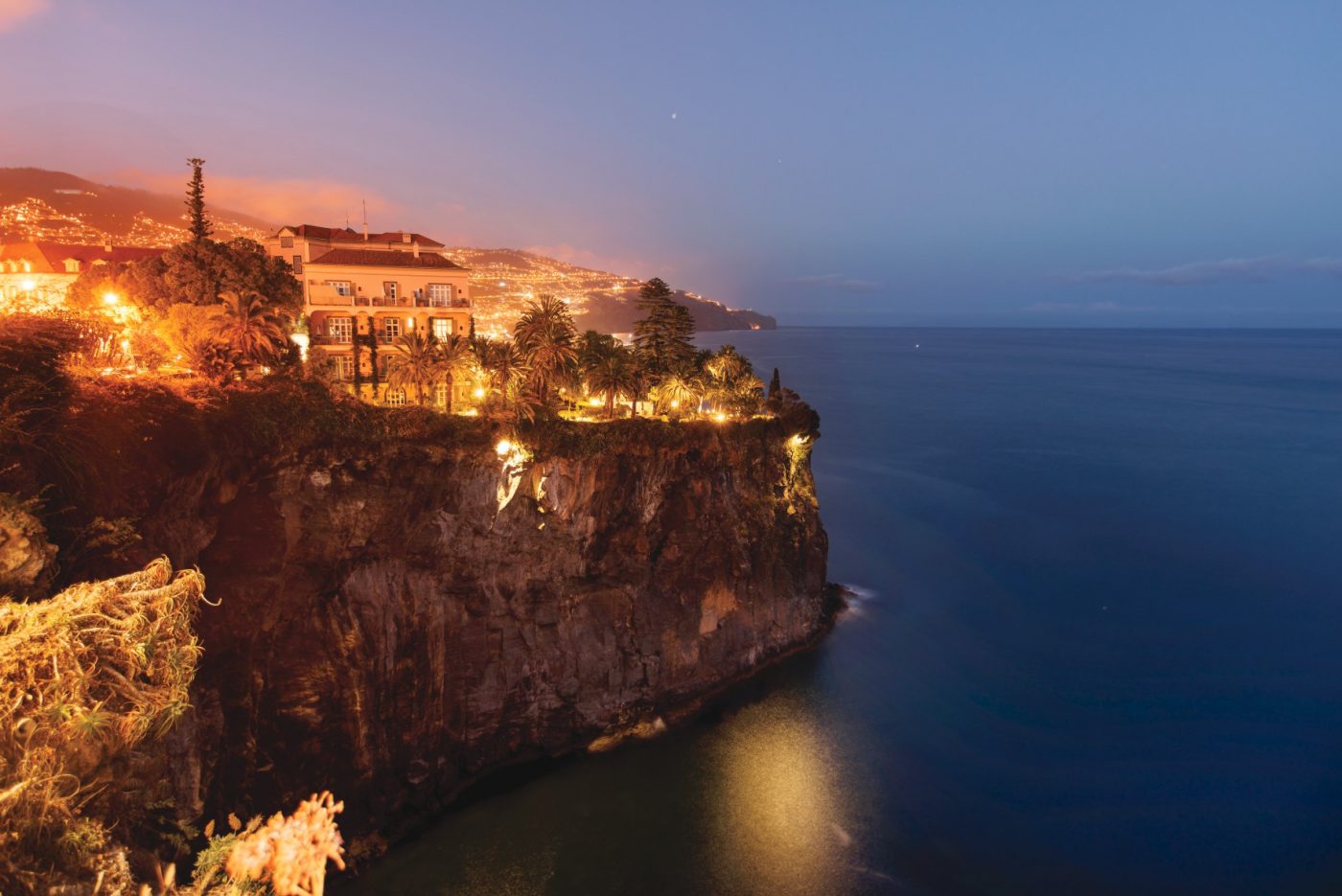