Nils Schabert is in charge of the drinks at the Rosewood Miramar Beach Hotel in the toney Montecito district of Santa Barbara — for the record, there’s nowhere that isn’t toney in Santa Barbara, but this area is self-declared as the American Riviera, so it’s next level toney. As Director of Bars, which sounds like some glorious English Royal title, Nils not only makes sure things run smoothly, he invents some of those things. He is an imaginative cocktail creator, and the Tsumiki is one of his favorites, and it’s prominent at the hotel’s AMA Omakase-style sushi bar, where, he says, he “celebrates the Japanese nuanced but unfussy approach to craft drinks.” 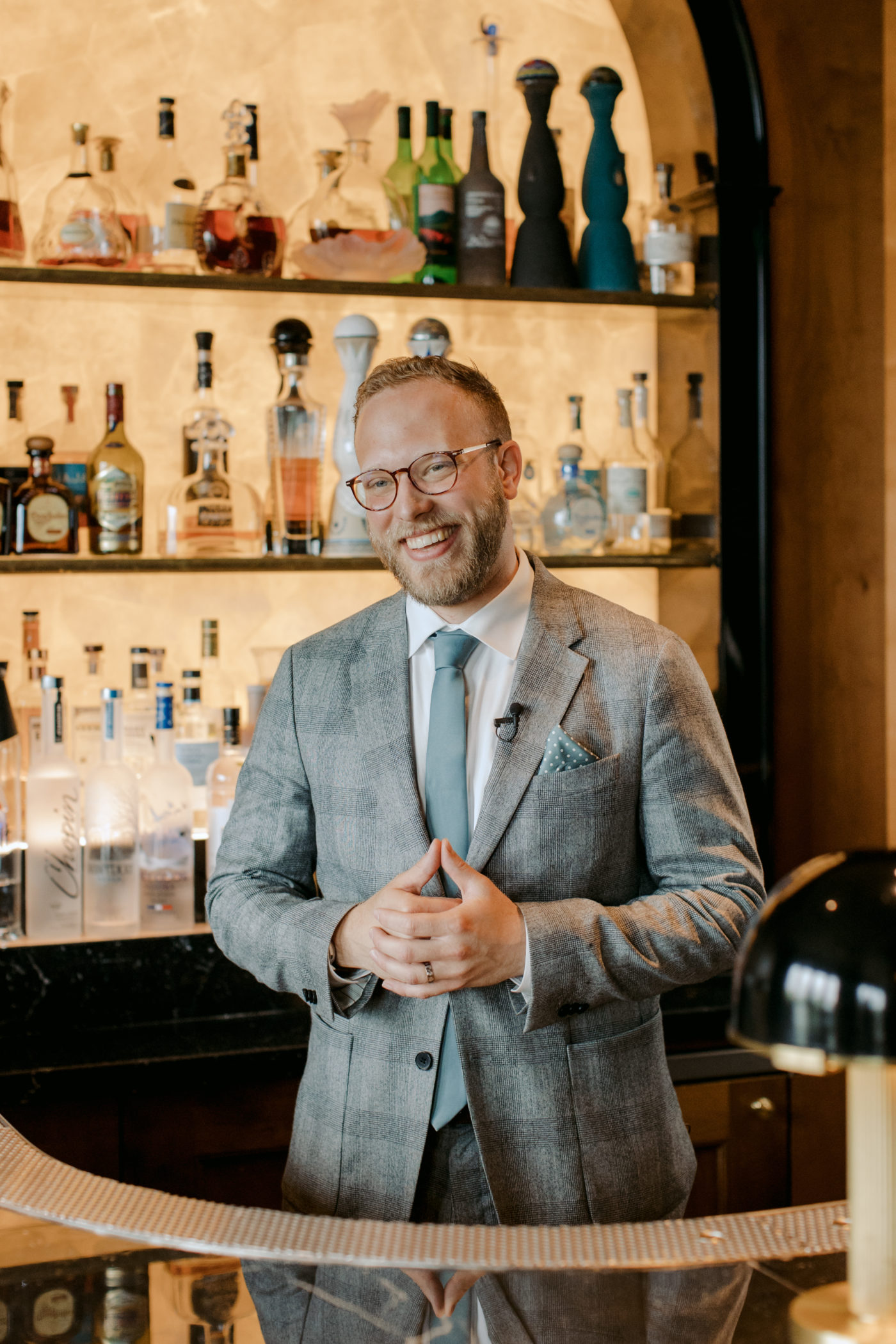 “There are a few things I love about this drink. First, it is not a twist on any classic cocktail and is purely created around its flavor profile. Tsukimi means ‘looking at the moon’ and is a Japanese custom of holding special moon-viewing parties, which dates back a thousand years,” he explains, rather poetically.

A stickler for detail and authenticity, Nils personally selected more than thirty different Japanese whiskies for the restaurant. Whisky is a big deal in Japan, in case you didn’t know, so this isn’t a pretension.

He also oversaw the creation of non-alcoholic drinks, so teetotalers don’t get left behind. One, the Kaizen, is “a carbonated cold brew genmaicha with pandan lime reduction and strawberry, with a citrusy popcorn aroma and aftertaste of roasted brown rice.”

I mean, that’s got to beat a ginger ale.

This drink represents the beauty and simple tranquility of looking at the moon (a feeling of awe and an honest calmness).

What makes it so good? Even though it is a low alcohol by volume cocktail, the flavors are strong and lasting with a smoothness in texture that makes you want to try it again and again.

Pour all ingredients together, except the Nori, into a mixing glass. Fill it to the top with ice and give it a quick stir. Strain into a ceramic cup over a King Cube [big ice cube] and place a pre-cut nori triangle on the cube.

One of the essential details to make the Tsukimi work is the way we prepare the coconut sake. First we carefully toast the coconut until it is evenly gold brown. After that we transfer the toasted coconut into a sous vide [under vacuum] bag with the sake, seal it and sous vide it for 8 hours at 130 F.

We pull the bag out of the water batch and transfer it into a fridge to let it cool down and let the coconut oils (which combine with the sake during the heating infusion) seperate from the sake. The bag stays in the fridge overnight and the next day we fine strain everything.

The Hanami Festival has been going on for centuries in Japan and is deeply meaningful. Here is how some of it was captured in the early years of photography 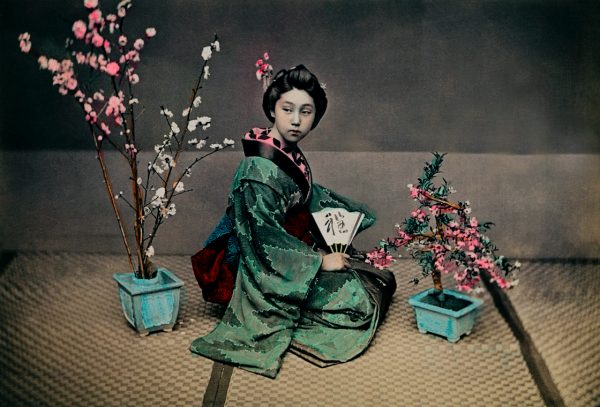 Japanese woman with flower vases, circa 1900-1920***Photo by Unidentified Author/Alinari via Getty Images***