In New York City revitalization and reinvention are a constant. Neighborhoods change names, local businesses come and go, industrial buildings become shitty loft apartments, and then very nice and expensive loft apartments, and then are bought by billionaires from Dubai who need space for the Kandinskys that won’t fit on their yachts. Such is the ebb and flow of the city, but underneath this constant transformation there’s an undeniable undercurrent of loss. The excitement and energy of renewal is tinged with sadness, and even a kind of mourning. Sadness that the newly built high-rises  are blocking the light into my bedroom and killing all the plants on my windowsill. Mourning for my once quiet local coffee shop where I now find myself sitting next to two women who are being violently loud while editing Instagram photos (an activity that, I was fascinated to learn requires a lot of yelling). This opposition, between excited anticipation and melancholy nostalgia, is one of many paradoxes that characterize New York City.

Nowhere is this paradox more apparent than at New York’s newest neighborhood, Hudson Yards. Nestled on the Hudson between the Jacob Javits Center and tip of The High Line, Hudson Yards is the city’s largest ever private real estate development boasting over 26 acres of residential and commercial space. The site is still under construction (phase one opened March 15th), but nevertheless the vision is crystal clear: a utopian tangle of steel and glass, high-rises soaring skyward, restaurants helmed by celebrity chefs and the type of stores only patronized by people with metal credit cards. All of it hurtling towards the future with optimistic abandon. A scale model of Dubai on the Hudson. 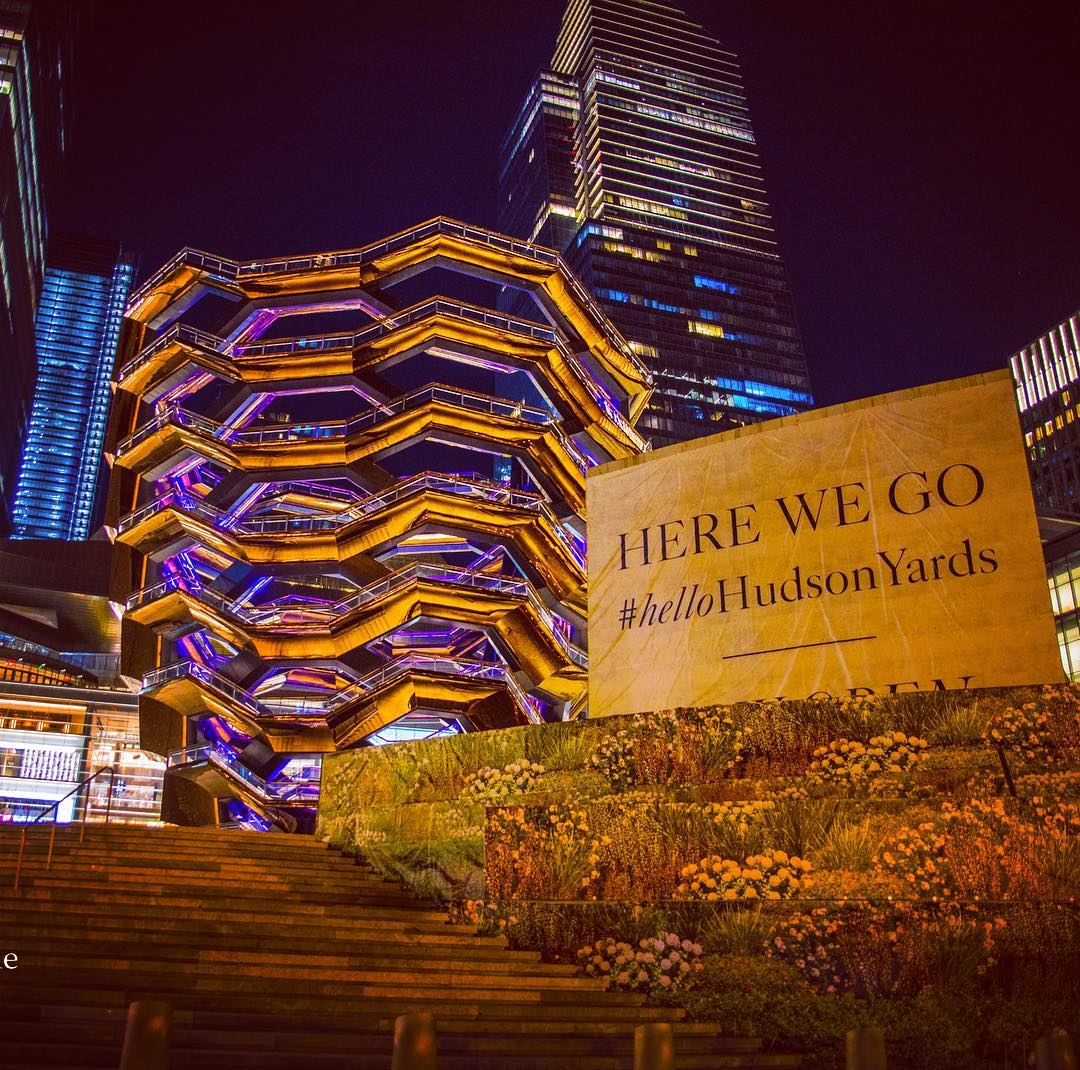 Will they have you at Hello?

Hudson Yards is the result of a collaboration of “a talented group of visionaries”, apparently, and yet much of the planned projects doesn’t seem to add up. Plans for 100 retail sites are puzzling in light of the sharp downward trend in brick and mortar retail spending. Why invest so heavily in new retail space when the industry is so fraught? Despite buzzwords like “cutting edge” and “unprecedented” the thinking behind Hudson Yards is decidedly inside the box: spend a fortune constructing luxury apartments, make the buildings look like phallic spaceships so wealthy people will want to move in, force residents to walk by high-end retail every time they leave their apartments so that they spend money. We’ve seen the formula countless times. But Hudson Yards, they tell us, will be different. Not only living and shopping spaces, but expansive corporate offices, even a school — residents won’t ever have to leave. Hudson Yards will be a gleamingly clean respite from the dirt and noise of the city. But if you don’t want the dirt and the noise then why live here? Move to LA like the rest of the quitters. 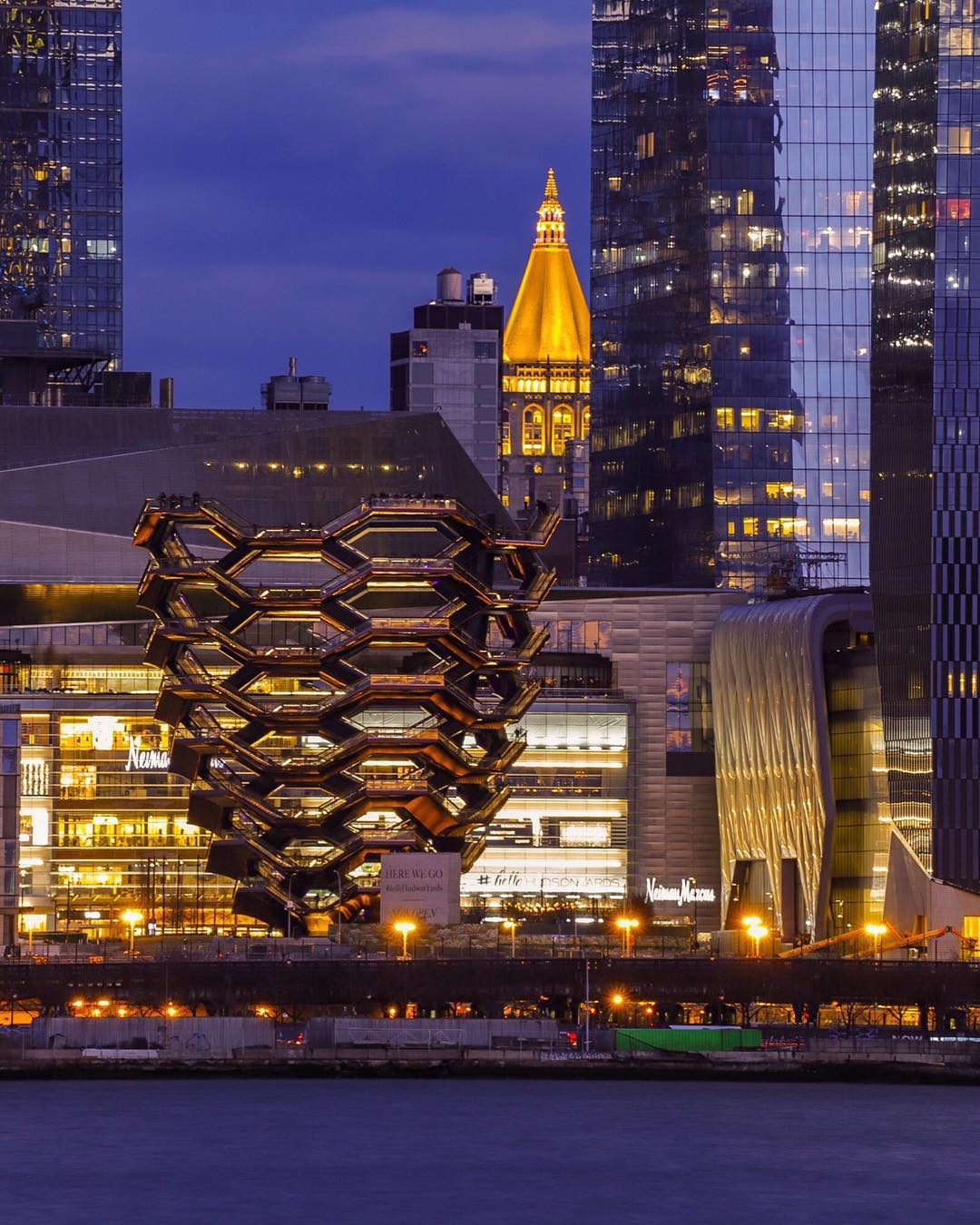 The view from New Jersey is spectacular… 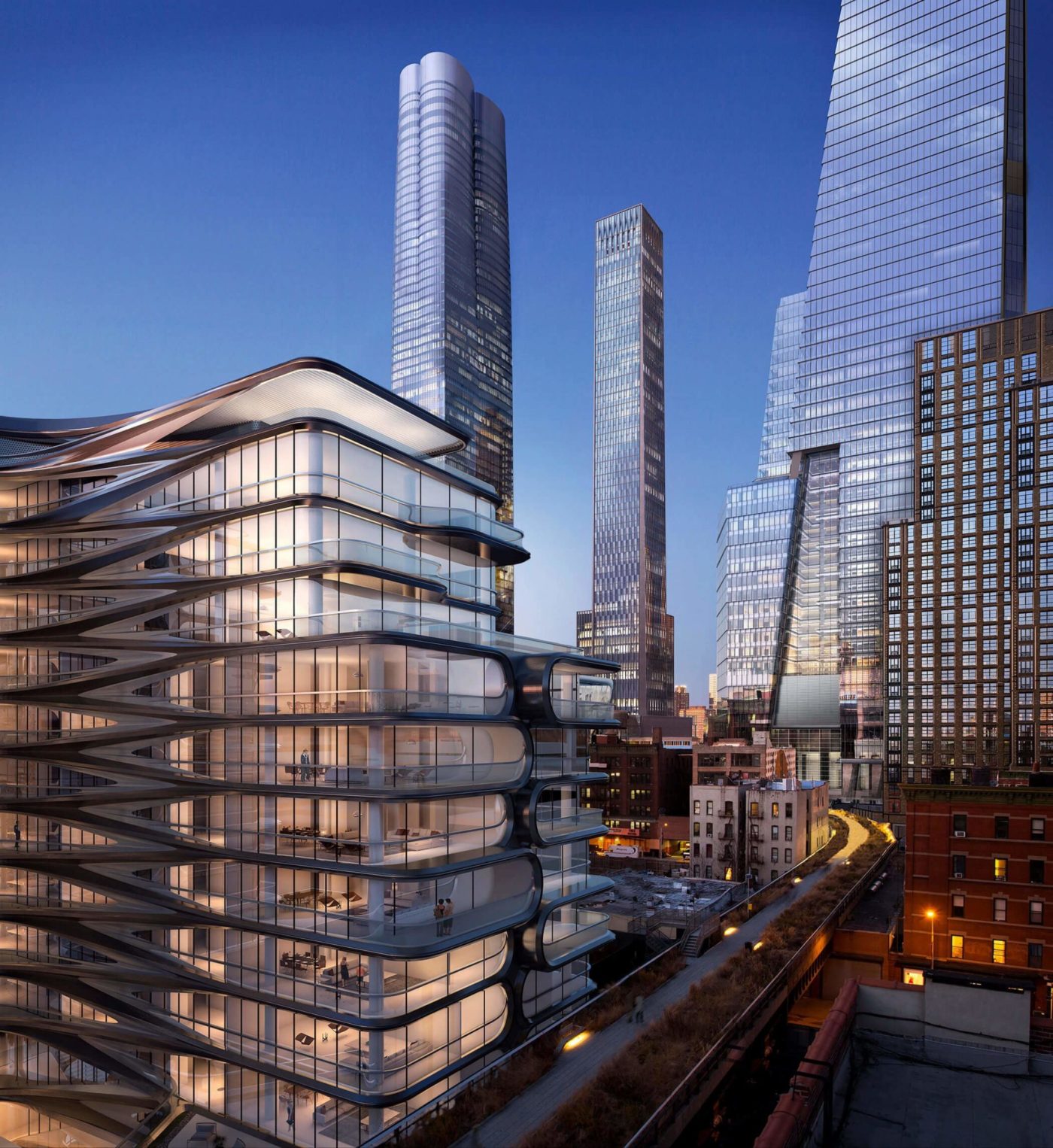 View of Hudson Yards and 520 West 28th, north from the High Line

The inclusion of so much public space also tugs at the paradoxical. Not only are parks and promenades included in the plans for Hudson Yards, they’re a main feature of the site. 3 parks and 14 acres of space to roam, built for the residents of Hudson Yards and the rest of us commoners alike  — “the living room of the West Side” is what they’re calling it. An act of goodwill by the developers, a gift back to the city that bent over backwards to rezone the area on which Hudson Yards now sits. Maybe. But how public can a park be if built on privately-owned property? Who exactly are these parks, boxed in by penthouses, Neiman Marcus and BlackRock HQ, built for? If developers intended to build an oasis why invite the unwashed masses in? The parks at Hudson Yards seem to be yet another revenue center, and if that’s the case then they are hardly public.

In writing this I find myself wondering why exactly I feel so resistant to a real estate development built miles away from where I live that will have no immediate effect on me. Is it because I, and everyone I know, will never be able to afford living there? Kind of. It would be nice to have a penthouse with river views with a gym and a pool and all the other amenities packaged into the Hudson Yards buildings. But more than that, I find it disheartening to know that Hudson Yards is the latest effort in a trend of buildings and developments that seem to reject the city in which they’re built. Hudson Yards is meant to be an oasis, completely self-contained, but instead feels more like a hermetically sealed bubble (even the trees need a complex subterranean cooling system to stay alive). Related Companies, the firm behind Hudson Yards, has  built a community free from the clutter and detritus that give New York its unique spirit. 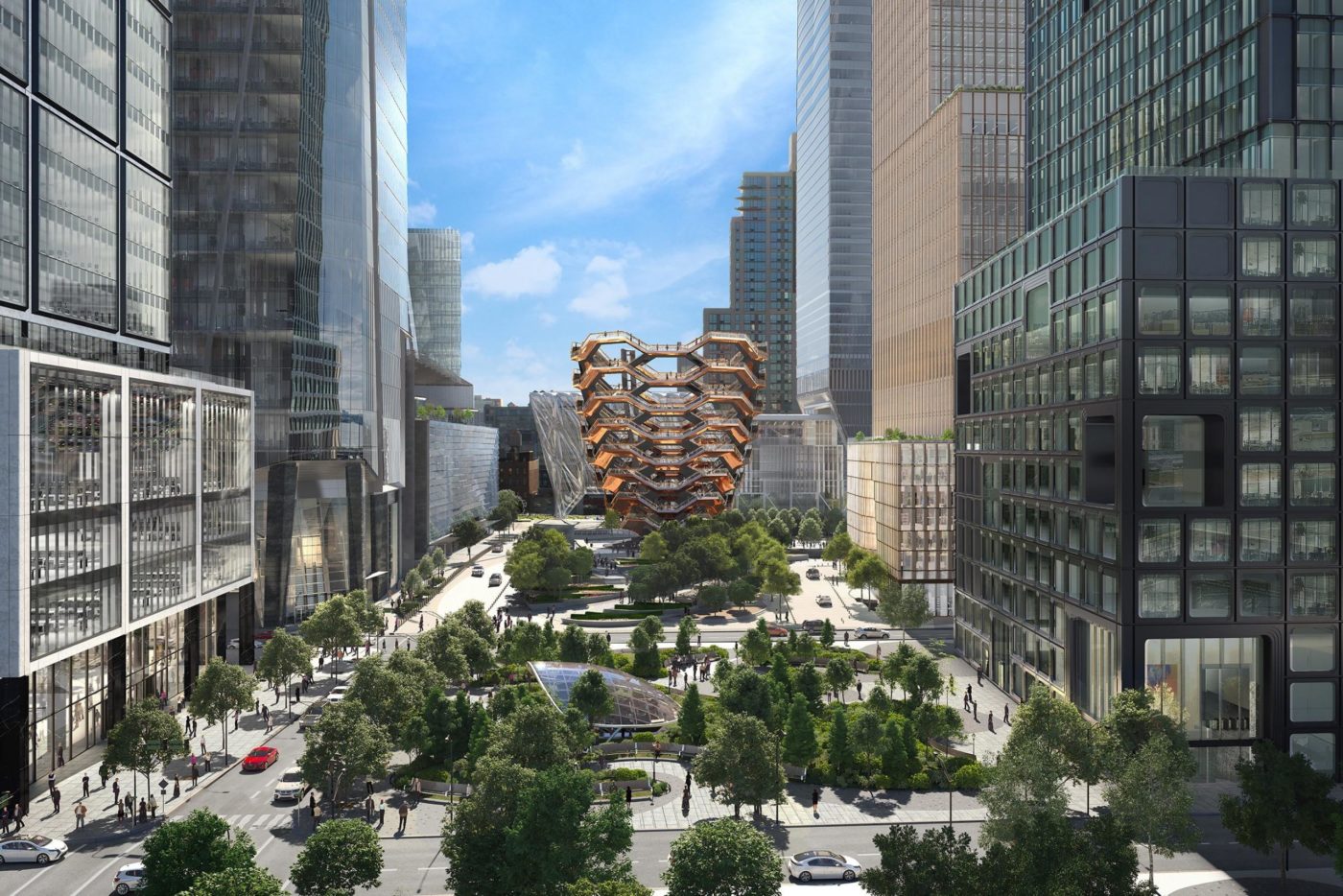 Climb to the top for a view of… trees

The centerpiece of Hudson Yards is a piece of public art called Vessel. The structure, built by Thomas Heatherwick, is made up of 16 stories of interconnected staircases, and is often described as honeycomb-like. Like all large scale public art pieces, Vessel is meant to be a tourist draw, and, hopefully, interact with its surroundings in a meaningful way, but maybe it will function best as an analogy for Hudson Yards itself. Why build it? Because we can. What will it add to the city? Just what every New Yorker wants: more stairs. And, when you get to the top, what else is there to do except look back down at where you’ve come from?