Mauricio Sulaiman is President of the World Boxing Council, the largest and most significant of the approximately 4,658 world boxing sanctioning associations. (That number may be slightly inflated, but there are a lot of them…) He succeeded his father, Jose, who ran the organization from 1975 until his death at 82, in 2014. Between them, the Sulaimans have for decades superbly negotiated the tricky and often treacherous waters of one of our most brutal and at the same time primal and beloved sports.

Mauricio, who has traveled most of the world, recently oversaw the 57th WBC Convention in Cancun, Mexico, the country of his birth (the family have Lebanese roots). Delegates from 166 member countries and more than 40 current and former world champions attended (we interviewed one of those, Vitali Klitschko, when the 56th convention was held in Kiev last year, where Klitschko is Mayor.) It’s funny to think of a boxing convention (at least my feeble mind thinks it’s funny, to be clear…) but actually there were a number of serious issues under review, principally to do with improving the competitors’ health and ring-readiness, and how referees can do a better job, mostly in the split-second decision making that can determine, quite literally, life and death. 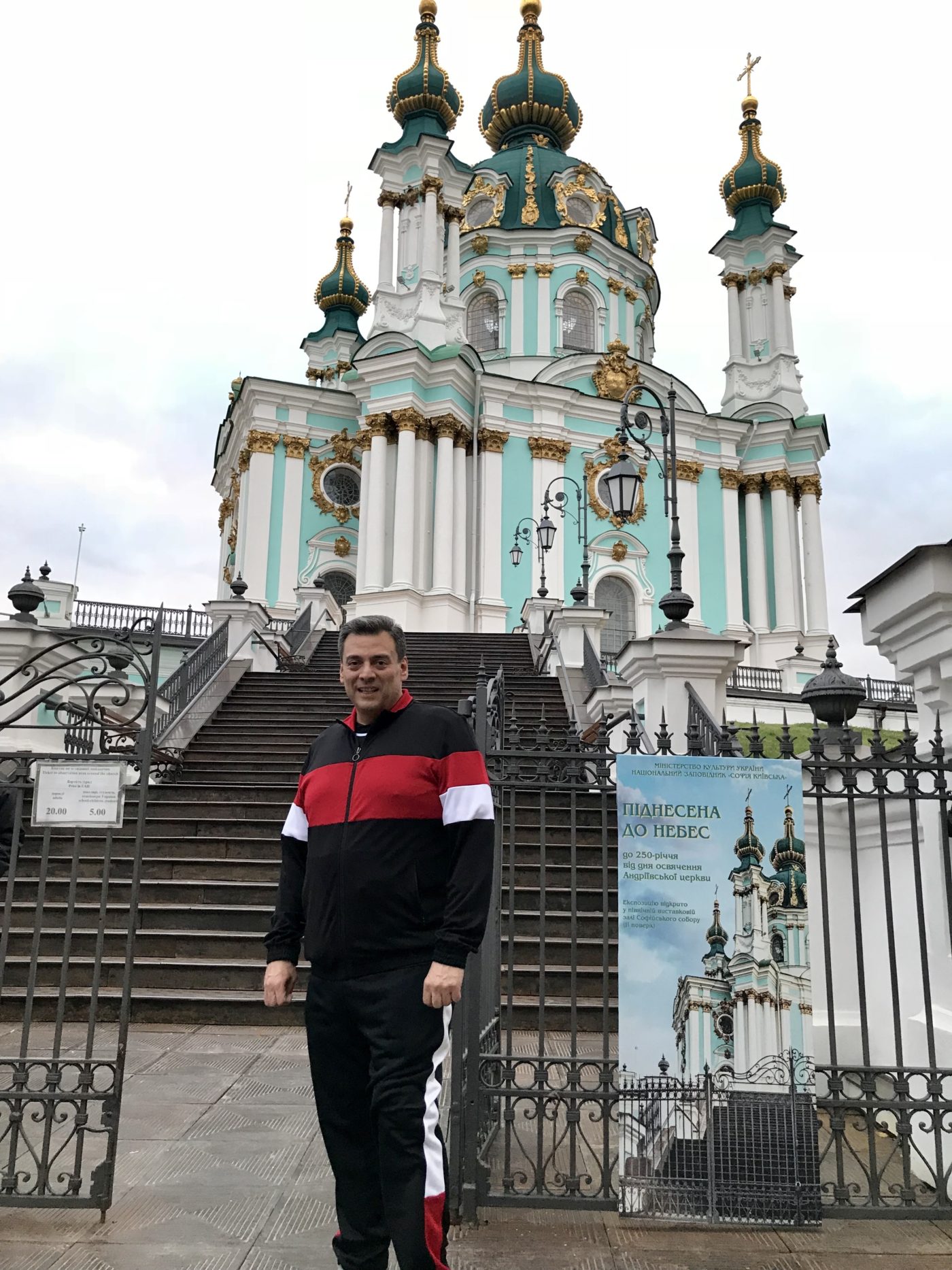 How did a nice guy like you wind up in a place like the murky world of boxing?

My father grew up in a small town in southern Mexico, Ciudad Valles. His best friends were boxers and one day when they were fighting at the local arena, my dad showed up and as he tried to enter, he was told to pay for the ticket. No money, so the guard says, if you want in, then you can participate in the “appetizer fights”. He went in, they pulled out this shirt, put boxing gloves on and pushed him into the ring… There he was standing in front of another kid who had not done anything to him. Bell rings and that’s how the Sulaiman’s started in boxing. My dad used to tell us that he believed he lost the fight, but certainly beat the other kid in picking up the coins the fans threw into the ring because he took off his gloves and the other kid didn’t.

Since that day my father dedicated his life to boxing. From boxer, referee, ring announcer, go-to-boy for the commission, commissioner, and finally president of The WBC. I was born into boxing.

Muhammad Ali and Don King used to drop by your house when you were growing up. Did you realize that wasn’t everybody’s life?

I must have been 3 or 4 years old. I heard the strangest noise so I rushed the stairs to find 2 huge men of color standing in our living room with my father, it was Don King and Muhammad Ali, such noise was Don King’s laughter. My father always held meetings and meals at home, he always opened our house to his guests, my mother is the greatest host and it was our tradition to show our hospitality.

Every single day we would find either Ali, or the poorest boxer that anyone can imagine in our home. Sugar Ray Leonard, Chavez, Duran, Foreman, Bob Arum, de la Hoya. My father even housed many amateur fighters for months at a time.

What country produces the most natural boxers? When I was a kid, it seemed to be Cuba, for no one knows why….

Any country with poverty and social inequality. Boxers come from the poorest of beds and it is our sport that provides a way out, a friendly hand that takes them out of the streets and shapes them to be better human beings. Mexico is a natural boxing paradise. It has to do with the brave mentality, the pride and honor. To survive in the streets you must be strong and that carries into the ring.

There is not one country, but to name a few: USA, England, Japan, Philippines and the old Russian bloc countries have tremendous power in the world of boxing. 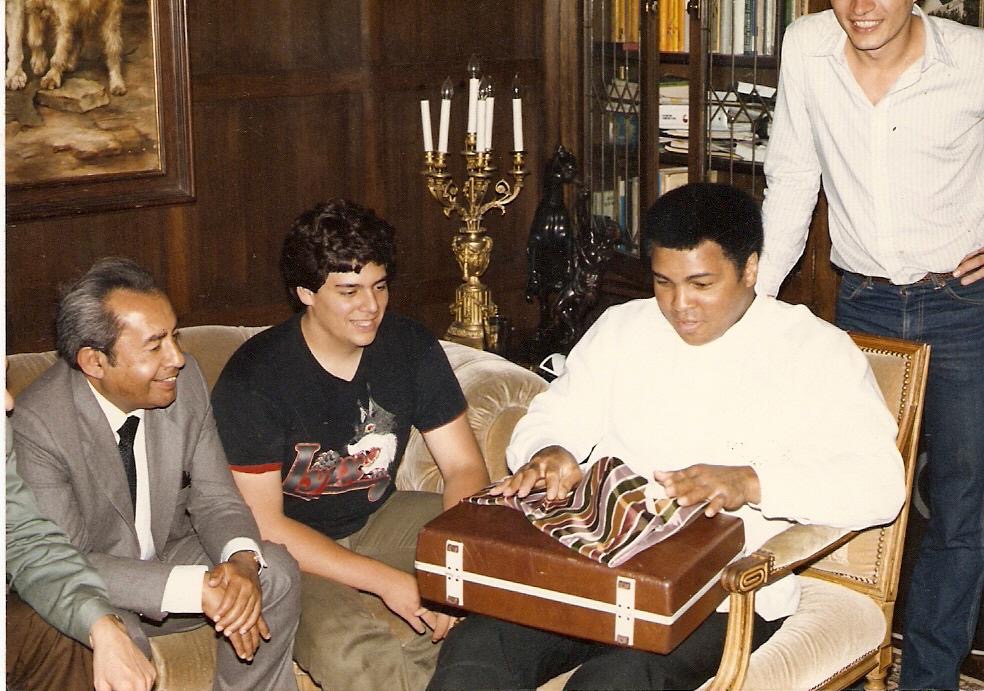 House guests: Ali, a regular visitor to the Sulaiman home, does magic tricks for Jose and Mauricio at his Bel Air Mansion

We did this interview the day after Patrick Day died from injuries suffered in the ring. Why have there been more ring fatalities in the last couple of years, and what can/should be done to mitigate them?

Boxing is a contact sport and as in any sport there are risks. Boxing is way down on the list of sports with fatalities. Boxing under the leadership of The WBC, with collaboration with many boxing jurisdictions and federations, has changed so many rules to make it safer. Reduced championship fights from 15 to 12 rounds, mandatory yearly medical examinations, pre- and post-fight examinations, mandatory anti-doping testing after the fights, random out-of-competition anti-doping testing, changing the day of the official weigh-in to one day before the fight, and many more.

The priority of today, after the recent fatalities in the past 2 years is concentrating on weight management of fighters, dehydration and proper hydration, sleep disorders, and other specific items. The great concern is also to monitor what happens in the gym and the private life of fighters , the accountability for managers, trainers and their team members. The mismatches that need to be prevented, and the referees mechanics, and stronger action against rabbit punches and other fouls .

There is much to be done, one accident is enough to go back to the drawing board and continue to find ways to prevent and lower the risks of the sport as much as possible.

Where was your favorite location that you saw a fight?

Since I live in Mexico the Arena Coliseo has been always my favorite place. The atmosphere that such a funnel-like arena creates is difficult to recreate somewhere else.

The one fight that I will always remember is the Aztec Stadium, Mexico City, when Julio Cesar Chavez fought Greg Haugen in a sell out, a Guiness world record 136,642 thousand spectators.

There are great sites for boxing, Madison Square Garden and The Los Angeles Forum, the Korakuen Hall in Tokyo. And the fights in England have always special atmosphere as British fans are the best in the world for boxing.

What was the best fight you ever saw? And who was the greatest fighter?

This is difficult. Mike Tyson conquering The WBC heavyweight championship at the age of 20 was magical. Julio Cesar Chavez knocking out Meldrick Taylor in the last 2 seconds of the fight was amazing. Sugar Ray Leonard avenging his defeat against Duran at the New Orleans Superdome was also incredible .

All fighters are great. Amateur, beginners or world champions, they are all great and all deserve the recognition for their courage to go into the ring. My first hero as a kid was Jose Mantequilla Napoles, then came Carlos Zarate and Sugar Ray Leonard.

You’ve been to all of your member countries, which doesn’t leave a lot left you’ve missed! Of those, where do you most want to go? 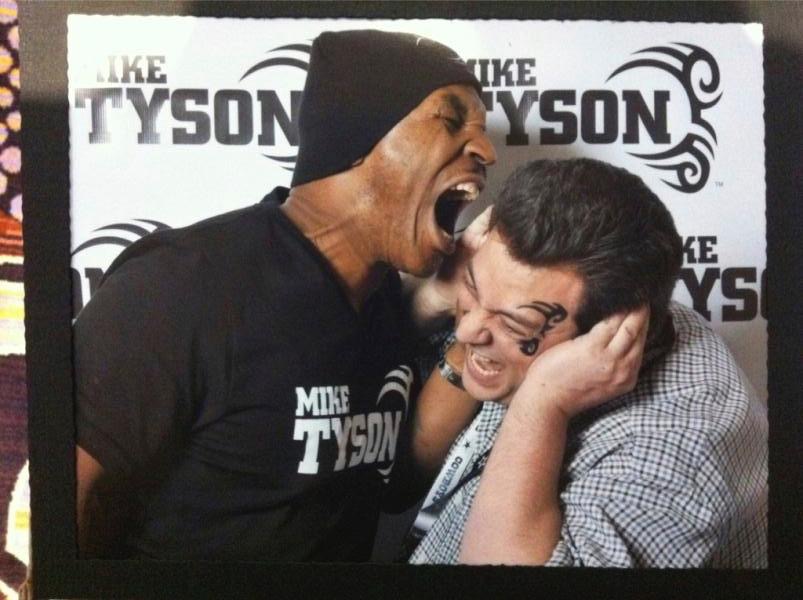 What was the best travel experience you ever had? Who makes the best food in the world?

Japan is the best place to be. The hospitality and honorability. Everything is in order and by the book, if you think of something, before you know it, it is done and in spectacular fashion.

Every trip is an experience. One day you can be at the most luxurious suite eating lobster and drinking champagne, next trip you are in a low class motel with street food and a small boxing show. So it is important to cherish and appreciate everything regardless of quality or quantity.

And my mother, Martha Sulaiman Saldivar, makes the best food!

A lot of people don’t know how much charity and community building you and the boxers do? Where has the WBC had the most positive impact?

All over the world. Our WBC Cares program is so gratifying as we go to children’s hospitals, shelters, orphanages, jails and many other places. Our boxers visit and bring hope and a great message to fight against adversity. To see the smiles and faces of hope as we leave is undescribable.

The Jose Sulaiman Boxers Fund is also our way to take care of our own. Any boxer in hardship can apply and receive aid and we are proud to support many from around the world.

What in all your travels has given you the most hope, and where the most sadness?

I visited Pakistan and started a process to develop boxing in that country and that area of the world. We had a training session and to see the incredible talent that those kids had was special. I know Pakistan will develop a great boxing program in the coming years.

I visited, on the same trip, a children’s hospital, and there were so many kids in great need of attention. That was heartbreaking.