How strange is it that only one city in the world is known for being a car-less ferry way of boats and canals? Venice, we’re talking about you! But in Giethoorn in the Netherlands, there are no cars and everyone navigates by boat through a series of canals. Only 90 minutes outside of Amsterdam, this town is certainly worth the float through as it offers an entirely unique experience from Venice’s Italian style. This is a canal town of thatched roofs and tulips. But this is not the only difference. Giethoorn is vastly uncommercialized compared to the traditional, pre-Covid hustle and bustle of Venice.

With only a few museums this town is for exploring by boat and taking in the silence and tranquil nature of the Dutch countryside.

Lisbon is so last year, so take a short train ride — about an hour — to the edge of an estuary between the mountains and the Atlantic Ocean on the Portuguese Riviera to the town of Cascais.

Historically, a charming Portuguese fishing village from around the 12th century until the 1870s when King Luís I of Portugal proclaimed Cascais to be his favorite royal summer retreat. Following his endorsement, the high society of 19th century Europe flocked there, turning it into a venue of European nobility, and so Cascais became known as “the town of kings and fishes.”

The influx of money and political power helped fund the construction of grand residences, lavish entertainment venues and fine parks, and you can still feel the prosperous and sophisticated atmosphere within the cobbled streets, ornate 19th-century mansions, lavish villas, fascinating museums, art galleries, Roman ruins, and the imposing fort, where you can now stay, in its boutique hotel. The Casino Estoril, which inspired Ian Fleming’s first James Bond novel Casino Royale, is still one of the largest working casinos in Europe.

Around Cascais are hiking and biking trails through the dramatic scenery of the Parque Natural de Sintra-Cascais, and there are large golden beaches with calm clear water making it an ideal sea destination for families with young children.

The marina that opened in 1999 has hosted events such as the rather geographically generously named The America’s Cup, so still the trend of high society remains, and with great weather and lots to do, this small town still attracts a diverse range of people. 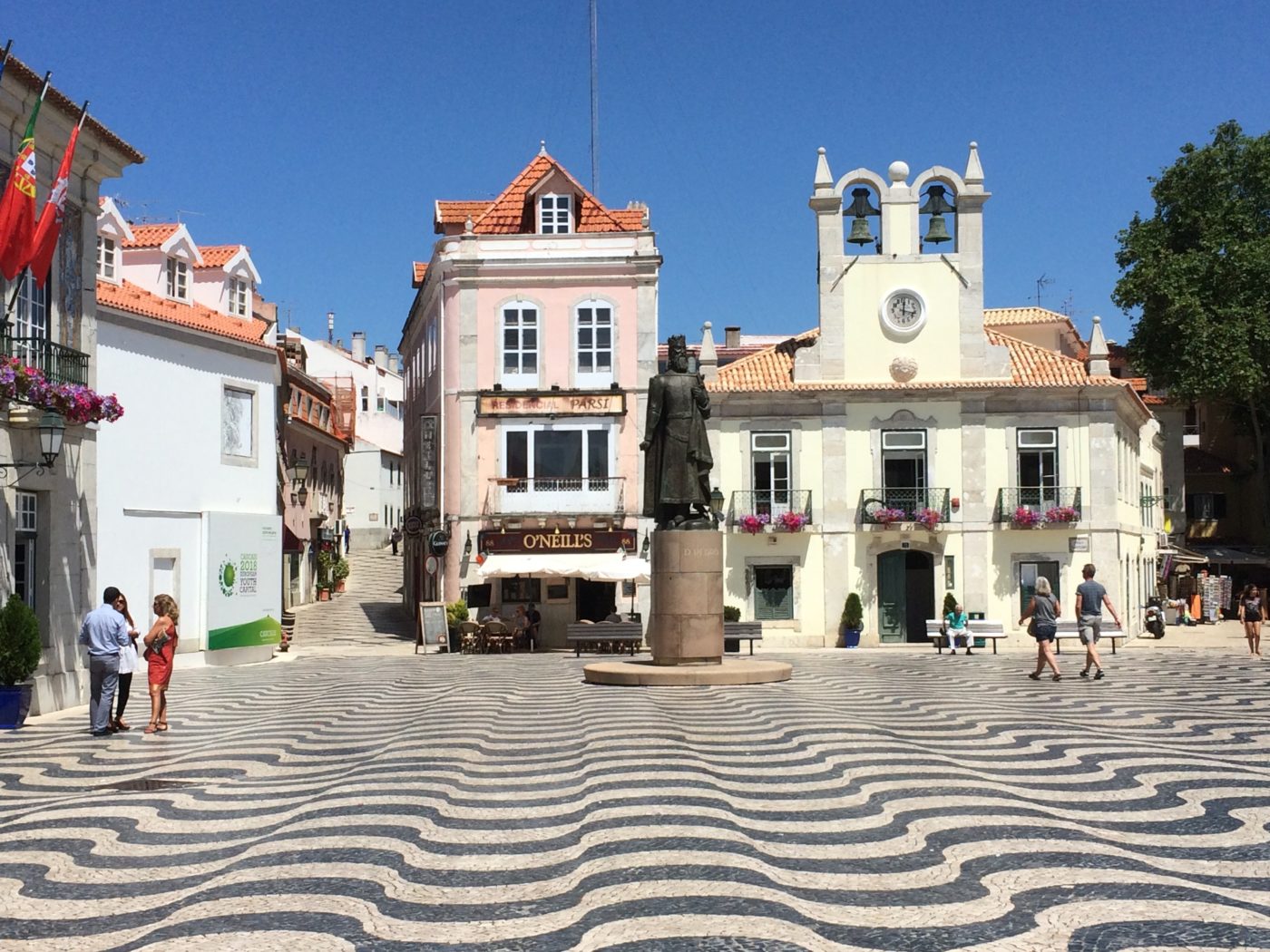 Billed as “the most luxurious cruise ship in the world,” Regent’s new $450 million Seven Seas Splendor is indeed the pinnacle of luxury cruise travel. The 750-passenger vessel features marble floors, crystal chandeliers, an infinity plunge pool, a constellation theater, a putting green and a $5 million art collection featuring work from Pablo Picasso, Joan Miró, Roberto Matta and more. Sort of like Jeff Bezos’s home, if it floated out to sea. Passengers eat in a variety of world-class restaurants serving everything from Malaysian short rib curry to pan-seared foie gras on Versace plates. Or can choose to cook their own meal in the ship’s culinary school, which offers destination-matching classes, such as “Treasures of the Aegean” and “A French Love Affair,” by which we are pretty sure they mean French food.

Unlike most cruises, every cabin is desirable: all 375 of them are super sweet suites with ocean views and private balconies. Those of you looking for a real splurge can book the Regent Suite. It costs $11,000 a night and at 4,443 square feet, it’s the largest stateroom on a cruise ship ever. It features two bedrooms, three walk-in closets, a private solarium (because public ones are so passé), two Pablo Picasso lithographs (no, you can’t take them) and unlimited Canyon Ranch spa treatments (I mean, look, there must be a limit really, because you are only on the boat so many days, and how many can you do in a day?). Itineraries include the Caribbean, the French Riviera, the Greek Islands, the United Kingdom and the Iberia Peninsula. And the coast of Pirate infested Somalia. Hahaha! We’re kidding about Somalia. 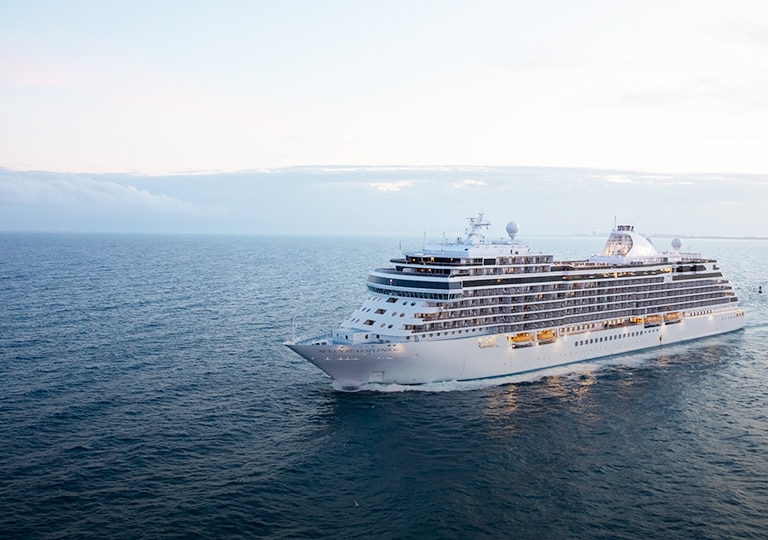 What happens to the Picassos if the ship starts sinking?

Initially built as an American listening station to intercept Soviet communications during the Cold War, the Teufelsberg tower is now a hub of Berlin’s punk street art scene. The ruins of this tower have become a graffiti destination, and the interior is covered floor-to-ceiling with graffiti and murals. Visitors can climb up the dilapidated tower, viewing the incredible display of graffiti on each floor. The top of the tower offers unique views of the city. Located on the outskirts of Berlin, the tower is accessed via an hour-long hike. It is an eerie yet fascinating destination. 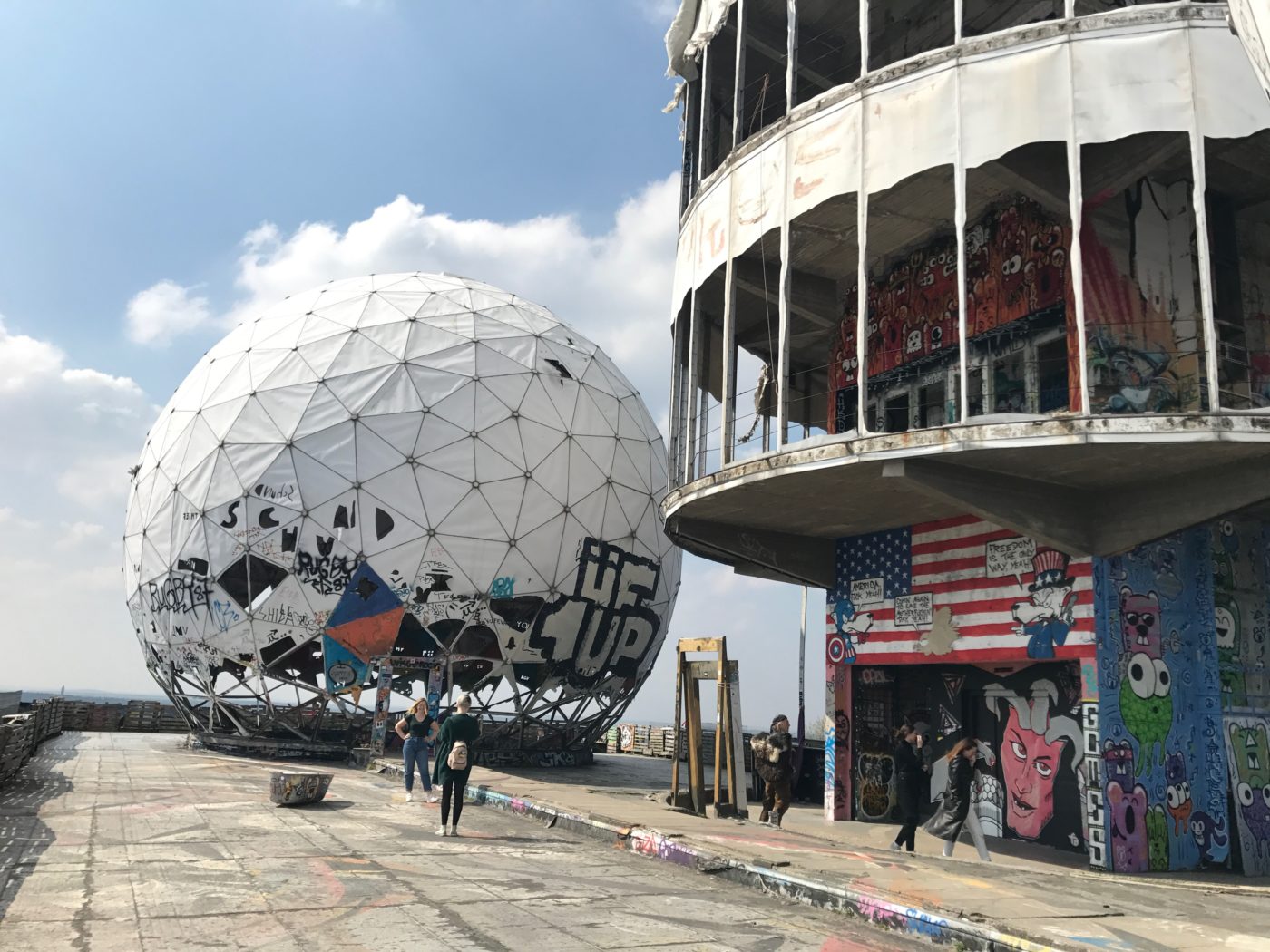 Not exactly the most discreet spy station

Have you ever indulged in the fantasy of just dropping everything in your life, buying a little land in Italy and becoming a farmer? You develop a deep tan, begin producing your own wines, walk a couple of miles into town to buy fresh bread and chat with the locals, your only concern being the lack of rain. We can’t be the only ones, right? Well, minus a major transformation and years of Italian language courses, that will remain a fantasy, but this farm stay is the next best thing. Book a loft-style cabin, or a private apartment on this 60-acre plot of traditional Sicilian farmland, and enjoy all the benefits of nutritious locally sourced meals, and the Mediterranean sun. At night, indulge in a glass or two of wine by the pool, and the next morning join a yoga class or running group. The perfect way to reset. 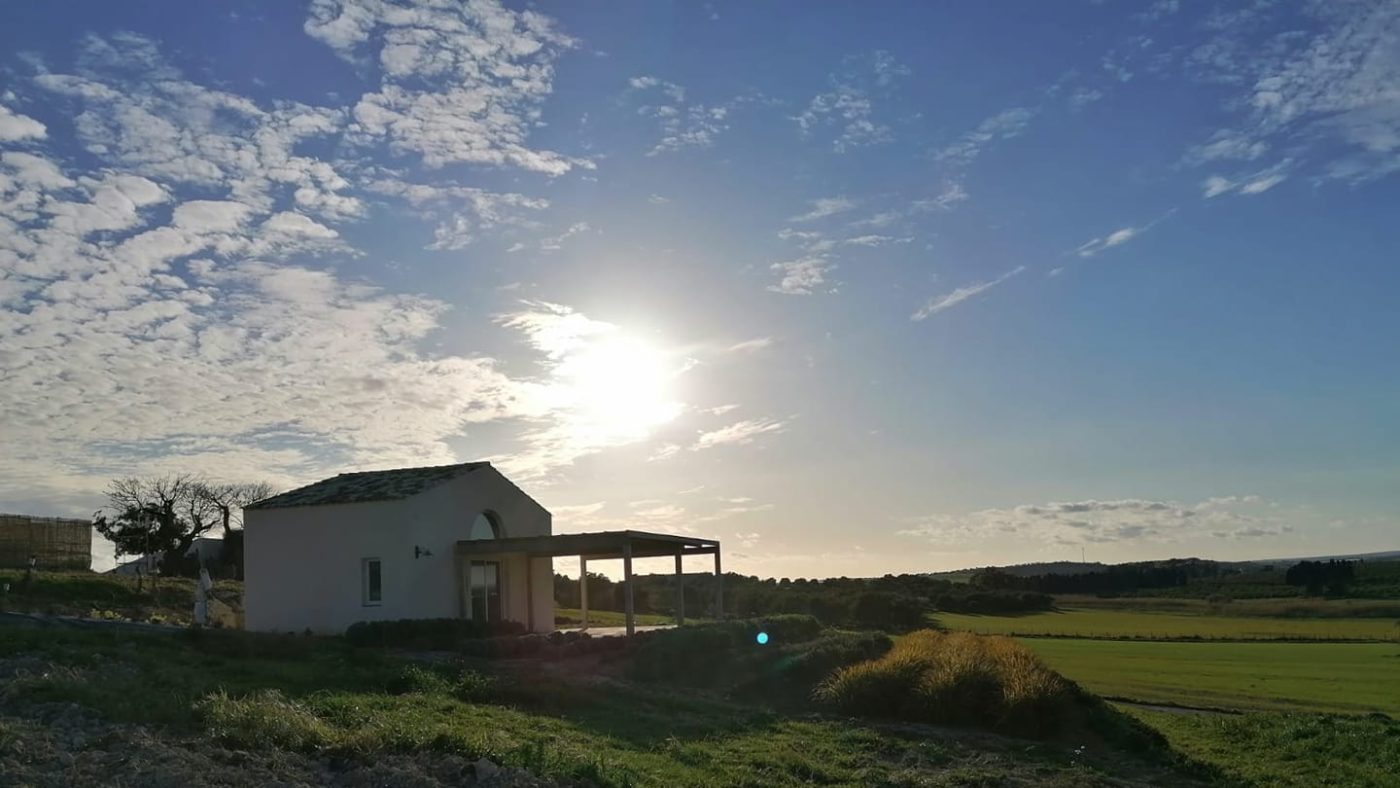 Imagine sipping a glass of wine on that porch