Walking. It’s good for the planet and is linked to longer lifespans. Take those benefits and add views of the sea to take the England Coast Path, scheduled to be completed in 2021.

The walkway is split up into four sections, made up of tens of existing and connecting paths, on or as close to the water as possible: the North East, South East, North West, and South West. As you can imagine, there are so many tiny towns and scenic moments that these paths offer.

Due to winter, extreme weather, and higher sea levels, corrosion problems have been reported on the South West. When the entire path is complete, it will be, at 2,795 miles, the longest coastal path in the world (the largest non-coastal one being Canada’s 14,900-plus-mile Great Trail).

Going to Rancho is like going to your hip friend’s upscale house. You know, the seaside one with the swim up pool bar, and the best in farm-to-table cuisine. Throughout the day, stroll down from your villa, grab a surfboard or fishing pole for a day at the beach. Head into nearby Todos Santos, Baja’s best kept secret for art walks, restaurants and shopping. (And in Baja, see the Hotel California, which has been claiming for almost half a century to be the inspiration for the Eagles most famous record. The Eagles deny it, and in fact sued the hotel for merchandising the claim. In fairness to the hotel, it predates the album…)

Or just hide away at your villa. Rancho Pescadero is currently closed for renovation and plans to reopen in fall 2021.

Once upon a time, Kid Rock eloquently opined, “I wanna be a cowboy baby!” Well, here’s your chance. Get ready to mount up at the Flathead Lake Lodge. Nestled in northwest Montana, this third-generation family-run dude ranch is the perfect place for aspiring cowboys and cowgirls, or if you just like to wear chaps. All of the cabins are considered “luxury rustic” with a lot of hand-hewn furnishings and handmade quilts. They epitomize coziness. After a day of horseback riding, chow down on some Western fare at the steak fry cookout then stay for the mouse races. Apparently, they’re a real thing, and a must-see activity.

Flathead is an all-inclusive 2,000-acre ranch, but don’t let that stop you from going beyond its borders. With Glacier National Park just 35 miles away, there’s plenty of hiking and mountain biking to keep your activity calendar full.

If you get tired of hearing the clip-clop clip-clop, the lodge is situated on the shores of Flathead Lake, one of the biggest lakes in the state, for water skiing or wakeboarding or sailing. So be sure to pack your swim trunks, too. 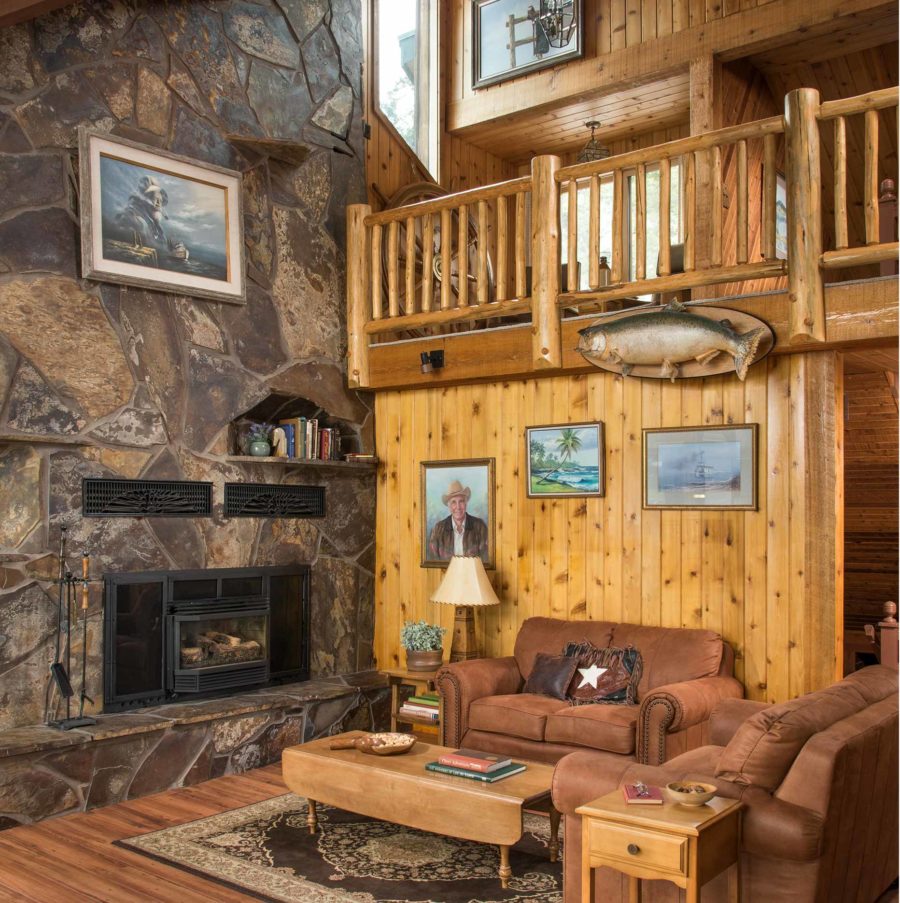 Cowboy boots not included, but, you know, welcome

What’s now left of Proust’s original famous cork-lined bedroom is a recreated mock-up in Paris’ Carnavalet Museum, with a small staged setting where the author spent the last 13 years of his life and wrote the masterpiece In Search of Lost Time. So, all the more fascinating is the meticulously intact Aunt Leonie’s House Museum, where Proust spent his childhood years from ages of 6 to 9. Here in Illier-Combray (Combray is the fictionalized name Proust used in the novel) about 72 miles southwest from Paris, is one of the most perfect house museums you’ll ever come across. In a guided tour, we step into Proust’s childhood world — the very bedroom where he anxiously awaited his mother’s kiss every night and where the famous magic lantern, featured so prominently in Swann’s Way, rests as though he’s just viewed it. Tracing the author’s footsteps through the town square and past the village church, we continue to the Pré Catalan garden and walk under the very same Hawthorn trees that inspired one of the greatest authors of, yes, all time. 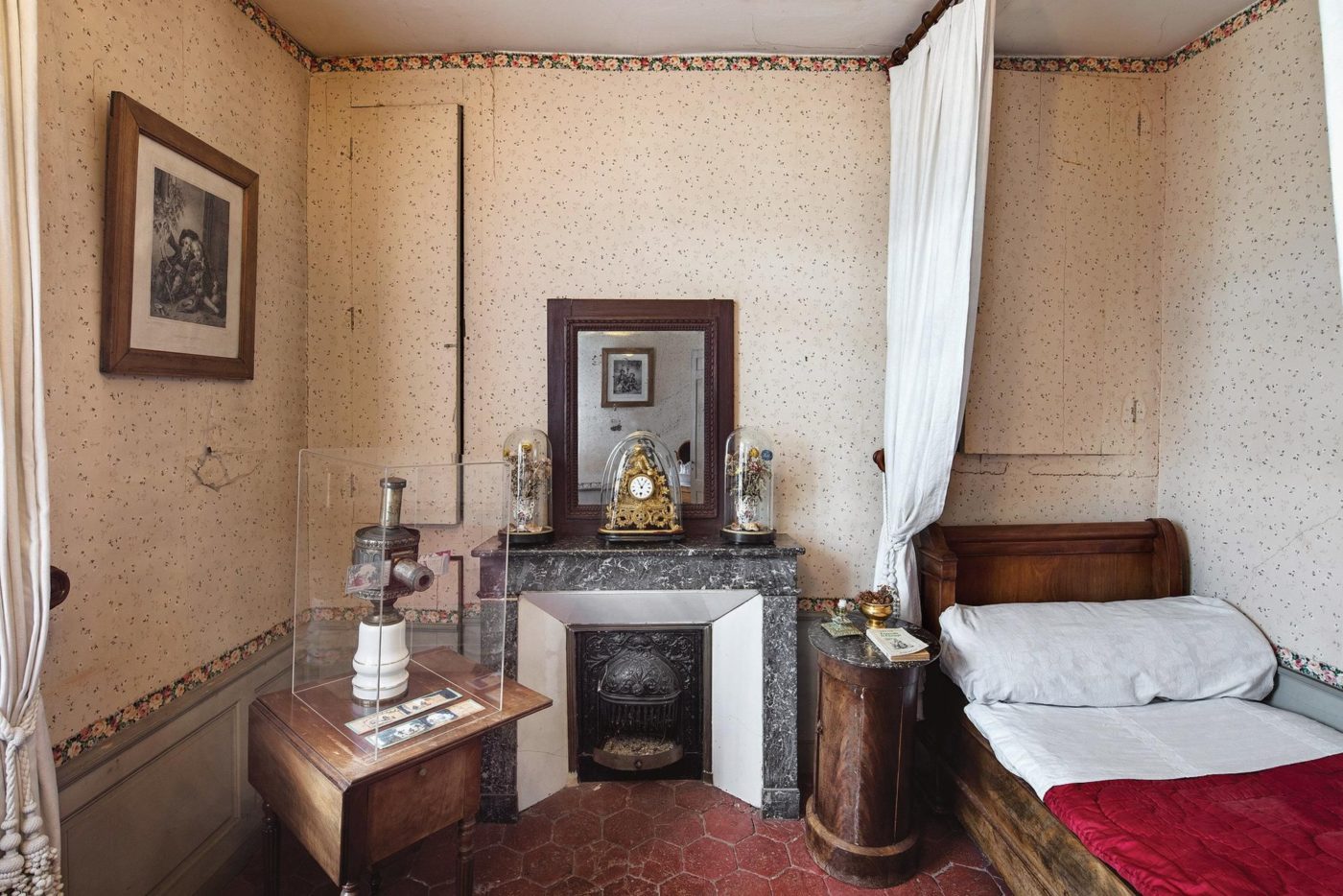 Even for a 6-year-old, that bed looks pretty small…

With the Andes to the east, Colombia’s centralized capital of Bogotá, sitting at 8,600 feet above sea level, is a melting pot bringing together all the cultures from the artisan heritage of the Boyacá and the Valle de Cauca Festival, or the color and pleasures of the Caribbean to the cuisine of the Coffee Triangle. History and architecture abound everywhere you look. Take a visit to La Candelaria neighborhood, the historical center of the city, visit the markets, museums, particularly the Gold Museum with items from the pre-Hispanic era, the parks, go up the hills, and into shopping centers where you can find whatever you want. Hotels for every budget, and if you are looking for something a little different, the Click Clack Hotel is a place to stay. Just remember you are a little higher up in the atmosphere than you may be used to! 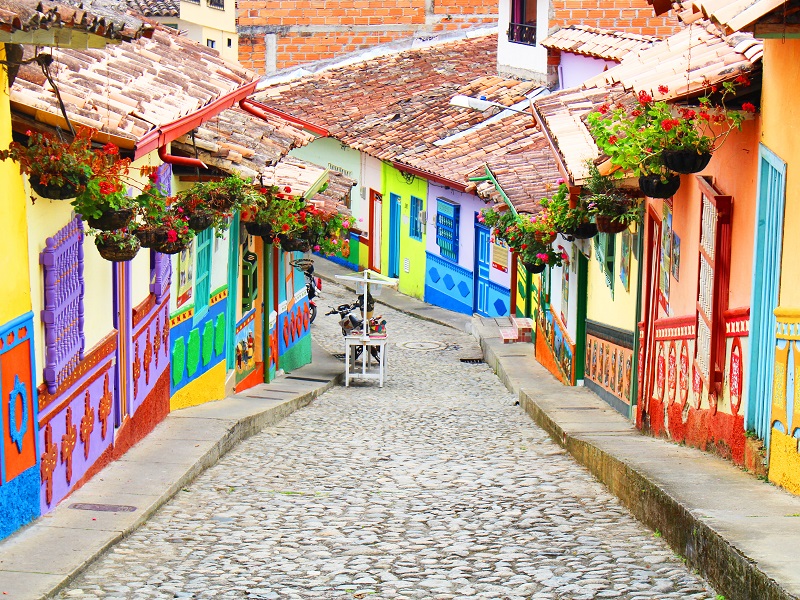