With a recent change of power, and some very helpful international attention, Myanmar is finding itself somewhere new – and perhaps, totally reborn. The country’s hope is now riding on its lauded hero and freedom fighter, Aung San Suu Kyi, recipient of the 1991 Nobel Peace Prize. And the hope is precarious to say the least.

Perhaps the State Counsellor (Prime Minister really) San Suu Kyi is now caught in a wild crossfire, and the facts aren’t crystal. Perhaps the world should be giving her the benefit of the doubt, but then again power does all kinds of crazy things to people, right? Could she have done more? Almost certainly, it’s not really imaginable that she couldn’t. But how much of this “genocide” (as the United Nations dubbed it) was/is out of her hands and control? And if she takes a hard line could she once again see the country fall into military rule? That would be a question mark on your travel plans to Myanmar, née Burma, sure.

Myanmar, at this very time, is a complicated and partly dark place, as was South Africa when Mandela came to power for instance. 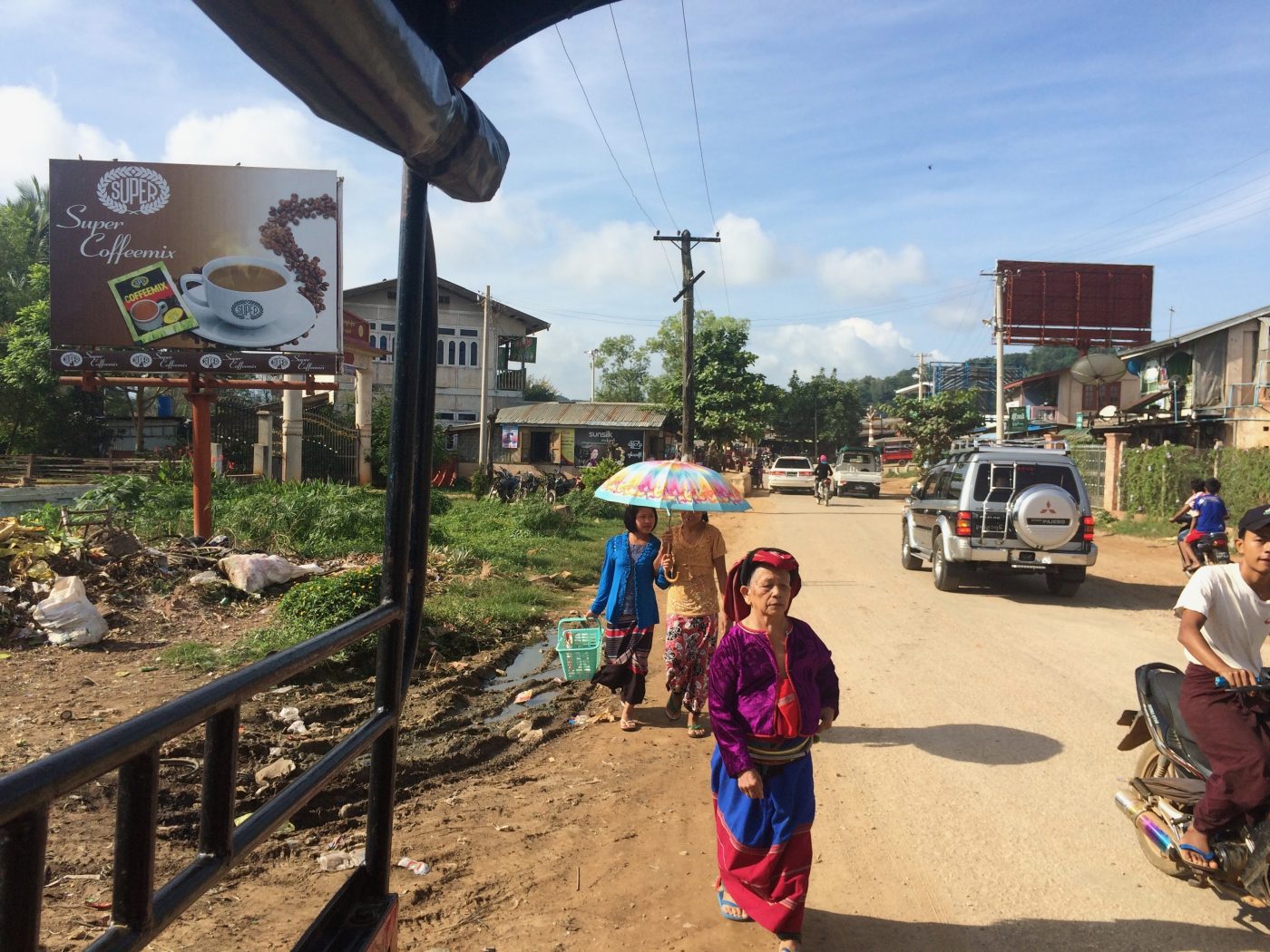 But, there is always hope. And Myanmar has erected a symbol of change. But this adjustment here has not come without a cost to too many lives, and to the heavily adjusted expectations of the improvement needs of a growing economy. And then there is the persecution of the Rohingya people in Myanmar who have been forced to flee to Bangladesh.

Pausing to think about whether your political views should dictate your holiday plans — well, here’s your prompt: How does the LGBTQ community feel going to a country, like Brunei, where they are punishable by death? And what about someone of a certain race or religion, who no longer feels welcome in America, think about coming here? 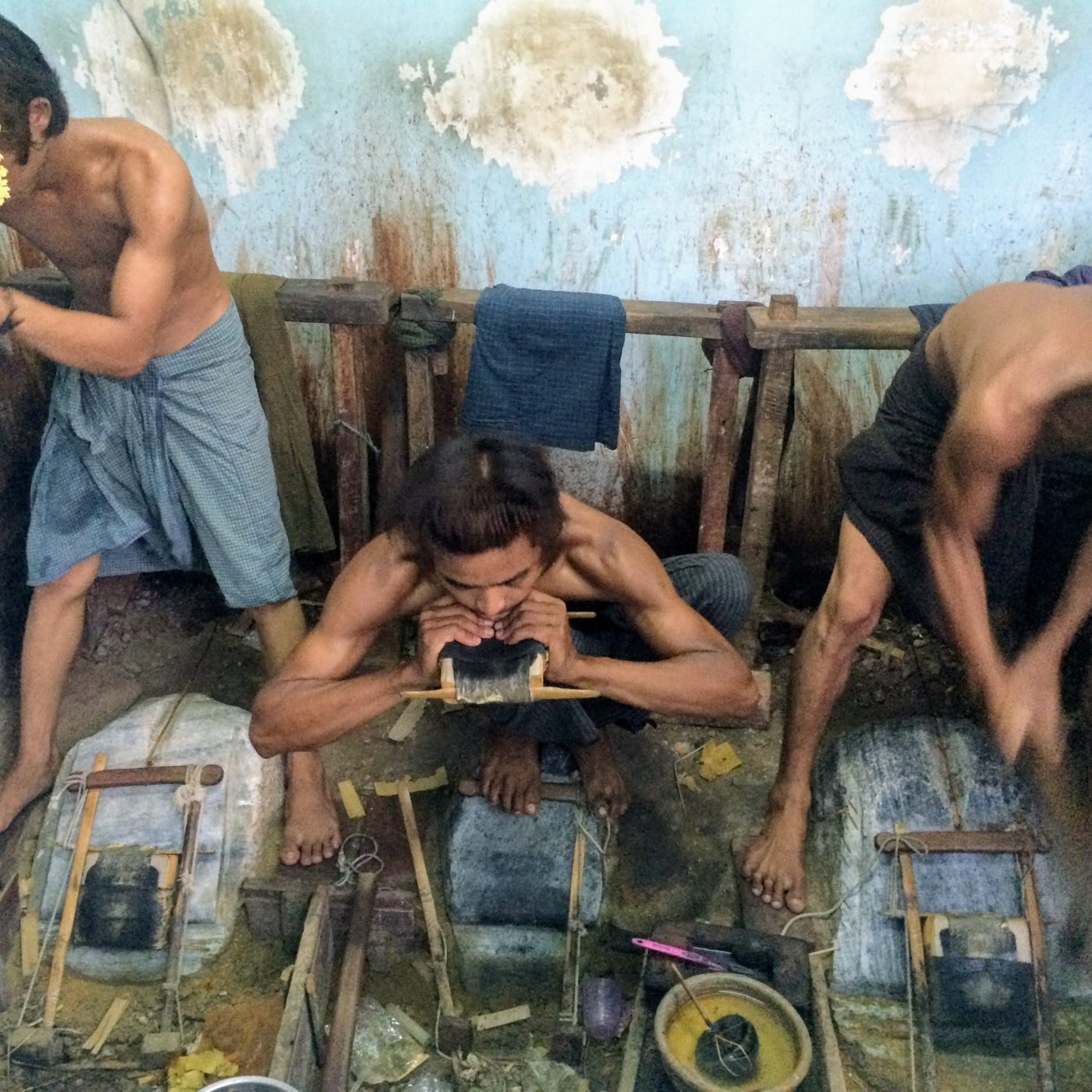 Bordering the brawny China, India and Thailand it has taken Myanmar an extensive time to start flexing their muscles. With over 135 ethnic groups the Republic of the Union of Myanmar has been a place of turmoil in the last few decades with its military rule, blocked bank sanctions from the U.S., and a serious halt on almost all tourism. But also on the economic sphere, Myanmar sold itself short to the neighboring markets and is now fired up to take back the reins – from manufacturing of machinery and equipment, to intelligent tourism.

Now, with the country finally making its debut, tourism is steadily increasing by as much as 18% according to the Ministry of Tourism already this year. “Myanmar has fast become one of our best sellers,” says Kate Edwards, the Head of Jacada Travel SEA Travel Design in London. According to Edwards, tourists are looking for authentic experiences where they can connect and share with locals and Myanmar offers exactly that – receptive and unspoiled from the heritage sites in the cities of Yangon and Mandalay, to the forests and hills in the north of the country and right down to the white beaches that remain empty for miles and miles.

The low cost airline industry has also taken hold, with six new airlines starting in the last few years, and brand new phone networks and semi-solid Internet connections are aiding the growth. For the first time cellphones are available for ordinary citizens to purchase whereas previously it was reserved for commercial use only – the endless posters from telecommunications are strewn all over the capital from the airport right into the inner city. “Sim Cards used to be thousands of dollars, only the very rich could afford them and rent them out. Now finally sim cards are cheap,” says Kyaw Soe Win, a tour guide from Mandalay. Qatar based Ooredoo two years ago became the first foreign telecommunications company to provide services – potentially covering 85% of the 60 million people across the country. And with this simple world connection streaming, albeit slowly, on little screens right across one of the poorest nations in Asia, the country is finally asking bigger questions about freedom of speech. 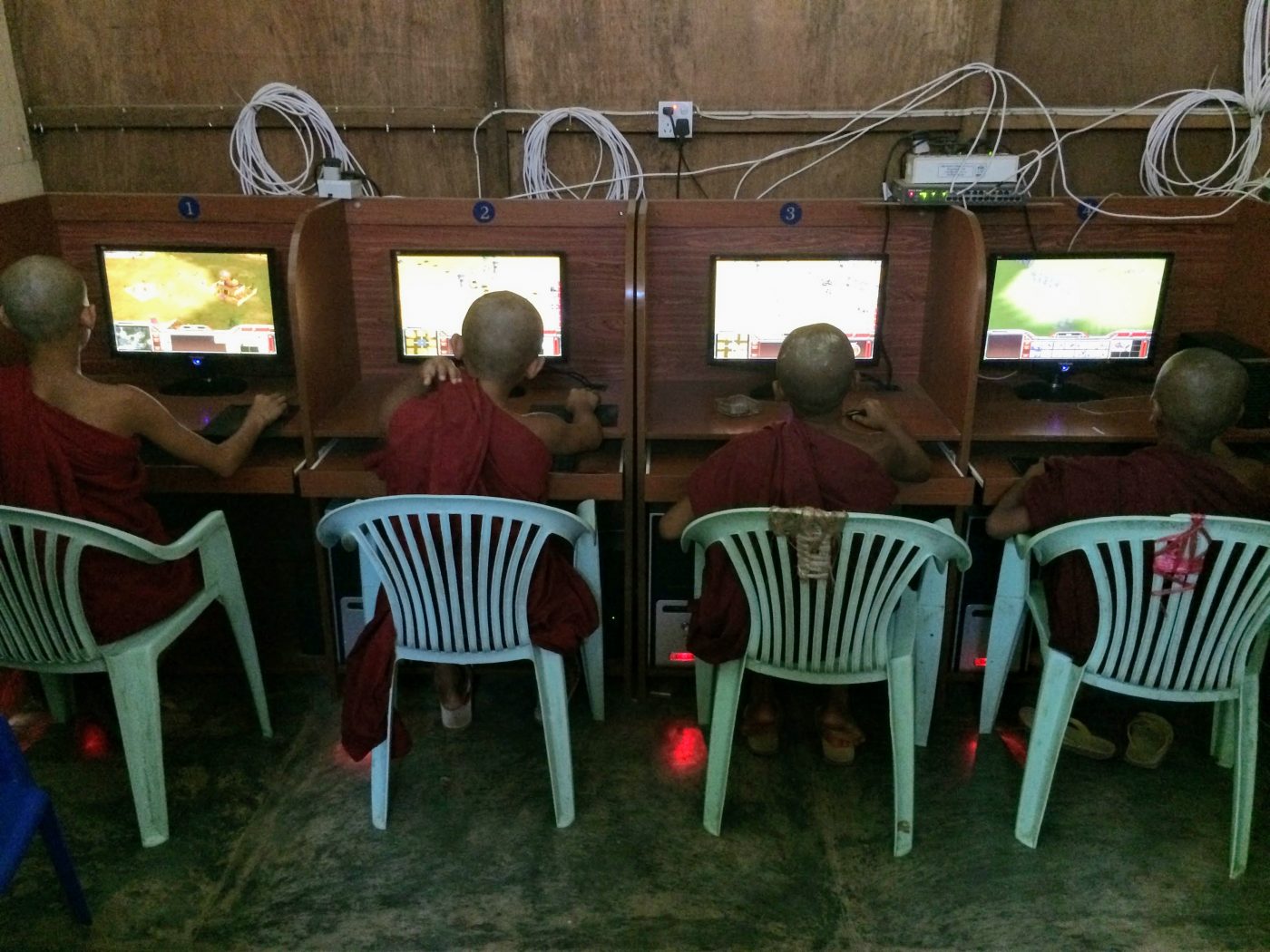 “Tourism is changing really fast now as my country is showing great improvements finally,” says Soe Win who is from a small village in the mountains outside of the second largest city and previous capital, Mandalay. “I would go past the airport and envy people traveling so I decided to do a training course in Yangon and so I became a guide,” says Soe Win. With beautiful Buddhist temples intact and hundreds of solid gold pagodas scattered across the country the cultural richness invites tourists with inexpensive prices from food to lodging.

Trekking around Kyaukme, in the north east of the country, growth is most evident. Although there are no tourists, the dirt-floored cafes are filled with locals reading the regional newspapers and slowly watching YouTube videos on their brand new smartphones. The sweet milky teas are passed along with the phones around the café and the men spit their rouge betel juice (Kwun-ya) into the dusty streets. Hundreds of brand new bikes shine as they speed through the little village – an obvious sign of growth and all this exciting new blood.

“The people from rural areas are nicer than the others from the cities. They are honest, friendly and away from greed. That’s why they are so special,” says Moe Set, a local guide from Kyaukme. Set takes a small number of tourists into the wilderness near to the village that he was born in and encourages them to meditate whilst trekking. Before becoming a guide, Set, like so many Burmese boys, was a monk and received his free education and English language skills at a Buddhist Center in the forest. “Myanmar’s people remain religious in a most charming and engaging way. Their temples are cozy, each one almost like a little neighborhood unto itself. Buddhists go to their temples not only to worship, but also for afternoon naps and casual gatherings,” says Kit Wong, Expert Travel Designer at Jacada Travel in Hong Kong. 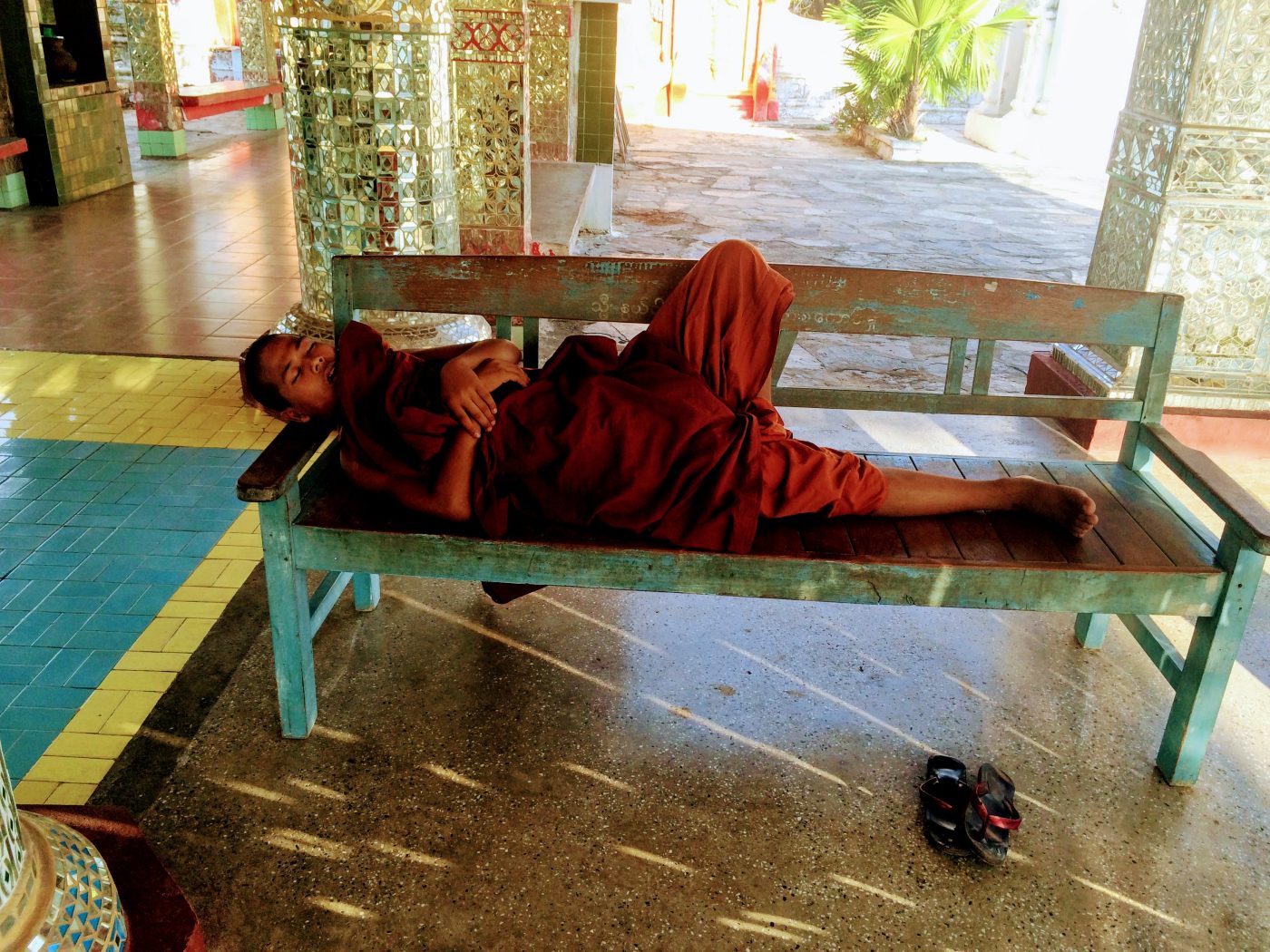 Even monks get sleepy…

“The way of life for Myanmar people is hard. They have to struggle each day to survive. But it doesn’t make them to give up everything. They can find contentment with their life,” says Set. In the villages, five hours walk from the nearest town; life is simple for its inhabitants; mornings start at 4.00 am when cattle are released, and the smells of open fire cooking start their wafts from inside their wooden homes. “What people find most amazing and unique here is the spirit of hospitality,” says Set. Locals cook their national dish “Lahpet”  – a mixture of pickled tea leaves, roasted nuts, green chilies, dried shrimp, beetle larva with vegetables and topped off with plenty of fresh lime – and the custom is to share it with anyone that comes to visit in their homes.

One of the government plans, according to Soe Win, is to open up restricted areas and allow selective tourism to venture in. With the world hungry for new destinations and explorers wanting to find the new frontier, it is Myanmar that holds just the right golden key. With the correct attitude towards tourism, a high quality approach, and not allowing for a destruction of all the beauty Myanmar might just be the next paradise. Let’s see what the very near future holds – one smartphone at a time. 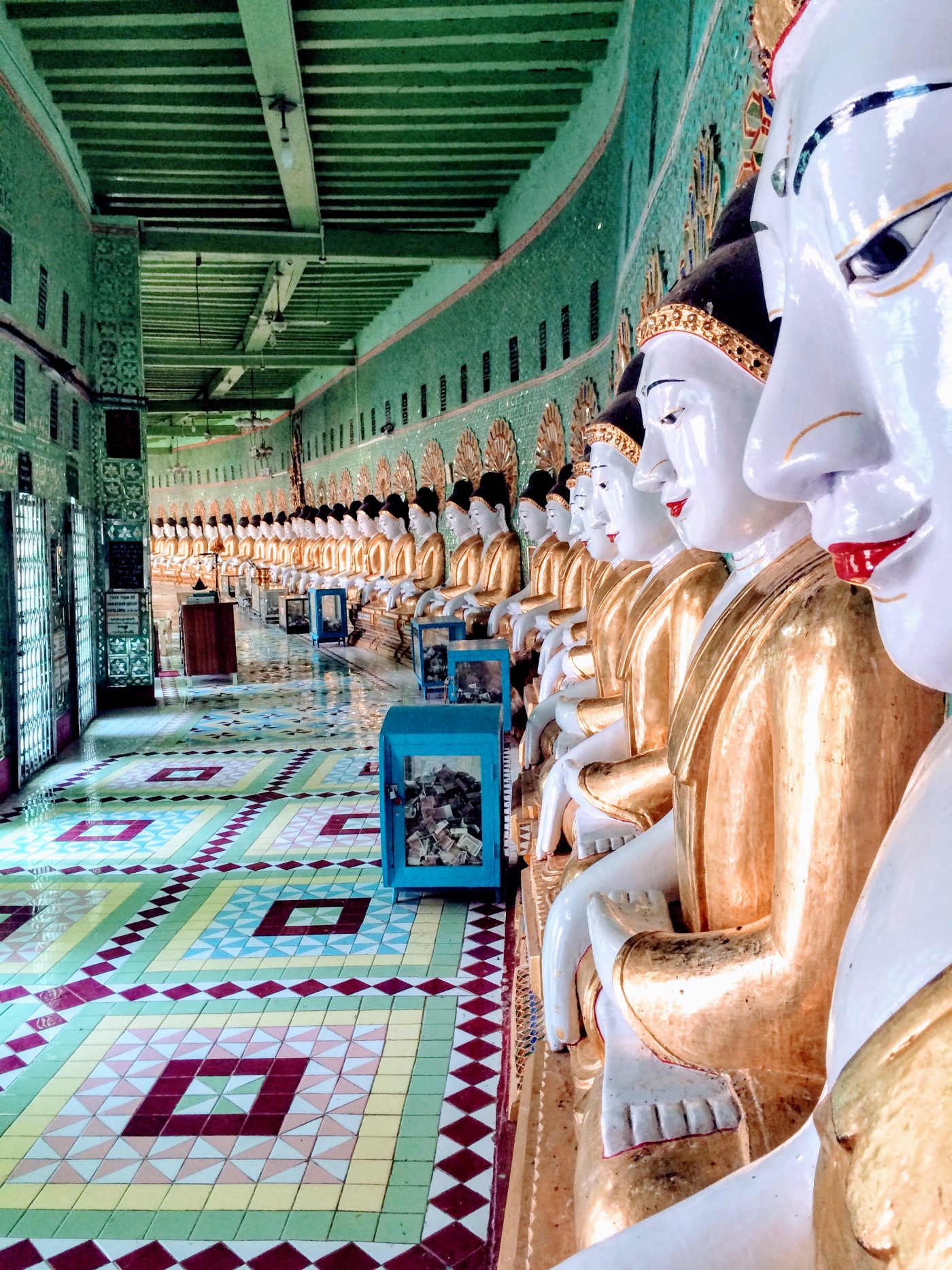 Hop on Cathay Pacific from Hong Kong to Mandalay – a direct flight on their regional airline, Silkair. Visit the website for bookings and information: cathaypacific.com

Best way to get organized

Jacada Travel, based in the U.K. and with an office in Hong Kong, is an expert in the area and will facilitate every single step of the way from accommodation to guides and everything in between. For more information, visit jacadatravel.com 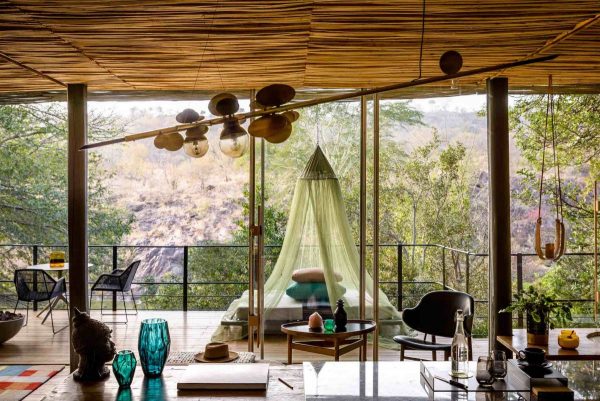