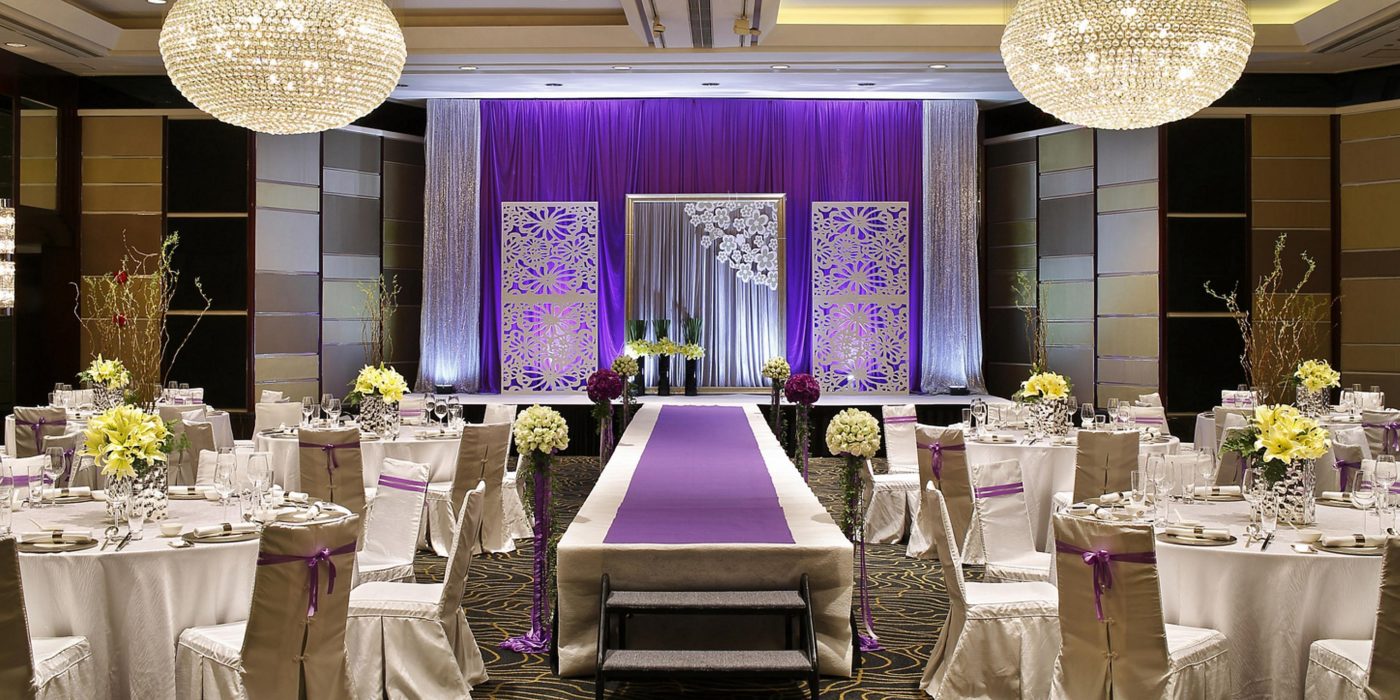 On May 15, reflecting a change in ownership, the recently dormant Four Seasons Hotel Shanghai at Pudong will cease to be and on May 16 be reborn as the Regent Shanghai Pudong.  This will be the first property for the Regent brand in China. Located in the middle of Pudong Lujiazuj with oodles of luxury retail stores and attractions, near the Century Avenue Metro Station and Lane 1192, which is a re-creation of old Shanghai located in the basement of the Century Link mall. Which sounds like it’ll be missing something, frankly… 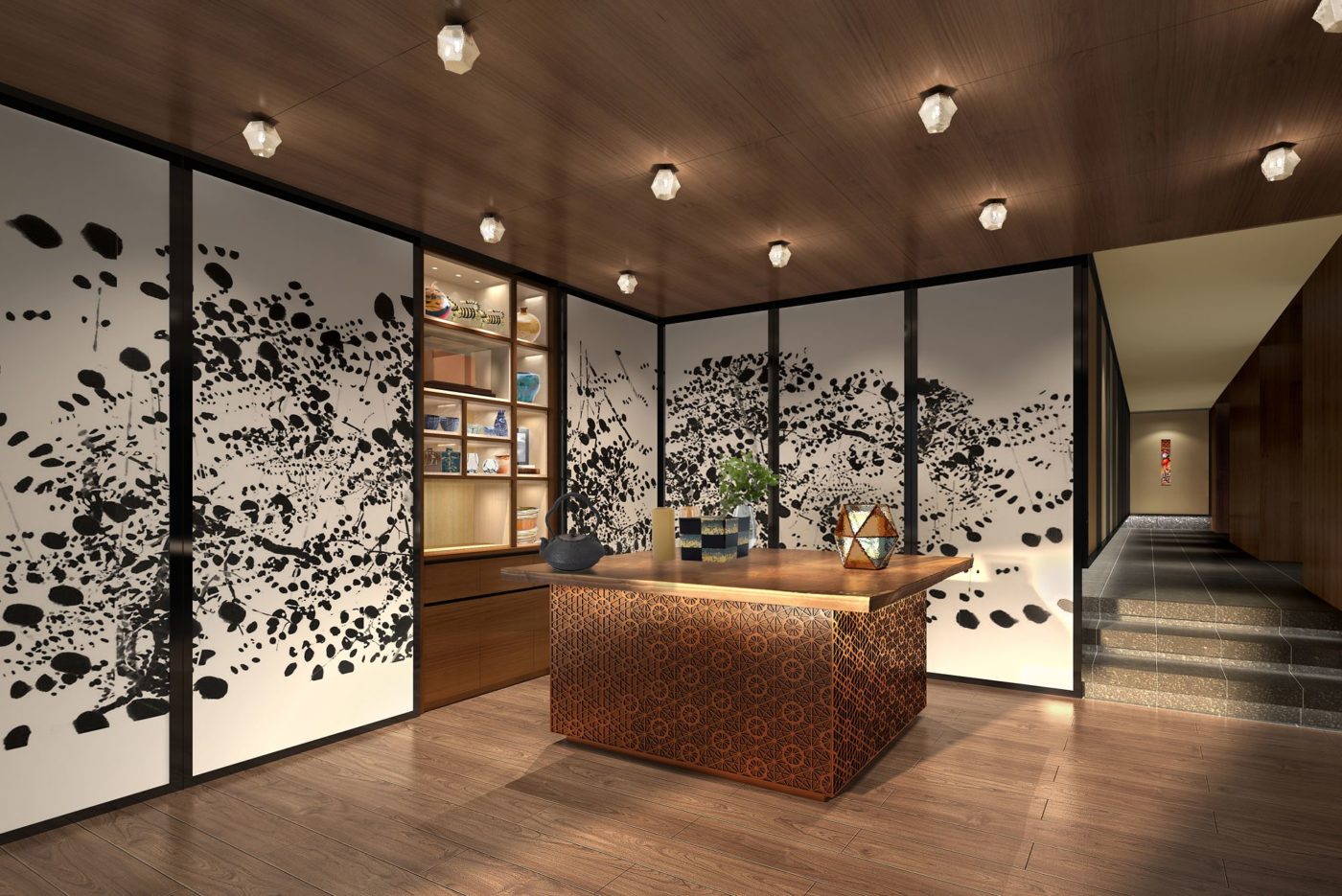 May 22, 2020 is the date the Ritz Carlton in Nikko Japan has planned for it’s opening.  Oko-Nikko is two hours north of Tokyo and a place to get out of the summer heat of the capital. All of the rooms and suites have a view from their balconies of Lake Chutzenji, Japan’s highest altitude lake, or Mount Nantai, which, not to be outdone, is also very high.

The hotel’s interior is modern but reflects the natural beauty and culture of the area, using traditional Japanese craftsmanship inspired by Kanuma Kumiko, an ancient form of intricate wood patterns and paper sliding doors. This is the first Ritz-Carlton to have hot spring baths inside and out filled with natural mineral waters from the area’s hot springs.  But don’t just stay inside as the surrounding area is second to none, and there’s plenty of hiking, biking through woodlands to Lake Sainoko or to the grasslands of Odashirogahara, Lake Yunoko and Yudaki Falls. And the hot springs themselves. Nikko is the home of UNESCO World Heritage sites Futarasan Shrine, Nikki Toshogu Shrine and Rinno-ji Temple. 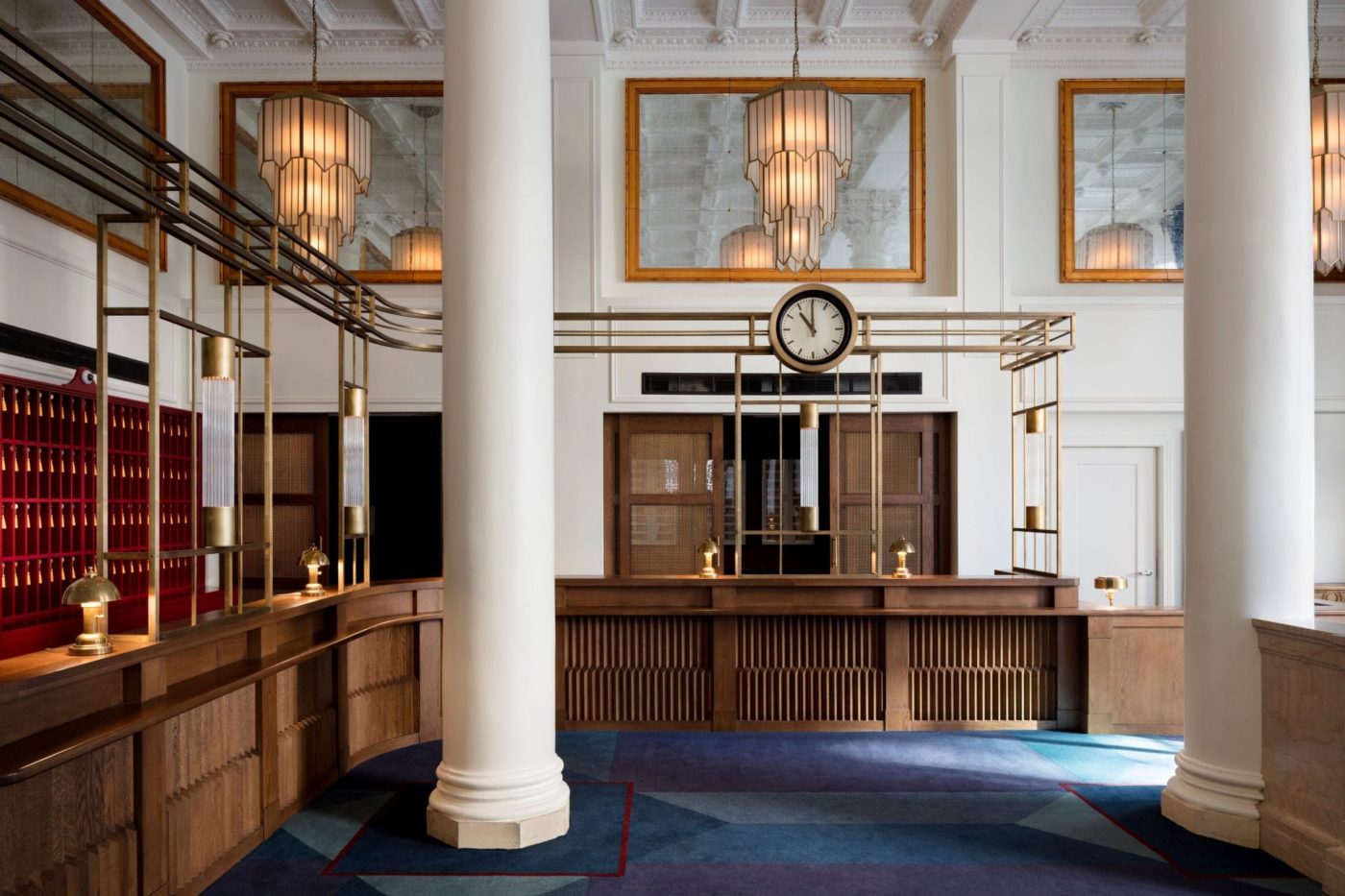 On February 6th, 2020 the hotel opened after renovation and redesign of the former Riggs National Bank building, which is one of the capital’s last remaining Richardsonian Romanesque Revival style buildings, listed on the National Register of Historic Places. It was the personal bank for 23 US presidents (including Eisenhower, Lincoln and Grant!). Something the new owner-developer Lore Group kept in mind, keeping the original vaulted ceilings, pillars, brass detailing and the Juno Moneta Medallion, representing the Roman Goddess of Money on the wall in the lobby, which had originally been on the bank’s doors, leaving no doubt as to what kind of house of worship this was.

The rooms and suites are all designed in the Art Deco style and four of the 15 suites reflect the interests of a few presidents’ unsung First Ladies. There is an 1800 square-foot fitness center with Peloton bikes. For a drink, the subterranean Silver Lyan heralds the American debut of apparently internationally renowned bartender Ryan Chetiywardana, a.k.a “Mr. Lyan”. He will serve his trademark libations, including the rather dubious sounding Jell-O shot fruit baskets.

The hotel is beautiful and centrally located in the Penn Quarter, just blocks from Metro Center Station, the National Portrait Gallery and walking distance from Capitol Hill, the White House, Chinatown, Ford’s Theatre — the one where Lincoln got shot, in effect closing his bank account at the Riggs — and the National Mall and Memorial.

China, for a start. Among the first countries to lift their lockdown, with Taiwan, South Korea and Singapore, China has seen a perhaps surprisingly robust return to domestic travel, and the head of Marriott recently announced that some of their hotels there have been sold out. 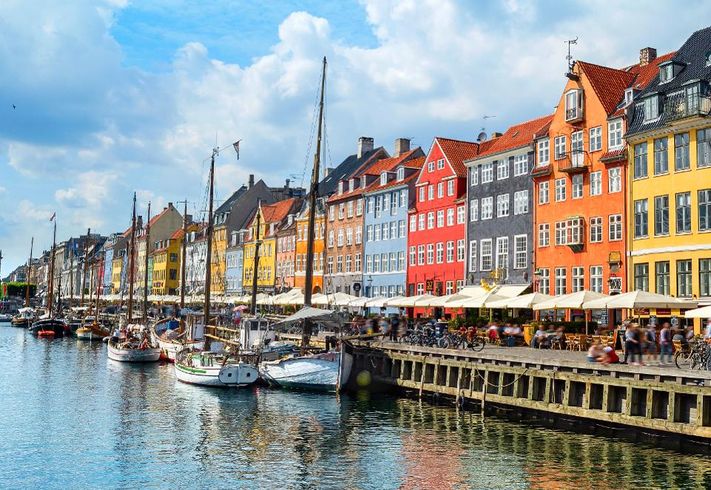 Denmark, very quick to lockdown, which seems to have been a good move, has now reopened primary schools, daycare centers and a host of other businesses. And Copenhagen really is the coolest city.

Austria opened non-essential businesses with a floor-space of less than 400 square meters, and DIY stores and garden centers, presumably not inhibited by that space metric, in April. As of May 1 larger stores, shopping centers and hairdressers were given the green light.

Norway reopened kindergartens, primary, some high schools and universities and hair and beauty salons. This seems to be a global coupling — school and beauty salons. Get educated, get groomed. In some places, get tattooed. Domestic travel is back on.

Germany in late April 20 opened stores 800 square meters or less, plus bicycle shops, bookstores — excellent! — and car showrooms. Soccer is supposed to be back, except that entire teams are falling into quarantine, so maybe the season will be finished on XBox. Students in their final years of primary or secondary school were allowed back to school on May 4. Yippie, eh kids? 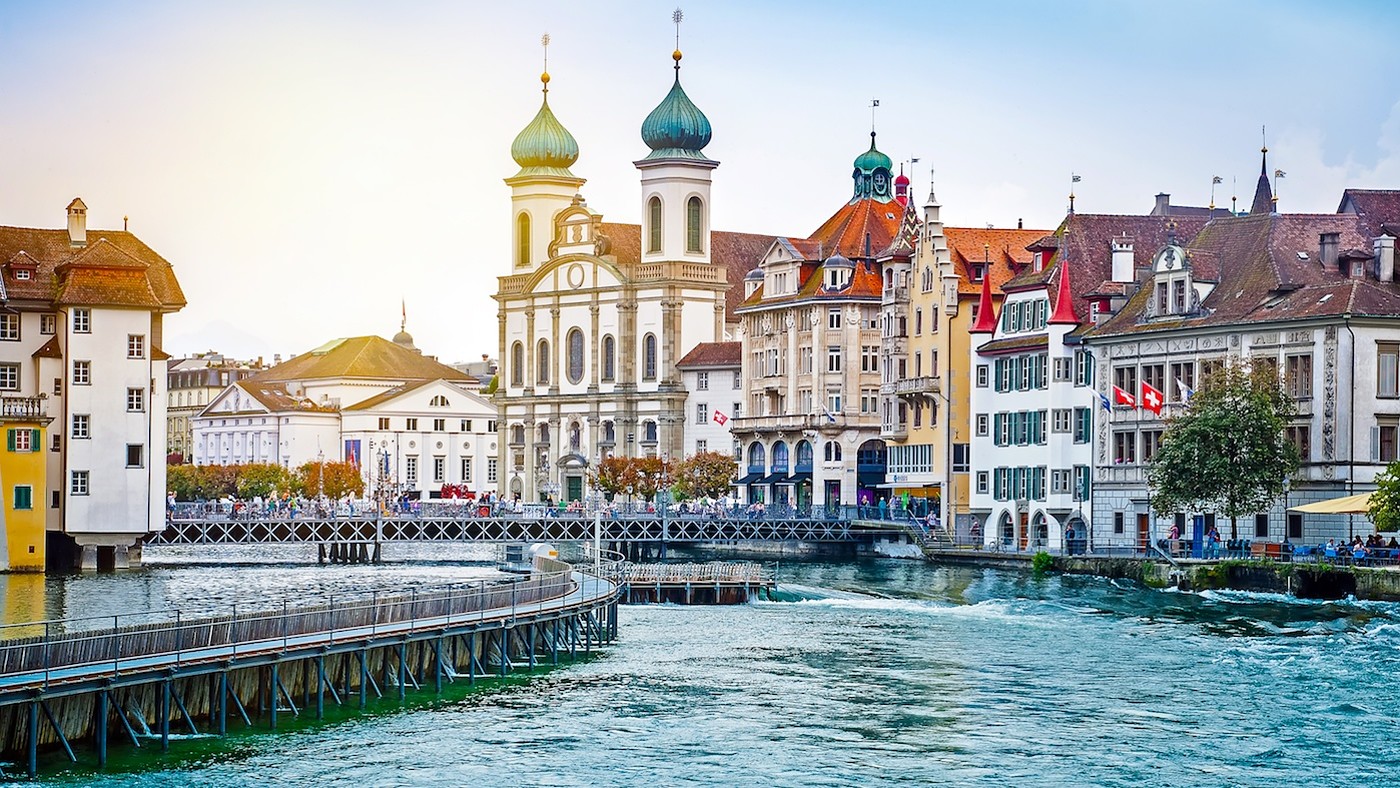 Switzerland, of course, has a three-stage plan. Switzerland thinks about things. “We want to act as fast as possible but as slow as necessary” they say, completely sensibly and meaninglessly. At the end of April approved businesses that could reopen included hardware stores, flower shops, hairdressers and beauty salons, and hospitals and medical practitioners could start to do non-essential procedures. May 11 primary schools. June 8, secondary school, colleges and universities — just when all those students thought they were in the clear — will return to action, along with libraries, zoos and museums have the go ahead.

Italy, which does not have a three-stage plan, because it’s Italy, where even a one stage plan takes so long to debate that most politicians retire or die before the debate is finished, is also taking it slowly, they have had the longest lockdown in Europe. But boy, are the people getting understandably antsy, as you would have seen on the news. May 4 the majority of the country’s industry was allowed to resume. Travel is so far limited to within a person’s region only, to visit family and friends, but masks are mandatory. May 18 galleries, museums, libraries and retailers reopen.  June 1 bars, restaurants and hairdressers — God, there’s going to be some hair on the floor in Italy in June! — will resume plying their trades.

France — this one is one that I have been waiting for, since I live here, set May 11 for progressively reopening, in phases: till June 2 most businesses can resume but with strict conditions on numbers and distances to be observed, documentation for why you are out is no longer necessary except if you are more than 100 km from home. In which case you’re clearly just plain escaping. At the end of May Phase 2 will include a decision on cafes, restaurants and plans for the summer holidays. 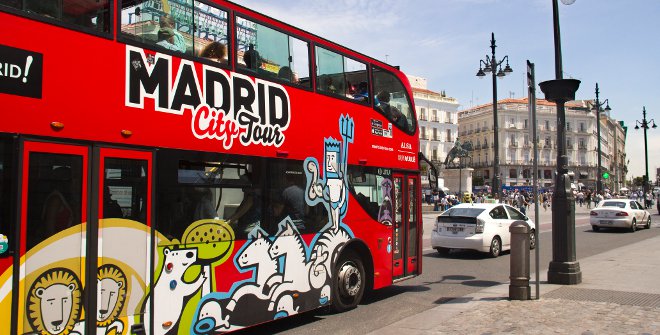 Every day I get in the queue (too much, Magic Bus!) To get on the bus that takes me to you… Yes, we’re that excited to get on a tour bus again

Spain was perhaps the first major country to announce it’s optimism for a return to international tourism, declaring the country expected to be able to receive visitors by the end of the year, in time for Christmas. Internally they’ve allowed restaurants to reopen — for takeaway. But it’s a start, for a country that basically lives in restaurants and sleeps, showers, and changes clothes at “home”. Schools are to remain closed until September, no-one is crying about that, soccer is returning, Churches will soon open again too, so things are generally looking up for one of the countries most hit by coronavirus.