When you grow up about a 40-minute drive from the Borden house, like I did in the late-70s and 80s, Lizzie’s alleged axe-murders were a part of local culture, much akin to a beloved Red Sox cap or a frequented sub shop. I, however, took it to the next level, reading every single book I could find on her, and completing multiple book reports, embellishing white poster board with colorful cuts-outs of bloodY axe images — before exiting grade school.

I’ve reported on some high profile true crime shows, where I’m known for my obsessive research and conviction to certain steadfast beliefs that will never change, which I am willing to voice on camera. (Men who beat women to death are card-carrying monsters, that sort of thing… Is there an argument?)

I have Lizzie to thank for this. As a kid, I read through the books voraciously, searching for affirmations beyond the reporting, and far beyond the graphic post-mortems and stodgy court transcripts. I wanted someone to say: We have no freaking idea what happened. 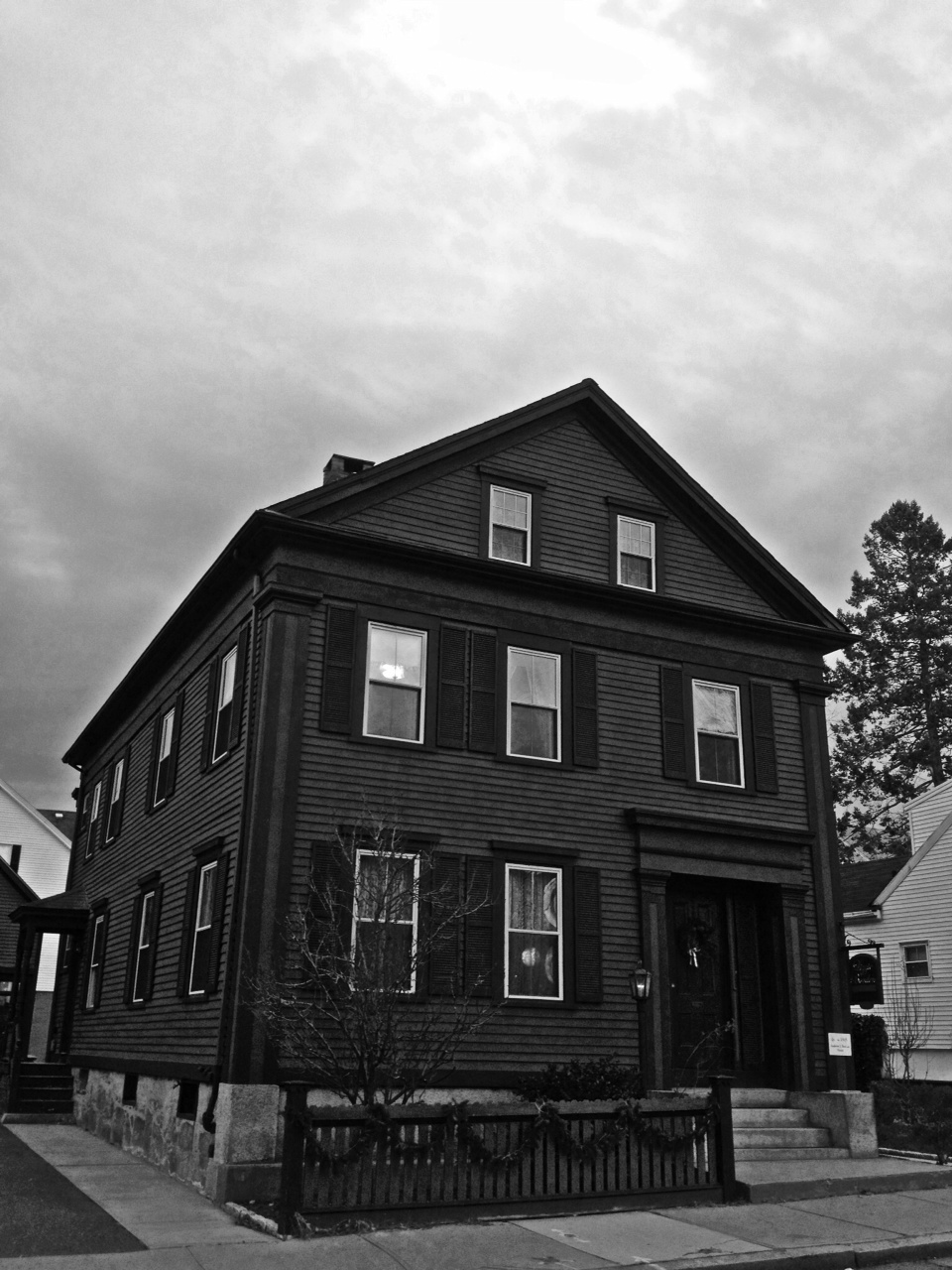 Thanks to social media, and in anticipation of this article, I posted this question, understanding that so many of my FB friends are old school chums who had similar exposure, though likely not a similar obsession: I am currently writing about Lizzie Borden. Can anyone summarize her story in 1-2 sentences?

Here’s a sampling of what I got:

“An axe should be used to chop wood not your parents!” Jeff, who I grew up with.

“Lizzie was sad and mad and made a bad choice.” Charlotte

“Lizzie Borden took an axe, and gave her mother 40 whacks. When she saw what she had done, she gave her father 41.” Matt, who I also grew up with. (When I asked, how many whacks the parents had actually gotten, Michelle responded “50 I think!”)

One response stands out:

“Fear-based because she was ‘odd’ spinster accused of double homicide, acquitted by a jury, condemned by history in a case where other suspects were not rigorously investigated.” Julie

But basically, when you ask about a thousand people, most of them will say she did it. And escaped conviction.

Here’s a list of things we believe know about the Borden case:

1  On August 4, 1892 the bodies of Andrew and Abby Borden were discovered dead, having received a total of 29 “whacks” with what was believed to be an axe or a hatchet. Forensics were a minor disaster in the late-19 Century, never mind the incompetent Fall River police force thrashing onto the scene, moving bodies, destroying evidence and not knowing what the actual hell they were doing.

2  No one was around to witness this, which somehow seems to default to Lizzie, who lived in the house, and was presumed to have never left for a split second of her existence, which is why she must have murdered them.

3  No matter what you think you know, there was no murder weapon recovered.

4  There was also no blood evidence at the scene, other than that on the bodies. 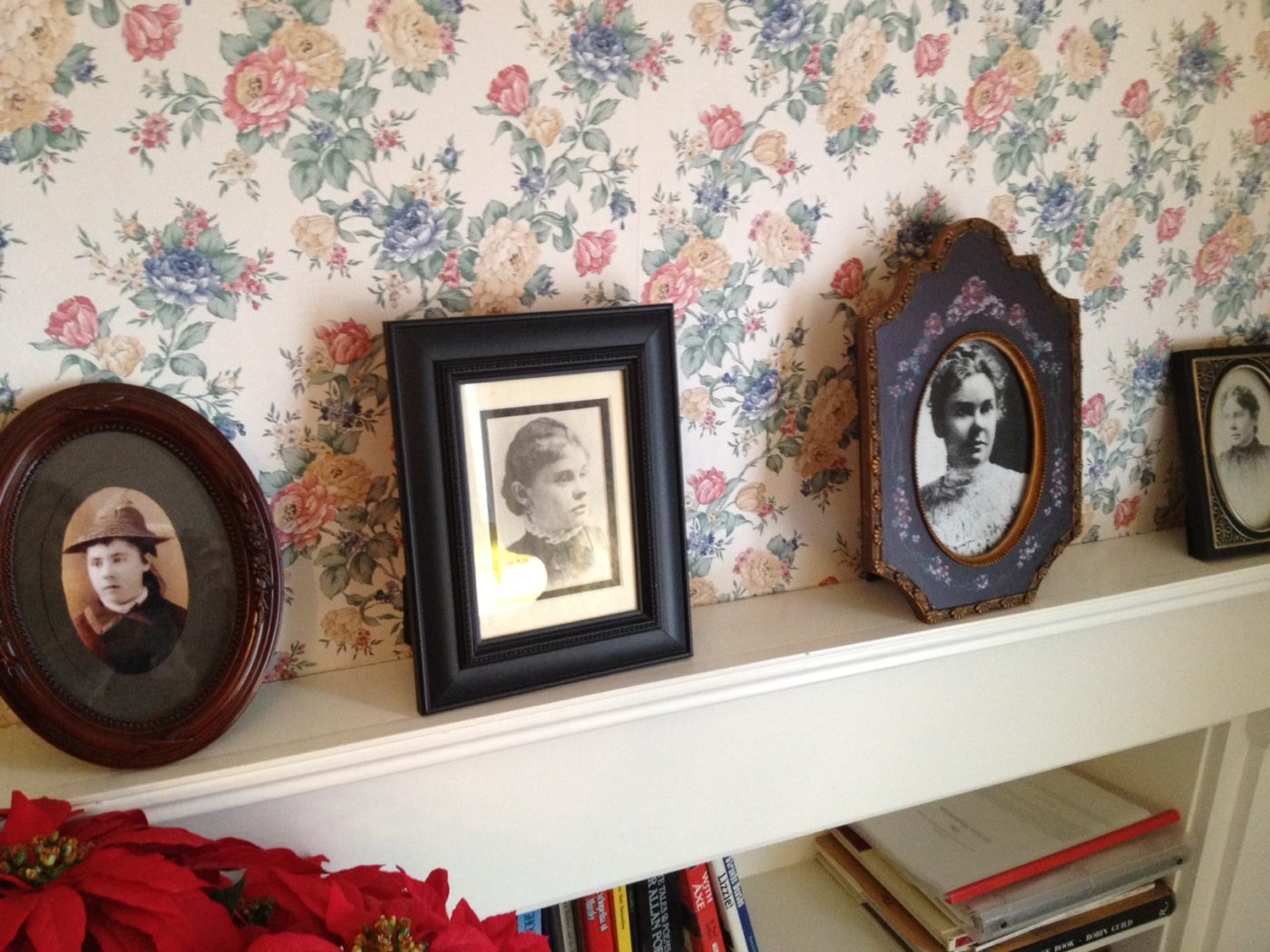 The many faces of Lizzie: The Borden House in Fall River, Mass

5  Lizzie seemed cool but flustered during her interrogations, which is the documented perception of those who were planning to convict her. (Note: A woman who doesn’t cry a lot must be guilty, right? Keep an eye out for this as you review murderesses through history.)

6  It’s been thrown out there that Andrew Borden had sexual relations with Lizzie, and we can spin this PTSD yarn until the end of time, though we will never really know if that is true.

7  Lizzie didn’t like her step-mother, Abbie. She’d said so openly, and even refused to refer to her as her mother. Not weird at all, since she had a mother she loved who died. This was used suggestively against her.

8  Andrew Borden was a known miser, who was one of the richest men in town with, by today’sequivalency, a fortune worth about $10 million. He was said to make his early fortune in the undertaking business, and was a shrewd investor. And, as you’ll see below, probably made a lot of money screwing people over.

9  Modern labor laws didn’t begin to come into effect until the 1930s (some as late as the 1970s), which is why you can imagine when a Portuguese laborer came by the Borden residence hoping to be paid for his work and Andrew told him to go away because he didn’t have any money, you just know there were more unpaid workers who were probably pretty pissed off. There’s no record of how many went unpaid or got screwed over, but we can guess it’s quite a few.

10  Seriously…what kind of super-rich businessman hires people and doesn’t pay them for their work?

11  A neighbor testified seeing a guy leaving the house. Same guy as above? Who the heck knows.

12  Lizzie was an unmarried 32-year-old at the time of the murders, which back then made her a “spinster”, or gay — or just so plain hopeless she kills people. Do keep in mind that women in America in 1892 were the property of their husbands, and we all know how hairy that can get, don’t we, kids? Kind of lowered the incentive, don’t you think? Maybe Lizzie was just ahead of her time, so let’s try and adjust our thinking, shall we? 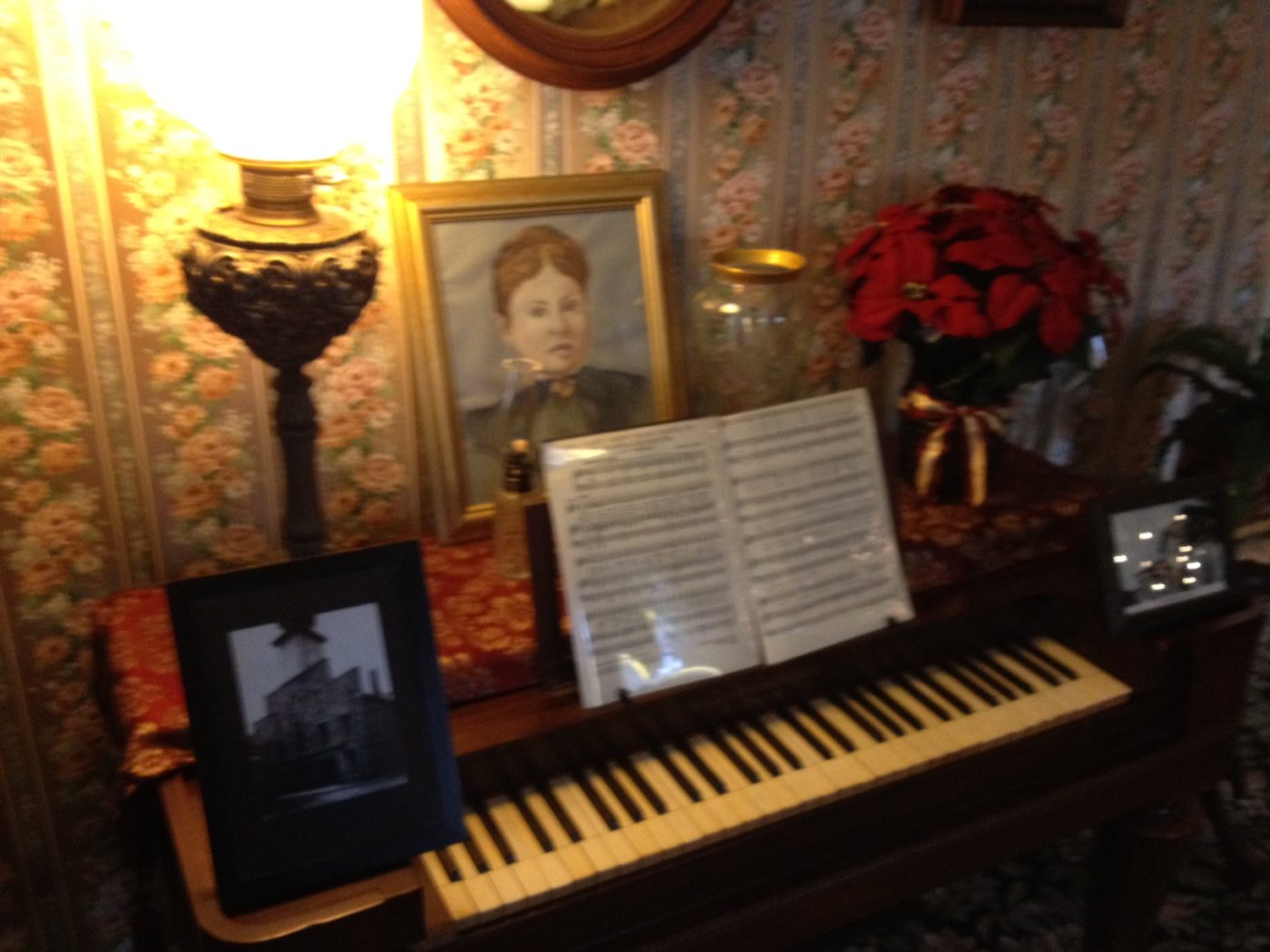 Play Murder For Me: The Borden House in Fall River, Mass

13  We’ll never really know if Lizzie was gay, and it doesn’t matter in this case at all, but even so she likely wasn’t partnered with the maid Bridget Sullivan, since everyone called her “Maggie”, as that was the name of their last maid, and they couldn’t be bothered to learn hers.

14  At the beginning of the trial, with Lizzie the only suspect, the jackass prosecutor threw a piece of fabric onto the evidence table, revealing Andrew and Abby’s butchered skulls. Lizzie rightfully fainted, without any sympathy from anyone. A local reporter stated the incident caused “…unfeigned embarrassment and discomfiture to penetrate the ranks of counsel.” Oh, um, and Counsel? Nice job handling evidence, sir!

16  Lizzie was acquitted of the murders in 1893, residing in Fall River until she died there from pneumonia at the age of 66 on 1927. During her time there, she associated with theatre people and “bohemians”— God save her soul… 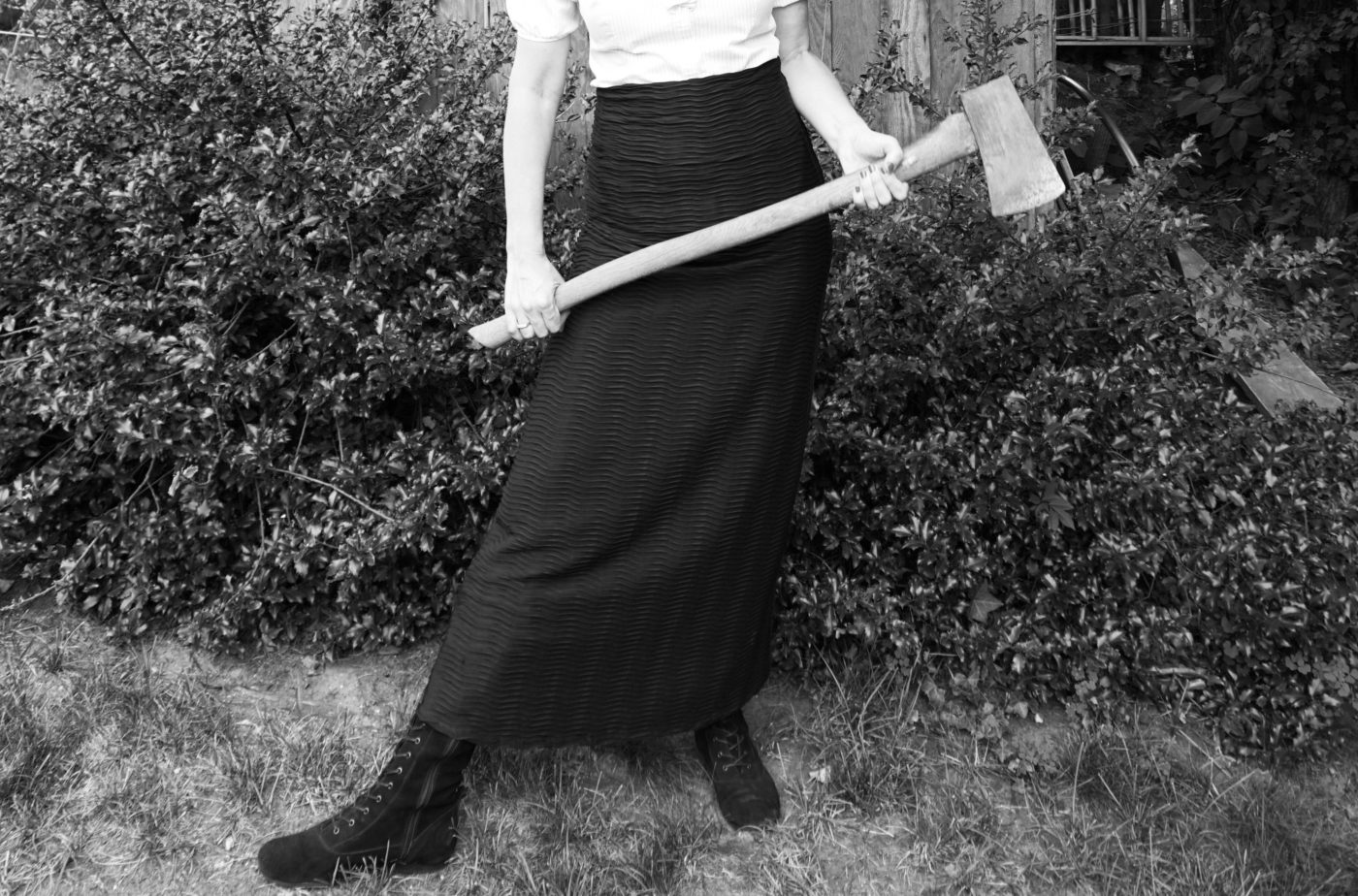 “Not sure people realize how heavy an axe is…you’d have to be incredibly strong to wield this thing with any kind of precision—even just once,” says Liza, channeling Lizzie.

I do not think Lizzie was guilty.

I do believe our collective fascination, more than a century later, is the result of our inability to digest the barrage of evidence we’ve collected from less substantial sources, including those at the time.

Which begs the question: How often does this happen, especially to those accused and convicted?

If there’s one all-important take-away from the Lizzie story, let it be this: The media can fully influence your perception of facts. History can be created based on what’s written down, even if it’s not true. The words you use are powerful, especially when it comes to important matters. Don’t believe everything you hear and read.

And if the media doesn’t convict you, Hollywood surely will. Oh, and don’t worry—they’ll make sure you conform to modern beauty standards and shave off a few dozen pounds, too. Lizzie looked nothing like Elizabeth Montgomery, Christina Ricci or Chloë Sevigny, all of whom take amazing chances in their careers, and surely gave their varied interpretations their best shot. Filmmakers’ insistence of “reimagining” Lizzie’s story is a psych study in and of itself. You’re perpetuating a potential myth about someone’s life.

Where’s the heroism for gaining weight for the role, ladies? Or is it important that innocent/potentially-guilty murderesses stay sexy?

My friend Jovita from high school, now a lawyer, said it best: “Lizzie was found not guilty in a court of law and was therefore innocent, yet she was convicted in the court of public opinion. The stigma of being the suspected killer haunted her for the rest of her life—and beyond.”

Truth is, no one will ever know.

First of all, there really is one, in Boston, spread over three venues, and it’s brilliant 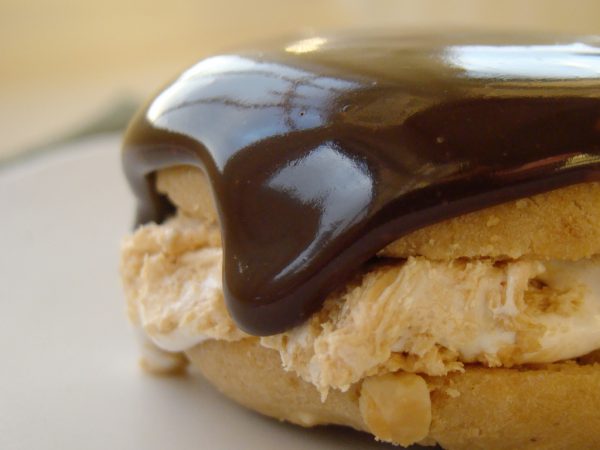