Here’s a sad statistic: in 2015, 55% of American workers did not use all of their paid time off, resulting in $61.4 billion in vacation pay losses for those workers. They essentially worked for free.

A vacation isn’t always the cure-all for stress, but if it’s it’s usually highly beneficial! Here are some quick suggestions for a unique destination that isn’t jam-packed with other tourists.

Nicosia, Cyprus is the last divided capital city in the world. In the 1960s, this city was divided into Greek and Turkish factions. This led to a division line within the city, manned by the military.

The good news is, since 2008, tourists are free to cross the dividing line between these two different sides of the city. It’s worth a trip to just to compare these two distinct cultures occupying the island.

Vampiric folklore is often set (and originated) in Transylvania. Despite the dark — but great fun — stories inspired by Vlad the Impaler’s (real) past misdeeds, this region, once an autonomous country but ultimately swallowed into the Kingdom of Hungary, is now part of Romania. It’s cradled on two sides by the Carpathian mountains and has  some of the last virgin forests in the world.

The Faroe Islands seem like something out of a fairy tale. And we have something of an obsession for them around here They encompass 16 small islands between Iceland and Norway, and are insanely beautiful and the people immensely welcoming. Rugged and natural and unspoiled (so far) by invading tourists, the islands are particularly great for hikers — and foodies! Check out the remarkable KOKS

For travelers who can brave the cold, look to the Arctic Circle, and specifically Canada’s Nunavut. It’s quiet, remote, and full of biodiversity. Tourists can also support Canada’s First Nations Peoples by buying from their shops.

What screams adventure more than an African Safari? The Ngorongoro Crater in Tanzania boasts the largest density of lions in the world. Book a safari trip and you can see them, as well as countless other animals, make their migration through the world’s largest intact volcanic caldera.

History buffs will love the city of Kilkenny, Ireland. One of the narrow lanes filled with pubs and shops begins with a castle and ends with a cathedral. It’s like traveling back in time. And a great pub crawl!

For those who aren’t ready to travel overseas, the United States has its own depthless beauty to offer. A road trip along the Mississippi Gulf Coast is lined with beautiful, pristine, practically undiscovered beaches. And the food in Mississippi is outstanding.

A Country That Doesn’t Exist

A place like Transnistria could certainly benefit from some magnetic strategy. Despite having their own currency, citizenship laws, military, and constitution, they are not recognized as their own country, but as part of Moldova.

When Moldova seceded from the Soviet Union in 1990, Transnistria, predominately Russian speaking and uncomfortable with the breakaway Republic, declared independence, wanting to remain socialist and, if it hadn’t ultimately dissolved, part of the Soviet Union. So they exist in limbo, officially, but are a fascinating community, wedged between the river Dniester and the Ukraine.

This Mediterranean island, where legend has it Aphrodite was born, is a fantastic place to go, notwithstanding its dysfunction

The sound of music is everywhere! 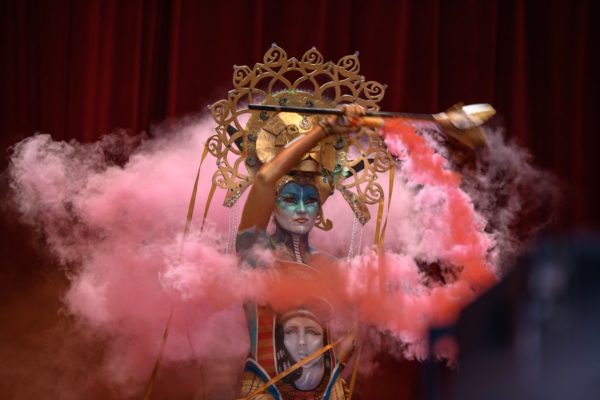