When Mark Ellman and his wife Judy moved to Hawaii in 1985, they were seeking a peacefulness that eluded them in Los Angeles, where Mark ran a catering business for rock stars. He was literally a rock star chef! “The first morning we were here, we walked outside and I said ‘Listen’ and she said, ‘I don’t hear anything but birds and surf.’ I said ‘exactly,’” he tells me.

“My father, who died when I was very young, loved Hawaii, and vacationed here once a year. I was too busy, with girls, and sex and drugs, and I never got to Hawaii until after he died.” 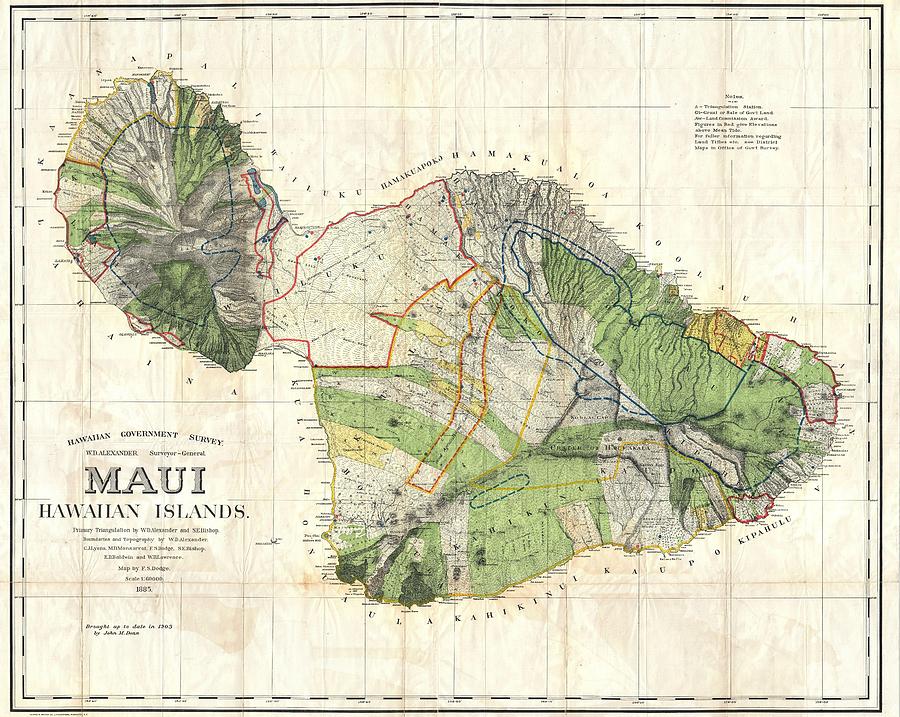 When they got settled, he connected with legendary local chefs Roy Yamaguchi and Sam Choy, and, along with a handful of others, became part of a movement to re-invent Hawaiian cuisine, returning to an emphasis on local farm produce and proteins, reviving classic recipes that had been collecting dust and making them new again.

If you wondered where Hawaiin cooking went that it had to be recovered, the answer, as Mark tells it, is that because Hawaii was such a hot tourist destination in the ‘70s and ‘80s, most people coming to the islands with money to spend stayed at the hotels where the chefs were invariably Swiss, German and French. They were cooking European continental food, and using ingredients flown from the US. This included — incredibly for a land surrounded by perhaps the cleanest water on the planet — frozen fish. “We have the most amazing seafood, but there was a lot of frozen fish,” remembers Mark.

So most people were never exposed to real, traditional Hawaiin food, until Yamaguchi and Ellman and the gang brought it back. 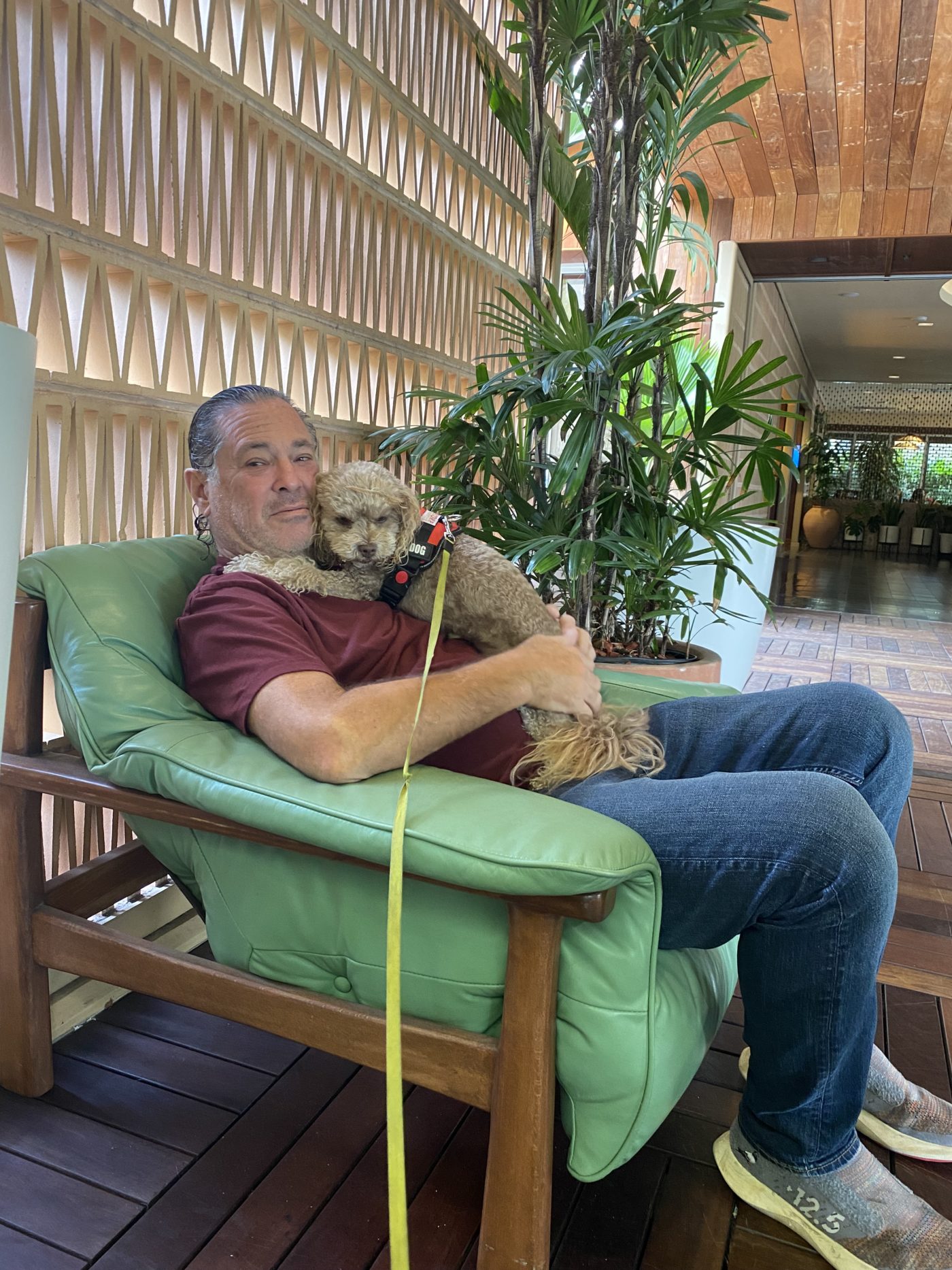 Mark and his dog Coco, chilling at Frida’s

Mark has had over 17 restaurants in the time he’s been there, and now just has one, the magnificent Frida’s Mexican Beach House on a spectacular beach in Lahaina, a district of Maui. The food is sumptuous, imaginative Mexican dishes, using all local ingredients except for the chilis they import from Mexico (where, I have subsequently learned, there are 100 different kinds of chili).

From where he lives he can see the islands of Lanai and Molakai, the latter of which has 15,000 residents and a leper colony — there are not many of those left — where the famous Father Damian once lived among and tended to the lepers.

“Did you know that Hawaii is the most isolated piece of land on Earth?” Mark asks me. I did not. “It takes five hours flying to hit land in any direction. In Hawaii we don’t do road trips, we island hop.”

Why go to Maui? Is it the most beautiful/interesting of the Hawaiian islands?

Maui is rural beautiful because of its beaches, Haleakala Park and amazing volcano, its water sports, the humpback whales and its peacefulness.

The Haleakala volcano is 10,000 feet high, and a spectacular national park, where people gather at the top of the volcano to watch the sun come up. The terrain is very reminiscent of the Moon or Mars. There’s an Observatory at the top, one of the largest if not the largest telescopes in the world. The sky is so clear over Hawaii that it’s a perfect place to look at the stars.

Is there a best/worst time to go — in other words, by the time I’ve made up my mind, have I already missed it? (Just asking for, er, a friend.)

Best time for weather is late fall, early winter. The weather is great. Whales start coming in November until Easter.

At the Humpbacks of Hawaii Exhibit & Sphere, in the Maui Ocean Center, the whales are up close and personal in the Sphere theater

What are the places and experiences it’s most critical to see and have while there?

You have to do sunrise in the Haleakala crater. My friend Jan Roberson does celestial tours at the top of the volcano — you get such great views of the skies, there’s no light pollution

Kaanapali Beach, one of the most beautiful beaches in Hawaii. Also Baby beach, which is very safe for children, almost no waves. You don’t worry about drowning, or sharks, on Baby Beach. Very calm sea there.

You can do sport fishing at sea, and paddle boarding off the beaches.

Jaws — Peahi in Hawaiian — has some of the biggest, most consistent waves in the world. Surfers have to be towed out to surf. Mama’s Fish House is next to Jaws, right on the beach — very eclectic atmosphere, very thoughtful food, the opposite of touristy food. The chef and owner, Floyd Christianson, both believe in local products and Hawaiin culture, and cook with very creative techniques. Been there since the early ‘70s. 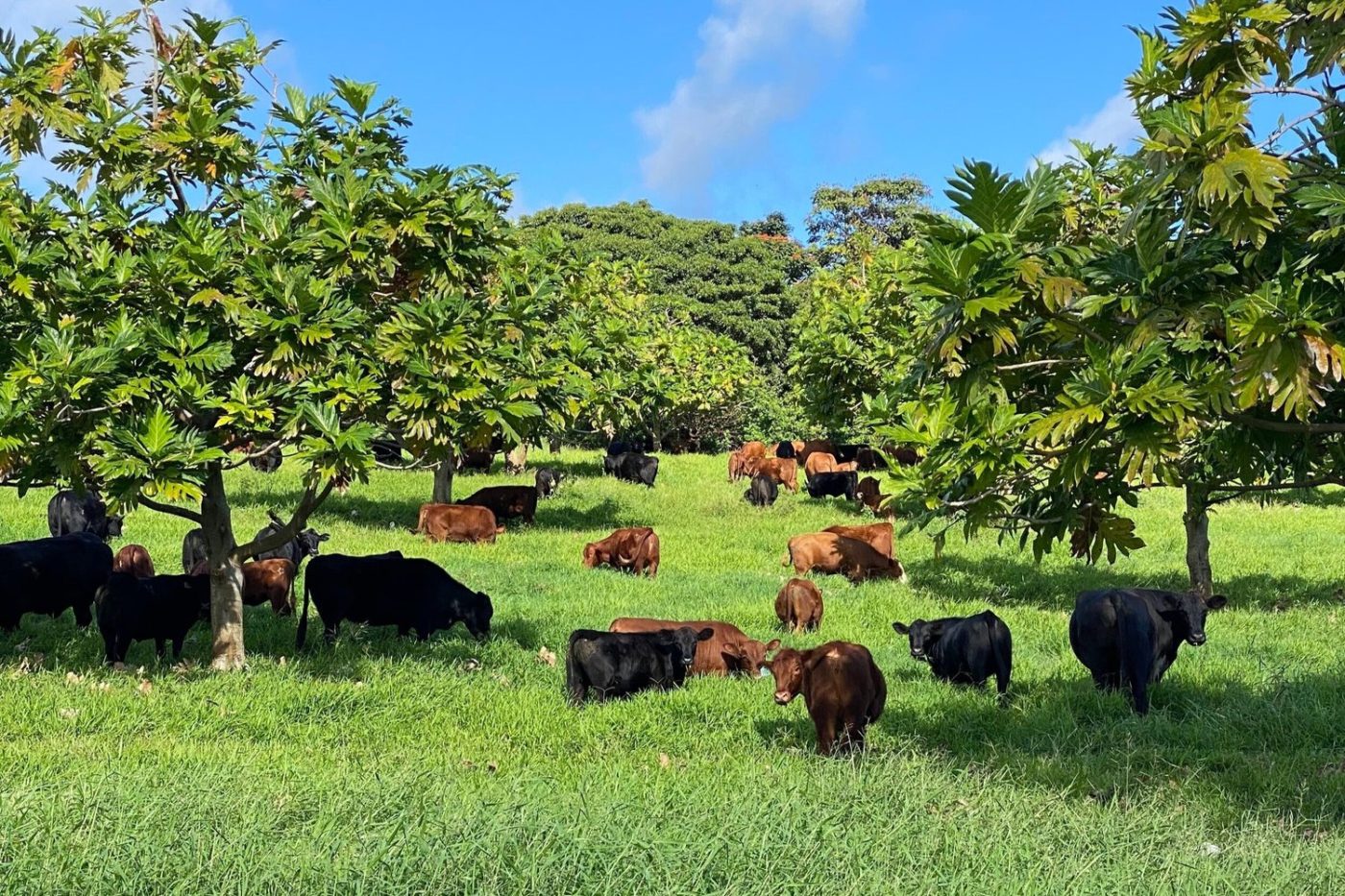 For the record, we at WONDERLUST are preternaturally lazy, and really would almost always rather lie down somewhere, preferably on a beach, preferably near a well stocked source of alcohol. And I might be using the Royal “we”. Where would you advise such people to go?

Sum up Maui in a sentence. I dare you.

Home, peaceful, colors, the water, mountains, the food, and of course the Hawaiians.

What does Aloha mean? I know it’s deeper and more spiritual than a greeting, because you and other Hawaiian friends have told me, so please explain!

To me, and many, Aloha is about caring — for the people, the land (the Aina), about doing the right thing, always!

Is there a danger of too much tourism to such a distinct paradise as Maui?

Definitely. For one thing, we don’t have freeways, so traffic is more than it should be.

Where are the best 3 hotels to stay on the island — and why?

How long is the perfect visit?

37 years — just kidding! 10 days is about the perfect visit. Maui has mucho snowbirds. 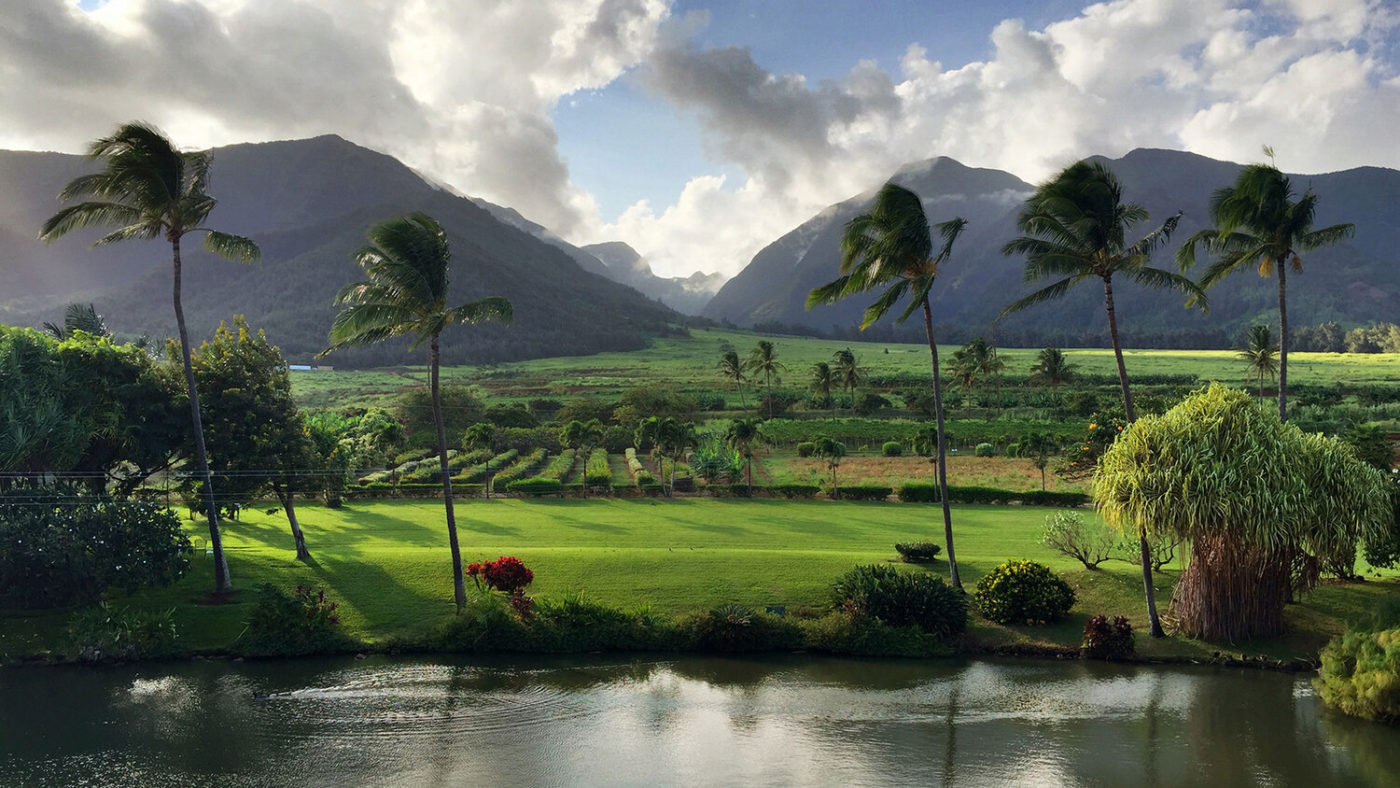 What, in your rough estimation, are the odds that a visitor will want to move there?

Everyone wants to live here! However you have to be willing to give some things up. Maui has a way of letting some people that do not belong here, know to move on. It is a very peaceful lifestyle. Some say boring.

I’m not saying Hawaii is the most beautiful place on earth, but it’s close. It’s my favorite third world country.

Want to know where to eat in Maui? — of course you do! Well, go here to our article ASK A GREAT CHEF

THE 9 MOST FASCINATING PRESIDENTIAL LANDMARKS

These libraries, museums and monuments are not just for school trips

A GUIDE TO DISNEY AULANI, HAWAII

If you’re going to the Disney Aulani Hawaii resort for the first time, here’s some guidance… 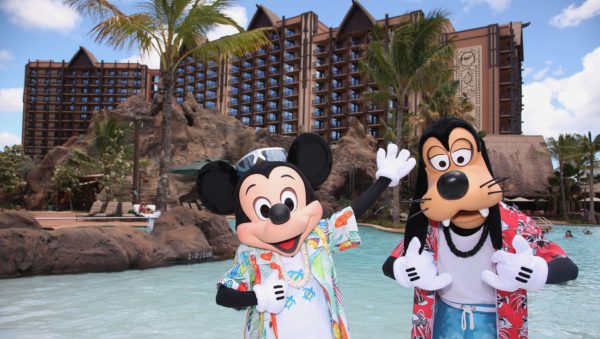 A pair of old hippies who've been doing the Disney circuit since forever, at the pool