Listed as one of National Geographic‘s Unique Lodges of the World, this ecolodge in Sapa is absolutely breathtaking. Located on top of a hill far away from the tourist hub of Sapa’s town, Topas has 33 chalet-style stone bungalows, each with a stunning view of the mountains. The lodge also offers a variety of treks through remote villages and markets. However, you might just want to spend your time at the spa or sunbathing at the tranquil infinity pools, which are nestled in between rice paddies overlooking the mountains. The best part is, you can rest assured that your luxurious stay has a positive impact. The lodge holds a steadfast commitment to sustainable tourism. They employ dozens of workers from nearby villages, provide educational opportunities for the local community and conduct a variety of programs to minimize their environmental impact. I spent a few days here last summer and it was incredible. 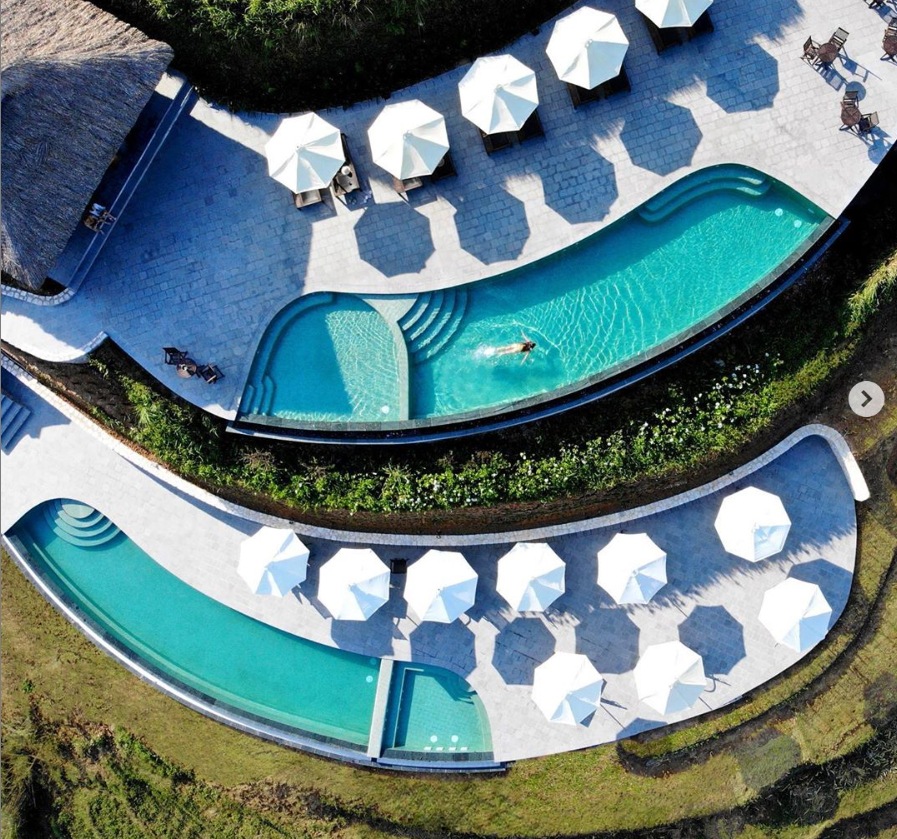 You might want to cancel the excursion you booked for today…

To visit the Torres Strait Islands is to visit a triumph against imperialism. At the end of the 20th century, the political efforts of the Torres Strait Islands would’ve made an Irishman sing! After being claimed by the English and made part of Australia, the people of these approximately 274 islands made significant strides in improving indigenous land ownership come the 1990s.

In 1992, the Mabo court decision went in favor of supporting aboriginal property rights. According to Aiatsis, a local government history resource, the case found that “…the lands of this continent were not terra nullius or ‘land belonging to no-one’ when European settlement occurred, and that [aboriginal people] were ‘entitled as against the whole world to possession, occupation, use and enjoyment of (most of) the lands…”

The islands’ sea features and their rarity make them a pearl (we are speaking metaphorically, but it was actually local pearl shell abundance that attracted foreigners). Most of the islands are uninhabited or you’re not allowed to visit without permission. Check out the main Thursday and Horn Islands to begin your journey. Contact the Torres Strait Regional Authority to investigate your options for other posts.

Visiting these islands is an opportunity to take in aboriginal culture that is often overlooked — and often systematically oppressed around the world. Music, food, colorful patterns, and insight on local wildlife that’s been developed over thousands of years awaits. 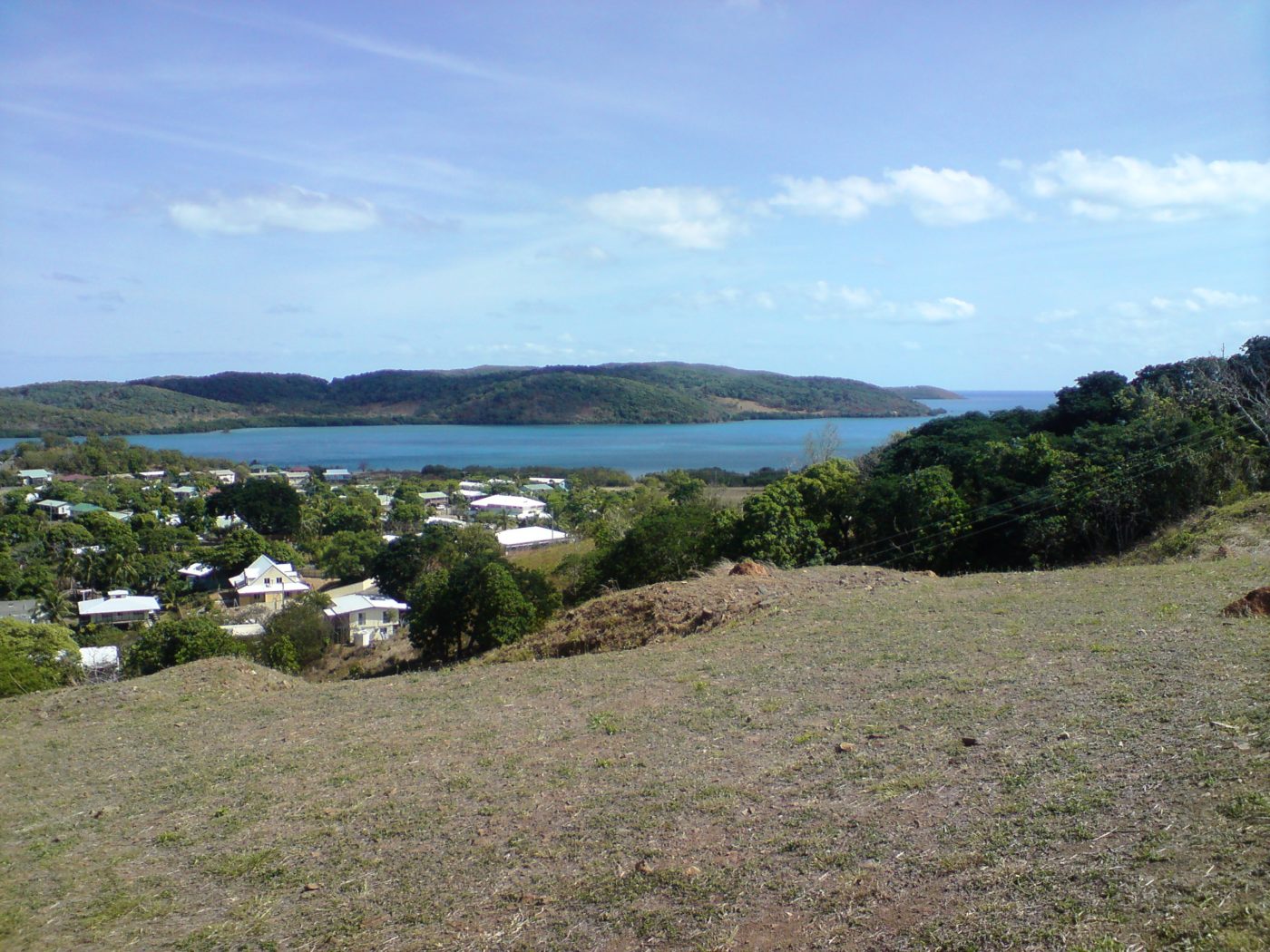 The Torres Strait islands offer a perfect combination of nature, history and culture

This magical city and its surrounding villages left my wife and I in awe. In the walled-off city center, the architecture and local cuisine will have you at bonjour. Venture outside the city and you’ll be surrounded by some of the most famous vineyards in the world. Quiet, calm and easy going is the vibe in this part of Burgundy. Most wineries are happy to give you a tour, and even sell you a bottle or more of their delicious fermented juice. Take your wine exploring to the next level with a trip along the Routes des Grands Crus. Yup, just like it sounds: a trail that will take you through some of the best wine villages in the area. 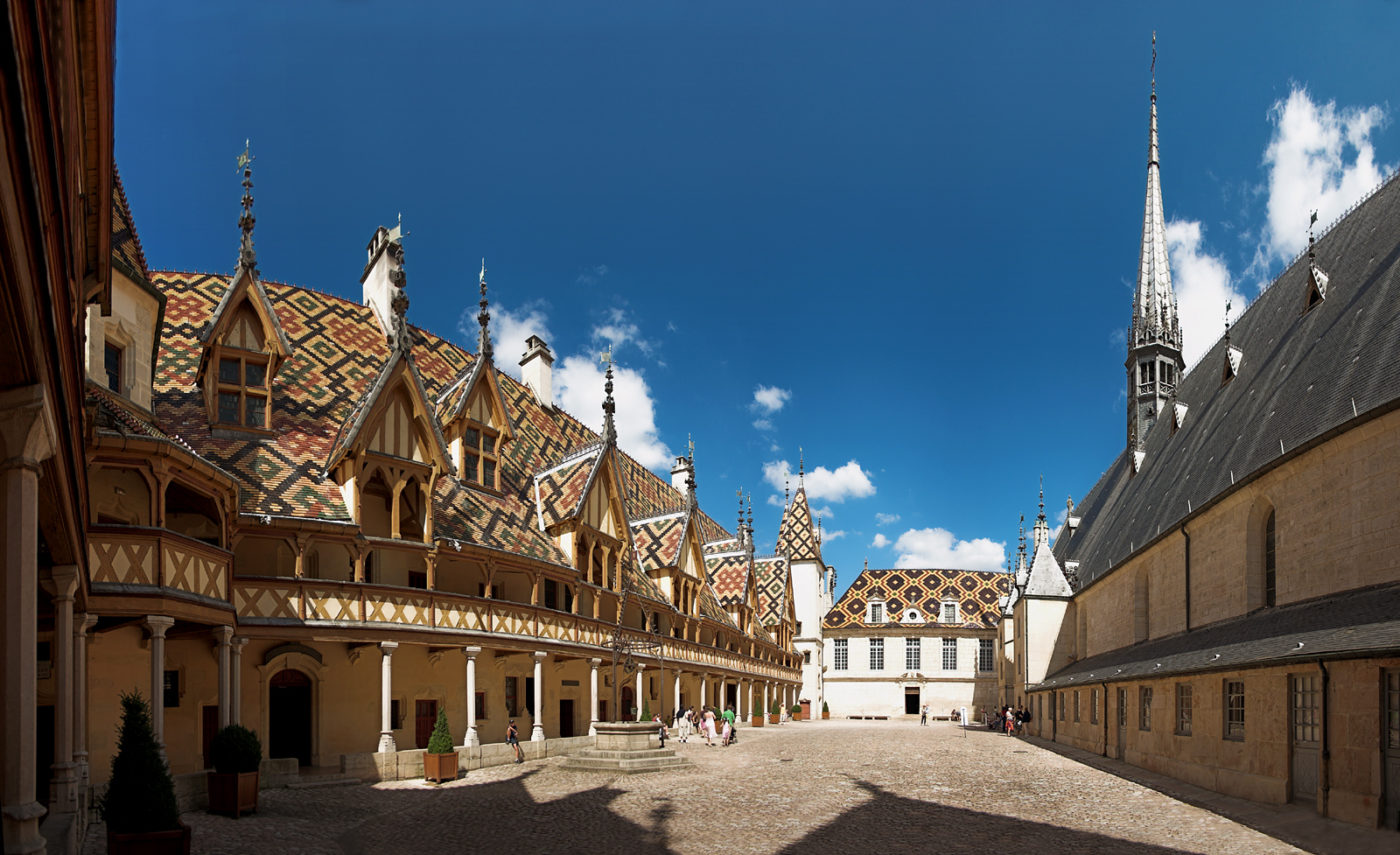 Even without the wine, this village is pretty breathtaking

Be a Miner at Zipaquirá Salt Cathedral, Colombia

If you were headed away from sunlight into dim subterranean tunnels, you mightn’t think of God, but maybe some fiend with horns? However, in the Colombian city of Zipaquirá, there’s a cave that’s also a church. The Catedral de Sal (Salt Cathedral) was carved out by miners almost a century ago as a haven to express faith when facing inevitably perilous jobs.

While excavation in the area began in the 1800s, the Salt Cathedral was initially built in the 1930s. Due to instability, a new space was constructed in recent years. Hefty pious structures built out of NaCl (the chemical equation for salt) standout with dramatic hues all over the dim cavernous network. According to the cathedral’s official government website, it is 180 meters (about 591 feet) underground.

One of the features of the cathedral is the salt mirror. A shallow pool of water that would’ve been used for mineral harvesting, it creates an incredibly pristine reflection of the chamber above it.

Around the world, there are so many religious sites chiseled out of caves or cliffs. However, when you enter into the depths of the Salt Cathedral, imagine the stories of unflagging and endangered men looking to a halite cross for salvation. Halite is the salt crystals that make up the mine. 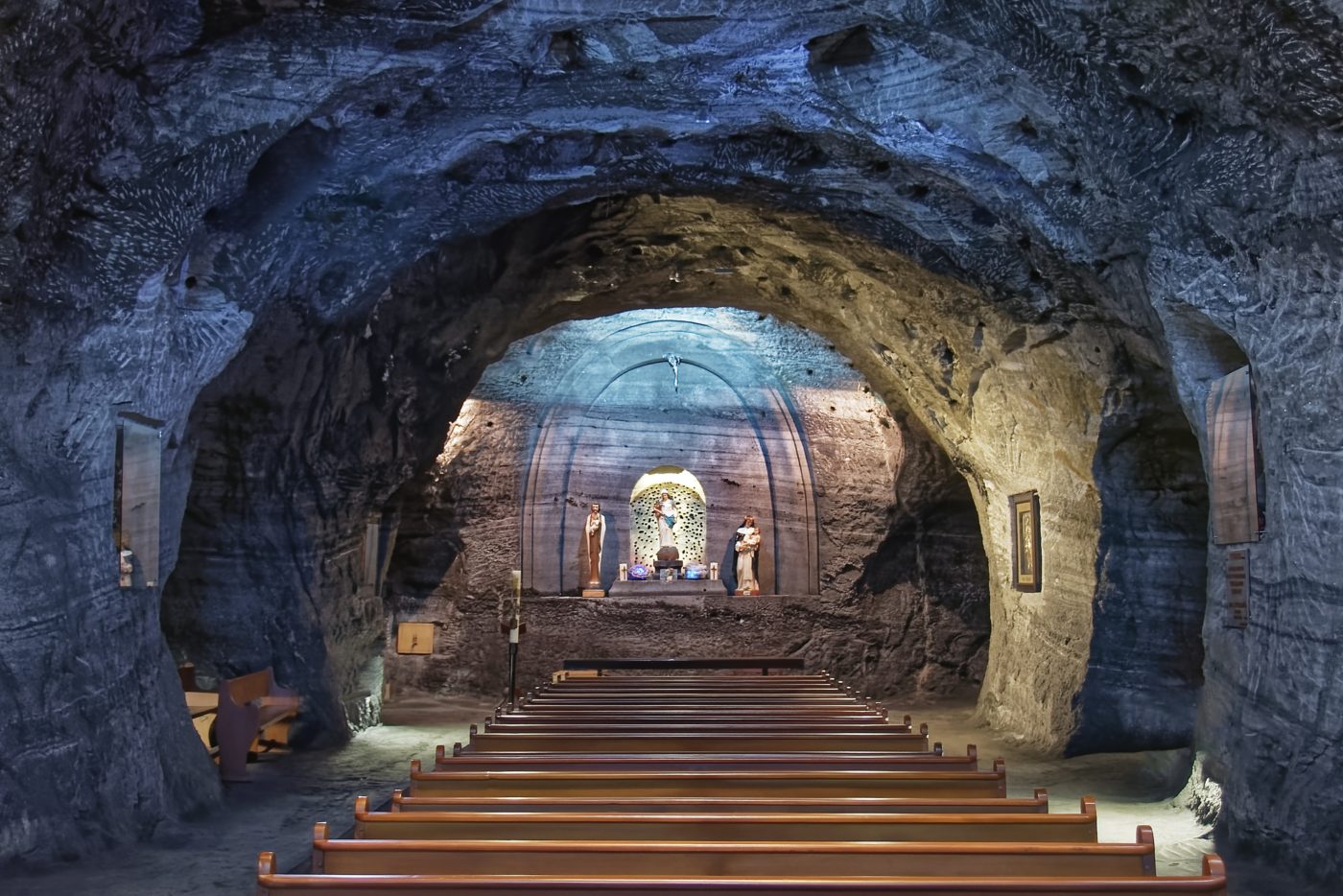 Perhaps cue “Mexican restaurants in Hawaii” jokes here, but do so at peril, for you’d be discounting one of the best American chefs in business today. Mark Ellman is part of the vanguard of brilliant, innovative chefs who revived and reinvented traditional Hawaiian cuisine on the islands in the mid ‘80s. Frida’s inspiration came from his salad days in Los Angeles in the ’70s, when he and his wife would drive three hours to Mexico. They married at (and often returned to) a resort called Rancho Agua Caliente (“the rooms were $12 a night,” he says) and ate the simple, authentic and delicious food chef Lupe made them. The food at Frida’s is bright and light and the traditional dishes are re-imagined as you might find them in a Michelin-starred Spanish restaurant in the Pyrenees. The restaurant is unfussily furnished and open-aired and sits on a gorgeous beach in Lahaina in Maui, where turtles feed and lie at the water’s edge. Being Hawaii, some of the world’s most isolated islands, five hours by plane from anywhere, there’s an emphasis on outstandingly fresh and especially clean-tasting seafood. 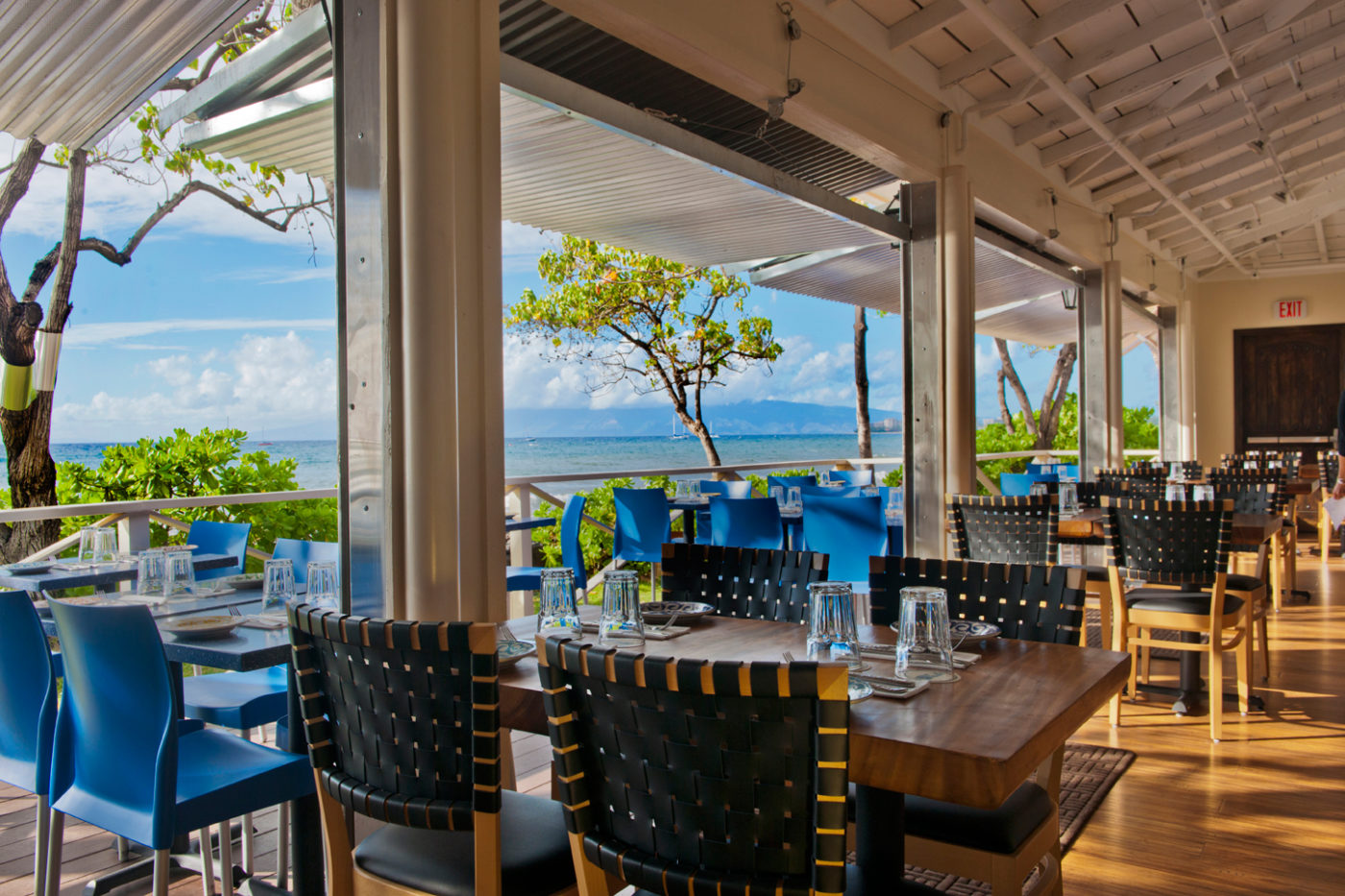 OK, yes, I will have another margarita… ***Tony Novak-Clifford***