Surrounding this tiny isolated resort village are massive 600-foot sand dunes and they are calling you to have an adrenaline rush. Rent a dune buggy to drive these dunes at top speed, then strap a sandboard to your feet and zoom down over the finest grains of sand. It’s just like snowboarding, but without snow. Fear not if standing upright is a fear. Opt for a bodyboard and lay on your stomach for sand sledding.

At the bottom of these dunes is the exotic village of Huacachina, four hours south of Lima two-and-half hours north of Nazca. You are welcomed by a mermaid statue because one lives in the lagoon’s green waters. Legend has it, of course. This “Oasis of America” became popular among rich Peruvians in the 1960s when it was thought the lagoon’s water had therapeutic properties. Today, bars and clubs line the village attracting backpackers coming for day trips. So far, nobody has spotted the mermaid.

Everything is made in China it seems, even space travel. Whether Mars gets colonized or not, you can experience a simulation of the Red Planet in the middle of the barren, dusty red topography of the Gobi Desert.

The Mars Base 1 Camp, built by Chinese companies C-SPACE and Jinchang Star Universe Culture & Tourism Investment Co. opened in April as an educational facility for teenagers, but  with the intention of making these desolate hills a hot tourist destination. About the size of a football field, Mars Base 1 Camp comprises several interconnected modules and lets aspiring space travelers try on mock space suits, sit inside a mock space capsule or be in a Mars-like cave, astronaut sleeping capsules, and a laboratory that houses fake vegetables. No knock off jokes here please. To get there, find your way to the town of Jinchang, about 25 miles from the camp. 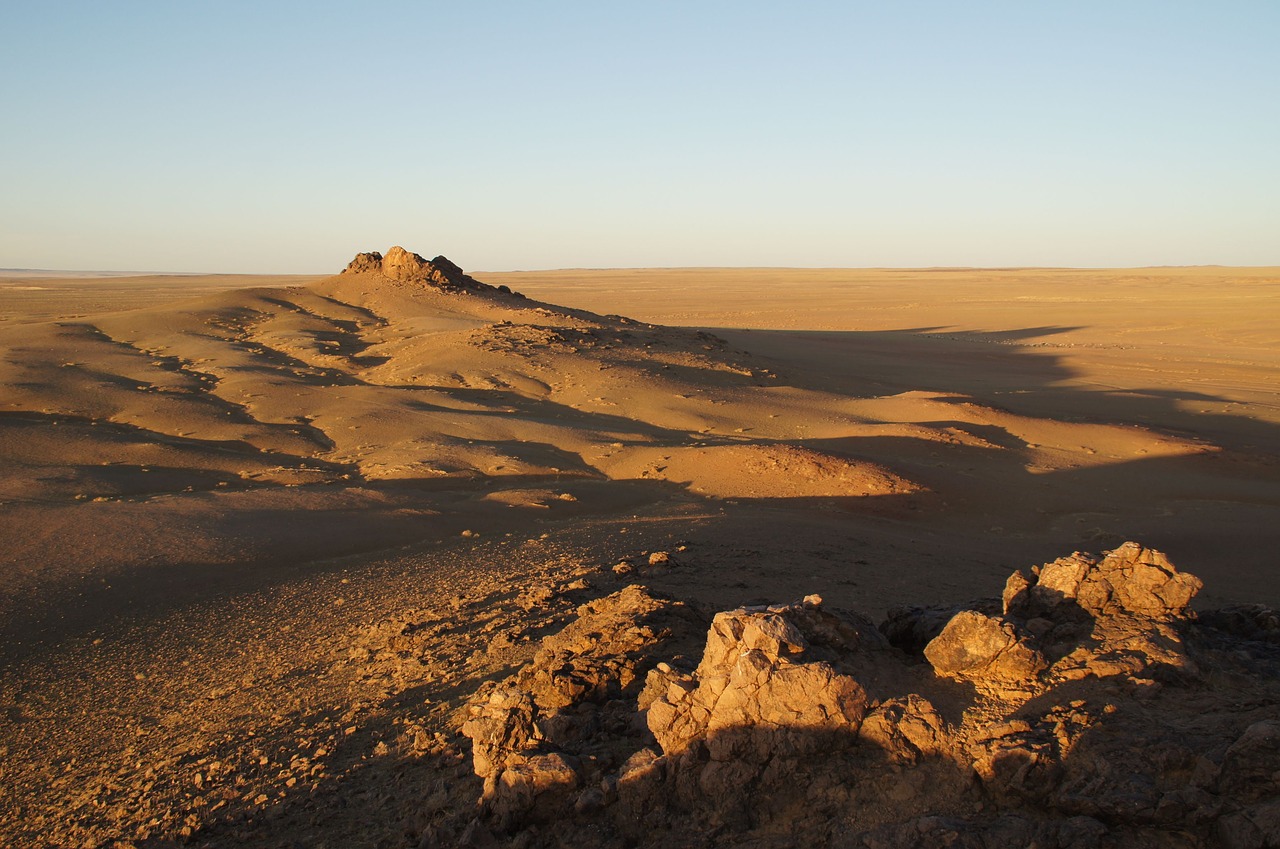 There are many famous cemeteries, and many beautiful, and many very old, and there are no shortage of crypts stuffed to the gills with popes, kings and queens and knights. New Orleans practically markets theirs, and the one in Paris where Jim Morrison, among other free spirits and rogues romanticised a little more than they warrant, is probably the world’s first burial ground that can legitimately claim overtourism. But the most colorful and certainly deliberately entertaining is surely the Cimitirul Vesel, the Merry Cemetery, in a small town called Săpânța, in Romania.

There the graves are all brightly painted, adorned with an ornately carved cross and, most intriguingly, a poem that is a truthful and often irreverent obit, done by a local artist who is continuing the tradition begun by his father in the 1930s. These are mini life stories, like drops of water on a window pane showing the whole street.

One such poem, as quoted on the Romanian Tourism site, reads:

Stefan is my name.

As long as I lived, I liked to drink.

When my wife left me,

I drank because I was sad.

Then I drank more

to make me happy.

So, it wasn’t so bad

that my wife left me,

because I got to drink

I drank a lot,

So you who come

to my resting place,

“It’s the real life of a person. If he likes to drink, you say that; if he likes to work, you say that … there’s no hiding in a small town,” the perfectly surnamed artist, Dumitru Pop told a journalist from the Toronto Star. “The families actually want the true life of the person to be represented on the cross.”

A final resting place is one reservation we all have. At least this one encourages having a drink in the afterlife. 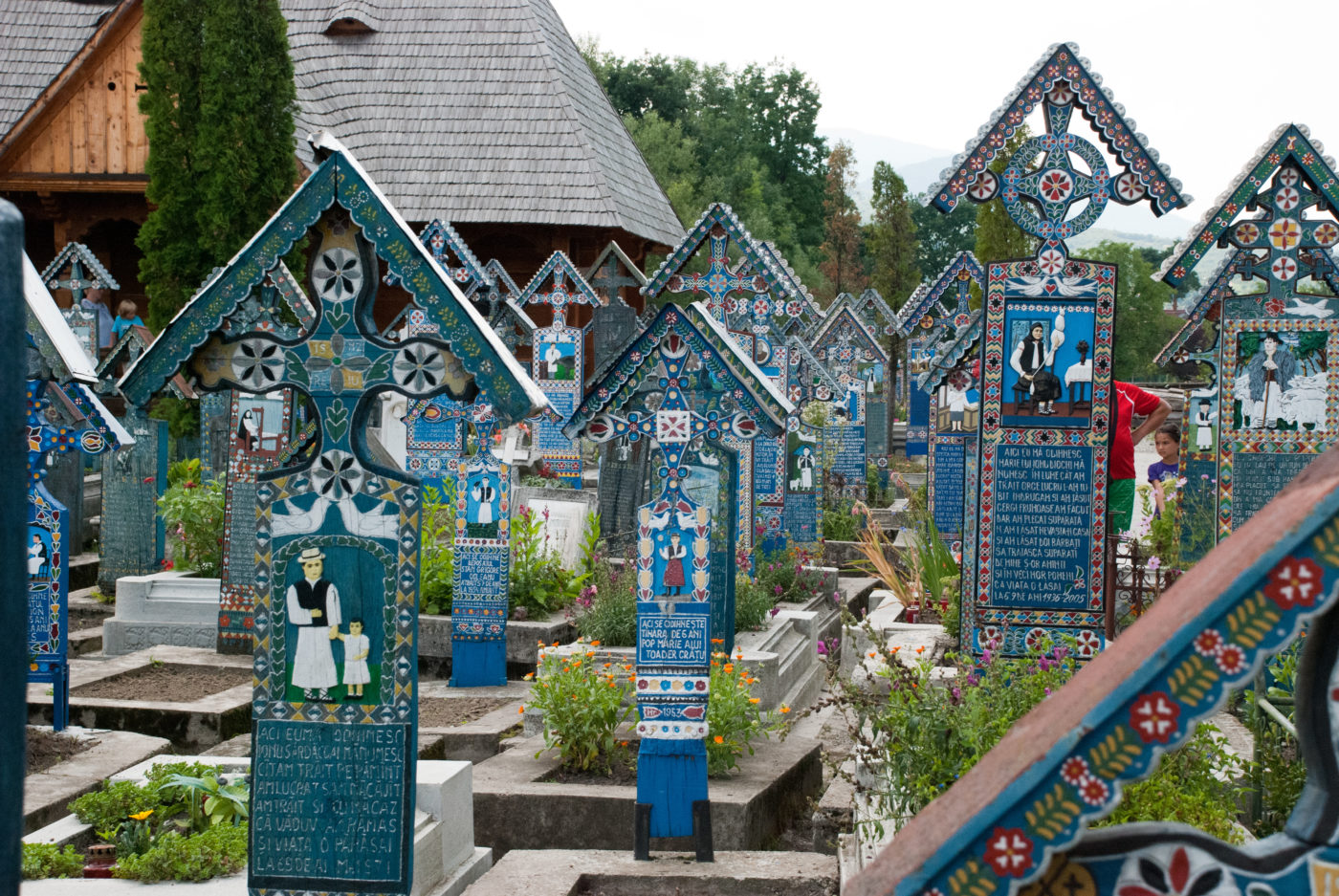 North Korea is the least likely place one would think about being friends with, but up in the mountains sits a building that houses every gift ever given to North Korean leaders Kim Il Sung, his son Kim Jong Il and grandson and current oppressor Kim Jong Un, by other heads of state. Why would anyone give anything to a North Korean despot, you may ask, but giveth they did from 184 countries.

Over 100,000 gifts are on display, including a crocodile-skin briefcase from Fidel Castro, a limousine from Josef Stalin, a train from Mao Zedong, chopsticks from Mongolia (really, Mongolia? That’s it?) and a whole lotta taxidermy. Not all gifts came from the dark world. Even the United States took part. Former U.S. Secretary of State Madeleine Albright sent over a Michael Jordan autographed basketball. No word on whether the Kims sent thank you notes. 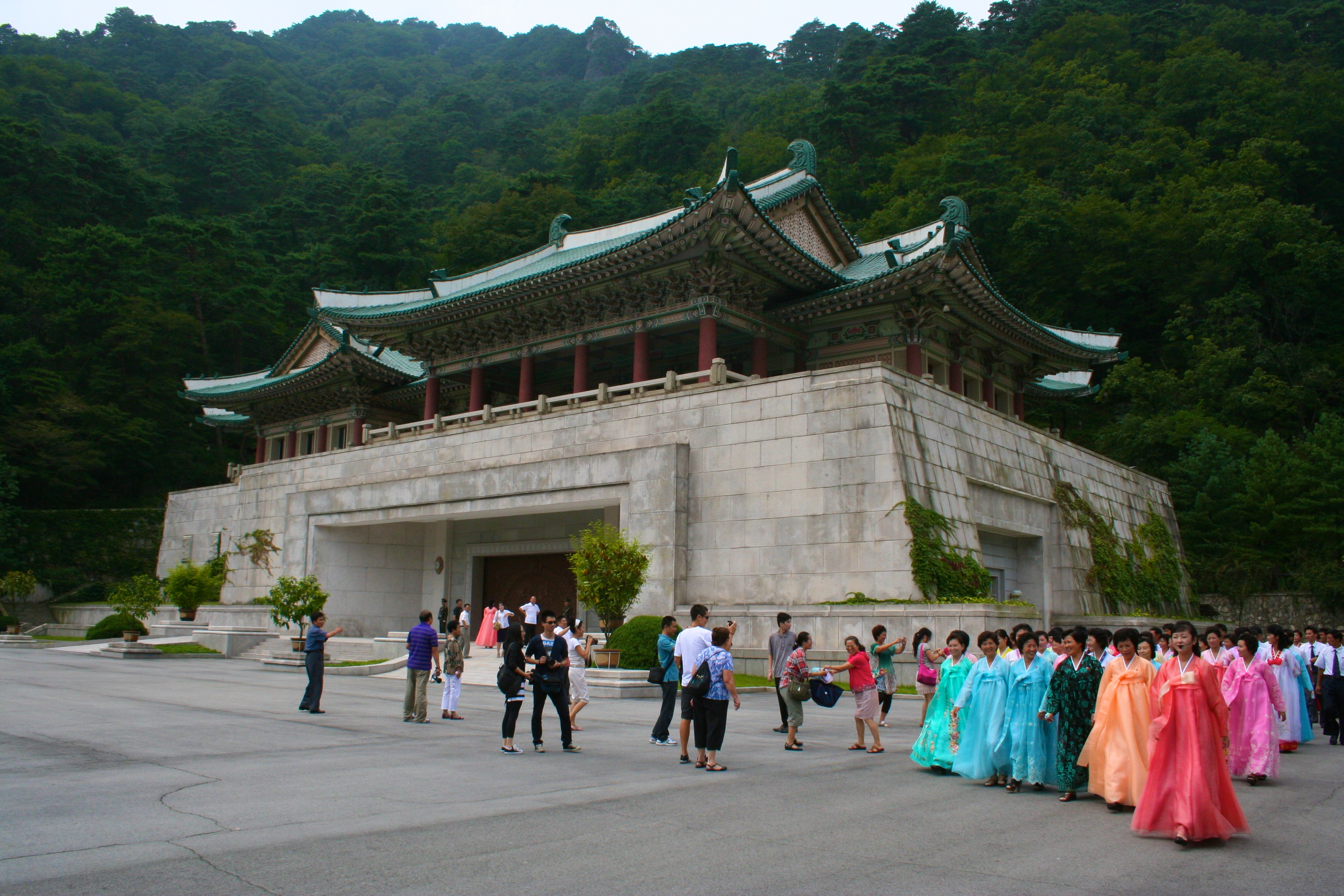 Goat Island, or Te Hāwere-a-Maki, just north of Auckland in the Cape Rodney-Okakari Point Marine Reserve, was established as the country’s first marine reserve in 1975. If you are a diver a must do experience is night snorkeling to see the ocean inhabitants who only come out then. In fact, if you are not a diver you should do this. Under the waves is a world of deep reefs, sandflats, rocky shores and underwater canyons and cliffs all crowded with sea life, each habitat with its own fantastic variety.

Night snorkeling is a guided dive, as everything looks a little different under the waves, and starts by meeting at sunset at Goat Island Dive & Snorkeling Centre for gearing up. If you don’t have any gear it is available for hire – all divers get a torch, that works underwater so you can see the splendour, and glow sticks, so your guide can see their charges and keep track of them. Actual start time of the dive depends on the sun setting but it is recommended you allow 3 hours for the event.

Doesn’t matter if you are experienced or trying it for the first time, Goat Island Dive & Snorkel has you covered. 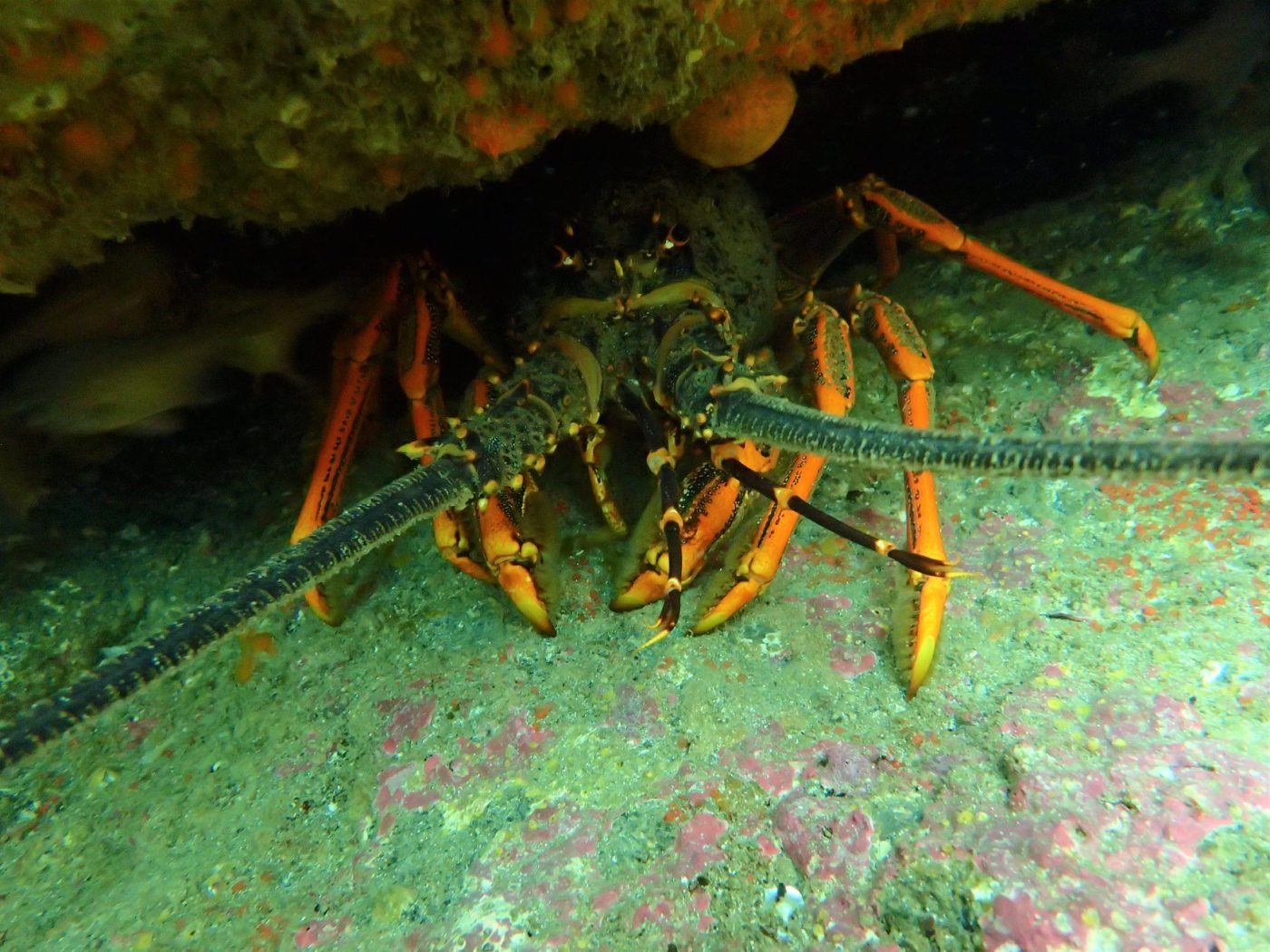 One of the most beautiful hiking paths in the world, a dramatic coastal walk of 3.2 kilometers (about two miles) that hugs the rocks and cantilevers over the white-capped Mediterranean Sea below. Lots of stairs and a bit rocky in parts, go on a weekday when it’s not crowded, not that the market for people walking two miles over rocks is ever that saturated. And, by the way, you’ll be in the Cote D’Azur, between Nice and Cannes, in an extraordinary old port town which has one of the world’s greatest hotels, the immortal Hotel Cap Du Eden Roc. Right about now, we do not feel sorry for you. 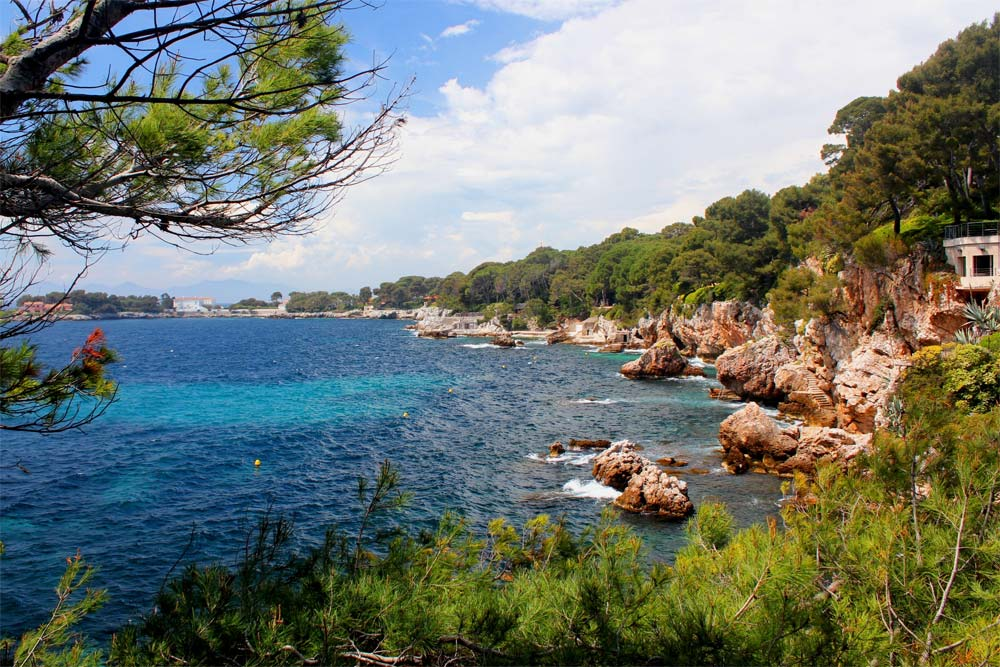