In the early 1990s Nirvana, an unglamorous band out of Aberdeen, Washington, near Seattle, comprising singer and guitarist Kurt Cobain, Bassist Krist Novoselic and drummer Dave Grohl, changed rock ‘n roll more profoundly than any other group since the Beatles. They’d been on the Northwest scene for a few years, releasing a largely unnoticed record on a local label, Sub Pop, and were bubbling up as the Next Big Thing, until the release of a single, “Smells Like Teen Spirit” from their second record in 1991, made them very much the Next Big Thing.

Until 1994 when Kurt Cobain committed suicide, they were not only the most popular band on the planet, they were the most dynamic musical force. They were original and glorious. After the band dissolved in ‘94, Grohl started the Foo Fighters and Krist Novoselic mostly retreated to the farm (literally, he has a farm in Washington), doing a few musical projects here and there, and getting involved in political activism, starting JAMPAC (Joint Artists and Musicians Political Action Committee) and joining (and now chairing) FairVote. He now has two groups he performs with, a brilliant new band Giants in the Trees and a more experimental group (I think it’s fair to say, which is usually prelude to being completely wrong) called Butterfly Launches from Spar Pole.

He also learned to fly a plane!

We’ve known each other since the early 90s and in 1992 I assigned him to cover the war in Croatia, where his family is from, for SPIN. We both thought this was a great idea and on the morning after Nirvana’s last show of a world tour, Krist flew from Rio De Janeiro to Zagreb to be a war reporter. But this idea wasn’t, shall we say, universally welcomed. Nirvana’s management blew a gasket, and Kurt Cobain called me from Brazil and screamed: “What have you done! You sent my fucccckkkkkinng bass player to a war zone!”

All ended well. Krist wrote a brilliant first hand account of the front lines between Croatia, which had newly declared its independence, and Serbia, desperately trying to hold onto Yugoslavia. The piece is available somewhere on SPIN.com! 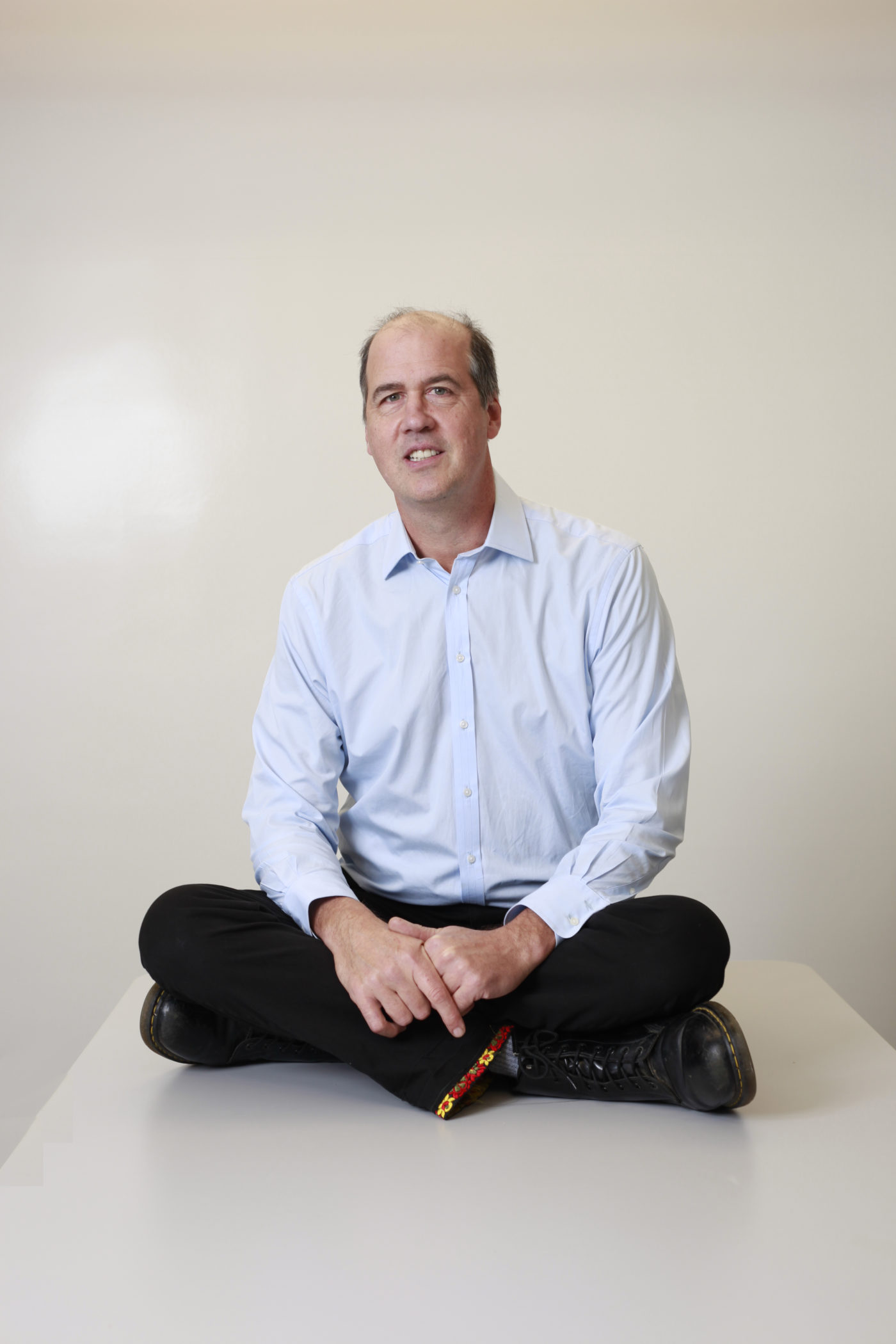 What is the most magical place you’ve ever seen or been to? Where took your breath away?

I live in the Willapa Hills, located on the southwest corner of Washington State. It is where the Columbia River and Pacific Ocean meet. It is a land of breathtaking nature—tall trees, powerful surf, lots of rain. At the same time it is a ravaged land—the place where most of the fiber for your Prime boxes come from. I live at the intersection between nature and industry; you see it around every corner.

Where soothes your soul?

I like a sunny day after a week of rain here on the homestead. We get these storms called Sou’Westers that dump many feet of water on us over the course of days. It’s about emerging from the deluge and breathing the clean air.

What three countries’ food do you most enjoy?

My favorite are the USA, Croatia and Japan. Here in the US, good food comes mostly at home. We have good local organic farms that we buy direct from. Most restaurants are a crapshoot, too many “cook out of the box”, you can literally recognize the same menu items obtained from the same distributor—it’s industrial cuisine! Nevertheless, finding that good restaurant can be a real thrill. I really like Croatian food as there is a homestyle ethic where they focus on tradition. This is at home or in eating establishments. And Japan is another serious food culture with an eye on creativity with what they’re cooking and how they present it.

What country does it as right as anywhere can, culturally, environmentally, politically?

I think the USA does it right with the uneasy marriage between capitalism and socialism. There is a push and pull of these dynamics that seem to find a general balance. I don’t buy an exclusive message of one way or another. Politically, the USA is a mess and we are in a very polarized era. I think we need proportional representation to not only give more people a voice, this will also foster moderation in our politics.

Which place or country saddened you the most?

The USA can be such a diverse, wonderful place. At the same time, places can seem like a facsimile—stamped out of the same machine. And people tend to resemble these places too. It’s like bad food, bad design, bad fashion, reproduced ad infinitum. The USA has a high standard of living compared to many places in the world, and to think people don’t take advantage of that build their own world. I did this when I was a broke musician in my early 20s—I know personal independence can be achieved.

It seems like Nirvana were most appreciated in Great Britain. That was the place where we got our first, big recognition. I think we were least appreciated early on in big US cities—where audiences can be jaded. Play somewhere off the beaten track and people appreciate you more. 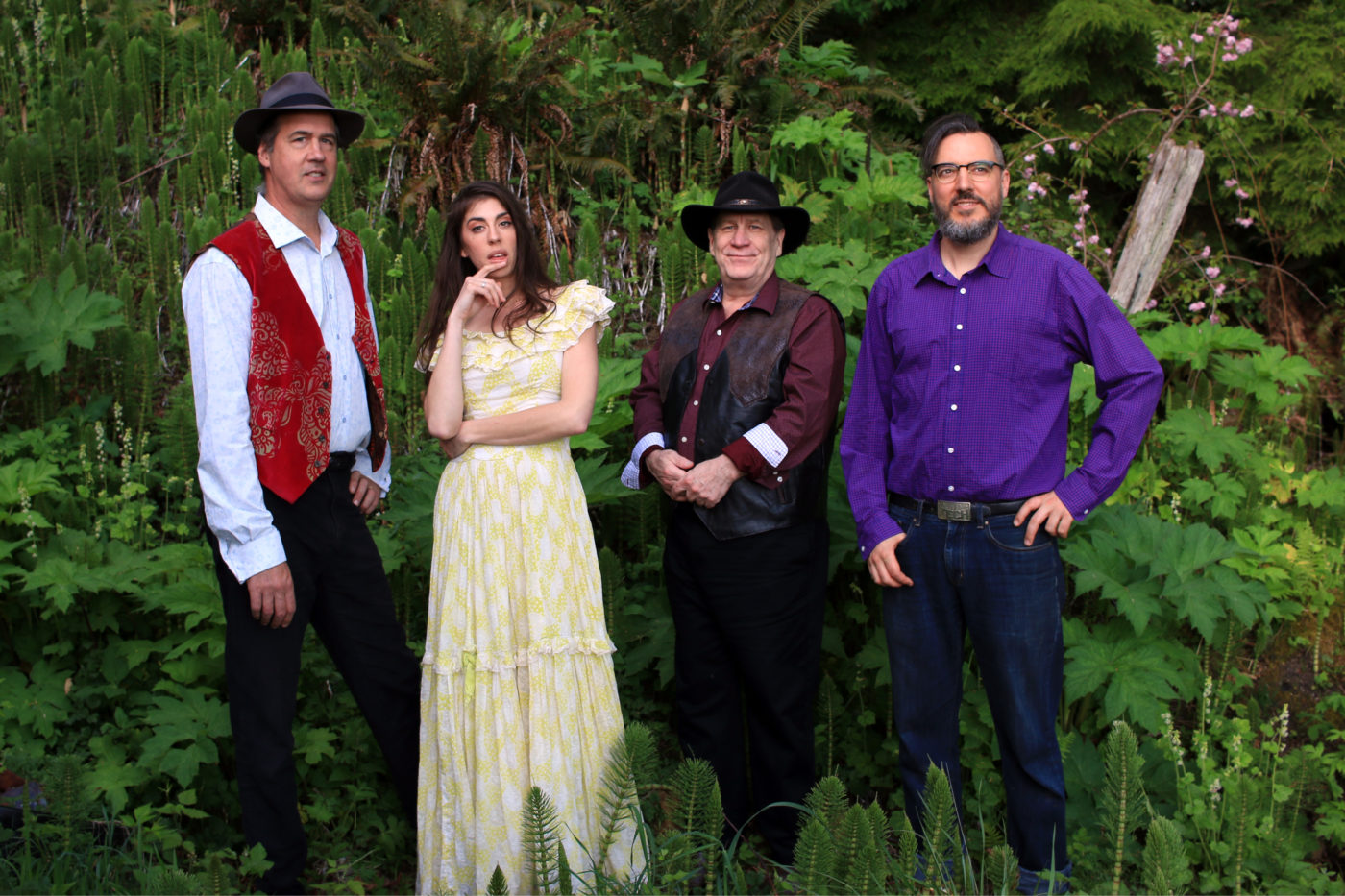 They might be Giants in the Trees: Krist Novoselić, Jillian Raye, Ray Prestegard and Erik Friend

Is touring more fun when you are in the biggest band in the world, or when your band is mostly unknown?

It’s more fun when you are huge as more people know the material. I am really excited about my band Giants in the Trees. I think we make some great music, but we are 100 percent DIY and need to promote the group more—so most people have not heard of us. Nevertheless, when there is a bond created between any band and an audience, that is the magic of music. It can be happy on any level.

What three musicians would you most like to play with?

Dave Grohl, Pat Smear and Paul McCartney are a blast! So many more!

What’s your favorite hotel in the world?

I had a good time at the Savoy in London. There is a framed photograph on the wall in the bar of Richard Harris with a bottle of champagne in front of him. This image was taken in the hotel. That says it all for me.

What do you think are the political/social priorities for this country to make it actually great again?

Whichever group can merge social networking with political association will dominate politics for the next generation. The current system gives too many incentives to political consultants and the other insiders and that is why they dominate. Voting rules discourage grassroots political association in our country. We need stronger social institutions and political parties fit into this. Parties are the voice for a group sharing needs and values. Parties package issues in ways that help voters understand issues. Our voting rules need to meet the needs of the Information Age—which is based on the simple notion of people connecting.