Summertime in Massachusetts means one thing: hating the Yankees. OK, two things, because now is the season for lobster rolls. Those delicious seafood sensations are most prominent and in their glory and pomp during the sweltering months. Like mosquitos or illegal fireworks. And they are best served during obnoxiously humid days in June. Like the ones I happened to have spent recently in the region generally and perhaps slightly chillingly known as Western Mass.

Aside from Clam Chowder (and Fluffernutter, which is a whole other thing, man), there is no other New England chow like the Lobster Roll.

Most Lobster rolls look identical: huge chunks of red & white meat, stuffed inside a lightly toasted hot dog bun or a buttery roll, served with a lemon slice. But any friendly New Englander (I’ve met one so far. Let’s call him Joe) will tell you that they don’t all taste the same. And there’s no shortage of spots that serve them. From chain restaurants (pass) to Bourdain-approved mainstays. But I like seeking out the hidden secret places. I’m like Indiana Jones, but with a gut. And lacquered in mosquito repellent.

The first place Joe directed me to was in Williamsburg, just off interstate 9.

Parked in the lot next to a general store was a food truck, Local Burgy. As the name might suggest, it specializes in cheeseburgers. In fact, they have five different signatures bovine patties – including the “Local Burgy”, which I assume is named after their food truck, if not the other way around. Like Bad Company had a song called Bad Company. Well, on this particular day, there was a line full of good company waiting to order their seasonal-only lobster roll.

The line moved quickly. I placed my order and While waiting for my name to be called, I took a seat at one of the nearby picnic tables, under the relief of a large tent. I took out my incredibly smart phone and looked up the history of Williamsburg. Turns out Williamsburg was once a thriving mill town that suffered a catastrophic disaster when a new, albeit poorly, constructed dam burst, sending millions of gallons of water into the town, destroying most of the mills, homes, and claiming over a hundred lives. Which pretty much was it for the mill industry here; because why bother? Mother Nature won. The event is chronicled in two award-winning books, In the Shadow of the Dam (by Elizabeth M. Sharpe) and American Phoenix (by Sarah S. Kilborne). Both of which I have no intention of reading. But you should, I guess, if water-based tragedies are your thing.

I hear my name!

This mayo-based Lobster is served with crisp lettuce, crammed into a roll, and a lemon wedge. For my side dish, I selected sweet potato fries, which were crispy and delicious. They even gave me two ramekins of homemade (or truck-made) sweet honey mustard for the fries.

Local Burgy doesn’t serve alcohol. Not that it stopped anybody from cracking open brews brought. The combination of picnic atmosphere, beers, and good food felt like a family reunion, except for the fact that I didn’t know any of these people. So, exactly like a family reunion!

A few days later I met up with my friend Joe in a town called Easthampton. The place was called Captain Jack’s Roadside Shack. It really looked like a shack, and was just off the road. Can’t verify if there is indeed a Captain Jack. 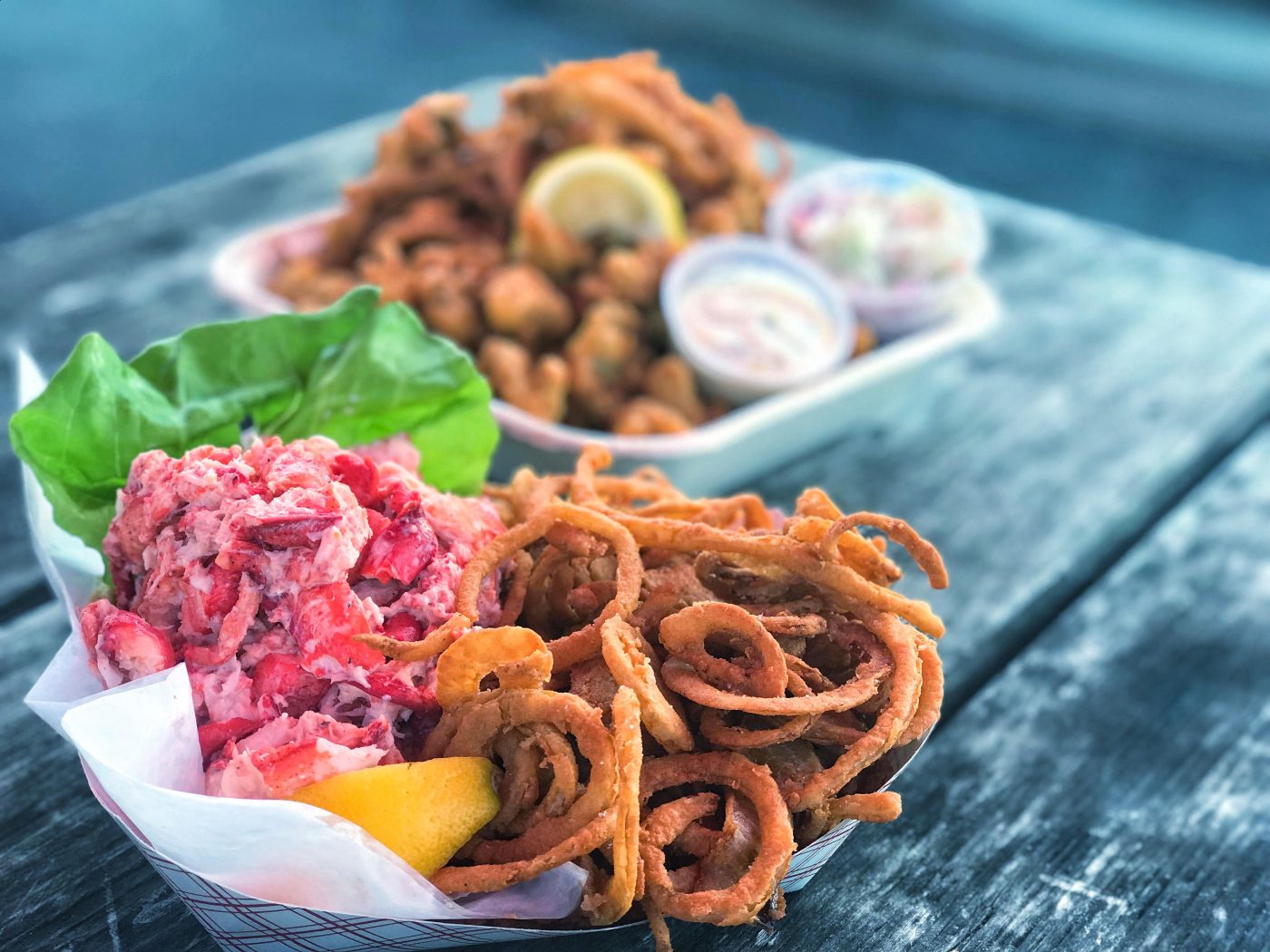 This sammie was a bit more pricey than the one at Local Burgy — $20 — but more than made up for it in portion size. Seriously, this was one hell of a sandwich. Plentiful lobster meat, piled onto a buttery brioche bun, this would instantly get two thumbs up, if I weren’t using both hands to hold the sandwich. Captain Jack’s forgoes the mayo for a mixture of butter and lemon juice, which, frankly, I preferred. I’m a bit of a health nut and that mayo goes straight to my thighs. Since sweet potato fries weren’t an option, I went with onion rings. Maybe I said to the counter guy “All the onion rings!” because that’s what I got. Too many onion rings. Don’t get me wrong, they were good. Just…too many. Thankfully there was a dog sitting nearby named Lefty who helped me eat them all*. I also ordered a plate of fried clam bellies, because again I’m a health nut who plans on living well into his 40s. Those were also a hit. I choose to live with no regrets. You should too, so order both.

Captain Jack’s doesn’t have a liquor license either, but they do have a sign that openly encourages the BYOB lifestyle. Which people happily did. Including Lefty. Who didn’t even have the decency to offer me a beer. The jerk.

*It’s been brought to my attention that onions aren’t good for dogs to eat. Lefty was fine, but if you’re gonna order the onion rings, make sure to only feed to other humans. Or birds! Birds love fried foods**.

5 THINGS TO EAT IN NEW ENGLAND

Lobster rolls and clams are obvious, so here are 5 treats indigenous to the northeast region you should really know about…

Every year in Concord, MA, reenactors replay, in faithful detail, one of the most famous battles of the War of Independence. And we always win! 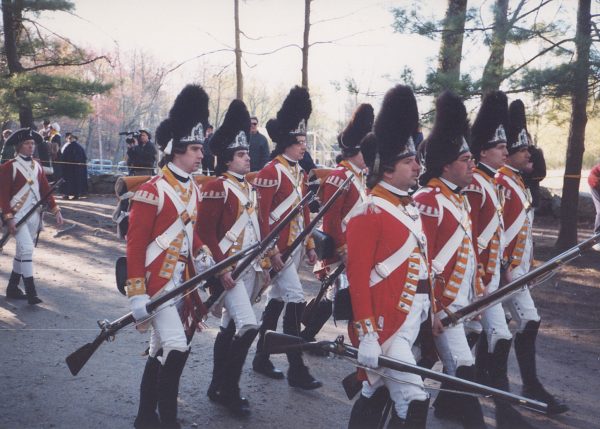