Daniel Boulud arrived in New York in 1982 — the bad, good old New York that everyone is sentimental for now, including me — and eleven years later, after working around town, this French born chef changed the NYC restaurant scene profoundly and to some degree permanently.

In 1993 he opened the simply named Daniel, high up Madison Avenue, nestled in the wealthy bosom of town. It was a culinary revelation. The food was startling, even to jaded, world traveling palettes. It was as superb, and the dishes as imaginatively fresh, as the best, most exclusive and expensive restaurants in France. 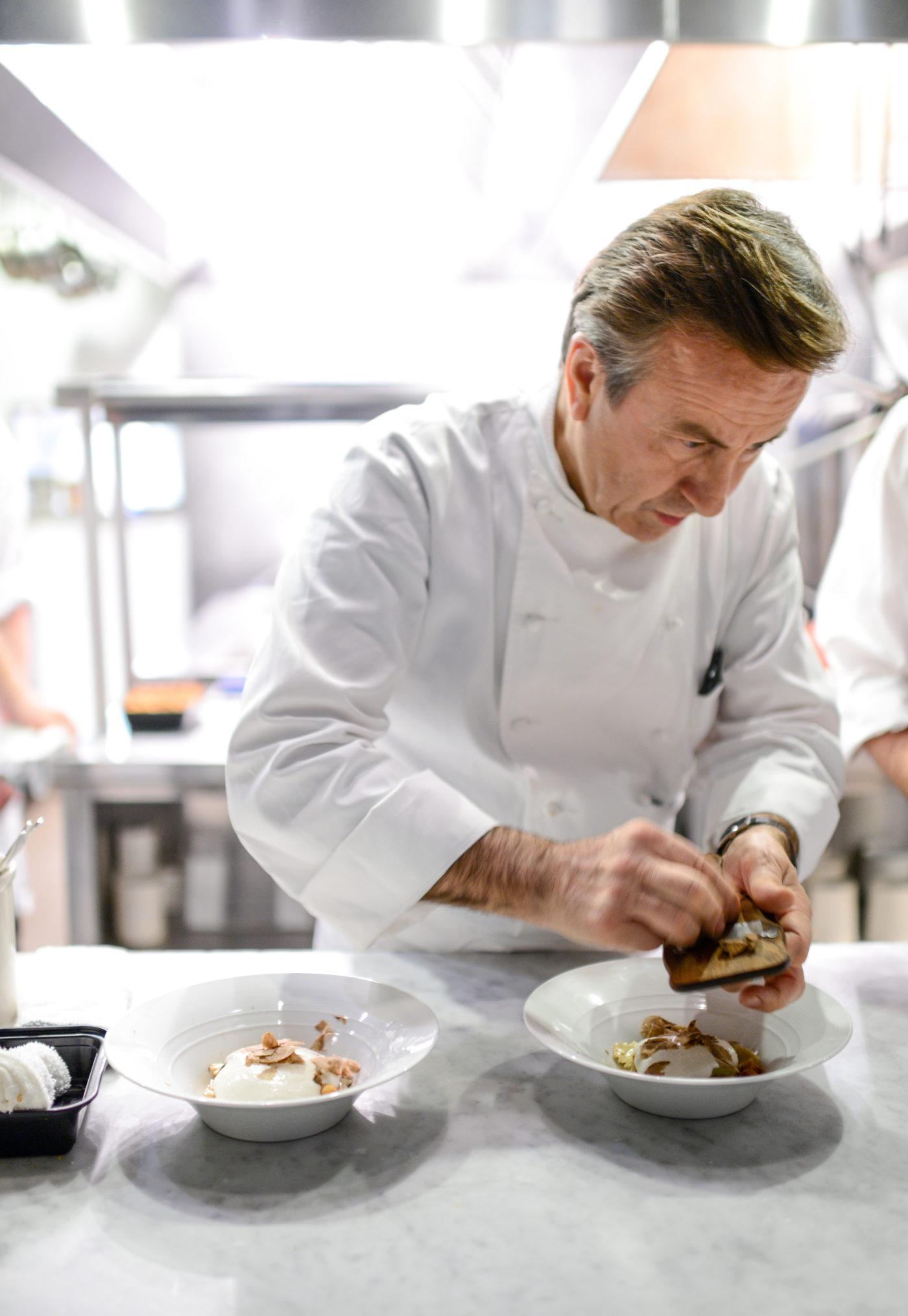 And there was an unprecedented excitement around it, even in this city that wearily starts every conversation with some version of “seen it!” We hadn’t seen its like before. There were grand and gastronomically exceptional restaurants prior to Daniel — Lutece, Le Cirque, Four Seasons, to name the only three I can think of right now — but Daniel wiped the slate. Its food was ethereal. The restaurant was just the right amount of elegant and adult, but not too formal, never stuffy, and sophisticated fun.

It seems, to me at least, that this heralded the now bloated era of the event-reservation restaurant, where everyone who’s ever made a ham sandwich on TV opens a place and creates a bottleneck to get in. Daniel also precipitated the concept of the star chef, whose name was spoken with knowing respect and not a little reverence. It certainly predated the now obnoxious ubiquity of the celebrity chef.

There were no gimmicks at Daniel, and there haven’t been any — remarkably, laudably — at any of his subsequent restaurants, of which there is now an international legion. There are a further five in NY, with a new one on the way, One Vanderbilt, near Grand Central Station, and a handful more in the US, as well as in Singapore, London and Canada. He has a basket of Michelin stars and a closet full of James Beard Awards. And he’s written nine cookbooks.

What do you think is the most interesting cuisine in the world, not necessarily the best?

I love Brazilian cuisine. I have had many occasions to go to Brazil. Their traditional food derives from a kaleidoscope of immigrant cultures and unique ingredients. 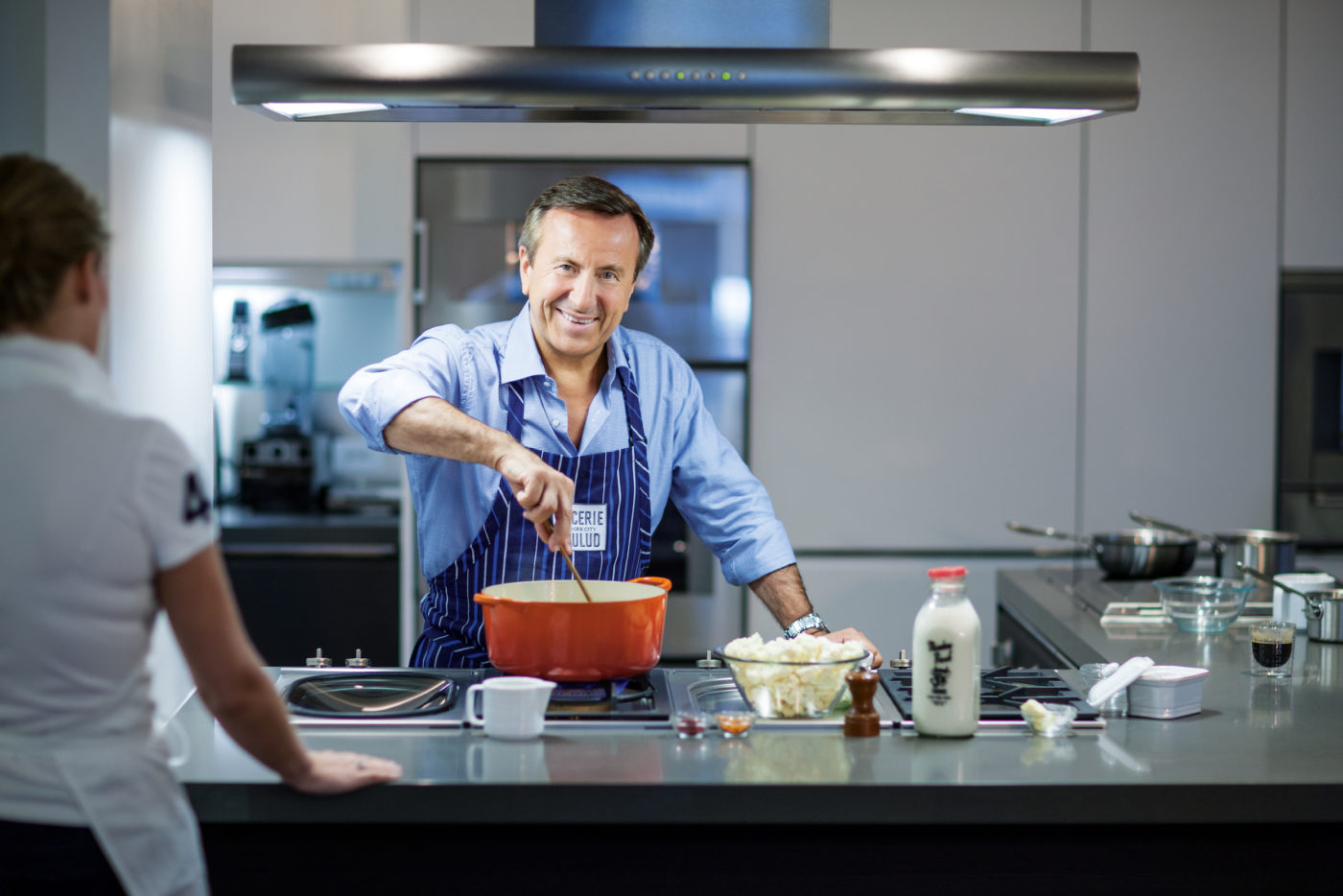 Home cooking: Daniel at his house in Normandy

What chefs, and restaurants, are currently doing fascinating things with food in your mind?

In my opinion, France endlessly continues to innovate and reinterpret its cuisine. Interestingly, there is a rising success with foreign chefs cooking in France. As far as restaurants go, I am impressed that 70 years later, César Troisgros, the fourth generation of chefs at Maison Troisgros, is reinventing where the Troisgros legacy stands today. As a foreign chef in France, Mauro Colagreco is one of the most talented young chefs today. The combination of an Argentinian-Italian cooking in France brings creativity to its best.

What has been your most diverse inspiration for your cooking?

Having grown up in France with the four seasons and living in NYC during the 4 seasons, creating menus for more tropical places is always more counter-intuitive to my upbringing as a chef and what I am known for. At Café Boulud, for example, our Voyages menu changes every so often, so that we represent a country’s cuisine requiring me to get out of the French box and explore other cuisines such as Vietnamese, Korean, Italian and so forth.

Where have you consistently had the best food, where is it almost universally excellent and thrilling?

Apart from France, Italy is where I always find pleasure, inspiration, and connection in its soulful cuisine and terroir. 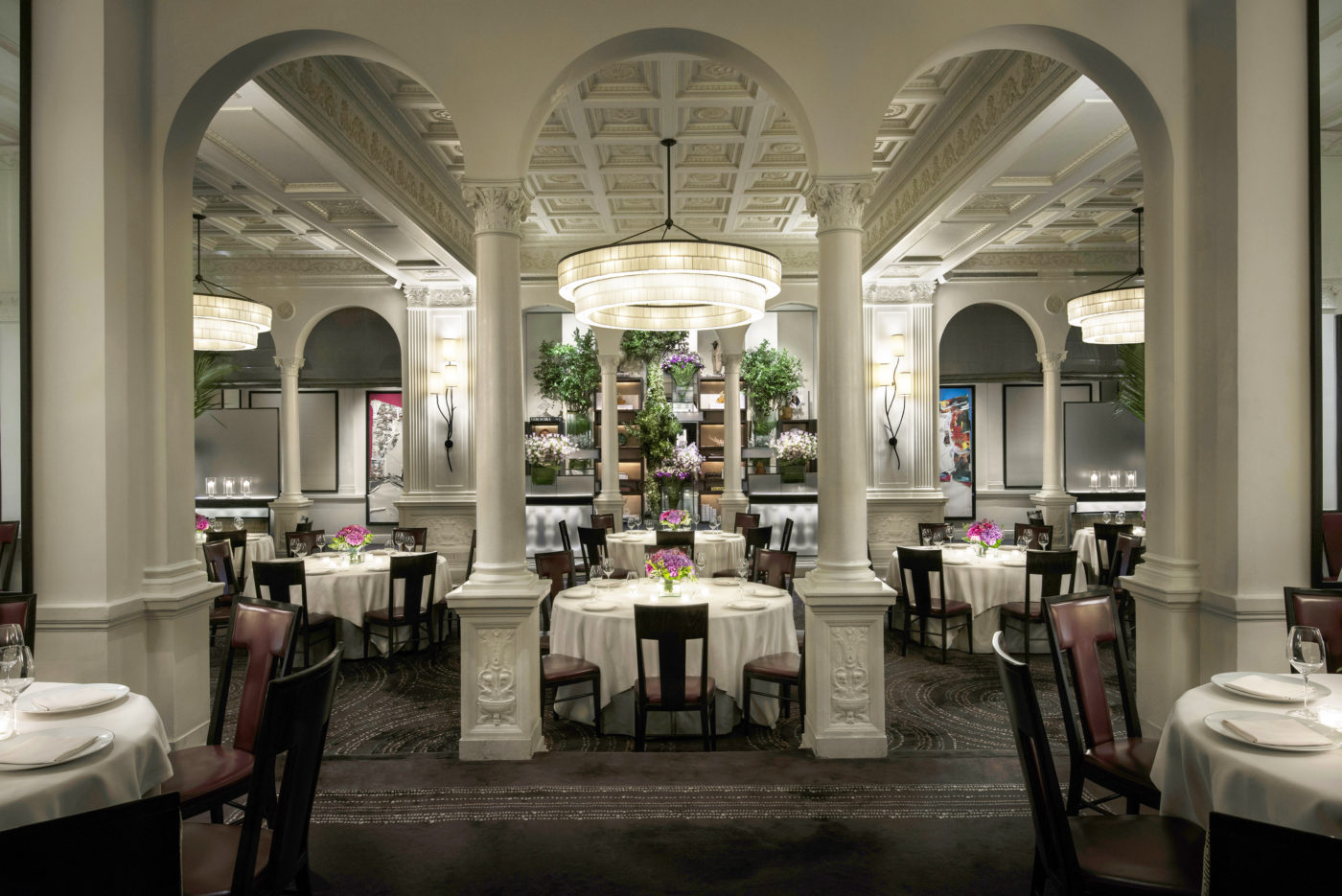 The main dining room at Daniel in NYC***Francesco Tonelli***

What was the most interesting or bizarre meal you ever had?

Must be the one I had at Alinea in Chicago, where the entire meal was theatrical, interactive and unique. This is typical of Grant Achatz who is a detractor of conventional things.

Every dish was artistic. Dessert was in the form of an apple balloon floating in the air where you basically kiss, inhale and chew as the balloon deflates. At the end of the meal Grant places a special cloth on the table and like Jackson Pollock he begins to splash things directly on the table while adding all types of crispy, foamy, crunchy edible textures. He placed a large chocolate sphere in the middle of the table, filled it with an assortment of fruity foams and mousses, pours liquid nitrogen into the sphere and smashes the entire thing!

What are the challenges of cooking on a cruise, given the fact you can’t nip out to the market for fresh herbs every day?

The quality, creativity and accessibility to better ingredients has immensely evolved on cruise liners. Challenges are everywhere. It’s all about adaptability. Cruise ships depend on strategic organization and great sources of supplies just like a remote resort would in the middle of nowhere.

What’s the most beautiful place you’ve ever seen, and where have you not been that you would like to go?

Peru. It is a place where I felt the most remote from civilization and where the ingredients at the street markets were so pure and fresh. Burma, Laos and Cambodia are places that I have not been to and must visit in this lifetime. I especially look forward to seeing Cambodia where my dear friend (former chef at Le Cirque and Plaza Athenée) Sota Kuhn is from. 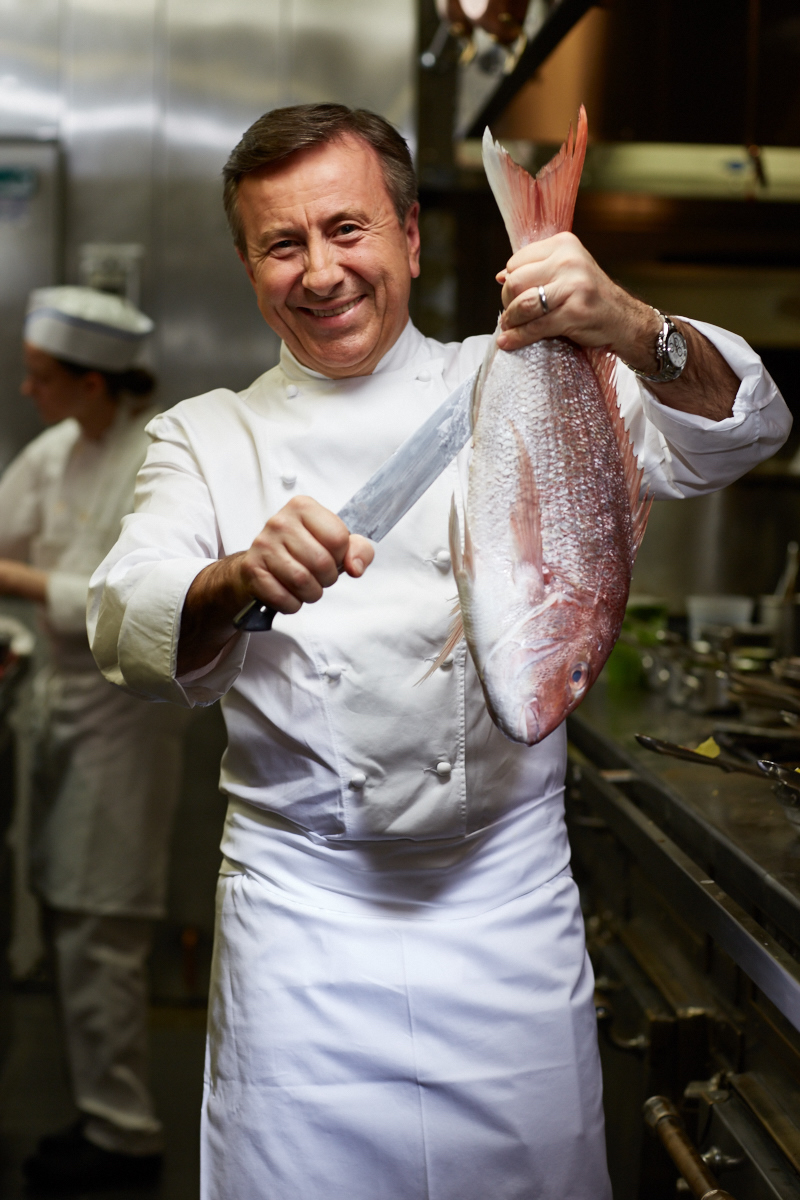 There was only ever going to be one winner… The diner who ordered fish!***Monte Isom***

Which cultures of all you have encountered have most surprised or awed you?

Japanese culture, where they have a reverence to ingredients and the seasons, commitment to tradition as well as an extraordinary eye for precision and perfection. The Indian culture where the aroma is complex, the flavors are vibrant and the food has deep soul.

The Bristol in Paris. I always feel like family there. There is also The Inn at Little Washington, [in the Blue Ridge mountains in Virginia] which exudes the charming hospitality of the south accompanied by the delicious cuisine of Patrick O’Connell.

What is the worst food you’ve ever had?

The worst food I ever had was at a mile-long Beijing food stall area where you could find eyeballs in soup, insects of all kinds; dried, fried, or stewed. So many weird things that I could not handle.