If you want to be astounded and emotionally inspired, and space is your consideration, (and lots of it), Al Ula, an oasis in northwestern Saudi Arabia, has just reopened its key heritage sites.

Hegra (also known as Mada’in Salih), is Saudi Arabia’s first named UNESCO World Heritage Site. Dating from around the first century, there are remains of 131 gargantuan sandstone tombs with elaborately carved facades, left there by the Nabataean people, nomadic Bedouin tribes who roamed the Arabian Desert between the second and fourth century B.C. They carved cities, including Petra in Jordan, into the area’s sandstone rock. Traces of Roman occupation can also be found.

The ancient walled city of Al Ula consists of mud-brick and stone houses established in the 6th century, the last remaining residents moved in 1983 to the modern town built in the 20th century.

In contrast, the wild avant-gardism of the Maraya Concert Hall, the largest mirrored building in the world, with 104,800 square feet of mirrored façade, reflects the rocks and the desert like a mirage. Opened in 2018, Andrea Bocelli, Lionel Richie and Enrique Iglesias amongst others have already performed there. Who knew what you were missing…?!

Branded, by themselves it has to be pointed out, as ‘The World’s Masterpiece,’ Al Ula is a unique place, a play on the skillful artistry of ancient civilizations who carved elaborate artworks into the rocky outcrops, as well as the pure and un-spoilt beauty of the geological rock formations and landscapes sculpted by nature, shown here in their first ever destination film, directed by Bruno Aveillan.

Now looking to make the area one of the most important archaeological and cultural destinations in the world, Saudi Arabia is collaborating with international experts to create hotels, a world class culture and art museum, and a nature reserve. Watch this space. 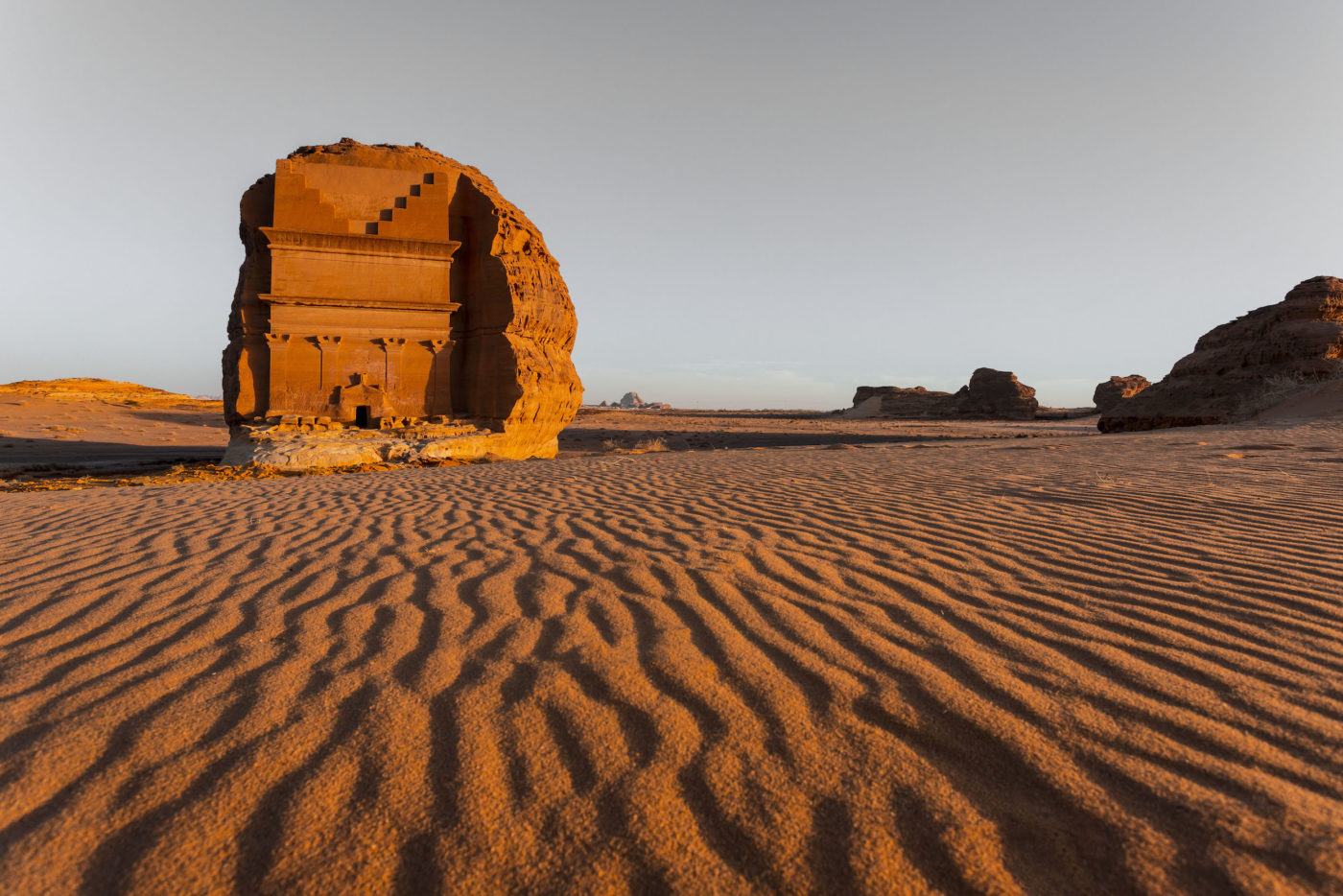 During the 1950s, the petroboom in the Middle East led to a vast injection of money into the region, leading to a sharp rise in tourism, and for the next 20 years, before Lebanon’s crippling civil war, Beirut became known as the Paris of the Middle East.

Roger Waters wrote a spoken word piece, Leaving Beirut, about his erstwhile freedom to hitchhike through the beauty of Lebanon in his youth, and his dismay at the state of the region, mostly inaccessible due to the war. This once crown jewel of Middle Eastern tourism is but a memory of a more stable time.

Yet, through all its turmoil, Beirut with its modern curiosities has remained resilient and is well worth the visit. Stunning current and ancient architecture entwines their past and future. In Beirut you can see a place in transition, with the ancient cedar forests written about as early as Gilgamesh, the world’s first legend, and where ancient structures are accentuated by modern brutalist architecture, embracing its luxurious but without washing away the pain of their wars. Beyond the amazing food, people, museums and culture, there is much to do here, on the crystal blue waters of the Mediterranean, in the cedar forests. Even skiing in the snow capped mountaintops! There is something for everyone in this city, long becalmed by the way. 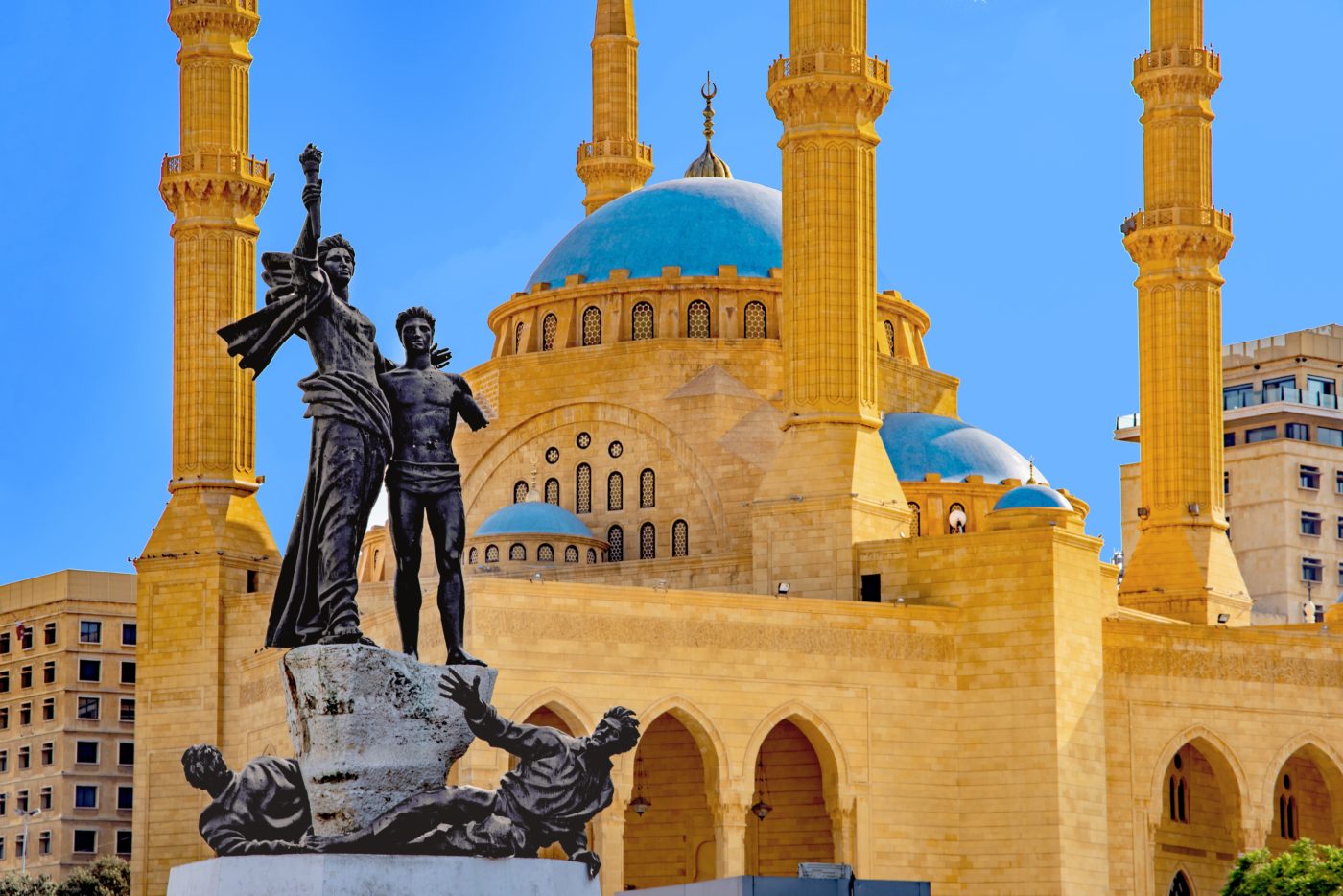 Though unfortunately damaged in the August 2020 explosion, the Mohammad Al-Amin Mosque remains an architectural marvel

The conventional wisdom that is Zanzibar is a palm fringed beach destination for post safari travelers. That’s true, but the island is so much more. It is a real melting pot, a crossroads between the cultures of Arabia, the Far East, Africa and Europe. The island is a vibrant pop of color. Aside from all things ocean — beach, diving, kitesurfing, the Indian Ocean dhow boat cruises, and the private island Mnemba, a great place to stay a while, FYI — there are visits to spice farms, and the magical, intoxicating Stone Town. In Stone Town, alleyways and rooftops are the themes! Getting lost in the maze that is the old city, peppered with all manner of markets, galleries behind ornate doors, etc. is golden. Similarly hovering above the city at any one of a number of rooftops delivers such a sense of place.

The dining experiences are the best I have experienced on any island. There are multiple, enchanting spice farms on the island — it’s known as Spice Island, perhaps not very imaginatively — and of course local seafood is phenomenally diverse and fresh. There are no shortage of great places to eat (look just a few items above on this list: No. 9, The Rock Restaurant) but definitely try Luukman, “The Food Cart at The Tunnel” in Stone Town. It doesn’t  have a name but everyone knows it, it’s the best in the business and a quintessential experience. To stay, in Old Town try the Emerson Spice Hotel, an exquisitely restored merchant’s house. Out of town, book into the extraordinary, luxurious Xanadu Villas and Retreat, on the beach on the south east coast, about an hour’s drive from Old Town.

Every year from October to March there is no better place in the world to swim with whale sharks, so for lovers of these creatures, and lovers of private island hideaways, I highly recommend nearby Thanda Island. (For more info, check out travelsommelier.com.) 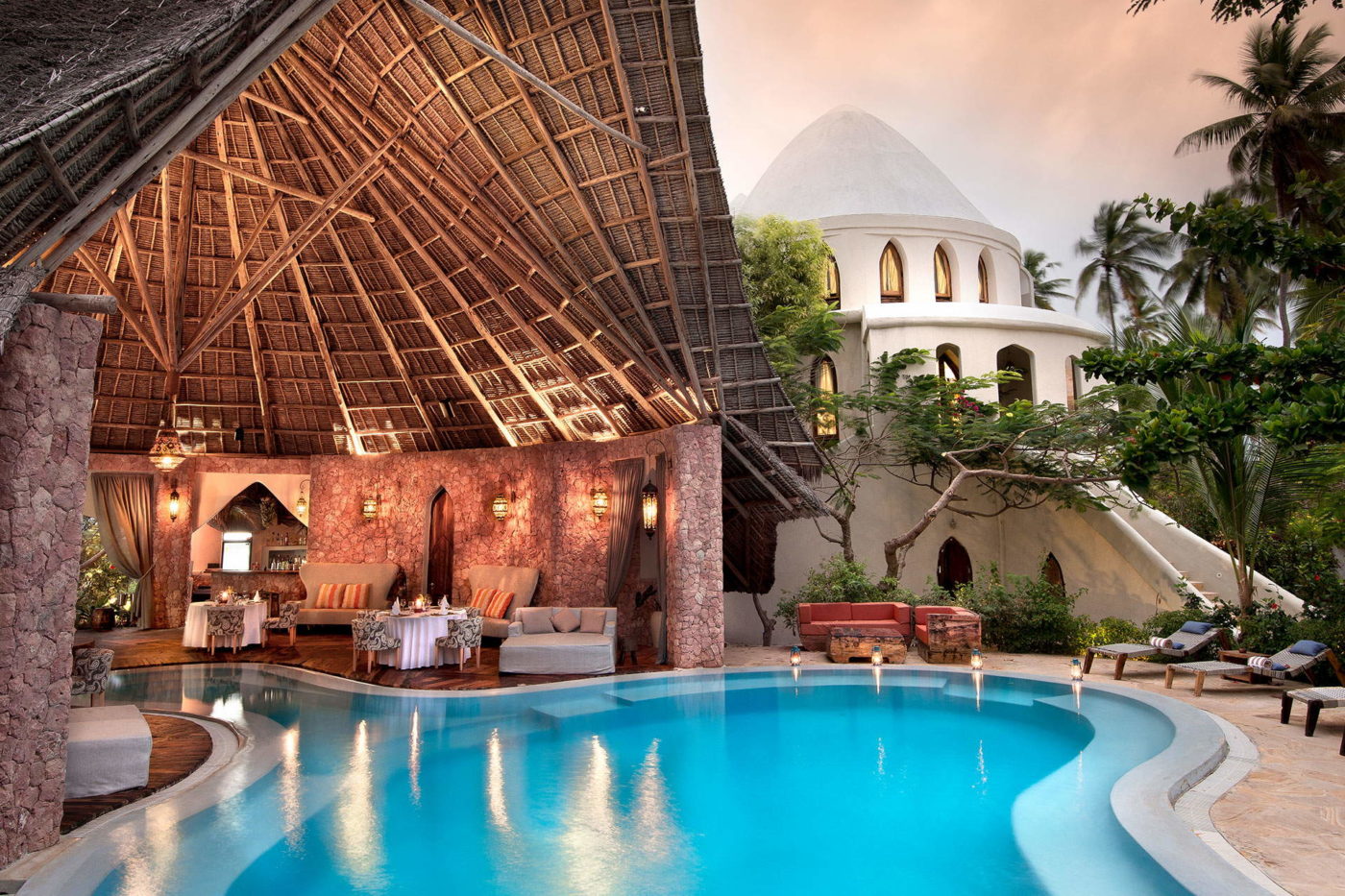 When I was a boy growing up in England, the Shetland Islands fascinated me, for no particular reason other than their savage exoticism of being the northernmost part of Britain, which I at the time, like just about everyone else in Britain, thought was the center of the world. Plus, they were (and still are, they haven’t moved) close to the Arctic Circle, a mystical land to a 9-year-old in the 1960s. And decades later when the beautifully filmed BBC crime drama series Shetland, based on Anne Cleeves’ peerless thrillers, came to America via streaming, I finally got to see the magical isles, which not so much satisfied my obsession as expanded it.

The region is officially known as Shetland, singular, but comprises 16 islands, all sparsely inhabited, as they have been since from around 10,000 B.C. Like their neighbors (relatively speaking) the Faroe Islands,  Shetland is full of dramatic landscapes and topography and unspoiled beaches, and a dyed-through-to-the-earth slow and traditional and rhythmic lifestyle. People are friendly, and like to have fun and are mostly untroubled by the swirl of neurotic Western life boiling south of them. The annual Up Helly Aa fire festival, on the last Tuesday of January in Lerwick, on Mainland Island, is a relic of their Scandinavian/Viking heritage, and something the islanders celebrate with gusto and not the least bit of self consciousness. 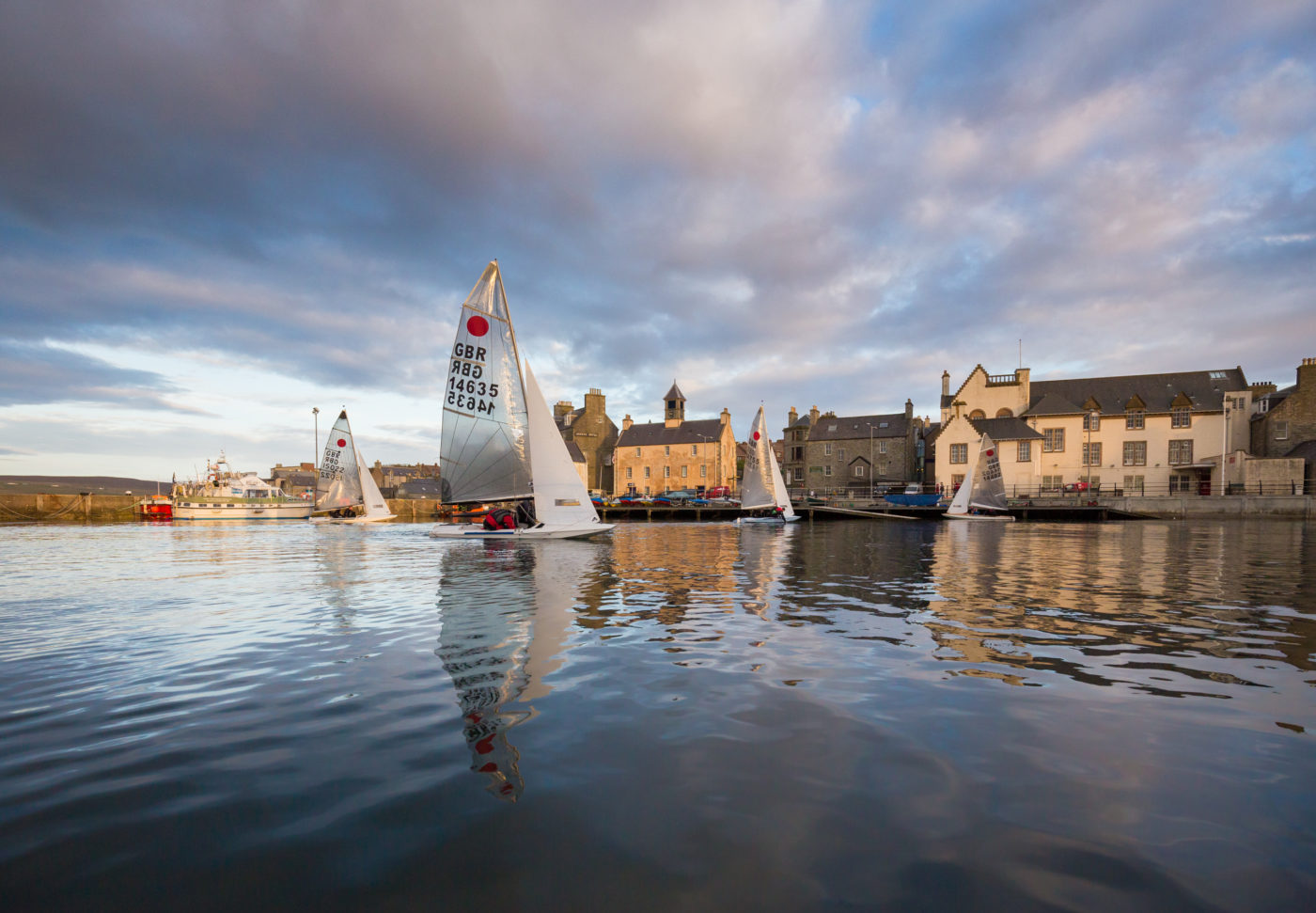 The Shetland Islands, the top place to go, at the top of the world